I was young and naive. Why would I know anything? I hadn’t even heard of the word ‘narcissism’, being love bombed and him doing all the right things. I didn’t see it. Why would I?

I was 17, him 36. Before I knew it, I’d had a child and then marriage followed. The questions he asked constantly: “Where are you going? Who with? What time will you be home?”

How stupid. I thought he cared. Before I knew it, I was 20 years in, and my brain was like mush. We had five children, and one of our children died, but I was afraid to show him my grief. Still alarm bells didn’t ring inside me. I just thought we had to grieve his way— which now, in hindsight, was to bury his head in the sand and forget that our son had died.

By the time I had our youngest daughter, I was seriously ill and had a 10% chance of survival. I struggled to get better without his support. He never did sit with me at the hospital or willed me to get better. No, he abandoned our newborn daughter at the hospital with me, his friends more important, but I still thought he was Mr. Nice Guy.

25 years in to married life, things started to fall into place. The number of affairs I’d found out about, but it was all my fault. I was worthless, ugly and a suicidal wreck. I believed I was the absolute problem. I couldn’t change it ‘cause he reminded me every day that I was lazy and fat, and if I didn’t do anything to benefit him, there was no point in being alive.

I tried on so many occasions to end it. It was the only way to escape him. I was trapped in this vicious circle. Family and friends stopped coming around. I only had him to rely on.

Two days after my birthday, he’d gone to work. I got up packed a bag, got in my car and drove over 200 miles away, as far away as possible from him. I was so scared.

That man robbed me of every bit of self-worth I had. I believed I was that useless human being and worthless to anyone.

That life was all I knew. He’d moulded me into something. I didn’t even know who I was anymore. The trauma caused a nervous breakdown. I’d hit rock bottom, while he carried on his smear campaign that I was this mental head case. He changed the locks on our family home we’d bought our children up in.

But three years later. I came back fighting, I’d researched everything about narcissism, tried to see what I was up against, and by God, he didn’t like this one bit. He stepped up the smear campaign bit by bit but was I sure as hell not backing down.

I’m fighting for every last damn thing I’m owed In that awful marriage, and I’m using every bit of strength to let people know I’m not that head case he portrays me as. I was, after all, his wife for 25 years and the mother to his children.

I’m not the narcissist, he is, and what gives me hope is my children. He turned all of them against me, fed them so many lies. They believed him, but I’ve got them back and now I’m faced with my two daughters being treated the way I was.

I’m now giving them the advice I needed to hear myself 20 years ago because if I’d listened to myself, then I wouldn’t have had to deal with emotional, physiological, and financial abuse. Now my dear daughters are facing their narcissistic father, and I’m a much stronger person now. I fear my daughters will turn into suicidal messes like me, and so I’ll fight not just for myself but for my precious children too.

It’s the least they deserve. One loving parent is better than having a narcissistic parent. I will not sit and watch my daughters be destroyed. 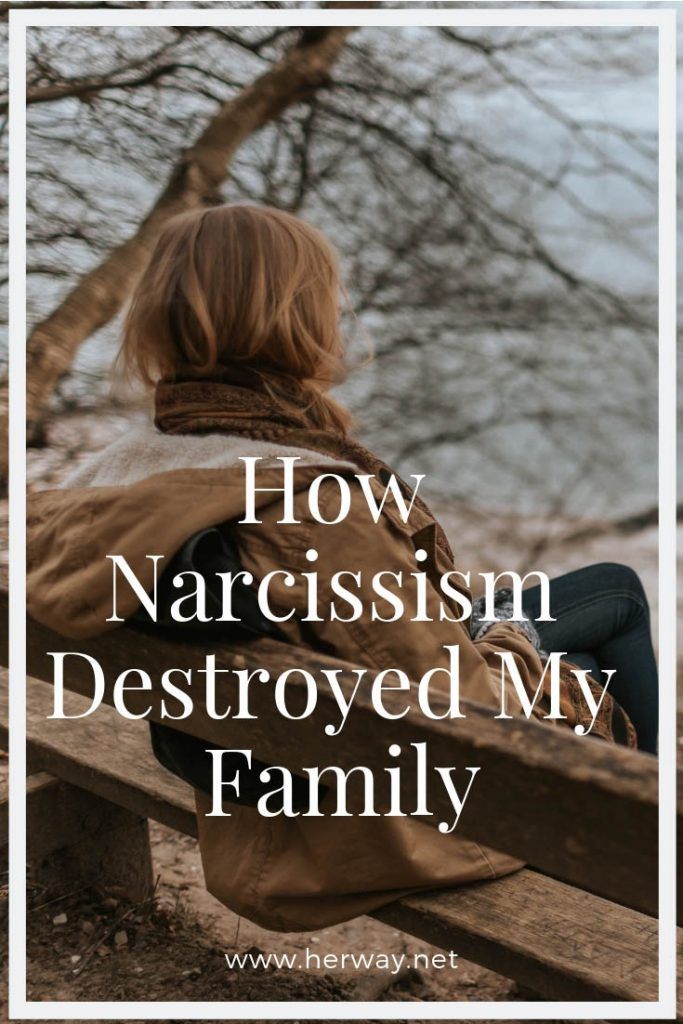