How can you not see you are all she ever wanted?

God knows how many girls are out there, like her, staring at their phones waiting for your text back. But there is no reply.

All that social media, and for what? So you could ignore her in 10 different ways?

Are you tired of being on a pedestal? Great, because she will take you off of it soonish.

You’re the only enigma she’s struggling with. She’s ready to give you all the love she has and to let you in her life, but it takes two to dance the tango.

The journey of life awaits you; the only thing you need to do is get on board. And you’re still standing there frozen.

You were (and you probably still are) her first option, the only option she sees and yet you go out there playing games—hard to get and playing with her feelings.

Because you know you can. You have that much power over her. She gave you that power because you promised her the stars. What she got so far was only dust.

She needs you to let her know you’re there. To show her you care.

What she appreciates the most is the effort you make for her. An effort to see her, to let her know you’re thinking of her.

And she’s ready to hold onto you until you’re ready for as long as you need. But if you show her that you will never be ready, she will walk away.

“You don’t have to cheat to lose your girl or your woman. You can lose her from the lack of communication, attention, and disrespect.

Blowing hot and cold may make you feel supreme, but it will backfire. You’ve done your best to feed her demons and insecurities. She keeps reaching for you, but you pretend not to see her.

With every look she directs towards you there is a story to tell. Are you unlettered? Or are you just being nervy?

She would’ve been gone a long time ago, but you keep doing the same thing over and over again—when you see her pulling away, you show up and it’s all rainbows and butterflies for a while.

The pattern is always the same: you come back, make a promise you’ll be there, kiss and hug and then you’re out again.

Nevertheless, she’s still there. She’s still hoping the two of you are meant to be. But, it won’t be long before she realizes her value and decides to kick you out of her head.

What you fail to realize is that she’ll get tired eventually.

Her giving up doesn’t mean her stopping to care for you. It’s just that there is a certain amount of yourself you can give in vain, and she already gave herself all in.

Don’t wait until you’ve lost her to realize what she means to you.

You know she’s the right one—but you are not fighting for her.

It’s like you enjoy the game that you’re playing. The only problem is that you’re oblivious of her strength.

As much as she’s strong enough to love you unconditionally, that is how much she is capable of leaving you.

Just because she didn’t do it yet, it doesn’t mean she won’t do it at all.

There is someone out there who’s gonna give her the love she deserves. 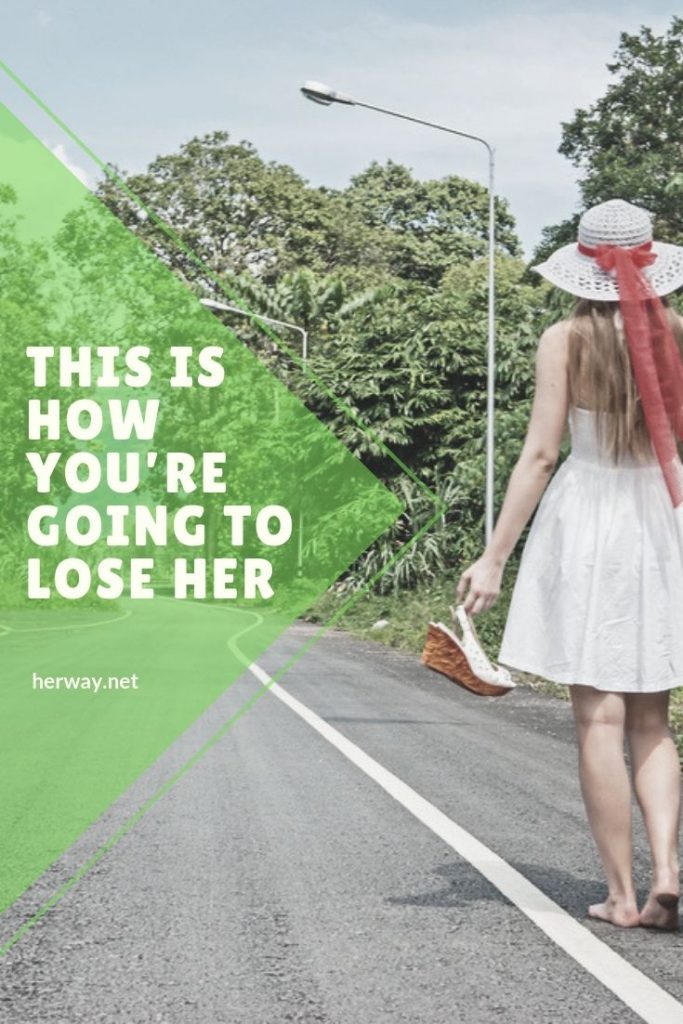