The worst thing you can do to yourself is to put your time, love and energy into a man who doesn’t deserve you. Don’t bend over backward so things would work out. There is a line to everything and when it comes to fighting for someone who doesn’t appreciate you, you’re the one who needs to draw it.

It’s very admirable to put yourself out there in the dating world, to forgive people who’ve wronged you, and to try and make things work with that stubborn guy you just can’t seem to get over. But when everything has been said and done and when he wants you in his life but doesn’t make a single effort to deserve you, it’s your duty to guard yourself and give up on him and on the toxic relationship.

Give up on the guy who can’t get his shit together. Don’t waste a minute of your time over a guy who keeps losing it, who can’t make things work in his life and who’s keen to blame everyone else for the bad things that happen to him just because it’s much easier to blame the world than it is to get up and deal with the bad things life throws at him. He’ll drag you down with him if you don’t give up on him.

Give up on the guy who is not willing to choose you. Don’t allow a guy who sends sporadic messages, slides into your DMs or throws a few likes on Instagram just to have you interested in him to lead you on. Because he isn’t ready and he will never be ready to move things forward. 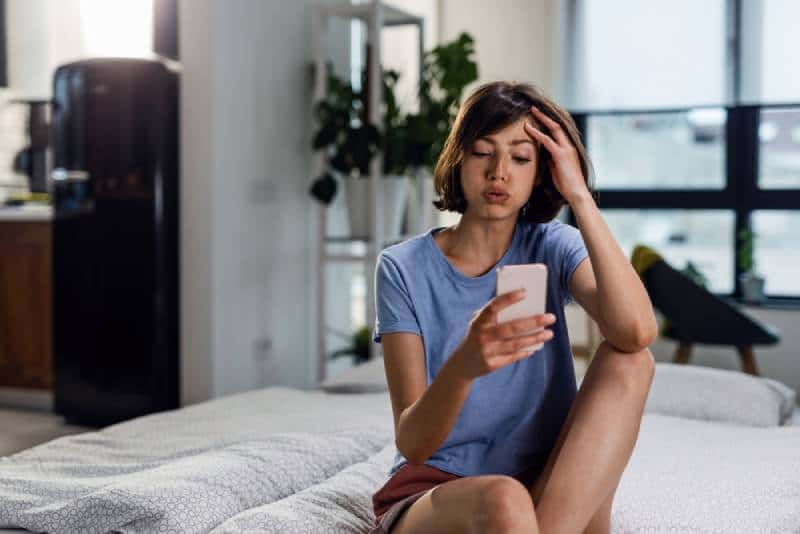 Give up on the guy who keeps blowing you off. Just because he makes plans doesn’t mean things will actually happen. If he pushes your scheduled dates constantly, if he only bothers to text you every three or four days and if he phases in and out of your life, make him not welcome in your life anymore.

Give up on the guy who tells you he has feelings for you but never does anything about it. Don’t let him breadcrumb you. Just because he talks and talks doesn’t mean that the things that are coming out of his mouth are true. Don’t ever allow him to treat you like an option or to keep you in reserve. You deserve more than that.

Give up on the guy who tells you he loves you but his words are never followed by his actions. It’s not love if he doesn’t show you. It’s not love if you can’t feel it. There is a guy for you who will show you what love really feels like, so don’t allow the wrong one to keep you from somebody who’ll know your value. 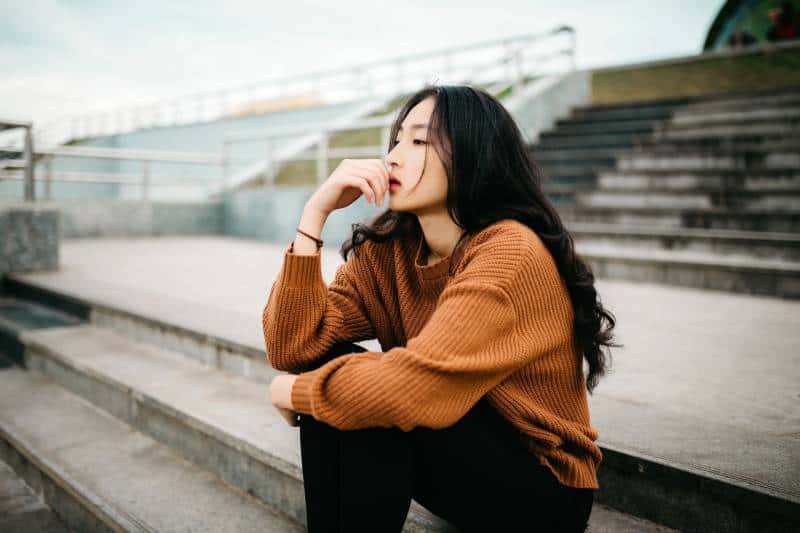 Give up on the guy who keeps blaming you for everything. Don’t allow him to call you names or put the blame on you. Don’t let him tell you that you’re the one to be blamed for everything bad that happens in his life. Never allow him to bring you down just so he can feel better about himself. Just walk away.

Give up on the guy who pretends not to see you’re angry and who’ll avoid you until you forget why you’re angry rather than face you and talk it through. Because nothing serious will ever come out of your relationship. He will never take responsibility for his actions, he’ll never act like a man and you don’t need someone like this in your life.

Give up on the guy who doesn’t take you seriously. If he doesn’t believe you will walk away or if he doesn’t want to change, don’t just let him hear your voice – prove to him you’re serious. Walk away. Stay true to yourself. Don’t allow him to treat you badly just because you fell hard for him. Never forget your worth because of him.

Give up on the guy who leaves you alone when you need him the most. Don’t allow someone who won’t be there for you to be a part of your life. What good is he to you when you can’t count on him? Don’t give your kindness so easily to someone who’d never break a sweat for you. 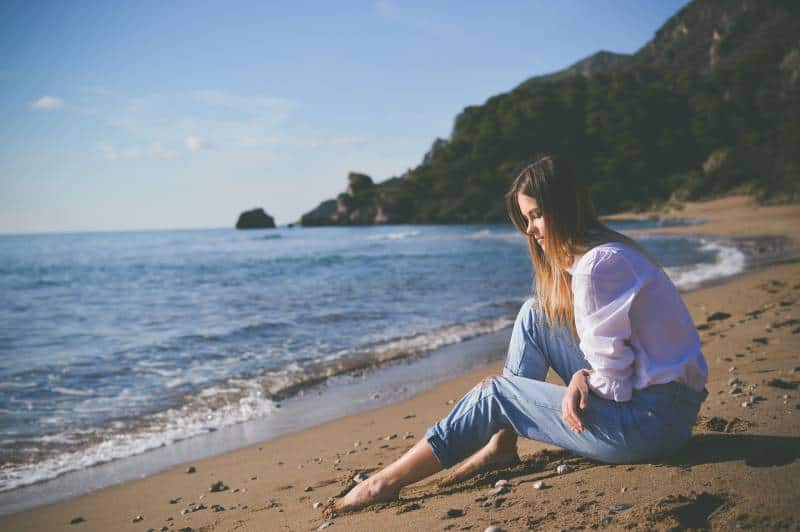 You’re the one in charge of your life, so stop being toxic to yourself. Stop giving your best to people who don’t deserve you. Stop giving more chances to guys who you should actually be giving up on.

Don’t ever settle for less. Don’t be humble when it comes to love. Make small things matter, but never allow your love to be a small thing. And don’t ever allow somebody to give you the bare minimum.

You deserve more than you can wrap your head around. You deserve to be loved and then proved to that you’re loved. You deserve to be someone’s priority and you deserve a guy who’ll make an actual effort for you. Anything less are only bullshit excuses of those who don’t deserve you, so do yourself a favor and give up on them.

Instead of settling for less, choose to wait for someone who will give you the world. Choose someone who’ll make you feel alive, who’ll make sure you’re happy, who will never allow you to fall asleep sad or angry with him. That’s the least you deserve.

Stop giving yourself to someone who keeps proving he doesn’t deserve you. Don’t allow him to keep you from someone who actually deserves you. 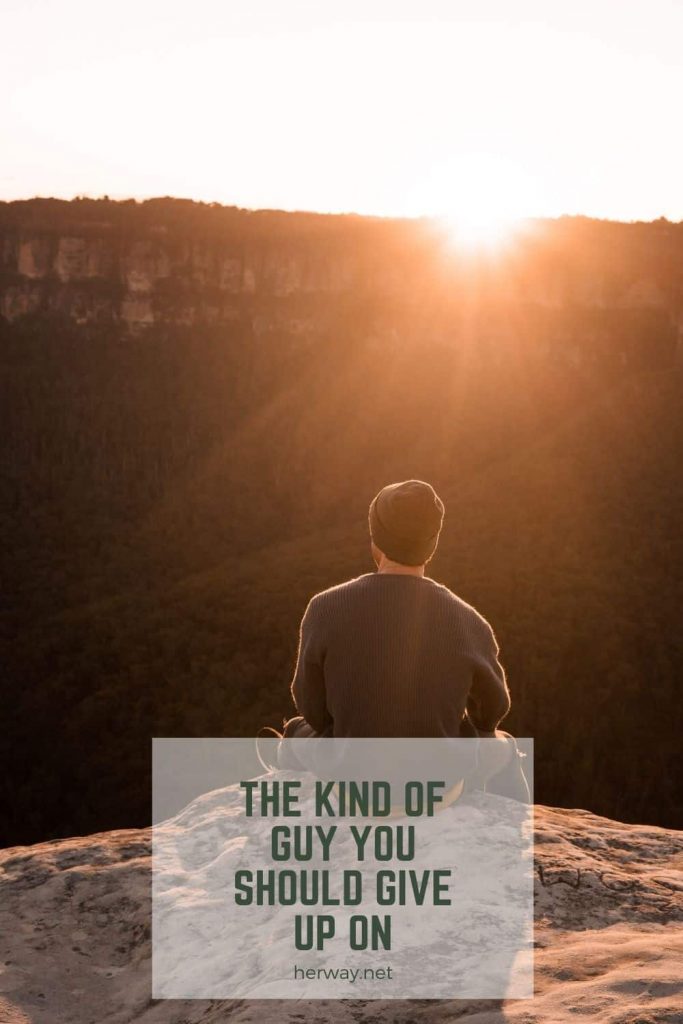