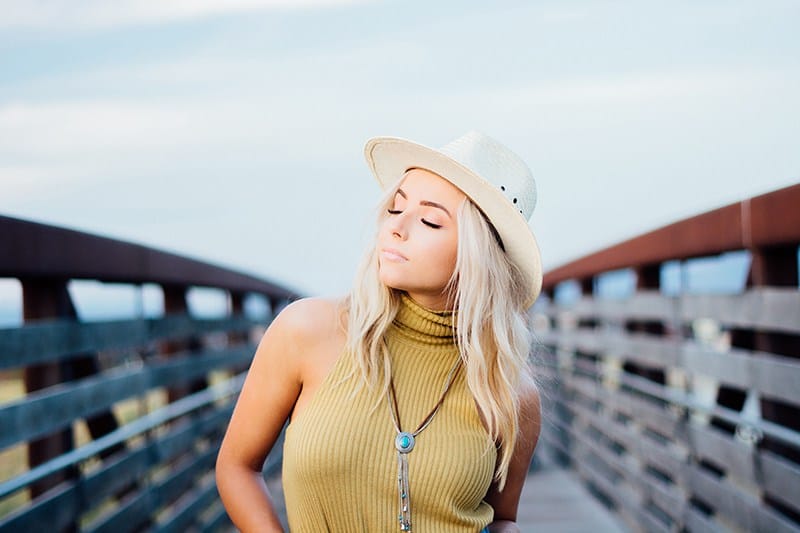 As soon as an immature man meets a real woman who knows what she wants and isn’t afraid to get it, the first thought that comes to his mind that this girl is overly demanding.

He immediately becomes intimidated, fearing that he isn’t good enough for her and ends up accusing her of being too picky when it comes to men.

Accusing her of demanding too much and of being a spoiled brat who needs pampering and who waits for her Prince Charming to ride into her life on a white horse.

However, the truth is quite different.

You see, when this girl loves you, she will move mountains for your sake.

She will do everything in her power just to make you smile and for you to be happy.

Nevertheless, there is one thing she’ll never do for a man, no matter how deep her love for him is.

She will under no circumstances give you her entire self and put all of her effort without you giving anything back to her.

She won’t be the only trying while you are giving your minimum, while acting like you are the best man she could ever have the luck to meet.

The last thing this girl is ready to do is to waste years of her life waiting for some mamma’s boy to grow up and figure out what he wants from life.

She won’t sit around, patiently waiting for you to come to your senses and to finally get your shit together.

This is the woman who won’t lower her standards for any man, no matter how crazy she might be for him.

Yes, she will appreciate everything you are doing for her but she will never praise you for giving her less than she deserves.

So if you plan on knocking this lady off her feet just because you have the decency to text her from time to time or by buying her flowers just because it is a special occasion and you know something like that is expected of you, think again.

If you think that not cheating on her and not being abusive will make you the best boyfriend material, it’s time for you to reevaluate your worldviews.

What you need to be aware of is that things like faithfulness, loyalty and effort are expected in a normal relationship and they are not a part of any special treatment.

I know that modern dating has tried to convince you that you are the best guy ever just because you agree to put a label on your relationship or because you don’t go around screwing every female who gives you a chance while you have a girlfriend patiently waiting for you at home, but none of these things make you special–they are required and they just make you a normal boyfriend.

Trust me–this girl won’t appreciate you coming back to her after dumping her, being thankful that she has you one way or another.

She won’t praise you the moment you show her a little bit of your attention or when you give her breadcrumbs of you love, thinking they are more than enough.

This doesn’t make her ungrateful or spoiled; it just means that she doesn’t want to settle for anything less that she is giving.

It doesn’t make her stuck up or full of herself.

Instead, it only means that she is very well aware of her worth and that she doesn’t want to be with a man who doesn’t see it or who will try to diminish it.

It means that she isn’t scared of being alone and that she would always rather stay single than be with someone who doesn’t fit her standards and doesn’t see and appreciate her worth.

So if you are not a man who can give her everything she needs, be wise enough to walk away from this girl in time.

Don’t even try manipulating her into thinking that you are someone you are not because she will see right through you.

Don’t try playing her because she will beat you in your own game.

However, if you think you have what it takes to be her life partner, prepare yourself because you are about to experience a love you’ve never experienced before—the type of love which only a strong woman like her can give you.