Recently, I went out for drinks. I met someone at the bar, and after we got to talking we discovered some absolutely crazy parallels between our marriages, our divorces, and even our former spouses remarrying. Yes, mine will be remarrying in less than two weeks if you can believe it.

As the conversation went on, there were moments I felt bad I was talking so much in the past. As much as I openly write about it, and like confronting it, knowing that in doing so I am actually continuing to heal, it’s not really something I like to talk about for too long.

I find that it bores people, but she wasn’t bored. I find that people think it’s odd to talk about the past so much, but I don’t do it because I’m not over it.

It’s not their fault, and I don’t harbor resentment that most people cannot possibly begin to fathom the fear, the terror, the anger, and the sadness that I have been through.

I get messages from people that my writing speaks to them, or has helped them, or they thank me for sharing what I do. That keeps me going. That, and the fact that a totally unexpected side effect of me sharing my very personal life with others is that I would heal myself. 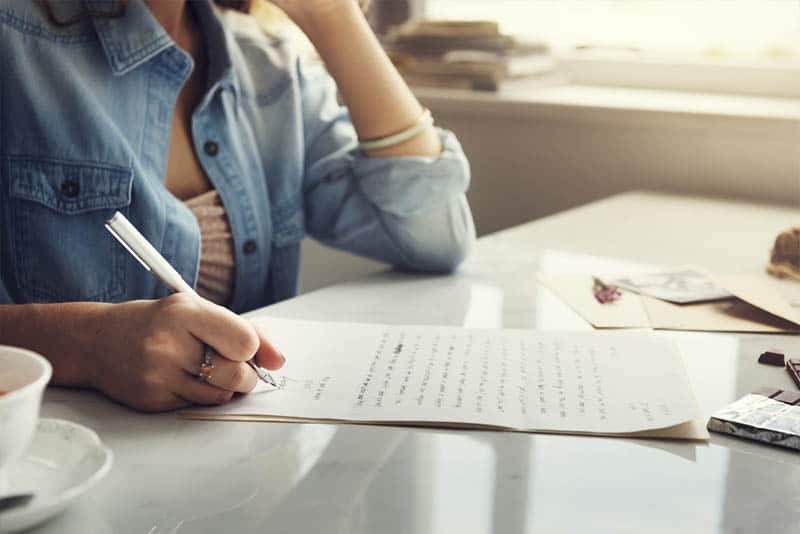 But I realize now, that in doing so, in sharing these very personal stories with you, and just in my private life as well, that my divorce defines me.

Now, when I say that, I certainly don’t mean that it’s the biggest aspect of my life, because it isn’t. Think about it. What else defines me?

Being a mother defines me, my career defines me, my blog even defines me at this point. It doesn’t mean I am only a mother, or a writer, or even just a divorcee (I’ve always wanted to say that word even once to try it on for size). It is not the end of who I am, but yes, it is very much a part of who I am.

Furthermore, I wouldn’t have endured years of emotional abuse, years that sometimes come back to haunt me. Years that while they tore down who I used to be, also helped build the woman that I am. And is that a bad thing?

I suppose I could lie to myself, and tell myself that my divorce doesn’t define me, but that wouldn’t be authentic, and I pride myself on being authentic.

The fact is that in my day to day life, there are always times when I catch myself slipping in the words, “My children’s father,” or, “my X” or, “When I was married…” because it took up the space of half of my life, so to pretend it didn’t exist now seems absurd to me.

That doesn’t mean I have to live in the past, or carry all that hurt with me, but to say that there aren’t times that those old feelings of insecurity don’t pop up is a bald-faced lie. I am not the person I am sitting here at this laptop if I am not the woman who has been through hell and back.

I can hold my head high. I am moving forward. I am moving on, and I am doing it with grace, style, and an impressive amount of strength, but I am still the woman who allowed a man to control her for over two decades.

I may be in a place where I would never allow that again, but to pretend that part of me doesn’t exist is not only untrue, but it is not fair to who I am today.

It is not acknowledging that the woman before you today has had her share of trials. It is pretending as if I don’t know what it’s like to love someone who will never love you back, because they can only love themselves.

It is as if I had a disease that ravaged my body for 20 years, and once it’s healed, I never speak of it again. It is most definitely a part of the words you can use to define me. And I am more than okay with that. 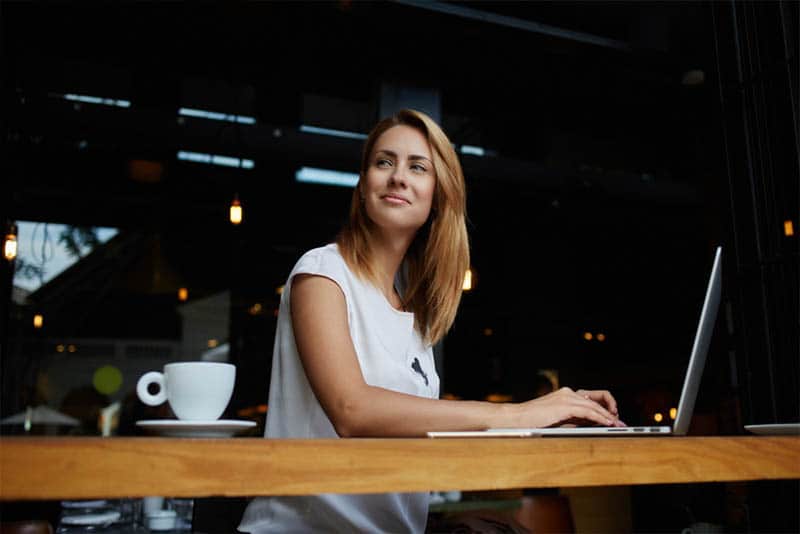 The world exists within polarities. My divorce defines me, an aspect of who I am anyway. It’s not the final word on who I am. It is not the end of my story, but it is a chapter I would remiss to ignore.

So yes, it felt weird to be sharing these things with someone, other than my page. It felt almost ‘wrong’ at first, to speak these horrible things from my past, to not relive them, but to talk about them as if they were as simple as which melon I chose at the store last night. It created a sense of connecting on a deeper level with someone else.

They made me feel not so alone. They made me realize I am a divorcee who was in an abusive relationship. They helped me to be okay with the fact that I will always have a small part of me that asks if I am good enough. They remind me there were worse times than what I’m going through now.

Lately has been a bit tough on me mentally. While I am obviously in a much better place, I have a lot on my mind, and being a single mom, there’s no one to help get everything accomplished. My mind goes pretty much non-stop, and I’ve even had to change my anti-anxiety meds to actually get some sleep.

She, having purchased her own car and home, in only her name, and having a successful career in her own right. These are things that some might take for granted, but I know exactly how she feels.

You see, my car is only in my name because his credit was so bad we couldn’t add it. I have gone from someone who, at one point, had $55 to my name, and no idea how to pay my bills, to someone who has made that car payment every month, and it’s not small.

My only debt is student loans and the car note, which I hope to pay off in less than a year. I no longer receive disconnect notices, or fear each day for how I will take care of my family, because I am doing it on my own. There was a time, that I can clearly remember, not knowing how I would do all this and when I was married, my financial situation was actually far worse, on much more income.

I am getting ready to take my kids to see the ocean, something my oldest has asked to see since four years old, and we could never afford it together. I am doing it. I told her that I love paying my bills, because I can.

I suppose most people hate paying bills, and I can understand that too; after all, it greatly diminishes your expendable income. But for someone who used to live in constant fear of money, and anxiety that there was never enough, there’s enough.

While I still have the goal of traveling and buying my own home, with only my name on it, I can recognize, and be proud of the woman I am today.

So yes, my divorce does define me.

It has turned me into a self-made woman. It has made me stronger than I ever dreamed I would be. It has forced me to spend time on my own, getting to know this beautiful soul that was housed within this body all these years. I am not upset that it defines me either. I am actually quite proud.

What defines you? What tragedy or difficulty from your past has helped create the person you are today? Something from your past that you once wanted to run from and leave far behind? Embrace it.

I encourage you to embrace those difficult parts of us we find hard to swallow because they make up exactly who you are today. And when you begin to reflect on the things you have left to accomplish, remember how far you have come from the person you were.

Think of how proud that person would be to see you today. I know the woman I was two years ago would not only be shocked at the woman I am today, but she would be proud, and completely inspired. 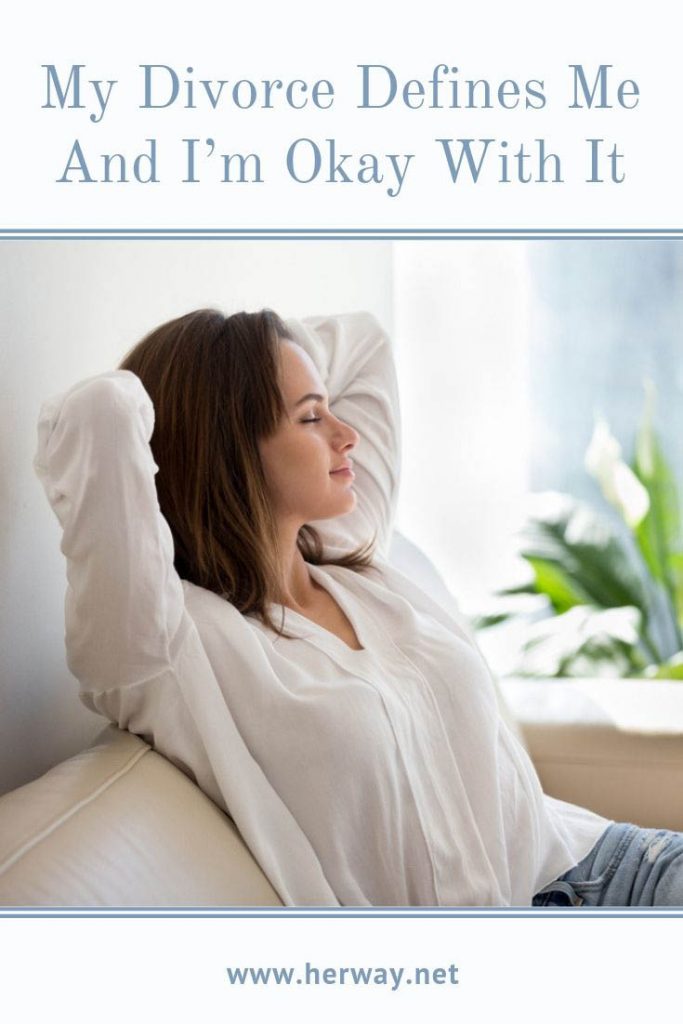 […] are so many things that people don’t know about life after divorce for men. Many people aren’t even aware of how divorce affects us also; it changes our lives […]

The Destruction of Divorce: Rise Above the Ashes

[…] I have been through a divorce. A very messy one, in fact. I’ll even venture to guess it’s in the top one percent range for messiness. I’ve felt all of these emotions and then some. But, you know what? Had I never gone through this formidable phase in my life, I would have never truly understood who I am. Things had to happen exactly as they did, be just as messed up as they were, so I would reach an understanding about myself that I believe was orchestrated by divine intervention. Had I not experienced this, I would have been stuck in stagnation with all of my sins, and turning a blind eye to all of my ex’s sins, trying to minimize my inner loneliness and depression just long enough to continue coasting. What kind of life is that? […]