I want you and I’ve been wanting you for a long time. And I want us to finally be serious about our future and about life. I don’t want to be stuck in the same spot my whole life and I don’t want to be one of those people who is not moving anywhere.

I know we’re capable of achieving so much more, I’m just not sure why we aren’t.

We could be so much more and we could be going places, but something has kept holding us in the same spot for a long time now. I don’t like it.

I’m adventurous and I want to be able to look back on my life knowing that I made the best of it. I want to have only a few regrets or no regrets at all. And knowing that I stayed in a relationship that wasn’t moving anywhere for too long is something that I’ll regret at some point in life.

See, this is something I can’t allow.

I hate labels and I hate making promises but truth be told, now I need both of those.

I need to know we’re not just some irrelevant stop-off in each other’s lives and I need to know that we’re both on the same page.

I don’t want to be a victim of an almost relationship or that woman who was hoping to get something out of a man who was just messing around. No. I’m just not going to willingly waste my time, my efforts and myself on something that has no future whatsoever.

Sometimes things don’t need to be complicated in life too much.

If you want to be with me, be with me. But only me. Be with me and don’t play games. No other options, no other girls, no messing around or putting others in front of me.

If we’re doing this, let’s do it right. Because if we aren’t going to do it right, what’s the point in doing it at all?

Don’t make me wonder what are we.

After all this time, I think that both of us deserve more than to be stuck in a nameless relationship wondering what we mean to each other.

I’m not afraid to tell you I want you. I want all of you and I want just you with me in this relationship. So if you’re not ready to do the same, if our wishes don’t overlap, let’s not waste each other’s time.

Let’s not create an illusion that we have a future together or that we’re going somewhere.

Don’t let me keep hoping that we’re something more than we actually are. Just be true to me—I deserve at least that much.

And if you don’t want me as much as I want you, then just say it. Say you’re letting me go. Say I’m allowed to move on and that you’re just not ready to commit.

I’ll understand. It will hurt and it will shatter all my hopes and all my dreams I had for the two of us, but I won’t make you commit to me. I don’t want that.

That’s not how things should go between two humans. No one should be forcing anyone to do anything. I don’t want to force you to commit to me either.

But don’t expect me to stick by your side like this naive girl who’s absolutely fine with getting just crumbs of your love. That’s not me and that was never me.

I know I deserve whole love, the full package, and I know I’m ready for serious things in my life. I’m ready to move from where I am because I feel I’ve grown enough. If you’re not, that’s okay. But I don’t have to stay behind and wait for you if you don’t show me you’re ready to move.

It took me a while to gather my courage and to face my fears. I want to move in life and it can be with or without you. If we’re a thing, let’s define us.

And let’s make goals, let’s build a future together and let’s be there for each other.

If not, I’m done, I’m moving on without you and I’m giving up on this idea that we could be something more than ‘just a thing’.
You know, giving up doesn’t always mean you’re weak; sometimes it simply means you are strong enough and smart enough to let go and grow. And this is me finally realizing that. 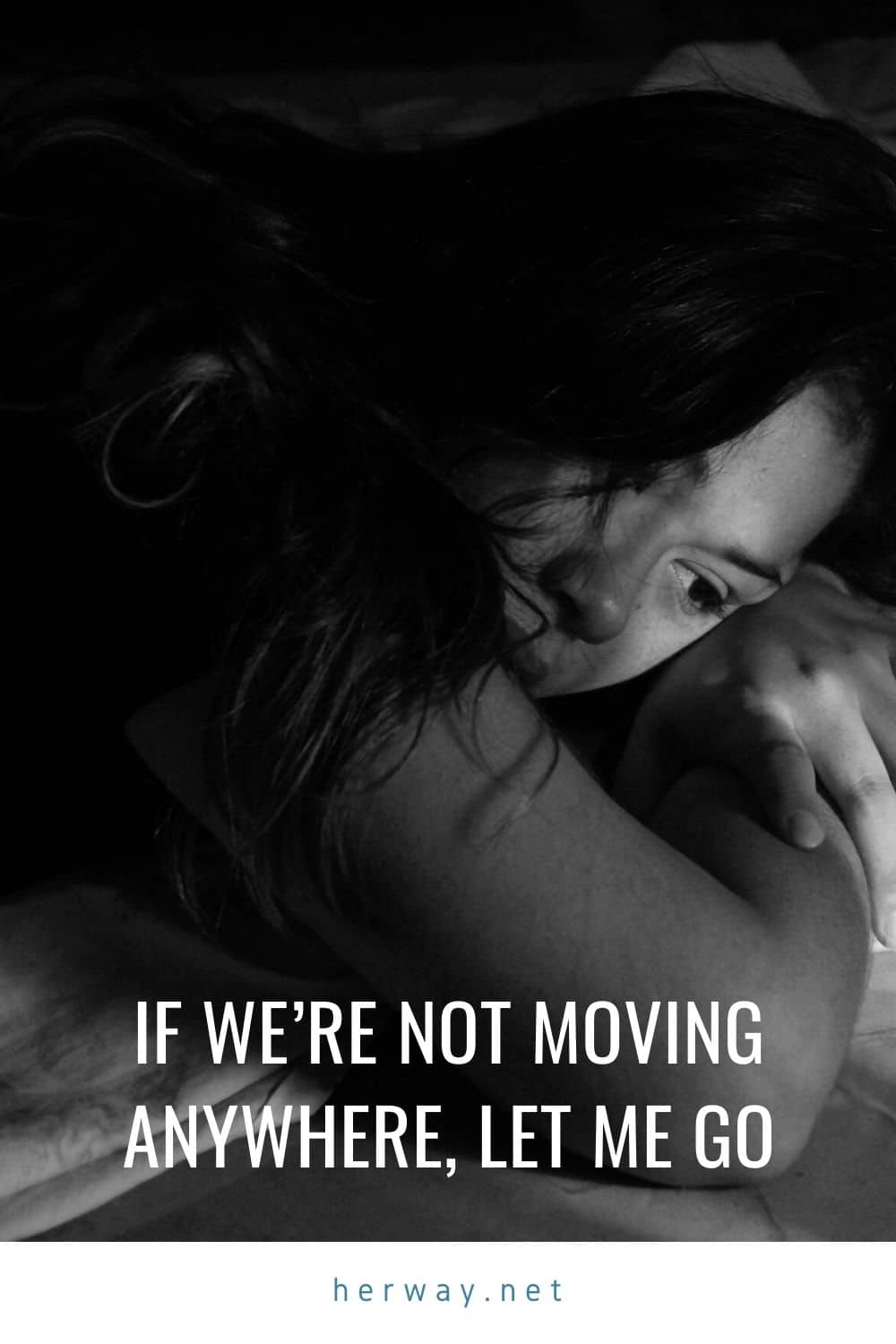