She tolerated you longer than anyone else would but she was always different, which is why she stayed so long. She always managed to find hope where nobody would ever think of looking.

God knows how hard she tried and how hard she fought for you but it was until she realized there was nothing left to fight for and that even if she won that battle, she’d still leave the ring empty-handed. She would’ve never got you in the end.

Understand that she didn’t leave you. You pushed her away.

Because no matter how different she might’ve been, no matter how strong she was, she got tired. And all the strength she had, she channeled it into leaving. You pushed her and she left even though she didn’t want to.

You have no idea what you have done.

You have no idea how big of a mistake you’ve made in life. And the worst news for you is that there is nothing in this world you can do to undo it. Because once you take a girl like her for granted and you push her away and she actually leaves, there is no going back.

But, one day, you’ll wake up and it will hit you.

One day, after you’re done with all those airheaded girls you dated, after finishing living a meaningless life, after wandering for a long time and then deciding it’s time to get serious about your life, it will hit you.

One day you’ll wake up and you’re gonna want her back.

Life will make you realize what you had – that girl who kept trying to be perfect for you. That girl who wanted nothing more than to be there for you and loving you was the only way she knew how to do that. That girl who valued your flaws as much as your strengths. That girl you should’ve fought for, but you chose to let go.

But by the time you get that she’s more than worthy, there will be someone next to her who already spoiled her with his attention and admiration.

She’ll have someone who didn’t take her for granted, someone who fought for her and not with her.

It would be stupid to expect that she’s going to be waiting for someone who never really appreciated her.

So when the reality hits you, don’t try to approach her.

Don’t bother telling her that she’s the best thing you let slip through your fingers or how you appreciate everything she has ever done for you.

You didn’t appreciate her when you had the chance and now she has moved on. 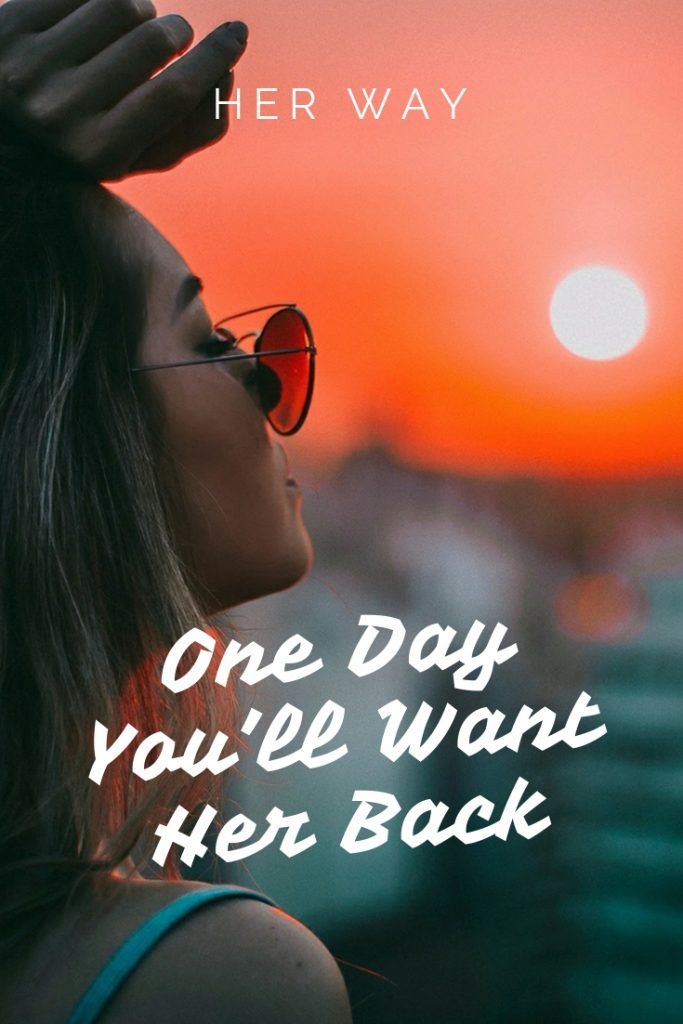