Isn’t it funny how we’re told that men need to be strong because women are fragile creatures? But the moment a man sees the tears of a woman, he runs away.

He runs and hides, or he tries to deal with it aggressively because that’s the only way he knows.

We have been told that men are strong, so they can protect women when they get too emotional and don’t know how to defend themselves.

Today, you can too often hear that a man hurts a woman, thinking that she’s too emotional.

We always hear things like, “’you’re too clingy, you always cry”, but let’s be honest—most of the times we get emotional, it’s because of the way we get treated by men.

Let’s be honest—only a real man can handle an emotional woman.

If she cries, he will be there for her.

He will hold her and he will hug the sadness out of her. He won’t run away like a coward, but rather stay by her side to help her get through the tough times.

This is when a woman knows that she has a real man on her side because he doesn’t get scared when things get a bit messy.

If she’s laughing, he won’t try to bring her down.

He won’t tell her that she’s too loud but rather laugh with her to make the moment even more enjoyable.

To a real man, it’s all about making the woman in his life happy, and to make her life fulfilling and full of joy. To him, it’s not even that hard.

A real man won’t run if she starts yelling at him.

He knows she does that because she is upset for a reason—she won’t act like that for no reason.

He will sit down with her and talk it through, never letting her alone with her thoughts. He won’t let her fall asleep when she’s upset because he wants to make it work.

A real man will understand her jealousy.

He will reassure her that he’s all hers without making a scene. Telling her that “there is no other woman out there that he would ever want to be with but her” is the biggest gift he will give her because it’s the truth.

There is no one as precious to him as she is and that’s when she’ll know that there is no need to fear he’s going to cheat on her.

A real man DOES show weakness.

A real man knows that women want someone who is strong and can pick them up whenever is needed, but also can show their weakness to reassure her she’s not the only one who has bad days. A real man is not afraid of tears and is not afraid to show affection.

No matter how hard it gets and no matter how much time and effort he has to put into understanding her and being there for her, he doesn’t mind.

Because he knows how to treat her right. Because he’s a man and he knows that he has the ability to protect her from the world and from herself.

Whoever told you otherwise wasn’t able to comprehend the woman you are.

Just hold on. You will find a real man in your life to whom you won’t be ‘too much’ or ‘not enough’.

He will come and show you that you are just the way you should be in order to be loved. And never let go of him once you find him. 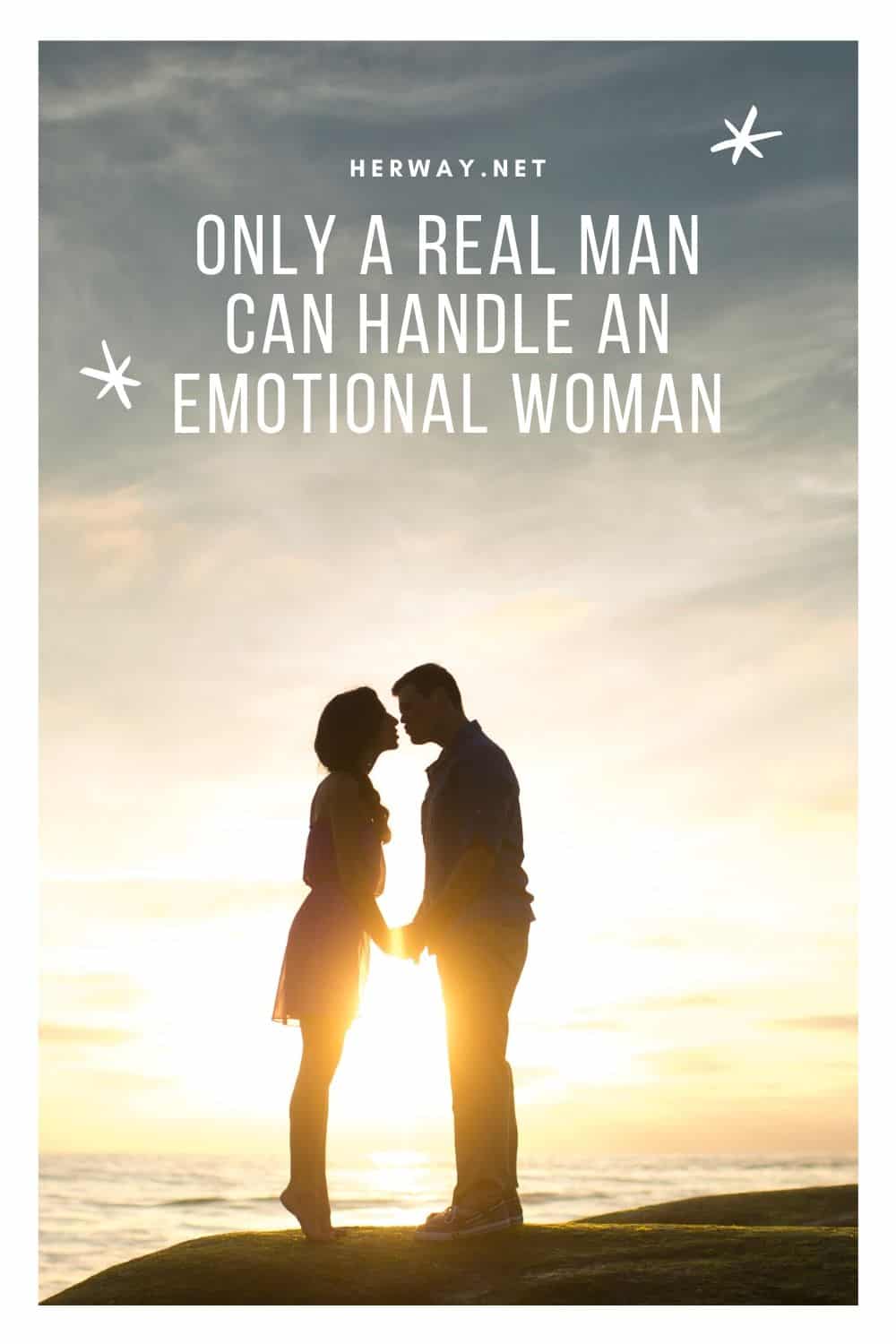