There is something special about twins and their amazing bond. It’s important to have gratitude for the special bond that comes with twins and to acknowledge and celebrate the importance of such a lifelong relationship.

That is why we made this collection of funny and cute twin quotes for you. It will help you to find the right words to tell your twin how much they really mean to you. 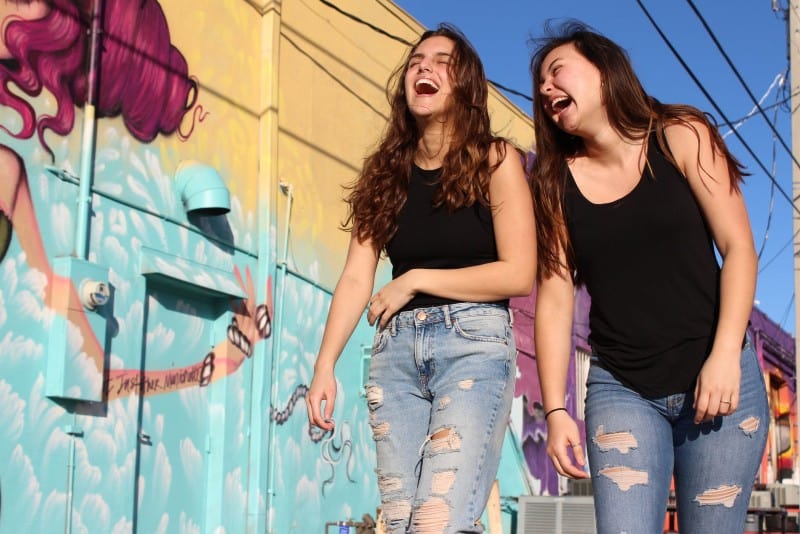 There are also some quotes that every twin parent will relate to.

The relationship between twins may not always be easy, but their bond can’t be easily broken.

They will always find a way to deal with a situation and resolve their issues. That’s because, deep down, they are sure that they truly are best friends forever. 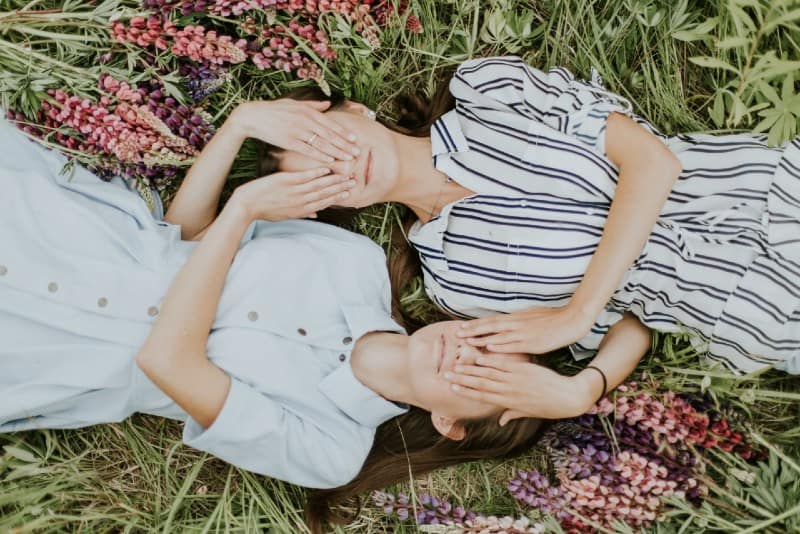 2. “There are two things in life for which we are never prepared: twins.” – Josh Billings

3. “With twins, reading aloud to them was the only chance I could get to sit down. I read them picture books until they were reading on their own.” – Beverly Cleary 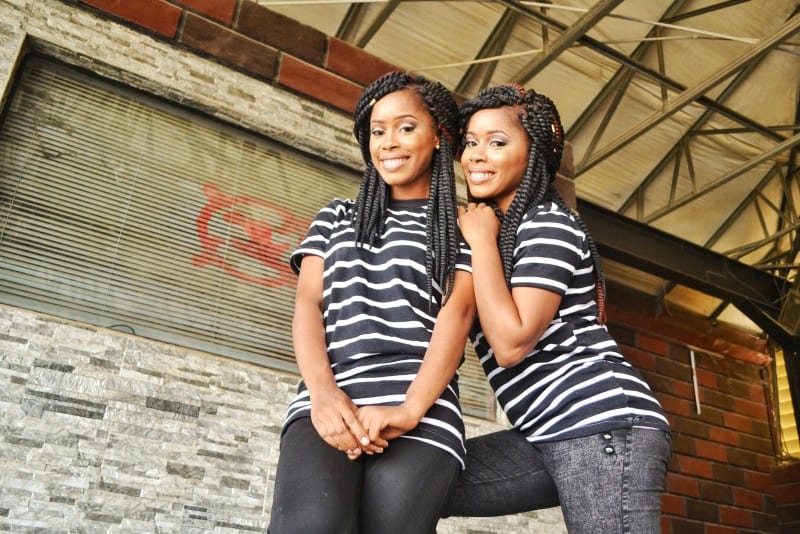 5. “The special relationship with twins is that, if there’s anyone else in the world that’s going to get or be the confidant that you need, it’s an identical twin.” – Sam Underwood

6. “I make humans two at a time. What’s your superpower?” – Unknown

7. “After raising twins, you get organized.” – Scott Ellis 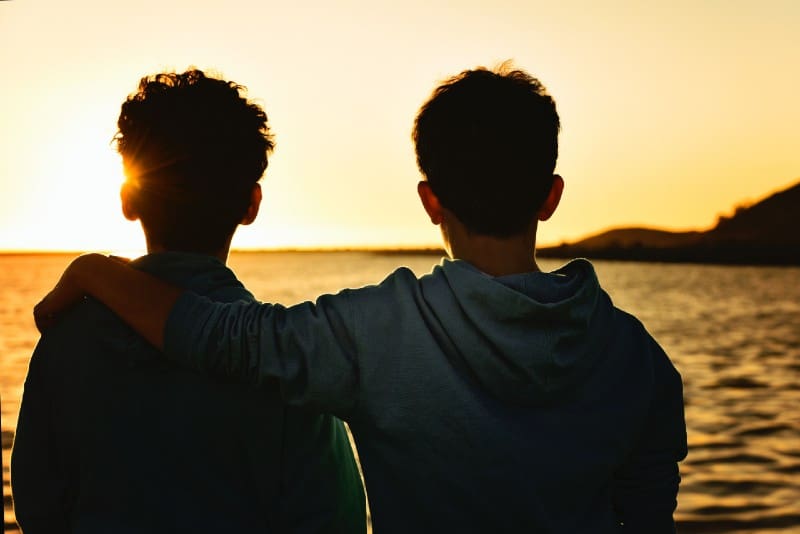 10. “Twins are such blessings … Blessings that like to team up against you and make you have a mental breakdown.” – Some Ecards

12. “Twins are more than just friends. They are more like a very small gang.” – Unknown 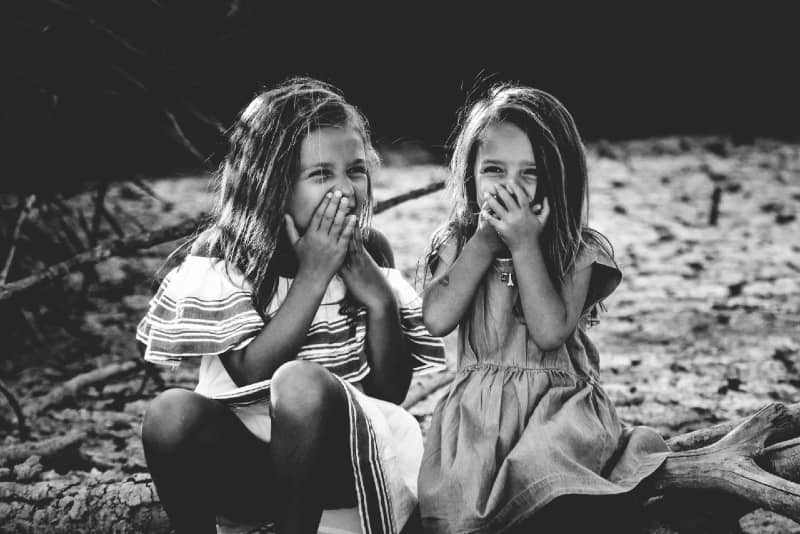 15. “That awkward twin moment when you see a picture of your twin and are convinced it’s you until you realize it isn’t.” – Unknown

16. “God creates twins when he makes a face he really likes.” – Unknown 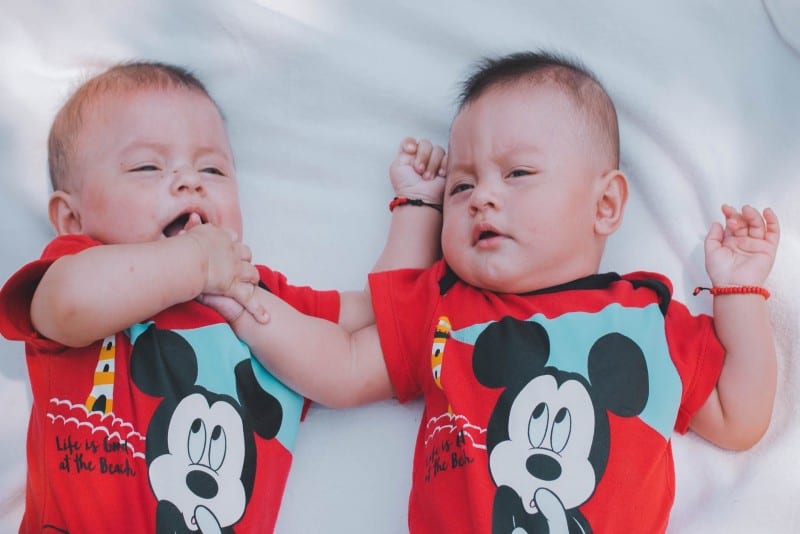 17. “Twin problem: when you get the same gifts in different colors.” – Unknown

18. “God touched our hearts so deep inside, our special blessing multiplied.” – Unknown

20. “Can it be, that the Greek grammarians invented their dual number for the particular benefit of twins?” – Herman Melville 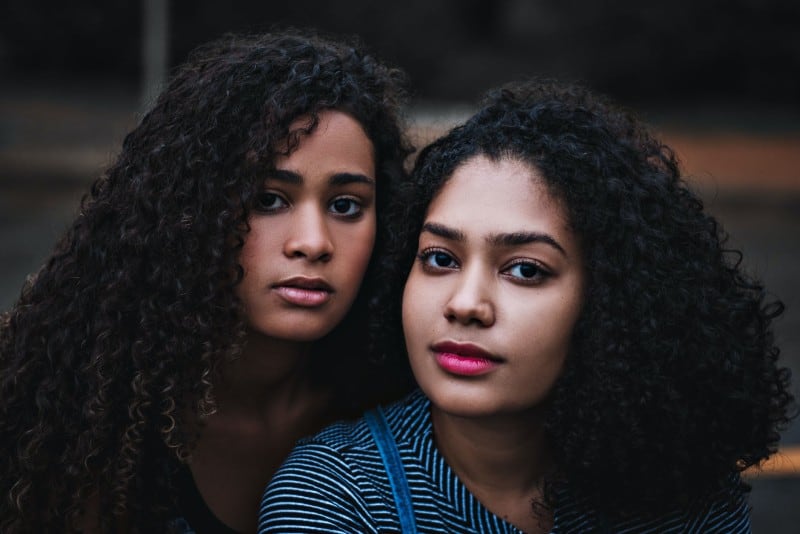 21. “You can spend too much time wondering which of identical twins is more alike.” – Robert Brault

22. “Constant togetherness is fine – but only for Siamese twins.” – Victoria Billings 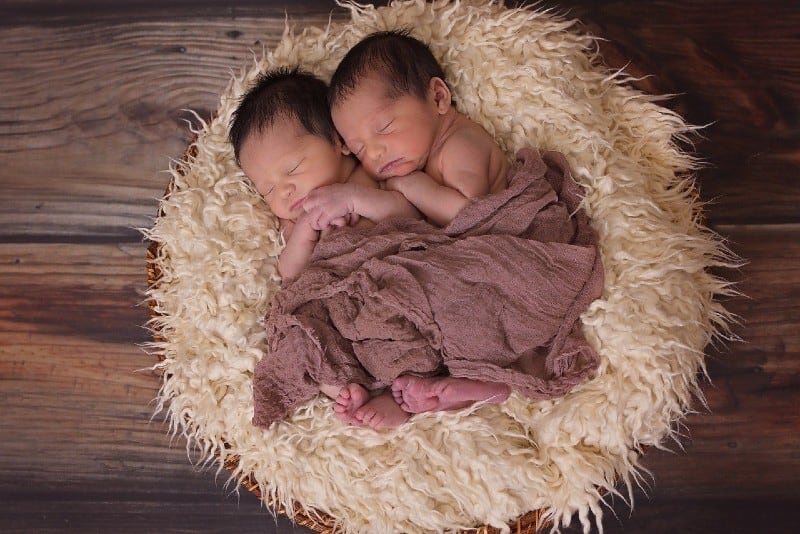 24. “What’s cuter than one baby?
A precious set of twins!
With matching little outfits –
And matchless little grins…
With twice as many babies,
How very busy you will be –
Just think of all the loving
They’ll bring your family.” – Unknown

25. “Two faces to wash, and four dirty hands
Two insistent voices, making demands
Twice as much crying, when things go wrong
The four eyes closing, with slumber song
Twice as many garments, blowing on the line
Two cherubs in the wagon, soaking up the sunshine
Work I do for twins naturally comes double
But four arms to hug me, repay all my trouble.” –  Unknown 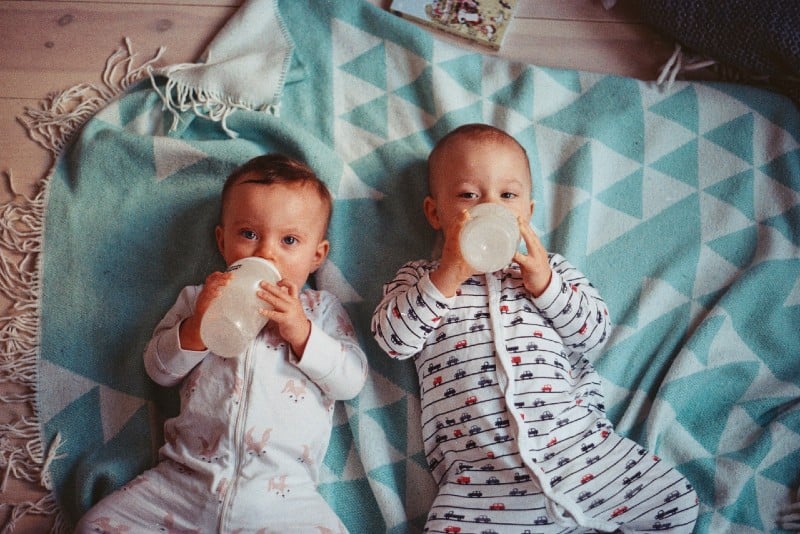 28. “I’m your twin. You’re my twin. We stick together through thick and thin. No matter what I do I’m always stuck with you. And if trouble comes our way I know my twin will save the day. Wherever you may be you’re always stuck with me. When you’re feeling sad and blue call my name and I’ll find you. We have a bond that’s tried and true, you and me, me and you, two by two.” – Unknown 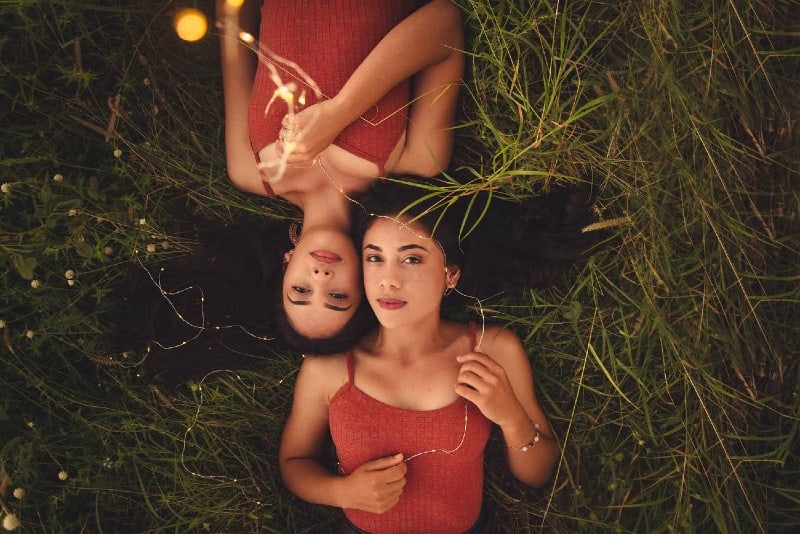 29. “Being a twin is like being born with a best friend.” – Tricia Marrapodi

30. “When twins are separated, their spirits steal away to find the other.” – Jandy Nelson

32. “So many good things come in pairs, like ears, socks and panda bears. But, best of all are the set of twins, with extra laughter, double grins.” – Unknown 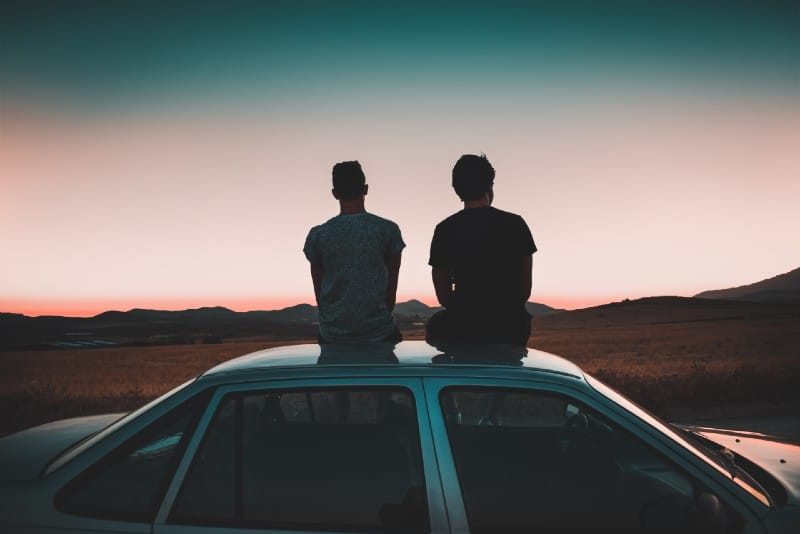 33. “Look at identical twins. When you get closer, you start to see the small differences. It all depends on how much you magnify it.” – Brian Swanson

36. “Mum used to say we were the same soul split in two and walking around on four legs. It seems unnatural being born together and then dying apart.” – Melodie Ramone 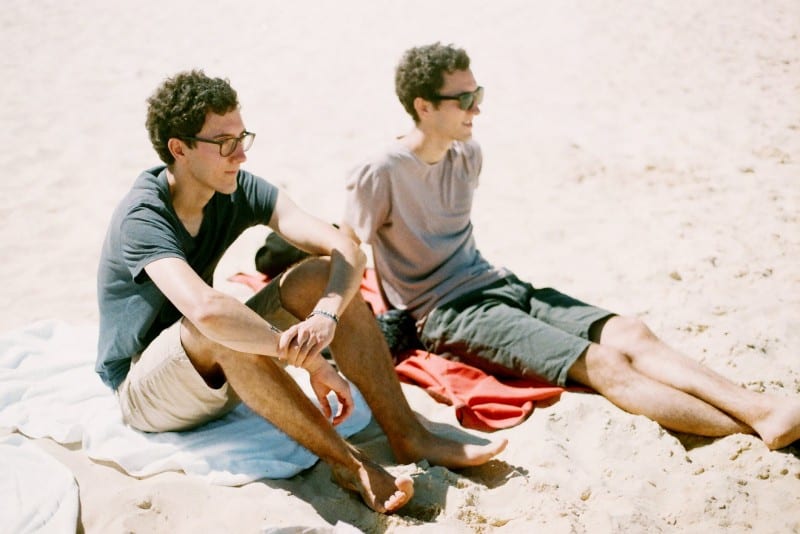 37. “I’ve always been fascinated by twins. In my forty years of photographing, whenever there was an opportunity, I would take a picture of twins. I found the notion that two people could appear to look exactly alike very compelling.” – Mary Ellen Mark

38. “Twins have a special bond. They feel safer with each other than with their peers.” – Jeanne Phillips

39. “I believe the only people who truly experience and test the application of equality are twins.” – Janis Joplin

40. “When you gaze upon the lovely sight. Of twins, arm in arm, asleep at night. Think not that the house has been doubly messed. But you, as parents, have been doubly blessed.” – Jon Bratton 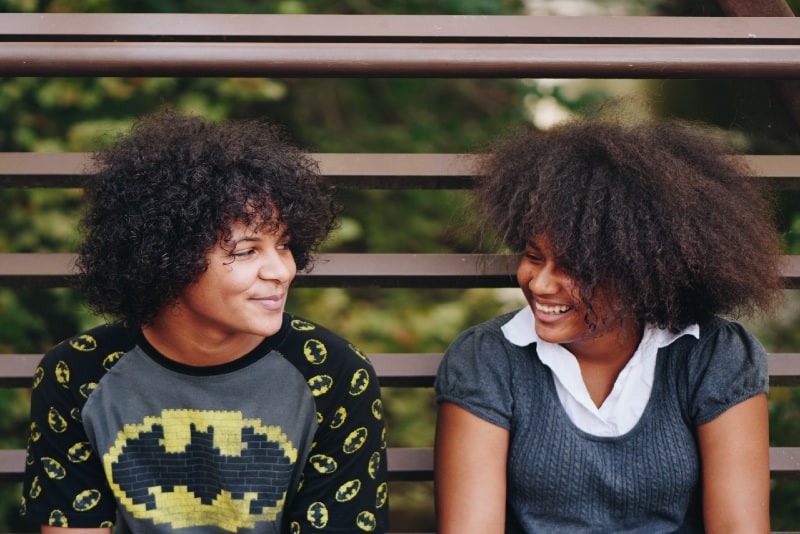 41. “Identical twins are endemically alike in many ways.” – Edward Norton

42. “Being a twin, and knowing if my twin was gone or lost – that’s a part of me. There’s no way I could be the same person knowing my brother had passed away.” – Scott Ellis

43. “You know, identical twins are never really identical. There is always one that is prettier, and the other one does all the work.” – Hedra Carlson

44. “Not even identical twins can have the exact same experiences, and their brains are not wired the same way.” – John Medina 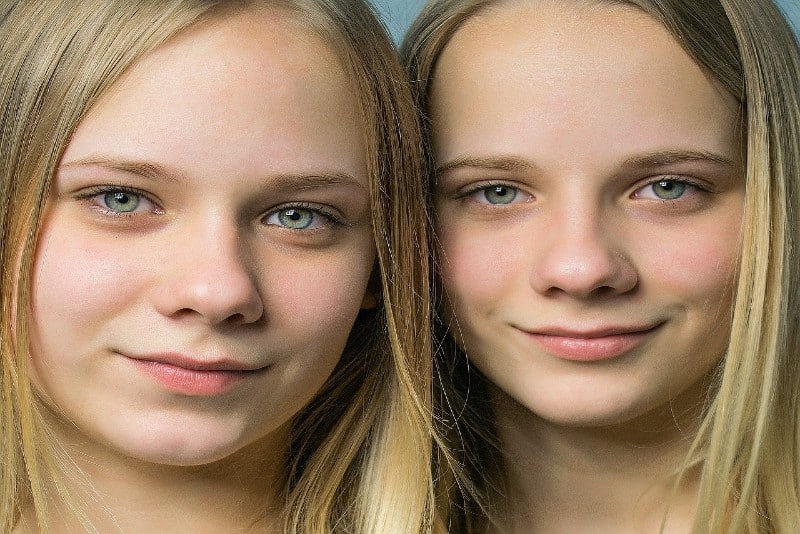 45. “I would love to have twins – a girl and a boy – but who knows if that would happen. It would be my ideal situation. Wham, bam, be done with it.” – Joanna Krupa

46. “Identical twins who have the exact same genes, one may die early of a heart attack and the other may live a long, healthy life – depending on their lifestyle and what they eat.” – Michael Greger

47. “There is a special bond between twin soul mates – unconditional love, respect for each other, bringing out the best in each other, and highly compatible.” – Julien Offray de La Mettrie

48. “Twins are usually hailed with delight, because they swell the power of the family, though in some instances they are put to death.” – John Hanning Speke 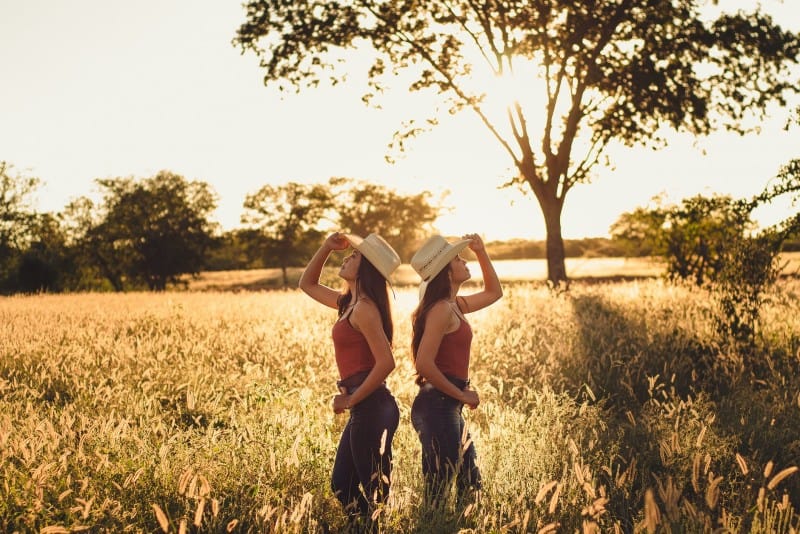 52. “In the beginning, we didn’t have a clue. There’s certainly nothing that prepares you for twins.” – Christine Mazier 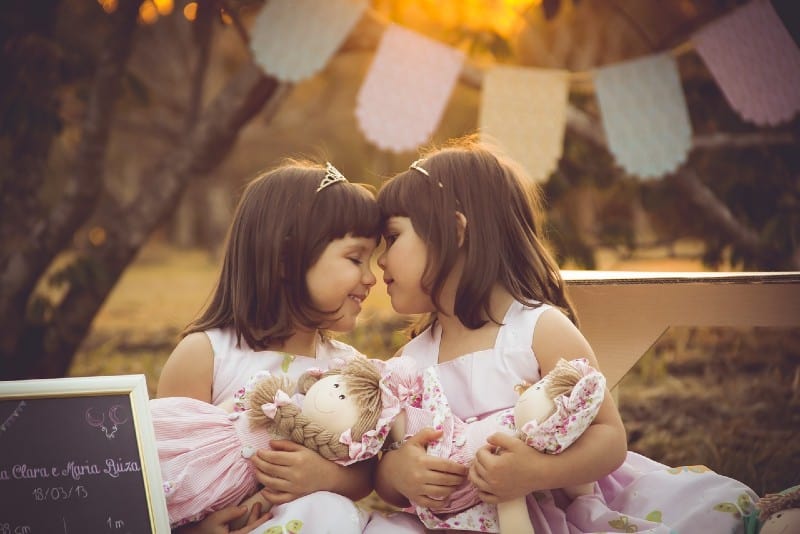 53. “Ah, how little you know of human happiness – you comfortable and benevolent people! For happiness and unhappiness are brothers and sisters – or even twins who grow up together – or in your case – remain small together!” – Friedrich Nietzsche

54. “I was very distressed by next door people who had twin babies and played the violin; but one of the twins died, and the other has eaten the fiddle, so all is peace.” – Edward Lear

55. “In this life, we will never truly be apart, for we grew to the same beat of our mother’s heart.” – Daphne Fandrich

56. “Life is so much better when you have twins to share the ride.” – Unknown 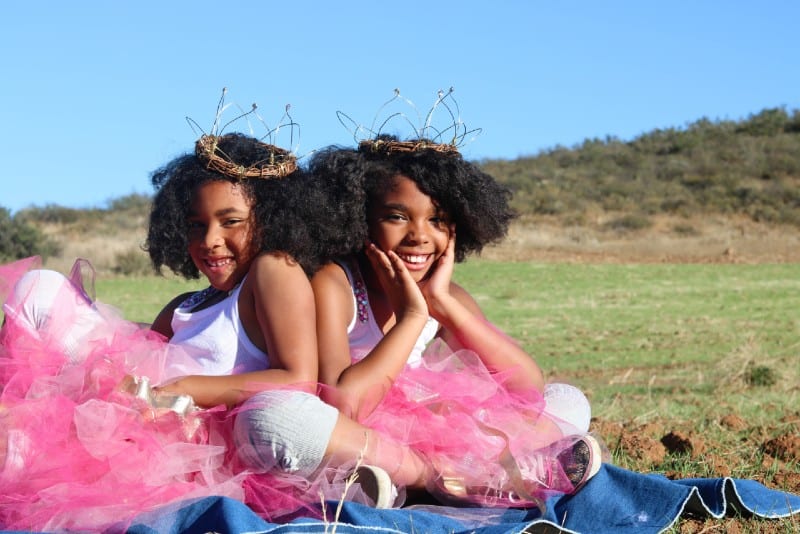 2. “Twins have so much energy, because they siphon it out of their parents.” – Unknown

3. “The only things [my twins] have shared so far are my uterus and their birthday.” – Some Ecards 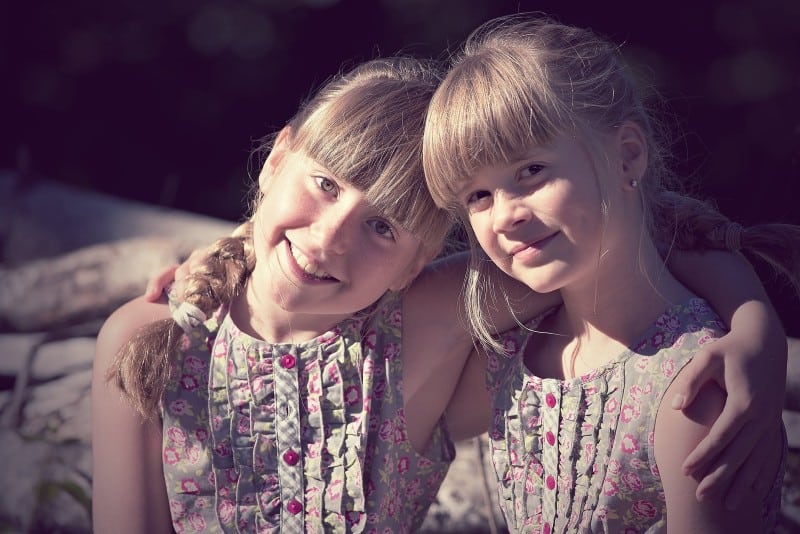 7. “When I have a kid, I want to put him in one of those strollers for twins, then run around the mall looking frantic.” – Steven Wright 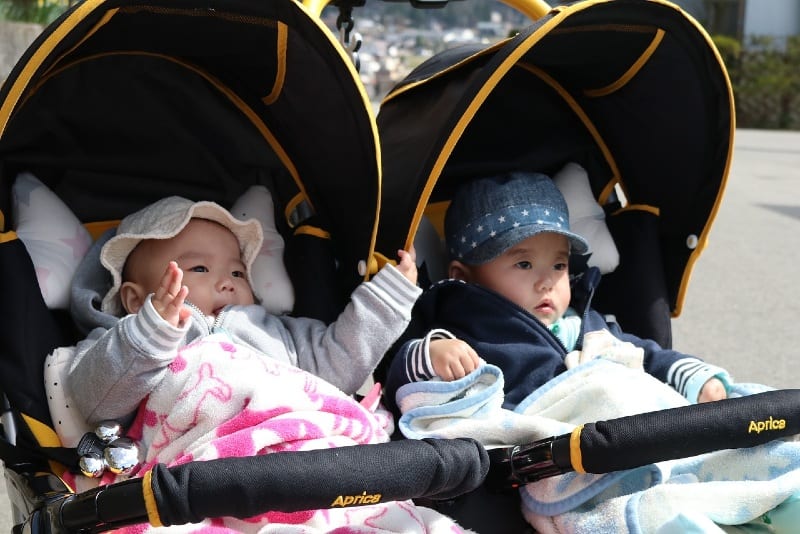 9. “That awkward moment when twins are fighting, and one calls the other one ugly.” – Unknown

10. “Are your twins natural?” “No, that one has a plastic leg and this one has a fiberglass arm.” – Some Ecards 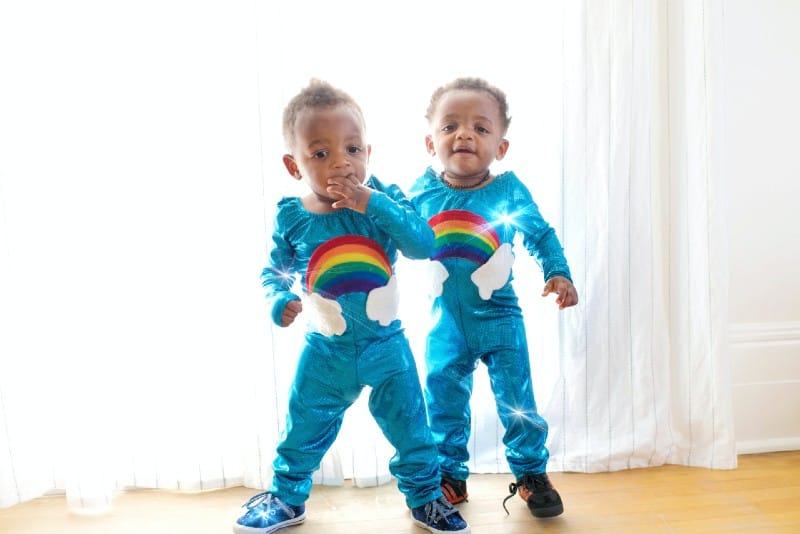 15. “Twins are so practical. It’s always nice to have a spare.” – Billie Burke

16. “When you have twin four-year-olds, you are able to dance like a fool, often. And I do.” – Neil Patrick Harris 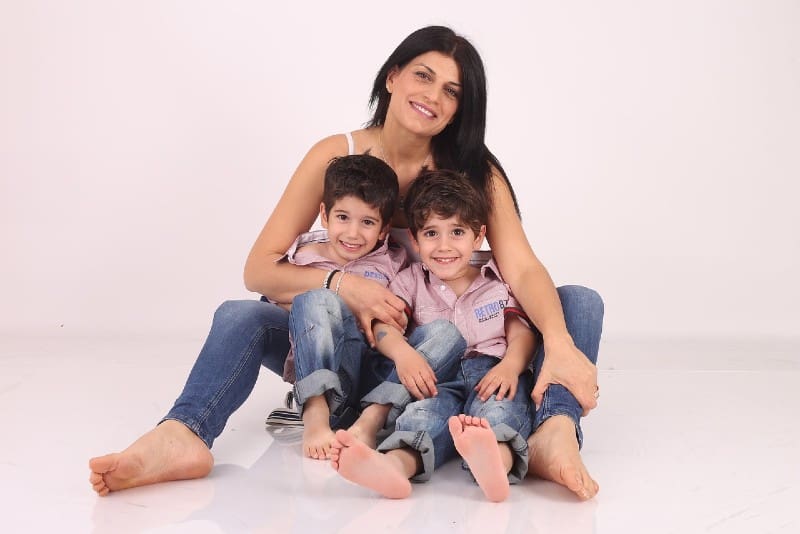 1. “You know you’re a mom of multiples when you see people with one baby having a hard time and think, ‘One baby? I laugh at your one baby!’” – Some Ecards

2. “’You’re right! Having two kids a year apart is just like having twins.’ Said no twin mom ever.” – Some Ecards

3. “You’re a parent of multiples when … it takes longer to get everyone in the car than to run the actual errand.” – Unknown

4. “Being a mother of twins is learning about strengths you didn’t know you had and dealing with fears you never knew existed.” – Linda Wooten 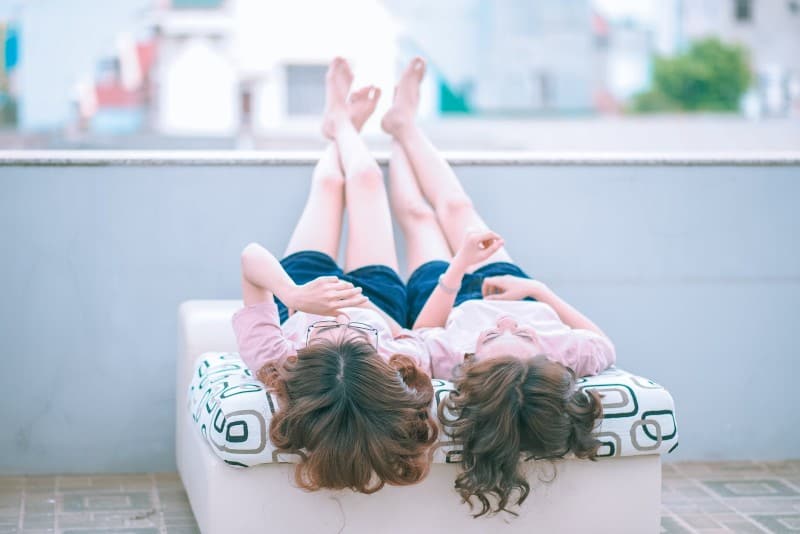 1. “A twin sister is like a good bra: supportive, comfortable, there to lift you up, and always close to your heart.” – Unknown

2. “My sister and I, you will recollect, were twins, and you know how subtle are the links which bind two souls which are so closely allied.” – Arthur Conan Doyle

3. “They’re not just sisters and twins. They’re best friends, and they care genuinely about each other.” – Chelsi Welch 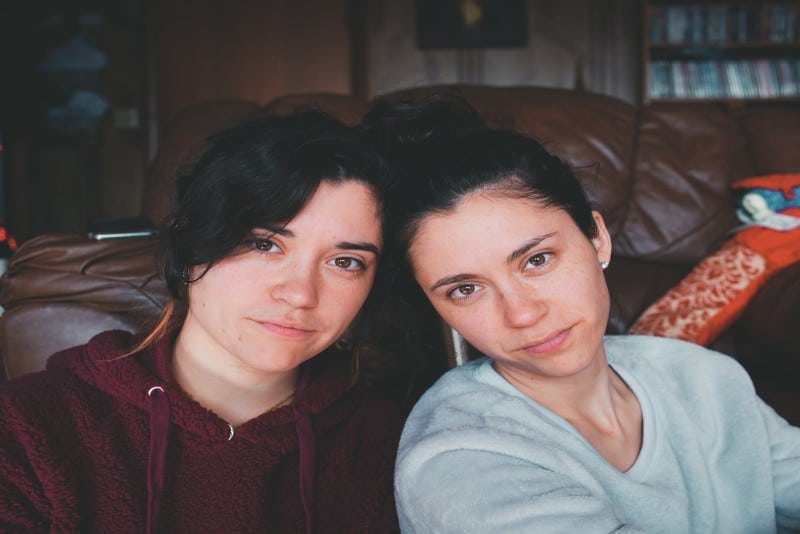 5. “It’s a twin type of telepathy. My sister and I, we share the same DNA, so on paper, we’re the same person. I knew she was pregnant, like, right away – it’s so crazy – but I asked her, and she said yes.” – Tia Mowry

6. “If you are a twin, you watch yourself live two lives–yours and hers. It’s constant comparison. I am never as good as the bad I wanted her to be. I was the only soldier I needed. We couldn’t have known what splitting would mean. Time speeds past fast, scattering like shrapnel, and is quiet as cobwebs. We wait for the ambush. Sister will find out first; she’ll be my living memory. She will be the body left standing.” – Christa Parravani

7. “Being a twin, and being my sister’s twin, is such a defining part of my life that I wouldn’t know how to be who I am, including a writer, without that being somehow at the center.” – Taiye Selasi 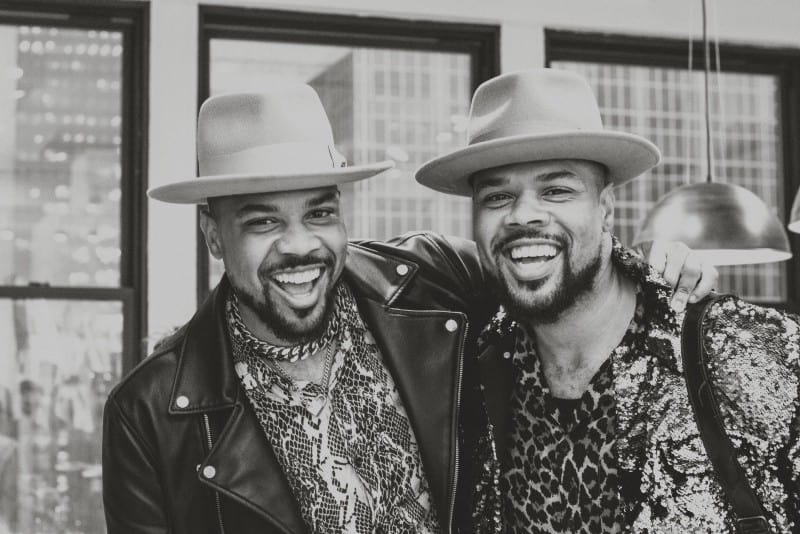 1. “We came into the world like brother and brother;
And now let’s go hand in hand, not one before another.” – William Shakespeare

2. “There was nobody in the family who had ever done anything like that before. My brothers – I had two brothers. They were twins. They both became architects. They were both six years older.” – Maggie Smith

3. “A lot of people say, ‘Wow, you’re a single father of twin boys, that’s crazy!’ Two toddlers can get hectic, but I wouldn’t change it for anything. Every day they teach me different things. The love is there. When you have a two-year-old saying every other hour, ‘Papi, te amo. Papi, I love you,’ it can’t get better.” – Ricky Martin 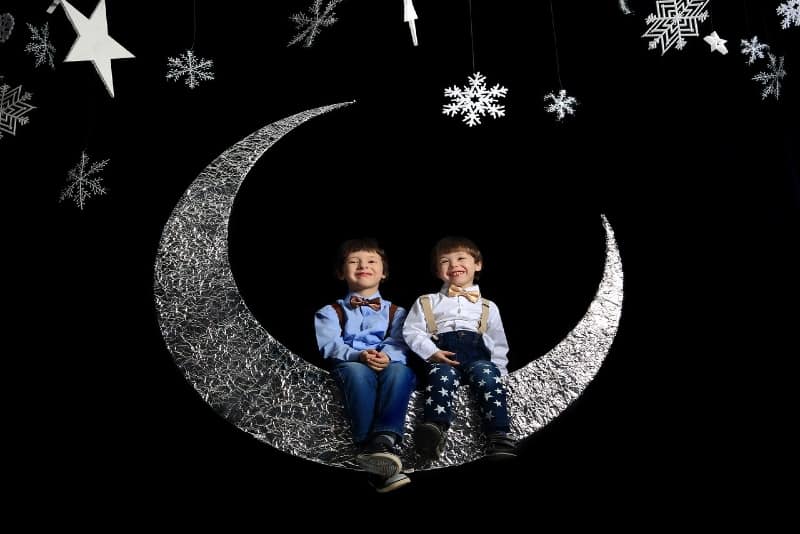 It really is twice the work and responsibility, but the happiness is also twice as big. You’ll forget about all the difficult moments quickly, and you’ll remember only the funny and cute things your twin babies did.

And for those who are lucky enough to have a twin, I must say that I envy you. It is rare and that’s exactly what makes it so special. 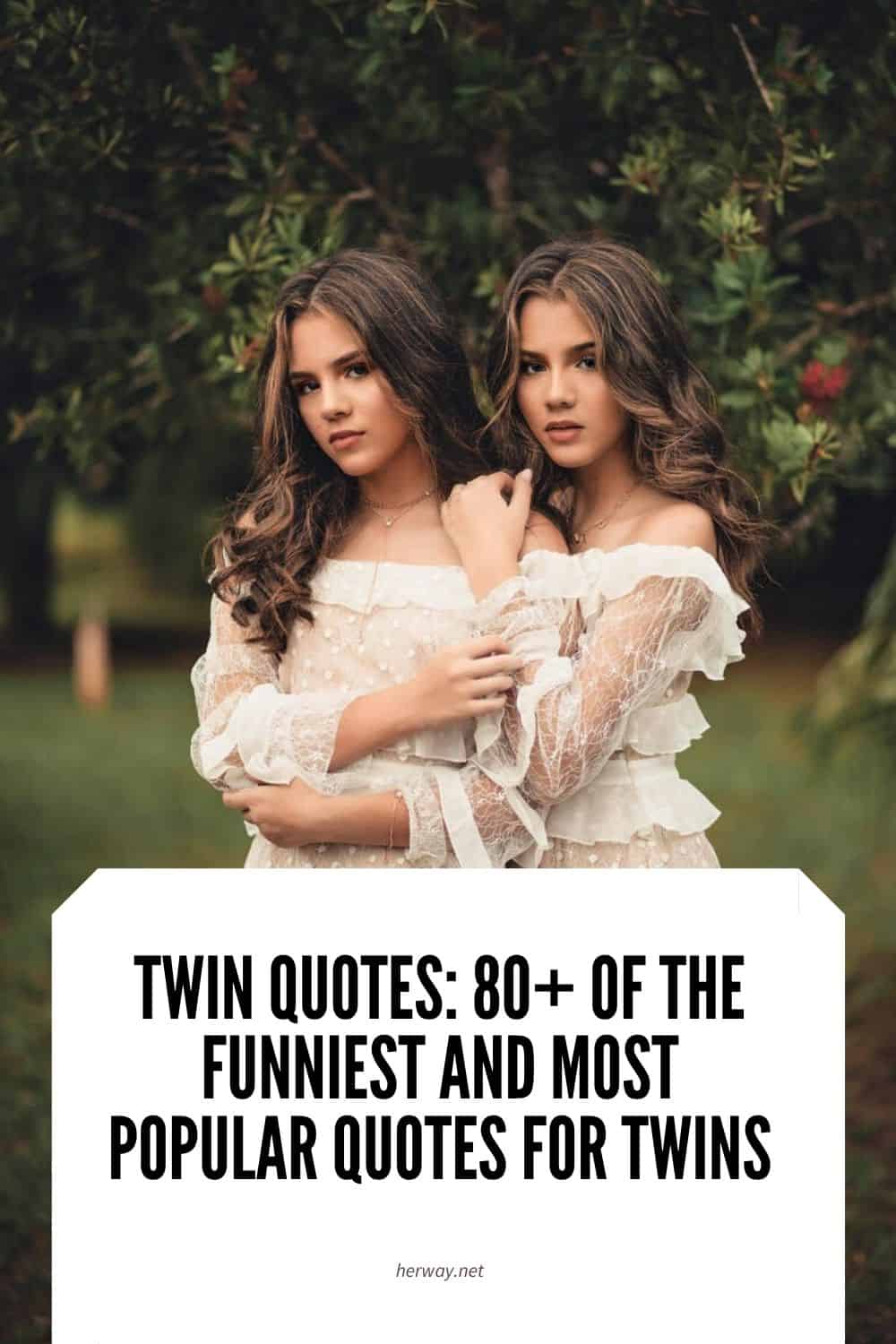