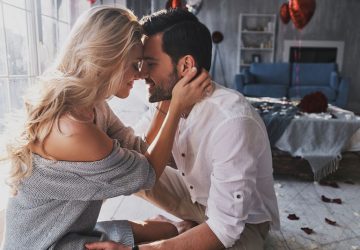 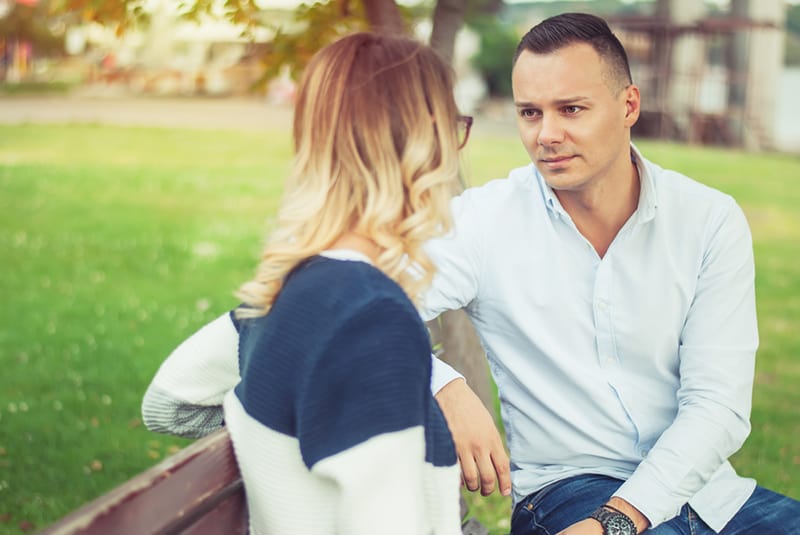 1. He is always bashing his ex in front of you

There is never a good excuse for persistently bashing your ex, especially in front of a current squeeze!

You may consider this to be ‘normal’ and acceptable behavior since they’re no longer together, but it really, truly isn’t.

This woman was once a very important person in his life, and they shared a significant amount of their lives with one another.

No matter how messy the breakup was, it is always important to respect your exes, and leave them in the past.

If he is talking shit about her, who says he won’t do the same if you two ever break up?

That’s the kind of person he is, so keep that in mind before you justify his badmouthing of a once important part of his life.

2. He lets his friends influence his every decision (even regarding you)

Don’t think that his friends won’t play a big role when he needs to make any serious decision.

If they’re close and he goes to them for anything, it’s better that you try and be friendly with them, otherwise, they might push him away from you.

It is definitely a red flag if you think that they might influence how he feels about and treats you.

If he lets them have too much power and talks candidly about you in front of him, it means he respects them more than he does you.

And if push comes to shove, he would probably choose them over you. When you feel that he lets them bash you freely, think again about his devotion to you.

Either make sure to stay friendly with his buddies, or don’t turn a blind eye to their huge influence over his life.

3. He presents you with ultimatums early on in the relationship

If it’s still early days, but he has already firmly stood his ground on many issues and discussions and given you a few ultimatums, that may mean there are bigger issues on the horizon.

You could see this as a sign that he is serious about you and wants to make sure that you two are on the right path towards your future, but in reality, what it means is that he has control issues, and it will only get worse.

There is a hidden need to control the situation, and he clearly has to have all the power.

Compromise is key to a successful relationship, and ultimatums are huge red flags because they leave no room for middle ground.

Don’t misinterpret this, and nip it in the bud before it’s too late.

4. He never apologizes first and sees it as a sign of weakness

This is something every woman should watch out for.

Never consider this ugly trait to be simply ‘’part of his charm’’ or just ‘’who he is’’. That is some BS right there.

If he does something wrong and cannot own up to it, that is a weak-ass man right there.

If he messes up, makes you feel bad or hurts your feelings and cannot dignify you with a sincere ‘’I’m sorry’’, you are wasting your time on a complete ass of a person.

Do not make excuses for a man who puts all the blame on you when he is clearly the one in the wrong. Never justify this as acceptable behaviour.

If he cannot apologize for how he makes you feel, he doesn’t really care about you. So don’t feel bad for leaving his bum ass.

5. He spreads negativity everywhere around him

I’m sure you can recognize this as a major red flag, but it’s actually much more than just that.

When a person gets involved with someone they care about and they start sharing their lives together, they should try to be positive and compassionate around them.

When you love someone, you don’t spread negativity, and you don’t let it overpower every positive aspect of your personality.

So when he refuses to change his ways and has zero issue with his negativity spreading like a disease, you should have no issue leaving him.

If he isn’t willing to change his shitty demeanour for you, you shouldn’t try to change him.

He’s simply not worth it, and you’re far too smart to be wasting your time around his negative energy.

6. He never flirts with you anymore and doesn’t try to keep the spark alive

It is a beautiful thing when a relationship has reached that point where you two are perfectly comfortable just being yourselves, and nobody has to pretend to be someone they’re not.

You have reached a point where you are literally best friends now.

While that is always a positive and expected thing to happen in a relationship after a while, don’t confuse it with his lack of trying and half-assed efforts.

Just because you’re on solid ground and there’s no need to win you over anymore doesn’t mean he still shouldn’t flirt with you and show you his love through his thoughtful gestures.

If the spark is no longer there and he is not even trying to reignite it, it might mean he doesn’t really care enough.

A man who loves you will never let you think his feelings have disappeared.

While he doesn’t have to prove his love constantly, he should still keep the romance at a high level.

When he just lets it die out with zero efforts to change it, consider it a huge red flag that he may be getting his portion elsewhere.