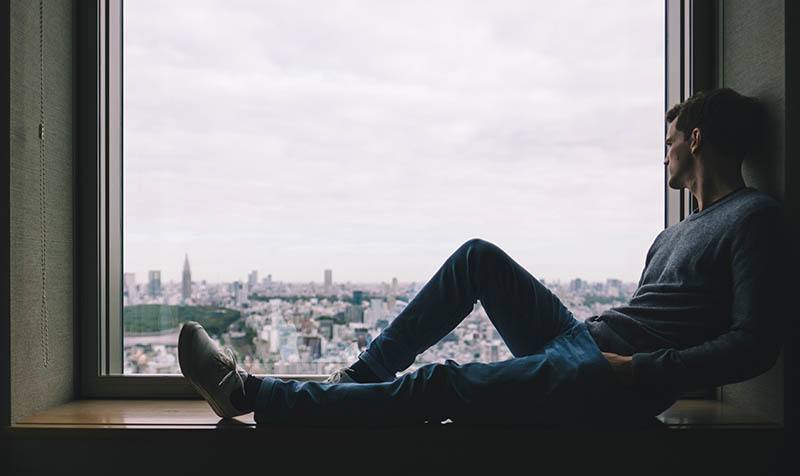 There is this guy you’ve met but you don’t know what to think of him and of your potential relationship with him.

Let’s get one thing straight—you don’t have any doubts about your feelings for this man. You like him very much and you are even falling in love with him hard.

This guy gives you butterflies you haven’t felt in a long time and you feel like you can’t keep your hands off him. But you also know that this is more than passion and physical attraction.

Yes, this man attracts you sexually but there is something more going on between you two. You are also attracted to his brain and he has provoked different emotions inside of you.

Therefore, you’ve caught yourself picturing a serious relationship with this guy and planning a life with him.

But on the other hand, you are also worried. Although you have strong feelings for this guy, you are still aware of the things around you and you can look at your relationship with him realistically.

You know that you and this man are quite different and you can see some of his personality traits and behavior patterns that you don’t like.

Although you know that you both have your flaws and you don’t expect to have a perfect boyfriend because you don’t think of yourself as perfect either, there are still some things about this guy that you don’t know if you can accept or if you’ll ever be able to accept.

You are simply afraid that the two of you won’t get along and that you are not compatible, as much as you don’t want that to be.

Sometimes you think you should only listen to your heart and that you should ignore these thoughts and simply go with the flow.

Although I am always on the side of love and although I am also advising you to listen to your heart, I have to tell you to also take into account these thoughts going through your head and to reconsider everything about this guy and your potential relationship.

The truth is that, in general, people don’t change. Even when they do, they do it for their own reasons and only because they think it’s the right thing to do. I know many women hope to change the man by their side but the harsh truth is that they rarely succeed in doing so.

So please, don’t be one of those women because you’ll fail and you’ll only end up hurt. Don’t try to change this man because that will only bring dissatisfaction to your relationship and it will make both of you feel miserable.

You will be disappointed for not succeeding and because sooner or later, you’ll see that you are fighting with the windmills. On the other hand, it is probable that he has strong feelings for you as well and he might try hard to fit your standards and to change his ways.

But he will lose his true self in the process of trying to make you happy. And ironically, this won’t make either of you happy. Instead, it will just ruin both of you individually and it will ruin any chance of you two having a successful relationship.

Instead of trying to change him, decide if you can accept him for who he really is. Because if you truly love a man, you will accept all of his flaws and imperfections together with his good sides.

With this, you are not showing only your love to him, you are also showing you respect his integrity and you respect him as a man and as an individual. This is the only way in which you will give him the opportunity to be his true self around you and that will make him fall in love with you like crazy.

I am not saying that you should put up with all the bullshit he puts you through. On the contrary, I am just telling you to make up your mind before involving yourself in anything serious. I am telling you to reach your decision without planning on changing him in the future or without realizing you can’t accept him after all.