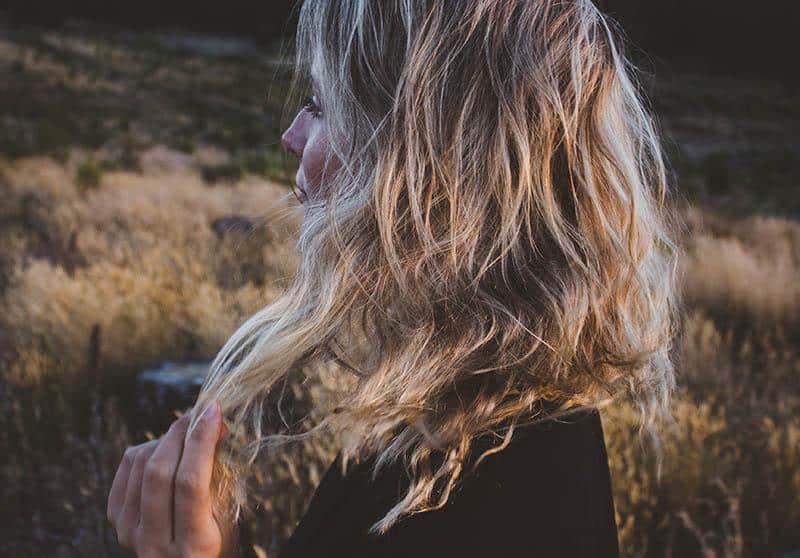 Most women don’t really know that they are stuck in toxic relationships. They think that their partner is behaving badly toward them because of some crisis he has and that he will get back on track again. But unfortunately that never happens. When you meet a toxic man, he will act charming and be the world’s best boyfriend. He will make you believe that he is everything that you need and that you can’t find a better match than him. The catch is that every toxic man is a big-time player and he knows how to deceive a girl into falling for him.

But once the door gets closed and they start living together as a married couple, the real agony starts. All the way from gaslighting, belittling, putting down and lying to more severe things like domestic and emotional violence. And you know what the worst thing is? Every woman stuck in a relationship like that thinks that everything was her fault. It is not so hard to think like that when you were being convinced that you are not worthy and that you are not capable of doing the big things.

There are some of the common habits all women stuck in toxic relationships have, so I suggest you read further and find out more about them.

1. They are crying more than usual

Women stuck in toxic relationships need to have some way to blow off steam. That’s why most of them cry when nobody sees them. It can be while they are doing the dishes, driving home from work or taking a shower. That is their way of letting all the toxicity get out of them and feel better—even for a moment. They don’t want anyone to know about that, so they always do their crying while nobody is watching. In fact, they are so ashamed of their relationship that the last thing they want to explain are all those tears that are coming down their face.

2. They are lying to everyone that they have healthy relationships

I know that you don’t want to explain to others why you are having problems in your marriage but if you try to make them believe in something you don’t believe, they will soon realize that you are lying. Also, if people ask you if everything is okay between you and your partner, it is a sign that they felt that something is not right. They are probably asking you for more details because they are trying to help you, but there are also people who will act as your friends while in fact, they are nothing more than bad people who just like to stab their noses into other people’s lives.

When you are stuck in a toxic relationship, it is very hard to maintain the same contact with your family and friends. That’s why most women who experience this kind of relationship lose contact with their friends and family, always finding excuses for not being in family gatherings or some parties. The truth is that they would really love to mingle but their toxic partners don’t allow that. These toxic partners want to isolate their women so they could easily control them. They tell their victims so many lies about love and respect and those women feel remorse for not spending time with their partners, so they try to be with them as much as they can.

4. They think about leaving their partners

When you are stuck in a toxic relationship, you want to escape it as soon as possible. That’s why all those women think about leaving their partners and finding the peace they deserve. But the bad thing is that most of them don’t have enough courage to do that since they were convinced that they can’t succeed on their own. They think that once they leave their toxic man, they won’t be able to have a decent life because of their high level of addiction to them. The thing that can make them change their minds is severe domestic or emotional violence where they have to run to save their bare lives.

5. They feel that they are guilty of everything bad that happens to them

The main problem in toxic relationships is that the abusive partner convinces his victim that they were guilty of everything bad that happened to them. No matter if he hits her or hurt her in any way, he will say that she made him do that. He will do anything to make her feel bad about herself, thinking that she deserved all those nasty things that happened to her. This form of gaslighting is what most women go through in toxic relationships and it takes a lot of time and courage to set themselves free from guys like that.

6. They don’t remember when was the last time they smiled

Since women stuck in this kind of a relationship are sad, it is very hard for them to find some happiness and to smile about things that others smile about on a daily basis. They are beaten to an emotional death, not having the minimum of energy to get their old lives back. What they constantly think of are ways to escape a relationship like that and saving themselves from a miserable life. In the case that there is someone who can give them some support, it is easier for them to achieve their goals. But if they are left on their own, it is very difficult to find the right path to a happy life.

7. They find excuses for their abusive partners

Even if some of their friends see that they have been abused by their partners, they won’t admit that. The main reason for that is shame—they simply can’t accept the fact that they are living a life like that even if they dreamed of something different. That’s why they will always say to their friends that things just look worse than they really are and that there is no need to worry about them. Maybe they look good from the outside, but they are falling apart from the inside. They simply don’t understand that people are not blind and that it is just a matter of time when the real truth will be revealed.