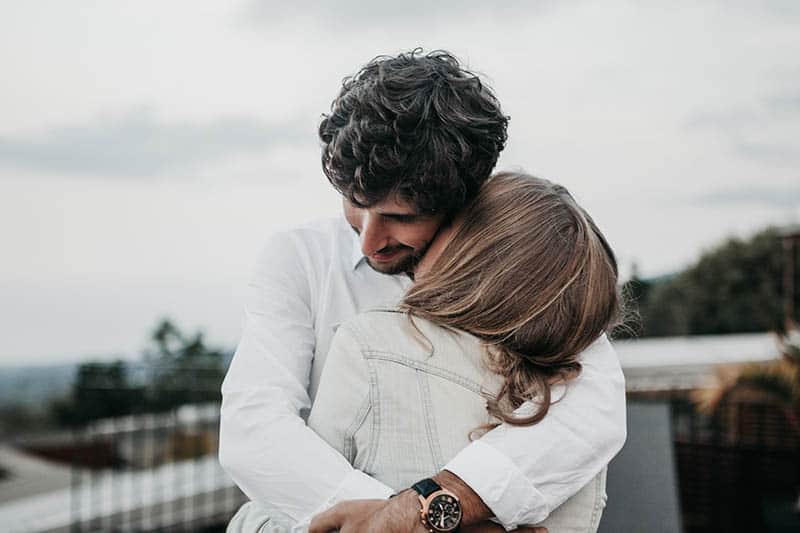 Now you think that breaking up after a year or two of dating is not that big of a deal. But when you realize that if you live to 80, that’s like 1/80th of your whole life.

Make the same mistake twice and the number gets even bigger. Then you realize it’s a big deal!

You won’t waste your time on a man who isn’t worth it! Don’t fall into the trap and give in to your nurturing instincts – don’t try to fix him.

Don’t try to change him because let me tell you how it’s going to work out. You’ll move mountains for him. You’ll wear your heart on your sleeve while he enjoys all the attention you’re giving him without giving anything back.

You’ll give him dozens of second chances, and he won’t even think about changing his approach to your relationship because you’ve clearly shown him you’re going to tolerate every shitty thing he does.

After a while, you’ll get sick and tired of being treated like shit, and you’re going to give up. Poof! There goes the 1/80th of your life which you can never get back.

Because a good boyfriend, a guy that is serious about you and cares for you, will never do any of these things:

He has nothing to worry about because he has done nothing. You know how some guys can’t seem to live without their phones? They take it to the bathroom. They sleep with it. It’s like their phone becomes a part of them.

Well, if you’re dealing with that type of man, then you definitely have something to worry about. He’s definitely hiding something.

But if your guy leaves his phone around and leaves the room without it, then you can be sure he’s not doing anything you should worry about.

2. He’ll never hide where he’s been

When he’s not around and you ask him where he’s been, a good boyfriend will tell you all about it. He’ll tell you what he did during the weekend or where he went after he met you. He has no secrets because he has done nothing wrong.

A bad boyfriend will be secretive about where he’s been and with whom. He’s probably been doing something you wouldn’t like it, otherwise, why would he keep it a secret?

3. He won’t change his story

This morning, he told you one thing, and in the afternoon, he changed his story into something else. And if you ask him why he is telling it differently, he’ll have some dumb ass, lame excuse like, “I couldn’t remember this morning” or he’ll try to convince you he was saying the same story this morning, too.

You must have understood him wrong. The bottom line, it’s you not him. A good boyfriend won’t have several versions to one story. Things he says stay unchanged. His word really means something.

4. He will never hide the truth

Lying is not his cup of tea. He is mature enough to face the consequences of his actions. If he fucked up, he’ll come clean about it and face what’s coming next.

Bad boyfriends don’t realize that lying is just a temporary solution. Sooner or later their lies will catch up with them. It will all become transparent and then, there is no easy way out.

A good boyfriend won’t be scared of what he feels. He won’t hide his feelings from you. The fact that he has to be vulnerable in order to open up to you doesn’t scare him at all.

By being vulnerable, he is being true to himself. And you as his girlfriend will recognize that and you’ll trust him. That is more than you could ask for in a successful relationship.

A bad boyfriend will play hard to get. He will be emotionally unavailable because he doesn’t want to commit to you. He doesn’t trust you enough to open up to you. That kind of behavior is nothing more than a relationship-killer.

Good boyfriends never have anything bad to say about their ex-girlfriends. You’ll never hear them trashing them or calling them crazy bitches, and most importantly, they don’t hide them.

On the other hand, bad boyfriends hide their past relationships or they trash talk about their ex’s. That’s probably a precautionary measure just in case you hear something bad about them. They make up all kinds of lies to make sure you know their ex’s are crazy, so you don’t believe a word they say.

7. He won’t hide what he does for a living

A good boyfriend will be transparent about what he does for a living. You’ll probably even meet his colleagues/friends. He will talk about his day at work and everything worth mentioning that goes down.

A bad boyfriend will be sketchy about what he does because he simply doesn’t care enough for you to know. You’ll know maybe some basic things about his job, but that’s it. He’ll never talk about work nor you’ll meet anyone who works with him.

The bottom line is: don’t give up on dating. You have to put yourself out there and take risks if you want to find true love. You have to date the wrong ones to meet the right one.

But, you don’t have to waste more of your life than you have to. Read the signs and cross him out from your life because he’s not a good boyfriend, and he’s so much less than you deserve.