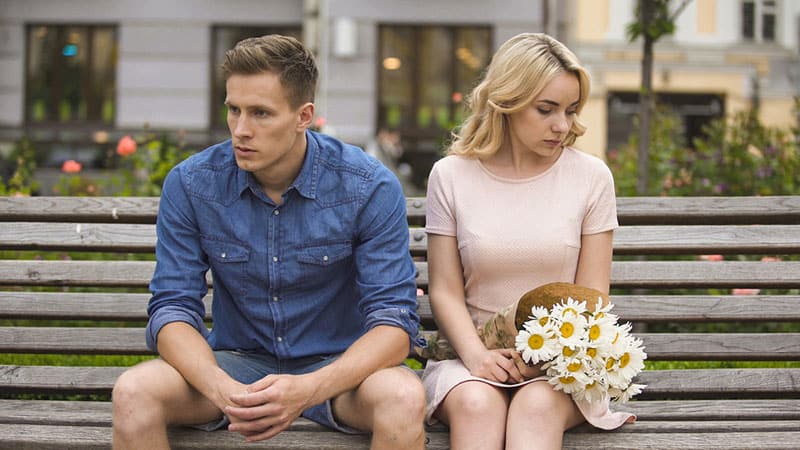 Firstly, let’s define a fake relationship. That would be any type of relationship where you’re not happy and you’re not having a good time with your partner, no matter how much you’re trying to convince yourself otherwise.

If He Does These 7 Things, You're In A Fake Relationship 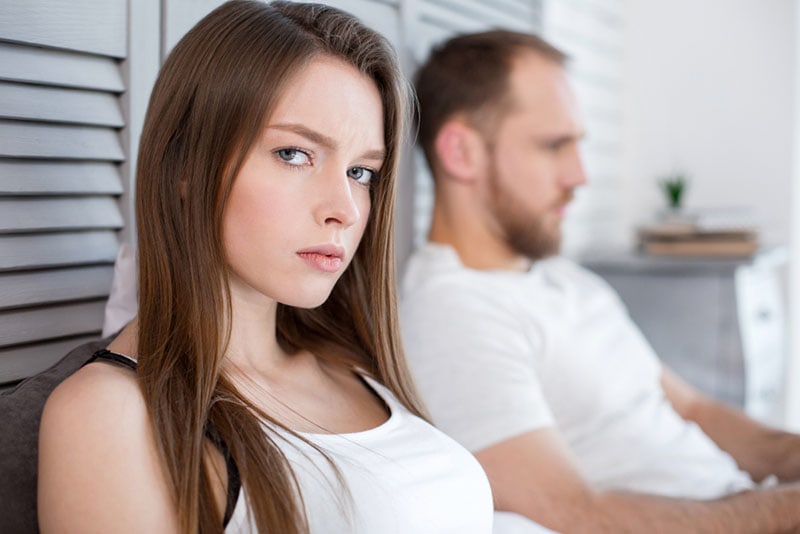 This is a relationship that is doomed from the very beginning as you just refuse to see it for what it is.

Your fear of being forever single or your previous heartbreak is making you settle for a man who is far less than what you deserve.

There might be times where he will throw in an occasional sweet gesture or say a kind word but those occur very rarely.

Fake relationships are very similar to one-sided relationships. One partner is doing whatever he pleases, not putting in much effort, while the other one suffers in silence.

And usually, the woman is the one who gets the short end of the stick.

Now, I know that nobody is perfect and that girls can be like this too but we all know that men are much more likely to engage in this toxic type of behavior.

So in order to avoid any future misfortunes or a broken heart and make sure you only let the good guys near your heart, here are 8 types of toxic men you should be avoiding in order not to fall into yet another hopeless, fake relationship.

This absolutely doesn’t mean that if a man loves his mom and is close to her that there’s anything wrong with him.

On the contrary, that is one of the most beautiful and sought after traits in a man!

What I mean by this is a man who calls his mom for every minor decision. One who asks her which shirt to wear, what to eat and one who regularly goes to her house to have his clothes washed.

This guy is nothing but a distraction from your current heartache.

If you’ve broken off a serious relationship recently, chances are you’re going to try and find solace in the arms of the first guy who seems acceptable.

And this is the last guy who you should be expecting anything serious with.

Firstly, he’s going to take advantage of the situation and take as much as he can from you to satisfy his sexual appetite and you are not in the right state of mind right now.

What you need is a break from men and time to find yourself again. Not a rebound guy to plan your future around. That is an immediate red flag.

This man simply does not want to grow up. He probably still asks his parents for money and refuses to work.

He expects to be taken care of both financially and emotionally, with no aspirations or goals for the future whatsoever.

This is no man to start a relationship with. He is never going to be what you need.

You need an ambitious, driven man who takes care of himself. Not a man-child who still asks his folks for an allowance or even worse—still lives with them.

This guy is never around. He goes off-grid for days on end and only reappears when he needs something from you. He has no appreciation for you, your commitment or your love.

All he cares about is himself and his own needs, which is why he flakes on you so frequently. He just doesn’t care enough to be around.

Occasionally, you will see him and he’ll be on his best behavior. But then he’s going to disappear again and you won’t know where he is or when he’s coming back. Like a ghost.

This guy can lie like no other. He’s so smooth with his words that you almost even believe him half the time.

The thing is, he is so charming and flirtatious in convincing you that it was just this tiny little thing and that it really doesn’t matter.

When in fact it does matter and you shouldn’t let him get away with lies. What kind of a future do you expect with a guy who can lie his way through anything?

No matter how charming he is, liars are the worst and they don’t deserve your tolerance or effort.

This is the guy who refuses to pay his fair share and always complains about things being too expensive.

When you’re at a restaurant, he either ‘forgets’ his wallet or is just going through a tough week. Either way—you end up paying.

He has never bought you a single flower or paid for so much as a coffee. He gets away with it by being convincing and charming but in fact, he’s just using you and your generosity.

In no way does money make a guy better for you but being a gentleman does. And this guy is nothing but a stingy jerk.

This guy is attached to you at the hip. He is constantly badgering you with texts and calls and always needs to see you.

He can’t go an hour without hearing from you and is kind of obsessed with you.

This is not love—it’s an obsession. It’s one thing to be a dedicated boyfriend and check up on you but come one, give a girl a second to breathe!

You are entitled to your personal space and you shouldn’t put up with a man who doesn’t respect that.

If he is being overly clingy, you’re going to become really miserable, really soon!

This guy is a flirting mess. He doesn’t care where you are or who’s around, he’s going to ‘innocently’ flirt with every cute girl who walks by.

He completely brushes it off and downplays it but that only proves how little he cares about you and your emotions.

He doesn’t consider how that makes you feel or how it looks to other people.

Being flirtatious with other girls, especially when you’re around, is a dick move and no self-respecting guy would ever put you through that!

If he flirts with you around, God only knows what he does when you’re not there. He is toying with you and you are wasting your time with him.

Walk away before it gets too messy, or he’ll lead you to nowhere but despair. Go for the guy who will only wish to flirt with one girl—you. 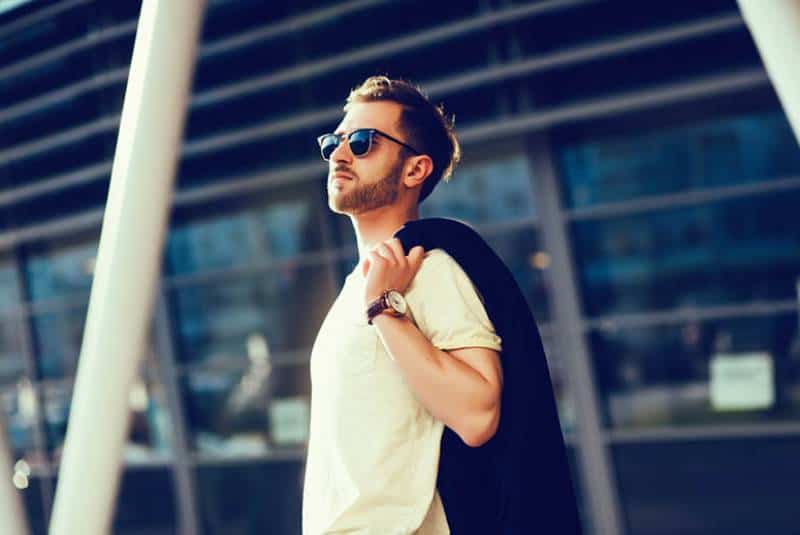