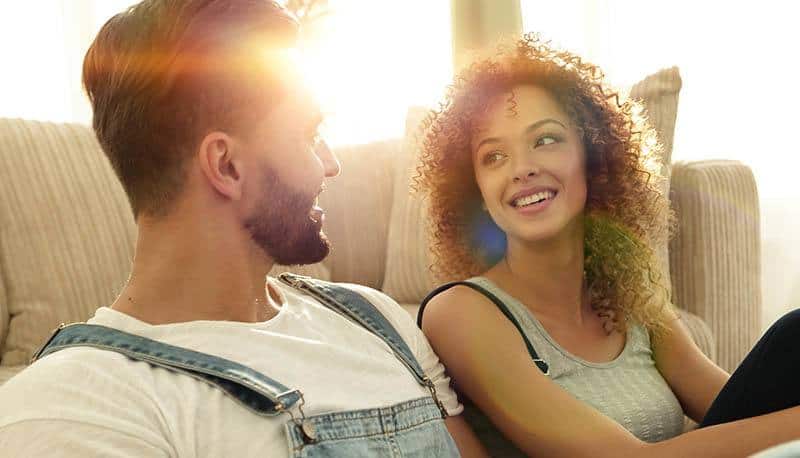 So, you’ve just started dating someone and you’re probably worrying that he might just be another mistake (which is completely understandable).

I’m sure you’re sick and tired of looking for all of those clues and signs of a real man or signs guaranteeing you that he’s a guy who won’t screw you up this time.

And if you’re wondering if there’s a secret formula that will reveal his true nature, I daresay that there actually is!

If you want to know his true intentions, pay attention to what he’s saying to you instead of only observing what he is doing!

So, if he can’t say these 10 things within the first month of dating, know that it’s time to move on because he’s simply not worth it.

If you’ve been on several dates so far and everything has been going smoothly, and you can feel mutual attraction and chemistry, it is normal to expect him to acknowledge that he likes you or that he likes spending time with you.

And if he can’t say it or refuses to say it (thinking that you already know that), then he’s definitely not worth it.

A guy who really cares about how you feel and if you like him back will always make sure to tell you how much he likes you first.

2. “I want this/that from relationships.”

If he doesn’t specify what he is looking for in a relationship but keeps dating you and perhaps keeps sending you some mixed signals, it means he’s utterly indecisive and probably emotionally damaged.

Also, he might refuse to tell you how he wants things to be because he already knows that he’s in it just to manipulate you and satisfy his selfish ego.

Always demand that they tell you about their expectations so that you know whether you’re on the same page or not.

A guy who is only interested in a superficial romance and nothing serious will always refuse to make things official with you.

No matter how much it seems that you’re definitely meant to be, if he is ignoring making your relationship official, it means that he’s not ready for one.

He will not want to do it because he is obviously interested in having someone on the side or he is totally indecisive regarding the two of you.

Whatever the true reason is, if he’s not ready to be official with you, he’s definitely not worth it.

If he never makes future plans with you (and I don’t mean two years in advance), you should stop for a moment and think about it.

Proposing things like, “I want us to go to a concert/see something,” means that he wants to make damn sure that he will be seeing you in the future.

It means he likes to spend time with you and he’s ready to do anything to initiate more of it.

Saying, “I want us to…” is the ultimate sentence of a real healthy man who knows what he wants and is not afraid of fighting for it.

If you’ve already met his friends but he still doesn’t show a willingness to meet yours, then there’s something wrong with him.

Perhaps he’s not interested in meeting your friends because he’s afraid of their possible judgment of him and his actions.

All in all, if he doesn’t want to meet your close friends, it means he’s not really interested in being a part of your life either.

And you certainly don’t want to waste your time on someone like that.

There are two reasons why a guy would like to show you his place. Reason one: he’s only interested in getting into your pants.

Reason two: he genuinely wants to show you his place.

To distinguish between the two, just pay attention to his actions if you happen to visit his place and you will know for sure.

If you decipher that he’s not the kind of guy who is only interested in taking you to bed, then you can be sure that he genuinely wants to show you his place and he wants to share his life with you.

If you’ve been on a few dates (and you had a great time together) and every time you part, he simply never says that famous sentence, “I want to see you again,” then you can be sure that there is something fishy about him.

If he never acknowledges his enjoyment and never bothers to initiate your next hangout, then he’s not worthy of you making an effort either.

If you know that he was in a relationship before you started dating him and he refuses to talk about it, then the chances are he still has feelings for her.

In that case, running away from him would be a good alternative. But if he somehow initiates that he’s totally over his ex (without saying it directly) then there’s no need to worry about it.

9. “I want to take you out for (a romantic) dinner instead of drinks.”

The importance of making an effort when it comes to dating and relationships simply can’t be emphasized enough.

So, if your guy is constantly taking you out to bars for drinks instead of a peaceful, romantic dinner (from time to time), it means he’s not making enough effort for you or to get to know you better, which means he’s not worthy of you.

Contrary to the previous point, if he’s begging you to tell him about your life goals, this means he’s totally interested in getting to know you better and he wants to be familiar with all of your future plans so that he can coordinate them with his.

So, if you never hear the sentence, “Tell me more about yourself or your life goals,” within the first month of dating, then you should seriously think about getting out of it before it’s too late. 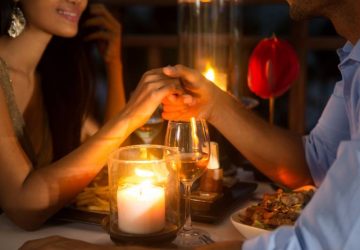