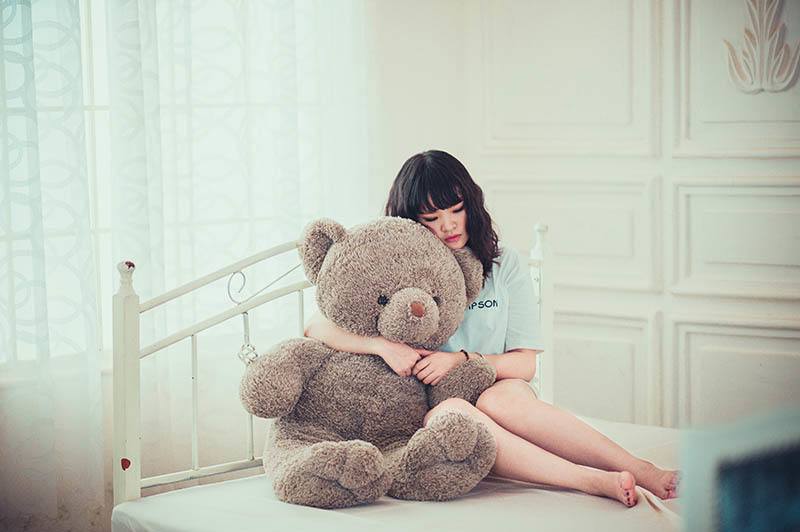 But when I look into your eyes now, I can only see the remains of the fire that was glorious. When I put my hand on your heart, I can hardly hear it beating.

When I see you, I see the black cloud on top of your head, following you wherever you go.

When I see you now, I am trying to find that happy woman, but she is, unfortunately, not there anymore.

She totally lost herself over a man who doesn’t give a damn about her. She gave him all of her love. She made sacrifices for him, and she put him first.

But he didn’t give her any of his love. He refused to sacrifice for her, and he never, ever put her first.

The life she lives right now is not a life. It is surviving from day to day. She faces inner battles every day, but she can’t give up on him.

And she knows that staying with him will never help her get the love she needs. The love she, on the other hand, gives away so unselfishly.

You know, she was so happy until she met him. He was her first love, her first kiss, the man she gave all of herself to.

And she knows it. She just keeps fighting for him, hoping he will wake up and realize what she has been doing the whole time.

She is trying so hard for him to pay attention to her, but she never succeeds in achieving it. 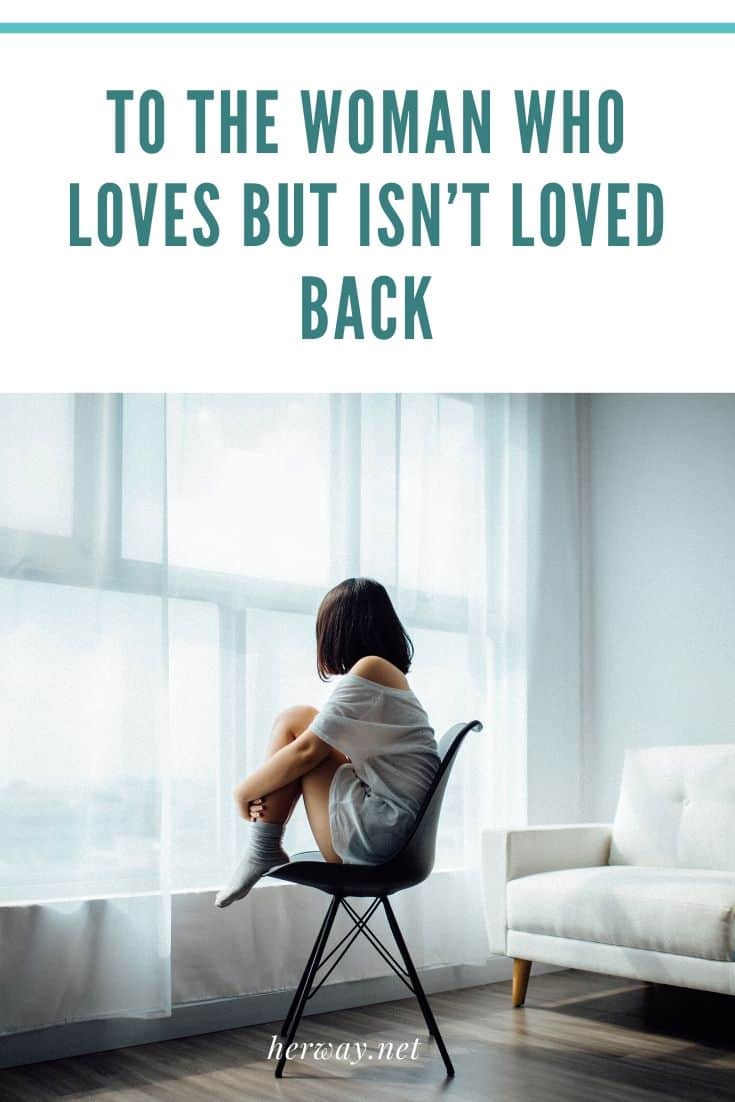 She worries about him. She listens to what he has to say. She follows all the rules. And the only thing she wants in return is some love. But she never gets it.

The only things she gets are name calling, neglect, being yelled at and disrespect.

But she doesn’t give up. She keeps all the tears in her eyes even if there is a river of tears in them.

She doesn’t want to cry in front of him. She doesn’t want him to see the mix of her tears and her mascara. She will be ugly then, and she only wants to be beautiful for him.

So she picks up the pieces of her broken heart and once again goes to cry herself to sleep. She keeps asking God why love needs to be so hard.

She desperately wants some answers, but she never gets them.

But what she doesn’t see is that the answer is next to her. The empty space where he should be sleeping is reason enough for her to leave.

She looks at it, touches it, and feels his smell—the smell of a man who used to hold her in his arms.

The man who said he will always love her, but he gave up on her with the first bump in the road.

The man who made love to her the whole night, passionately, sensually and in ways she didn’t know existed.

The man who chased her, promising her the whole world but making her regret letting him into her life shortly after that.

That same man looks at her now coldly. He doesn’t care that she has dark bags under her eyes.

He doesn’t care that she suffers every night, lying next to him and not being able to touch him. Because every time she does that, he says he is tired.
She is desperate because he gives the attention she craves so much to women who don’t deserve it. She is alive, but she dies every day.

And she will continue staying until she realizes that the man she gave everything to will never love her back. Only when she sees that being with him is in vain, will she leave.

And the only time she will turn back will be to see how far she has come. 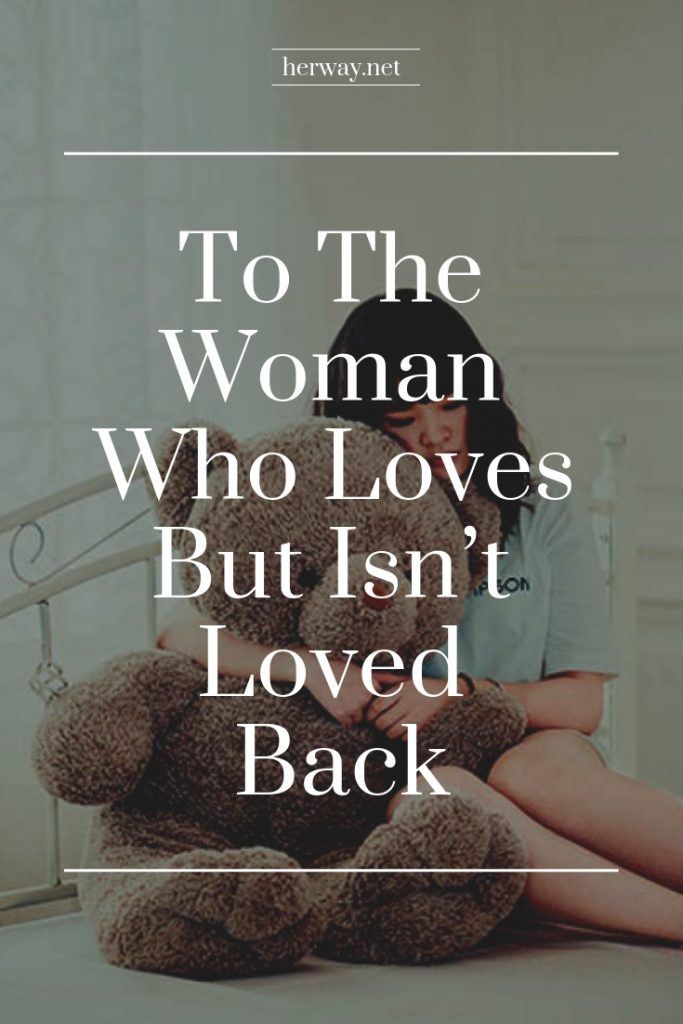