We all know that women complain a lot. They complain about, well, pretty much anything and most of the time their complaints are justified.

It is not surprising to hear women complain about their men from time to time. Men seem to be women’s number one topic.

What are their complaints about?

Well, you have probably heard your man complaining about his work, his shitty boss, his lousy salary…

But are his complaints ever about you?

Yes, he has probably reproached you for not ironing his shirts or for not making dinner or for those things that instantly make him angry.

However, there are certain things that no matter how many times he reproaches you for, you just never change.

That’s when he starts complaining about you to his friends or to anyone who is willing to listen.

Don’t get angry right away! His intentions are not bad at all. Sometimes he just gets sick of everything and wants to open up to someone.

Besides, you also do the same.

Here are some things that your man says about you behind your back:

Women have a hard time deciding on where they will eat. Their indecisiveness drives men crazy.

Whatever restaurant a man suggests, a woman will disagree. And if he asks her to decide, she won’t be able to decide.

If you are one of these women, then it is quite probable your man is complaining about you.

He is sick of you not being able to decide on where to eat.

He is sick of always having to propose several places until one of them sounds okayish to you.

Your man feels frustrated when he is waiting for you to get ready.

He just cannot grasp the idea that you can take hours to get dressed and put on make-up.

All he needs is a couple of minutes to get ready but you take it to the extreme.

You disrespect his time and it is a total lack of consideration from your side.

You have probably been late to many events just because of this.

It is an annoying habit that you have to change.

Women have that strange tendency to believe that men can read their mind. You are not an exception.

You believe that your man will notice when you are sad or when you want to eat something sweet or whatever pops into your mind.

Well, guess what? Your man will never notice anything unless you say something. You cannot blame your man for not being able to read your mind.

Maybe the most common example of this is when a woman has a problem and keeps pretending she is okay.

Her man will go on with his daily activities because she did not say anything is wrong.

Eventually, the woman will go mad with the man for not noticing how sad she is.

Men are not robots. Men are human beings. If you cannot read anyone’s mind, don’t expect your man to be able to do so.

Lots of problems would be solved if people would just say them out loud instead of assuming everyone knows about them.

It is normal for a man to pay on dates and act like a gentleman.

However, if you have been together for a long time, it is a bit inconsiderate that you always expect him to pay the total amount.

He might at times have some financial problems and not be able to spend too much.

Men can be really proud and they will never admit that they don’t have enough money.

It would be okay if you would ask to split the bill from time to time. 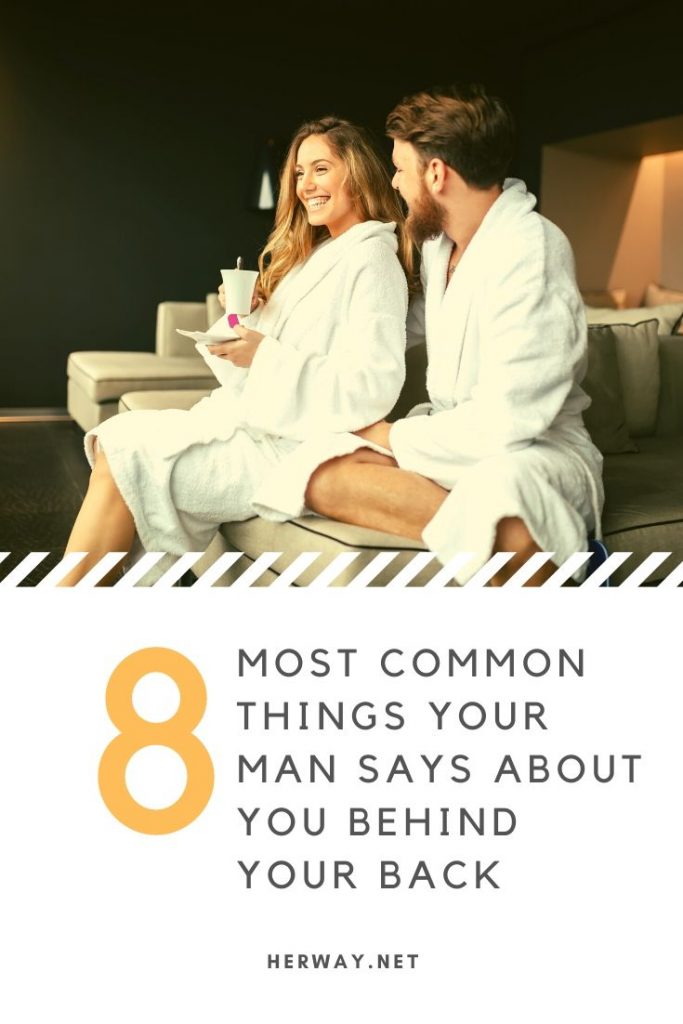 5.   She doesn’t understand that men need some time for themselves!

If you’re always invading his personal space then this is a common complaint he has about you.

Both men and women need their privacy. Sometimes he just wants to spend his time alone without anyone bothering him.

If he takes some time for himself, it does not mean that he has stopped loving you.

He just wants some time to think about everything and recharge his batteries.

6.   She is always complaining!

Your constant complaining makes the atmosphere a bit tense. He doesn’t like to be surrounded with all that negativity.

It makes him stressed and upset.

Complaining all the time does not make you attractive at all.

You have to understand that all that men want is a little bit of peace, love and something to eat. It is that simple.

If you don’t let your man go out with his friends as frequently as he wants, if you have high expectations of him, if you only want him to do whatever you like, then you are a control freak.

He has a hard time dealing with you and he definitely complains about you behind your back.

This is not a healthy relationship and you should both talk about this and try to find some kind of solution to this problem.

Sometimes all women want is some cuddling. When it comes to making love, women are not always ready for it.

This can cause lots of dissatisfaction.

Talking about all these things and working together toward solving them will definitely make your relationship a lot better and a lot more productive.

Piling up complaints is never good and it can lead to a break-up.

If a break-up is something that you don’t want, then sit down, have a talk and be the greatest couple you can be.