For some time now, I’ve been living in your shadow—attempting to walk in the shoes that left footprints on his heart not so long ago. And if I’m being completely honest, I guess I’m not doing all that well. You see, just where your heartache ended, mine began.

We both know that your heart had been out of it far before you decided to tell him goodbye—a cowardly move on your part, but whatever.

Before I go any further, please let me say, this letter is not going to be a bash party. In fact, it’s quite the opposite. Truth be told, I’m the one who is the fool!

I get it, I really do! I, myself, have had to walk away from a relationship that I swore would be forever… a relationship that I no longer felt the same way about. The difference, however, is that I voiced those feelings of change, so there was no question as to the inevitable outcome. I understand that life sometimes deals a hand that eventually plays out differently than originally expected, but broken pieces should not be left in the wake of the event.

The fact of the matter is that I’ve been just as broken by past relationships. I’ve been lied to, cheated on, verbally, mentally, emotionally, and physically abused to the point that love was the furthest expectation, and then, he came waltzing in to my life. We’ve pushed each other away to damaging limits, and that alone has caused what I thought would be breaking points, but we’ve survived.

The thing is, I know when he looks at me sometimes, he sees you. I know that when we happen to drive by what used to be the home in which you two lived or your place of business, he still reminisces about what was and what could have been. I also know that since we’ve been seeing each other, he’s messaged you, asking you to come back. And as devastating as finding that message was, I was also fighting my own demons, so I stayed. 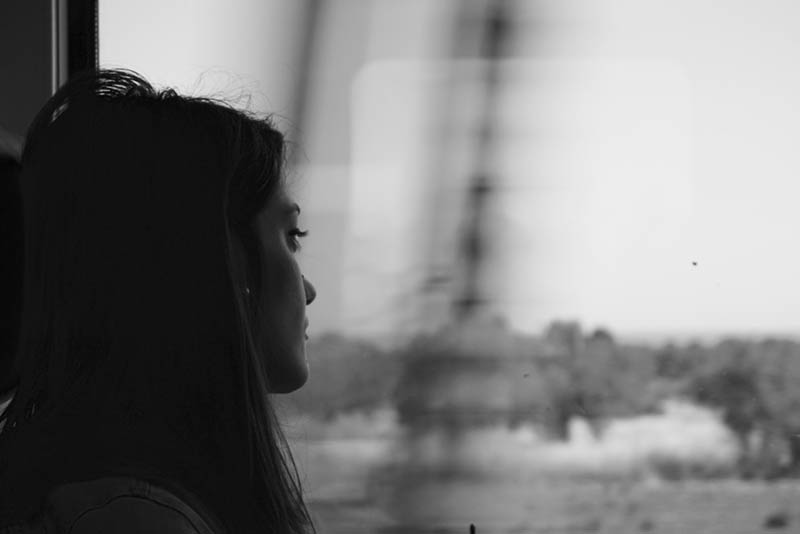 But I’ve found that nearly every day since, I ask myself if I’ll ever be able to win the battle I’m facing for his heart, even though you’ve made it clear that you have moved on. He’s got this wall built up around his heart that has been proving more difficult to take down than some. I’m kept at a safe distance, left standing on the outside looking in through a window, hoping for some kind of lifeline to be thrown my way, so that maybe, just maybe, I’d be given even the smallest opportunity to love him.

And HE DESERVES LOVE!!! He is kind, caring, and thoughtful. The man is not only physically a beast, but the strength he possesses mentally and emotionally blows my mind on a regular basis. He has overcome pain and adversity and still wears the most beautiful smile on his face every day. He is funny, charming, and quite the romantic when he wants to be. He has dreams and ambitions, goals that he alone has accomplished without help. He is wise beyond his years in so many things, and has proven to be one of the very best fathers I’ve ever had the pleasure of meeting. I mean, you truly let go of one hell of a man. And me?? Well, lucky doesn’t even begin to describe what I am.

But finding him and keeping him is proving to be two completely different things. He still speaks in the present tense sometimes when speaking about the relationship you two had. And in the past, he got upset when I tried to put any kind of label or title on whatever it is we have.

I can’t help but think that it’s because he still holds hope that one day you guys might be able to work things out and try again. And who am I to say that you guys won’t?? In reality, and call me selfish if you want, but I hope you NEVER get the chance to destroy him ever again. But who am I, right? In the meantime, though, I am stuck here in limbo, having already fallen in love with a man who I’m pretty sure is still hopelessly in love with you.

So here I am, being vulnerable, attempting to speak to a woman who doesn’t even know I exist, let alone know my name. And yet again, being honest, I haven’t a clue to what I hope to accomplish by even writing this because neither of you will probably ever read it. I guess I just felt like I needed to be heard. Like I needed to put it down in words for myself more than anything.

I have never experienced this kind of dilemma before. I never even knew what jealousy felt like until I saw some chick making googly eyes at him, so I’m at a loss right now. What I do know is that, I would be broken beyond belief if for some reason he was no longer in my life. And I have promised myself that even if it’s not me he’s meant to be with, I will do everything in my power to be his friend, even though I have hopes for more.

I don’t know what the future holds, and I’m not gonna push it. But I do have one request. If you could just release him from whatever it is your holding on to, as some kind of final selfless act on your part, know that no man would deserve it more. 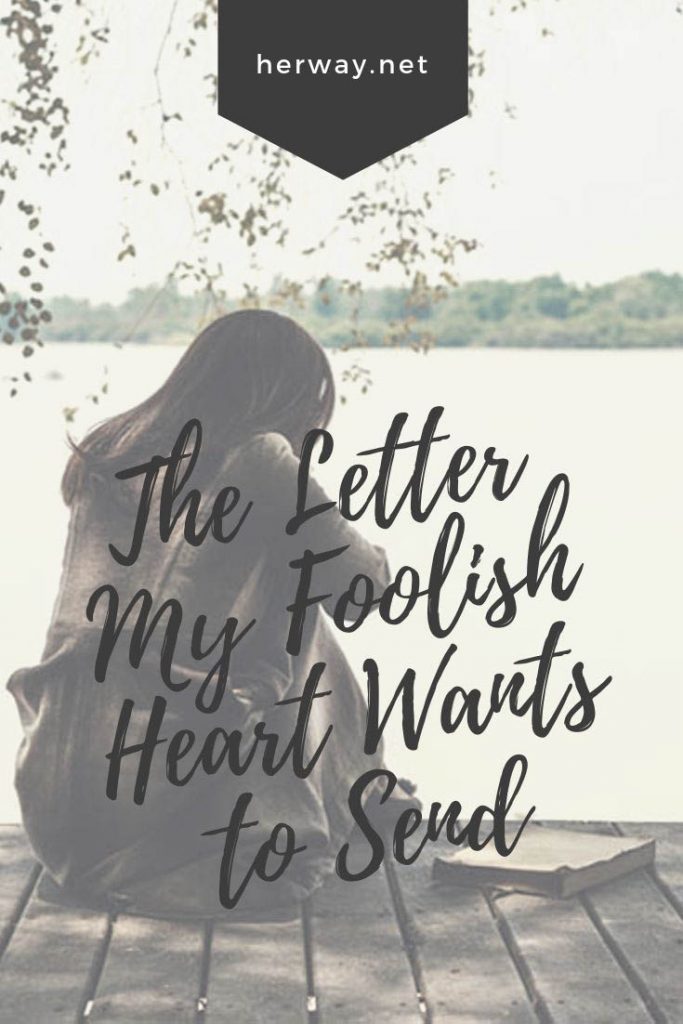