If you’ve ever had the displeasure of being involved with a narcissist, I’m sure by now you’re aware that nothing good can come out of it.

They are like a disease that takes bits and pieces of your soul until they are ready to latch onto a new victim.

Being with a narcissist is exhausting, draining, painful, and never-ending.

They charm the shit out of you, whip their claws into you (metaphorically), and don’t let go until THEY decide to.

They are not good at relationships to say the least.

Their lack of empathy and consideration for anyone other than themselves is frustrating.

At times, you get the feeling there is more to your narcissist than his manipulation and deceit – and then he proves you wrong. 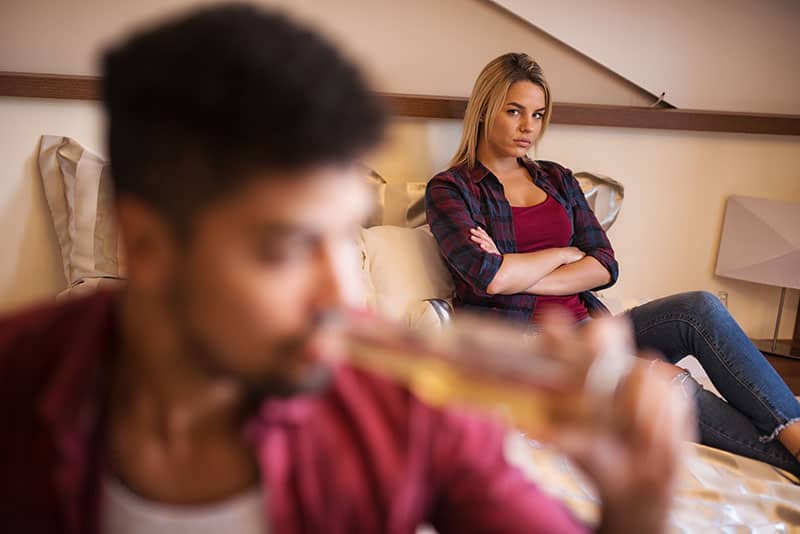 And it’s endless cycles of misery, false hopefulness and lies that keep shocking you even though don’t even know why.

The only shocking thing would be its exact opposite.

And this is why cheating is almost like second nature to them. One woman simply won’t do.

And while this is not a fact for every single narcissist out there – it is for the majority of them.

Cheating gives them a sense of relief, control, and accomplishment. It puts them above you and gives them the power trip of a lifetime.

But why do they need to cheat to feel fulfilled?

Why exactly do they feel entitled to cheat? Why do they think they can do it and easily get away with it?

What is it about cheating that is so alluring in the first place?

Here, I’ll break down some of the answers to those. Here are some of the most common reasons why narcissists resort to cheating.

Contents show
1 1. A narcissist needs attention and oftentimes, one woman simply isn’t enough.
2 2. A narcissist genuinely believes he is entitled to more than anyone else
3 3. A narcissist’s ego doesn’t let him play by the rules
4 4. A narcissist has a high sex drive
5 5. A narcissist feels in control when he cheats 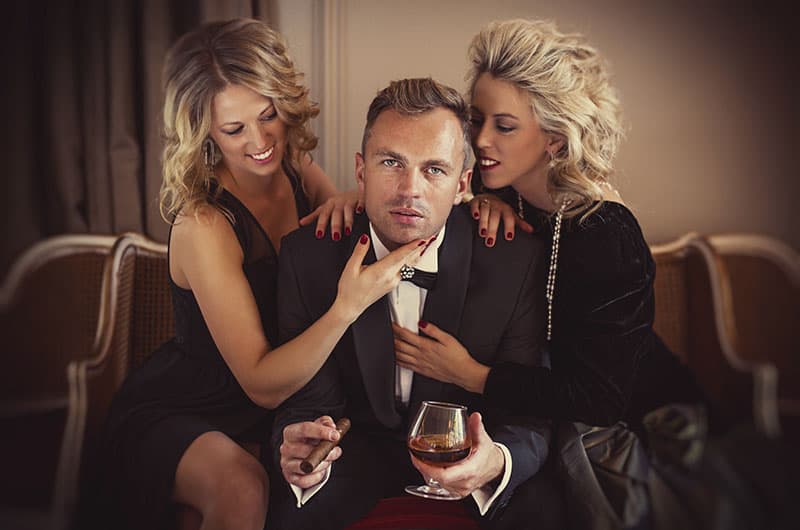 One could say this about men in general almost, but with narcissists, it’s more severe. A narcissist needs to feel adored and admired.

He needs to be the object of everyone’s attention, and that goes for his romantic relationships as well.

One woman’s attention rarely satisfies all of his needs. He needs more. He needs to feel like he’s on top of the world.

He needs his ego boosted and his mind blown. And this is why he will seek the company of other women.

The more his grandiosity is admired, the more inflated his sense of self.

2. A narcissist genuinely believes he is entitled to more than anyone else 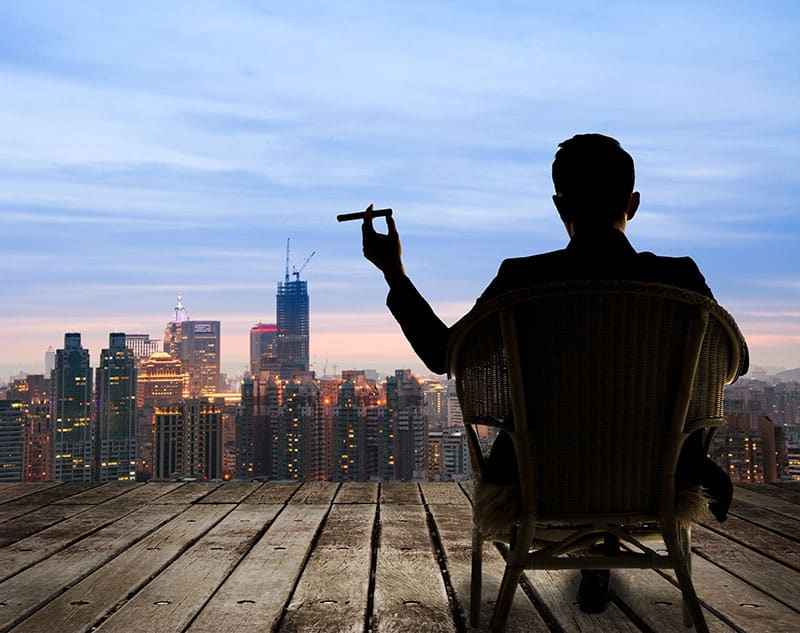 A narcissist has a superiority complex, and that makes him believe he can take whatever he wants because he is entitled to it.

He genuinely believes he deserves things more than you and I do.

And this includes romantic partners (even though there’s really no romance there). To him, right or wrong doesn’t play a part here.

He is above anyone, and rules don’t apply to him. He gets to take what he feels he has the right to, and he answers to nobody.

This is why he cheats on you and then makes you feel guilty for getting mad.

He plays by an entirely different set of rules, and they justify his morally reprehensible behavior.

3. A narcissist’s ego doesn’t let him play by the rules 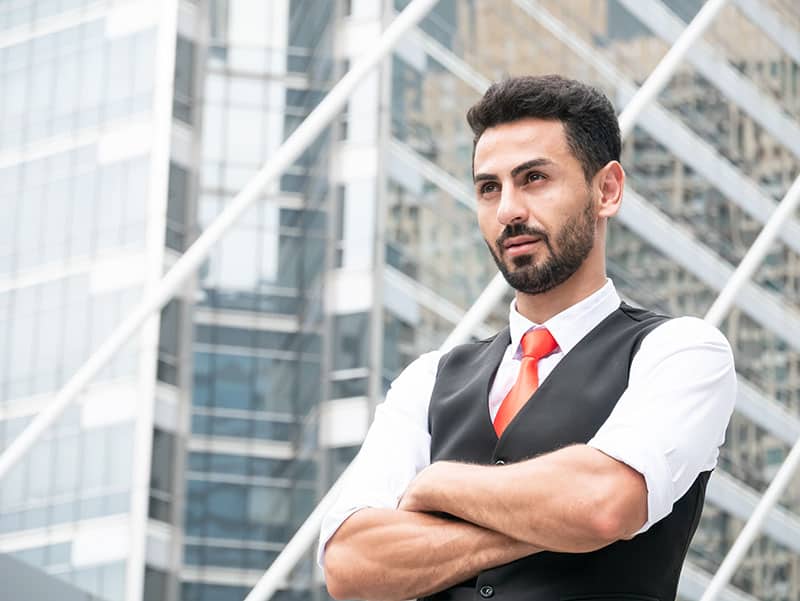 His ego often gets the best of him. Even if he wanted to be faithful, his inflated ego wouldn’t let him.

A narcissist gets himself in plenty of situations in which he is tempted, and he does it on purpose.

So when he’s in one of those situations, his ego won’t let him restrain himself.  He’ll never think of the woman waiting for him at home.

He will welcome any opportunity he gets to get his fix, and he’ll feel boastful about it.

He simply doesn’t care to do anything discreetly. It’s not his style.

4. A narcissist has a high sex drive 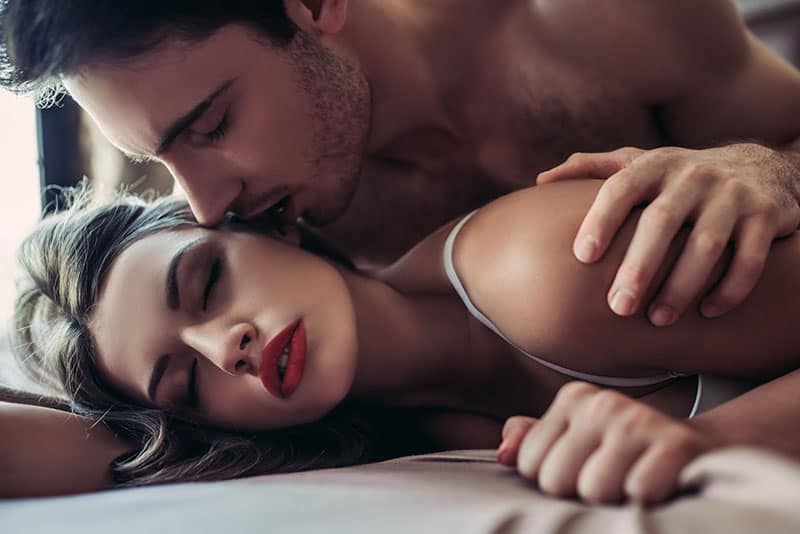 To a narcissist, sex is a drug. He needs to engage in as much of it as possible to give himself a boost and to prove his worth to others.

He has a stronger libido than most people which doesn’t let him stay celibate for long.

And if the sex with his partner doesn’t satisfy his needs, he’ll start looking elsewhere. You may believe that you have a good sex life, and that may very well be the case.

But unlike with a normal partner who would appreciate it and never think of straying, a narcissist isn’t built that way.

No matter how much you give him, he’ll always need more. And that is entirely on him.

5. A narcissist feels in control when he cheats 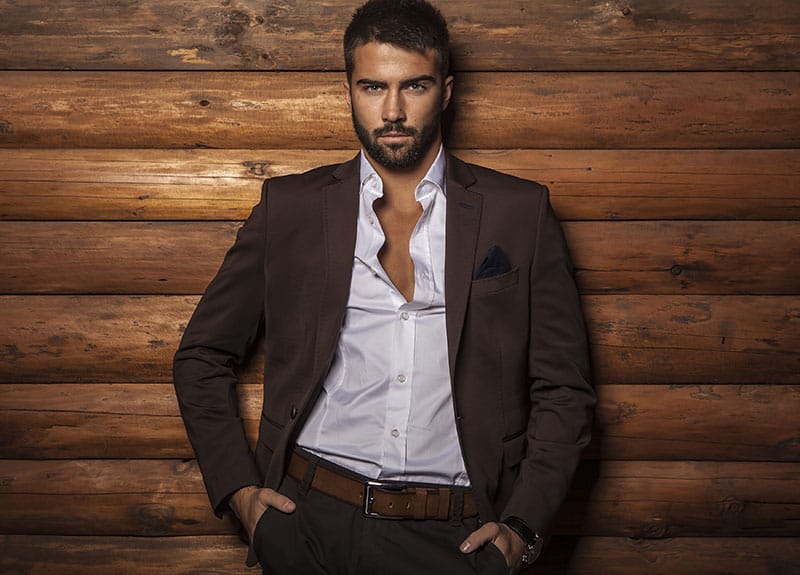 To him, cheating is like a power trip. He is showing you that he can (and will!) do as he pleases, and you’ll just have to put up with it.

A narcissist enjoys the chase. He enjoys and feeds on being able to seduce yet another woman and get her into bed.

And sex, especially the forbidden kind, is the ultimate form of control to him.

Being able to get away with it knowing you’re stuck with him, gives him more control than a person could ever need. 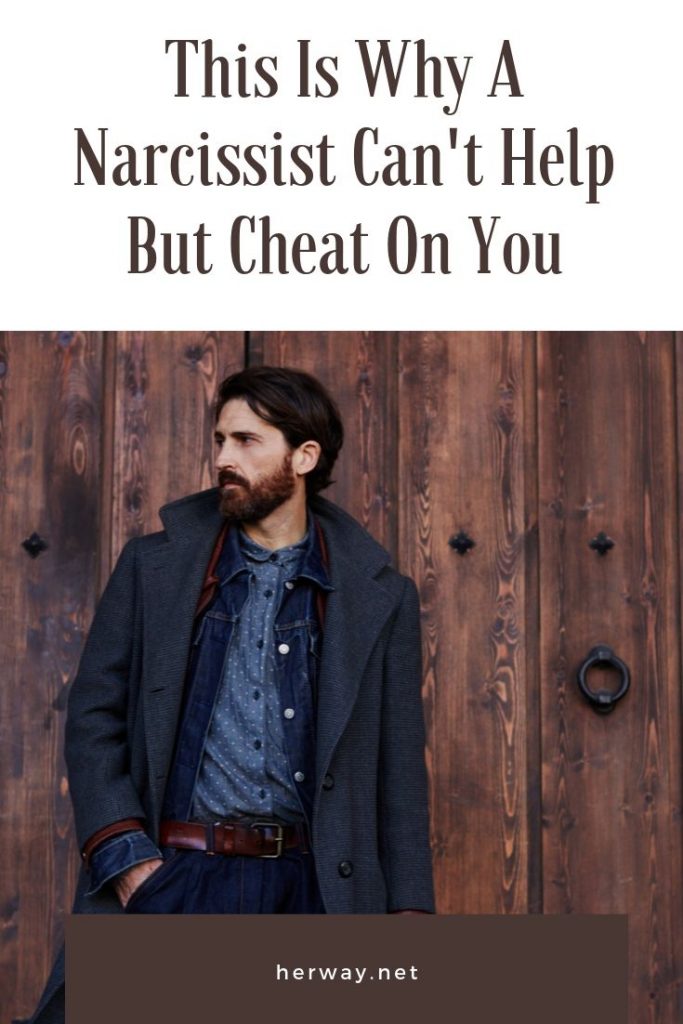