Just because she’s strong doesn’t mean that she can’t break under the weight of the world.

Even a strong woman can give her heart to a man who isn’t any good for her and all he does is pour acid into her after he opens her chest up to break her heart.

A broken heart is never something easy to deal with…when you break down in the middle of the street because you remembered a beautiful memory and realise that you won’t have that ever again…when you stay up until four in the morning crying and thinking to yourself that love shouldn’t be this hard.

It’s seeing his face in every random passenger without being able to realise that you won’t get him back.

For every woman, a broken heart is the same experience. It’s the kind of pain that you wouldn’t want upon your biggest enemy.

Yes, that’s how hard it hurts and you’ve been through that, too.

But when it comes to a strong woman, for some reason we always expect them to deal with break ups and heartbreaks in a manner where she shakes it off like nothing ever happened. But no.

This is how a strong woman heals her broken heart:

She cries. It’s no secret that it hurts like hell and no matter how strong a woman is, she will cry.

A broken heart isn’t something that will heal overnight, so it will continue on hurting.

She will remember him at night and she will dream of him before she wakes up crying because she has realised that he’s not by her side anymore.

She talks about it. There’s no need to keep it inside anymore. So much pain isn’t good and she knows that. 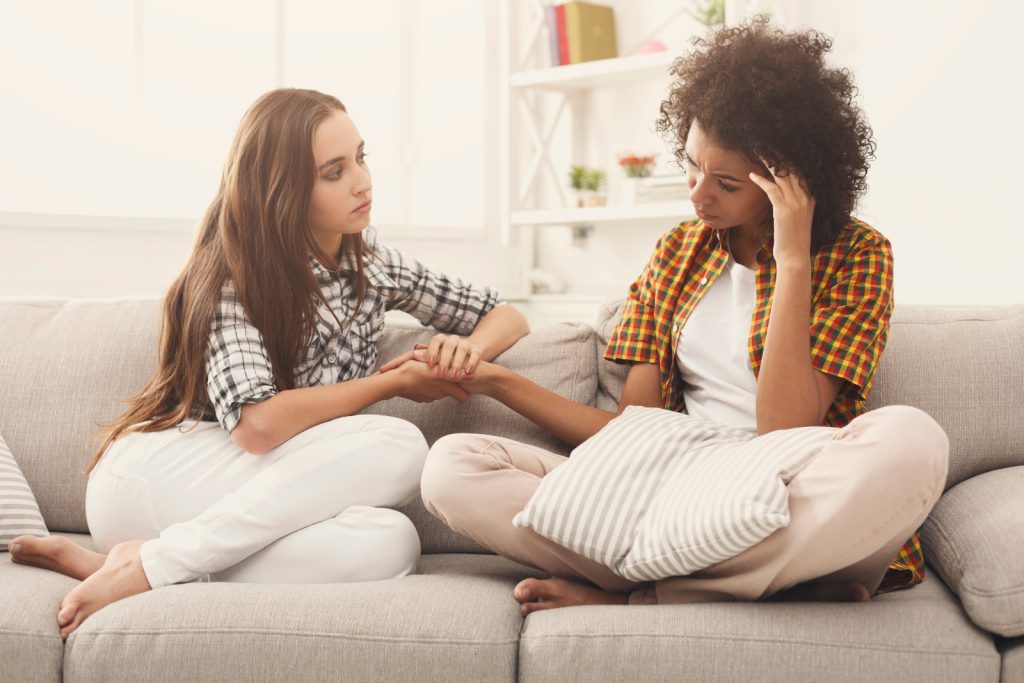 Going to the people closest to her is the best way to cope with the pain because they will have the right words to cheer her up and to be honest, she doesn’t have the strength to deal with all these feelings herself.

She needs someone who will hug her and tell her that she will be fine.

She is forgiving. She forgives herself and the man who broke her. There is no need to hold grudges and blame someone for what has happened.

She believes that everything happens for a reason and that her heart will feel much better if she forgives herself and the man who did this to her. It’s better this way. She deserves peace.

She turns her pain into fuel. It isn’t a secret that pain makes the best artists. To a strong woman, pain is the best motivator to make some changes in her life.

Every time there is an outburst of pain inside her, she won’t just sit around and wait for it to pass because that won’t bring her anything.

She will go out for a run, go for coffee with her friends. This way there is no negative energy piling up inside her.

She is doing things for herself. When your heart gets broken, it would be a waste of time not to love yourself.

That’s why a strong woman loves herself and she knows that this way she will heal faster.

She takes herself out on dates and dinners, always paying attention that she does things that she needs to do in order to feel better.

She eats well and she dresses better than ever, just to show herself that she is able to stand on her own two feet.

He can only deepen her wounds and that’s not something she wants to do – not now, not ever. There’s no need to give him a second chance if he blew his first one! It’s as easy as that. 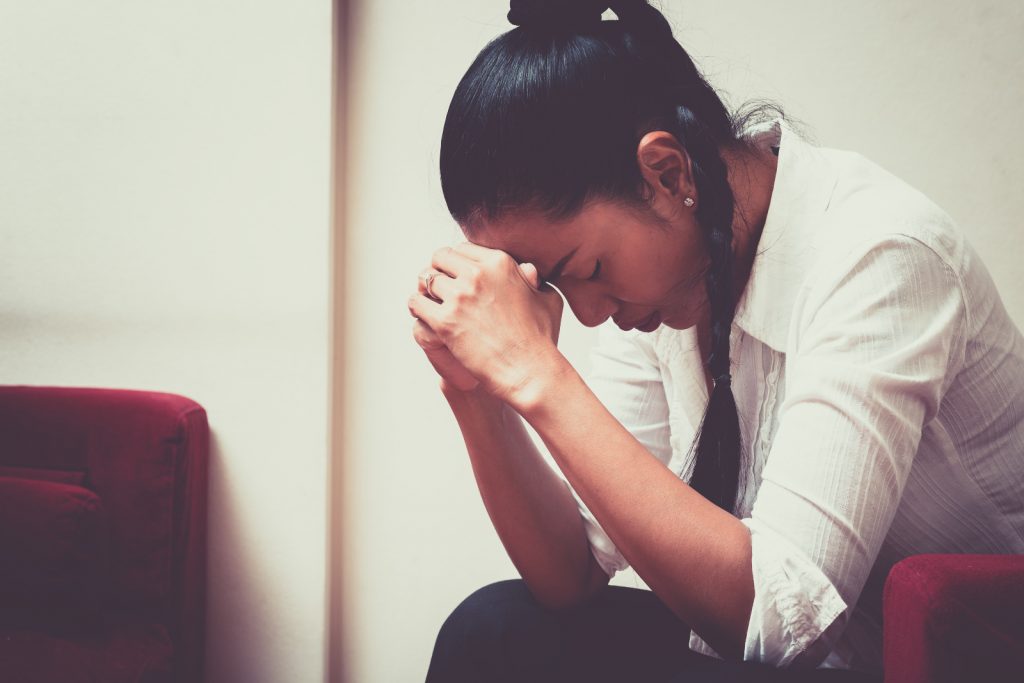 She will be scared to love again. Whenever someone tries to come near her, to flirt with her or text her, she gets defensive and she doesn’t want to do anything with that person.

But that’s just her first instinct because it’s scary to trust someone so soon after she has been broken. She has made boundaries to keep her heart safe. There’s nothing wrong with that.

But she won’t throw her life away because of one broken heart. She deserves better than that!

She won’t rush into a new relationship. That would be irresponsible of her and there’s no need for her to do that.

She knows that her broken heart won’t survive another break down and that those pieces should come back together before she can fully give it to someone new. So she doesn’t rush anywhere!

She knows that true love will come when she’s ready to receive it.

Until she heals completely and until she makes sure that the next men she falls for is worthy of her, she won’t let herself fall in love.

Now, it’s time to love herself and show herself that it’s OK to treat herself with kindness, love and appreciation! This is her time and no one should interrupt it.

She heals herself. One day she will wake up and realise that she has made it possible to heal her broken heart all by herself.

No man is needed to help her because she is strong enough to carry her own scars and her own brokenness!

She is the strong woman we should all look up to. Even though she is broken and damaged, even though her chest is hurting, she is doing an amazing job of healing. 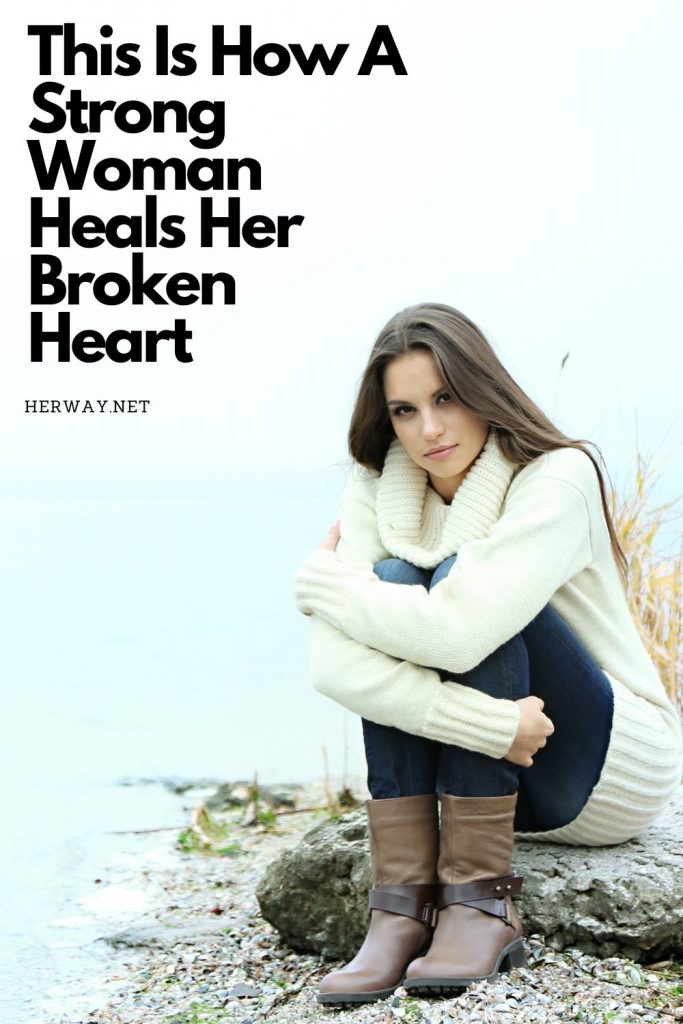