She receives blows and she gets hurt. We all do but she never lets it get to her.

It’s fascinating how much strength she’s got. It’s almost surreal how she handles every difficult situation.

From the outside, she is a hard shell to crack. She is altogether and calm.

She knows just what to say and when to say it. Everything about her seems stable and rational.

She is a passionate woman who knows exactly what she wants from life and nothing will stand in her way. Nothing will mess up her plans.

She has been through it all and life hasn’t been kind to her. She had her heart broken, she was betrayed and she cried her share of tears.

So, she knows it all. She’s been through it all and she’s still standing, stronger than ever.

She’s been in toxic relationships and she gave so many second chances but the story ends up the same for her as for all of hurt women out there.

The man she wanted to save didn’t want to change. He didn’t want to be saved and he kept using her and the kindness of her heart until he squeezed the last drop out of her.

She made mistakes and she learned from them. She was disappointed and betrayed but she never gave up.

She kept fighting because that’s who she is. She is a strong woman.

She continues living and acts as if she was never hurt. She acts as if nothing has happened to her because she knows she can’t be stuck in the past.

She knows that she needs to move on and keep on living her life and fight every next battle with everything she’s got.

She hides her wounds deep inside where no one can find them. She refuses to let anyone know she’s vulnerable.

At least for now, until she gets better. Until she heals from the inside.

She is brave and she walks through life looking perfectly fine. But, as you know, she hurts inside and she hides it.

Her scars are buried deep beneath her skin. And just because they don’t appear visible, doesn’t mean they don’t hurt.

She is the kind of girl you want to be around. She is the girl you’ll turn to when you’re feeling down, when something is bothering you.

The goodness of her heart will make you feel safe and loved.

She does that to other people. She gives them security and comfort.

Sometimes we all need that kind of a person in our life but none of us ever wonder how they feel or if they are hurting because they always look just perfectly fine. But usually they are not.

She just handles her problems so well because she’s modest. She doesn’t want to burden anyone with her pain.

She knows that all of her friends have problems of their own and she’ll help them but she’ll keep her pain to herself.

No one sees the wounds she so desperately tries to stop from bleeding. No one sees she’s trying to recover herself.

You’d think by just one look at her that she’s leading a perfect life. Maybe you even envy her.

But what you don’t see is the constant inner battle for survival, which goes around inside her, unnoticed, hidden from the world.

But there is something you don’t know. You’re only seeing the parts of her life she wants you to see.

She knows just how to keep things to herself and away from the world. So, if she’s going to suffer, she is going to do it quietly, without much fuss, alone.

She has so many sides to her and none of them are as perfect as they may look. She has ugly sides, she has horrible moments.

That’s because she is only a human being. Her heart is not made of steel. She only wants you to think that because she’s strong and she never gives up.

She looks like nothing can bring her down and honestly, nothing will anymore because she’s been through it all. She’s been hurt, she experienced loss and she recovered.

You’ll never know how delicate she is, because she’ll never show you.

You’ll never know her pain or the sadness in her heart because she always smiles.

All you’re going to see is a brave and strong woman, always taking a step further.

Because that is something she wants you to see. 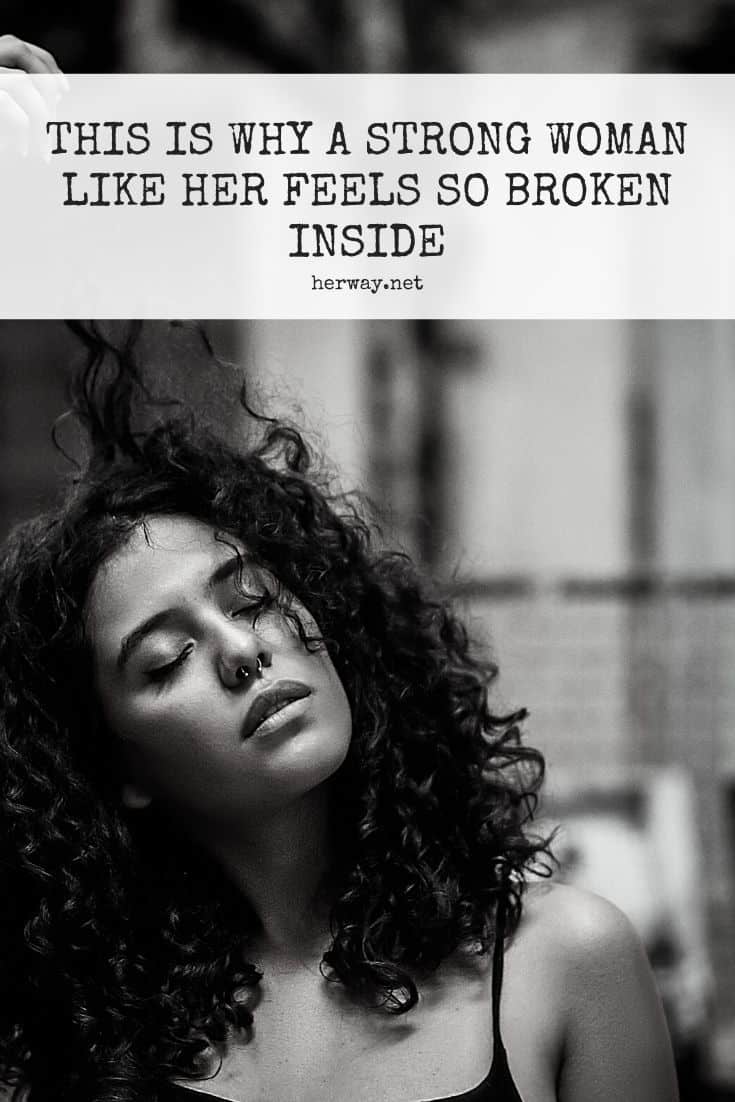