There isn’t a greater feeling in the world than meeting someone with whom you feel free to be who you really are, make a fool out of yourselves, and not give a shit about anything.

Why? Remember the seconds that feel like hours when you wait for him to call you or answer your text?

Remember being confused because he never really openly says how he feels about you and the thing you two have?

I, as a member of the female species, understand you very well. There is nothing more frustrating in the whole wide world than not knowing where you stand with the person you really like.

There’s nothing more annoying than waiting for the message of someone you really like and sweating it out to have them confirm that the feeling is mutual.

And while you’re lying there on your bed trying hard to figure things out, the only solution that seems logical to you is to probably ask him where things are going. I mean, every sane person would do the same, right? Well, not really.

When it comes to guys, having a conversation about where things are going and how they feel about everything is more like committing suicide.

Unlike women, men don’t really like to define things because this makes them anxious, and if you force them to open up to you and tell you exactly how they feel about everything, you will only make things worse!

Remember this and read it a few times if you have to. (Trust me, I’m speaking from experience.)

And if you’re wondering why, here are 5 solid reasons you should never ask a guy where things are going (no matter how much you want to)!

Contents show
1 1. Guys need more time to process their emotions
2 2. You don’t want to look desperate
3 3. Uncertainty is not a problem you have to fix
4 4. You should ENJOY instead of DEFINE
5 5. Instead of needing to know, work on your fear 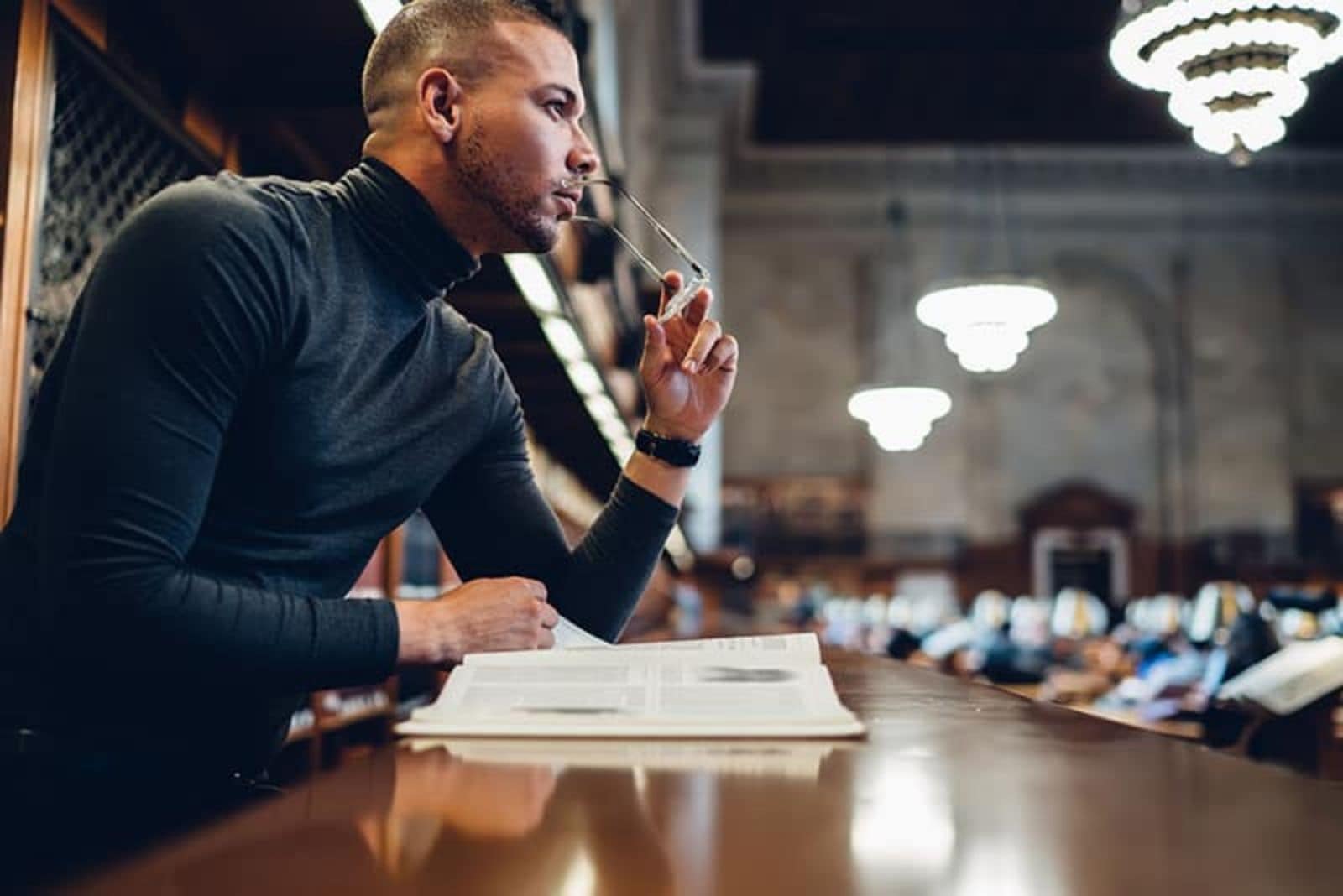 Guys, by nature, need more time to process their emotions in order to understand what they really want and how they really feel about everything.

On the other hand, women are more mature in this context because they are faster when it comes to understanding their emotions.

Now, imagine that you ask the guy you like to have the where-things-are-going conversation. I’m sure you assume the outcome.

He’ll start overthinking and getting more and more confused about everything because his emotions haven’t yet clicked in his brain.

So, the worst case scenario is he comes to the conclusion that he’s not really ready to commit only because it’s too early for him to think about all of this.

Well, to keep this from happening, the only thing you shouldn’t do is force him to have this conversation with you because with time, he’ll understand all of it on his own and open up to you when he’s ready.

See also: What Do Men Want In A Woman? 15 Things That Will Wow Him

2. You don’t want to look desperate 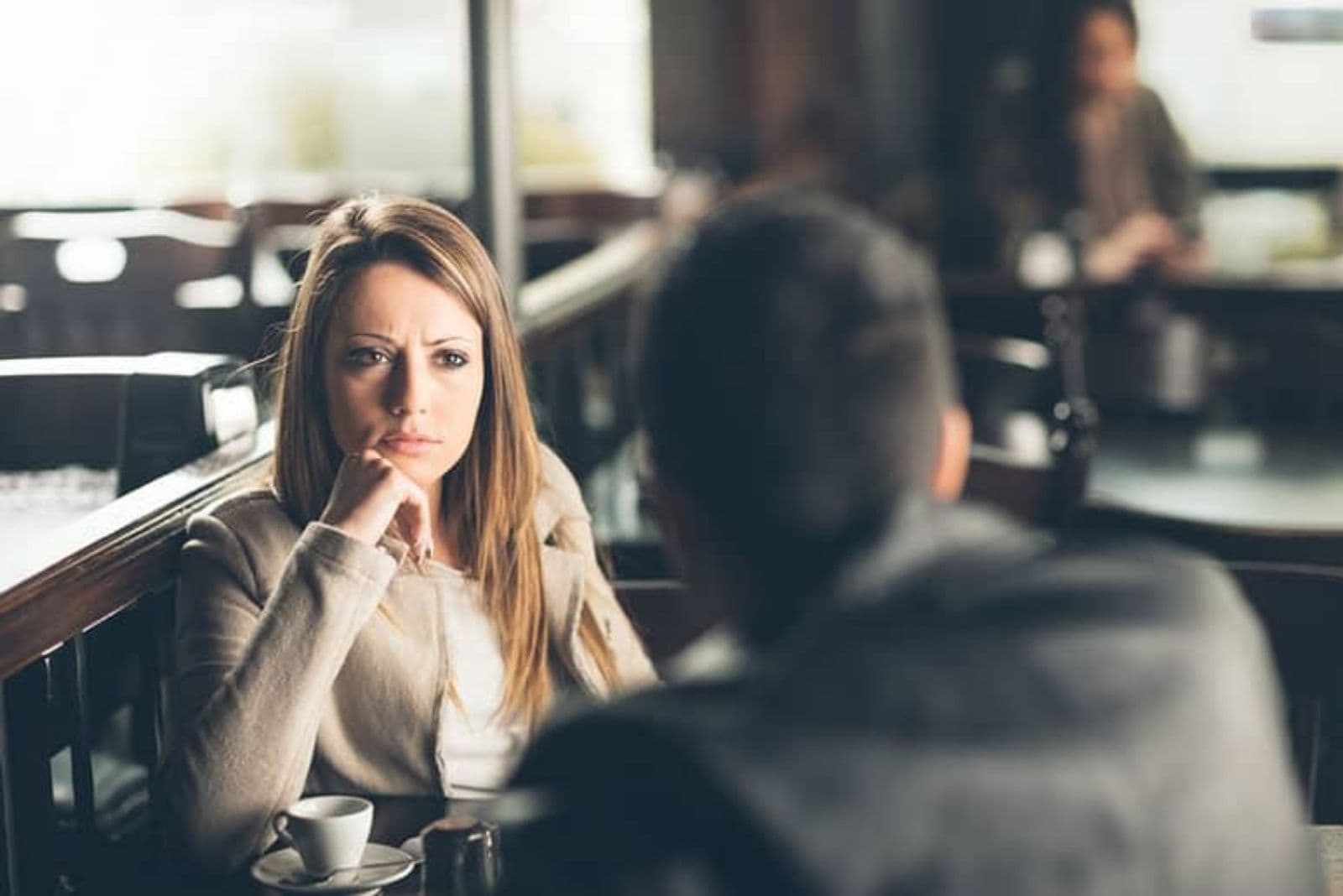 I, as a woman, understand you completely when it comes to being impatient and demanding answers so that you can function properly.

But, if you choose to ask him to define the thing you have, he might think of you being desperate. Why?

Because he could get the feeling that you’re rushing things (especially if it’s too early for him; remember the above-mentioned point?) and no one likes to be rushed into something.

Feeling pressured to make choices and come to conclusions will only make him run from you instead of drawing closer.

And, even worse, he will think of you as insecure and a control freak because pressuring someone means desperately wanting to direct things as you wish, only to feel at peace with yourself. And no one is attracted to such qualities.

3. Uncertainty is not a problem you have to fix 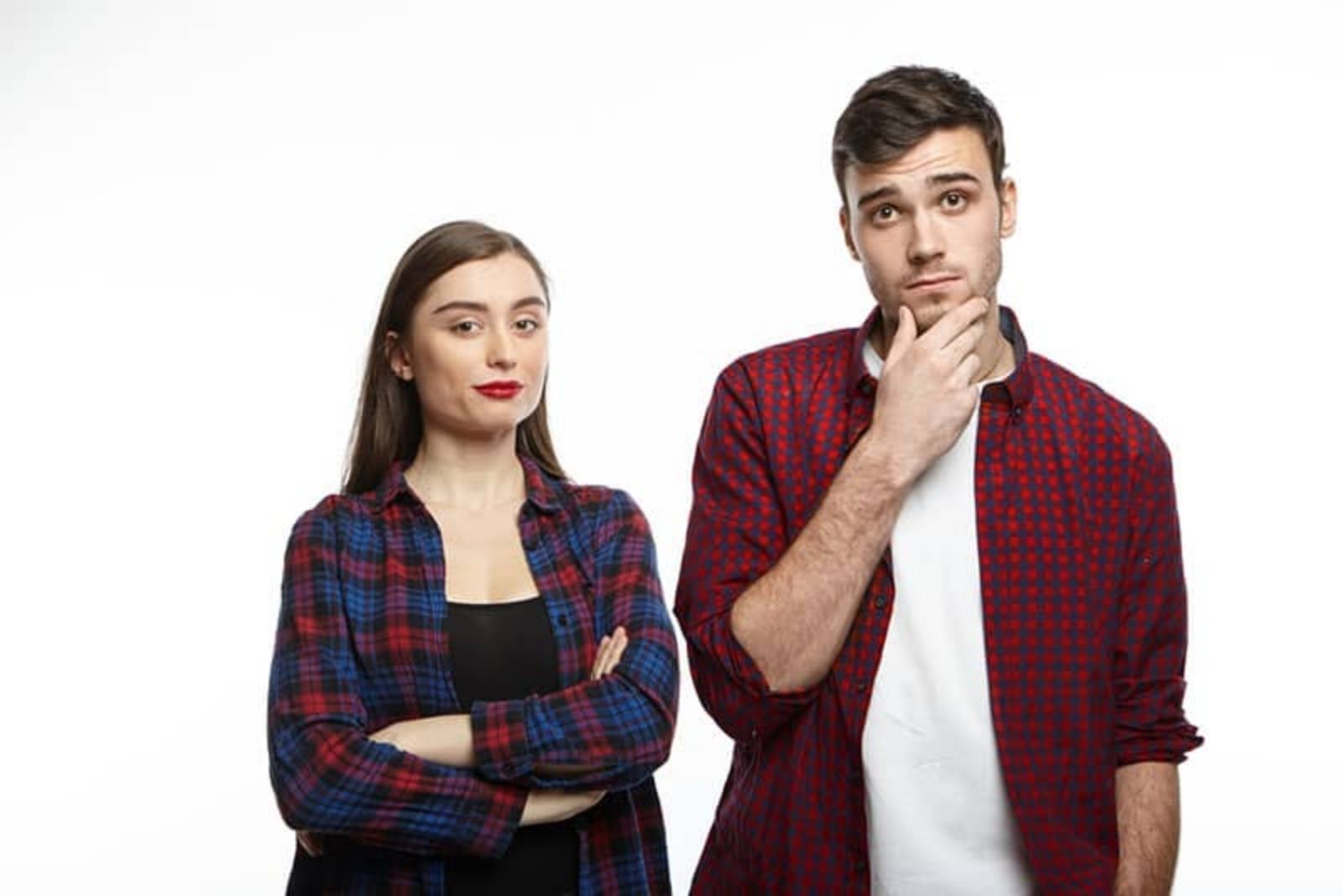 It’s not a coincidence that men are said to be from Mars and women from Venus – they have completely different mindsets.

While women demand answers, men demand space. The biggest problem that many women are guilty of is the need to resolve uncertainty.

While women detest uncertainty, men detest restriction. Sounds ironic, right? But, it’s true. Men don’t have the urge to define things because they like to let things unfold naturally.

Contrary to them, women only feel comfortable when they specifically know where things are going and at what speed.

So, learning that uncertainty is not a problem that you have to fix is the first step to realizing that you shouldn’t force your guy to have the where-things-are-going conversation with you.

By doing that, you will save lots of time and nerves for the both of you.

4. You should ENJOY instead of DEFINE 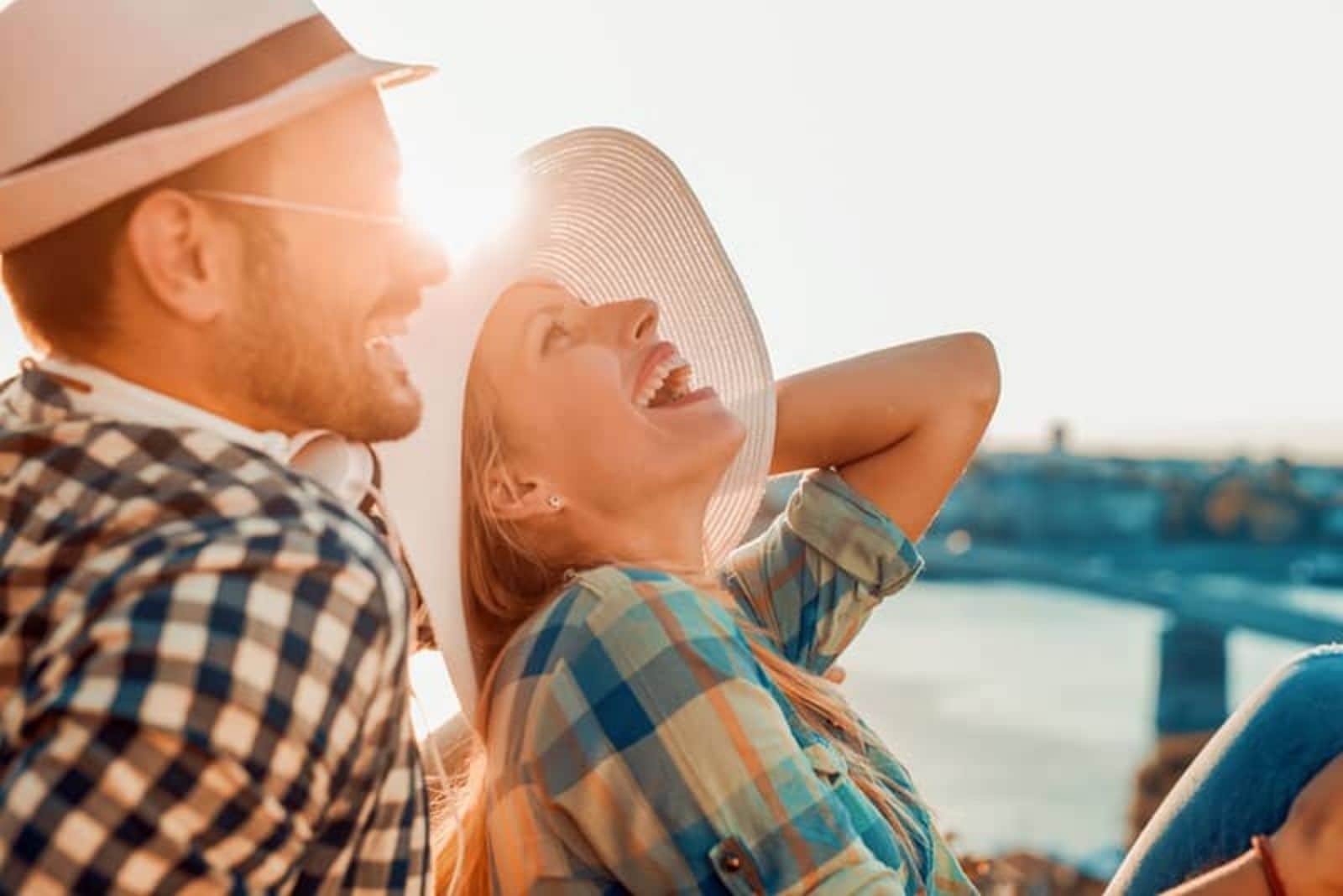 Let’s say that you’ve decided to have that conversation with your guy and you’re not satisfied with his answers and now you wish you could turn back time and erase the moment you decided to do so.

Spending – or better said – wasting your time on defining things will not bring you anything good. Instead, you should enjoy spending time together and not overthink their every word or move.

This is the biggest difference when it comes to men and women. While women spend lots of time defining things, men are busy with planning what they will do next with you. See the difference?

5. Instead of needing to know, work on your fear 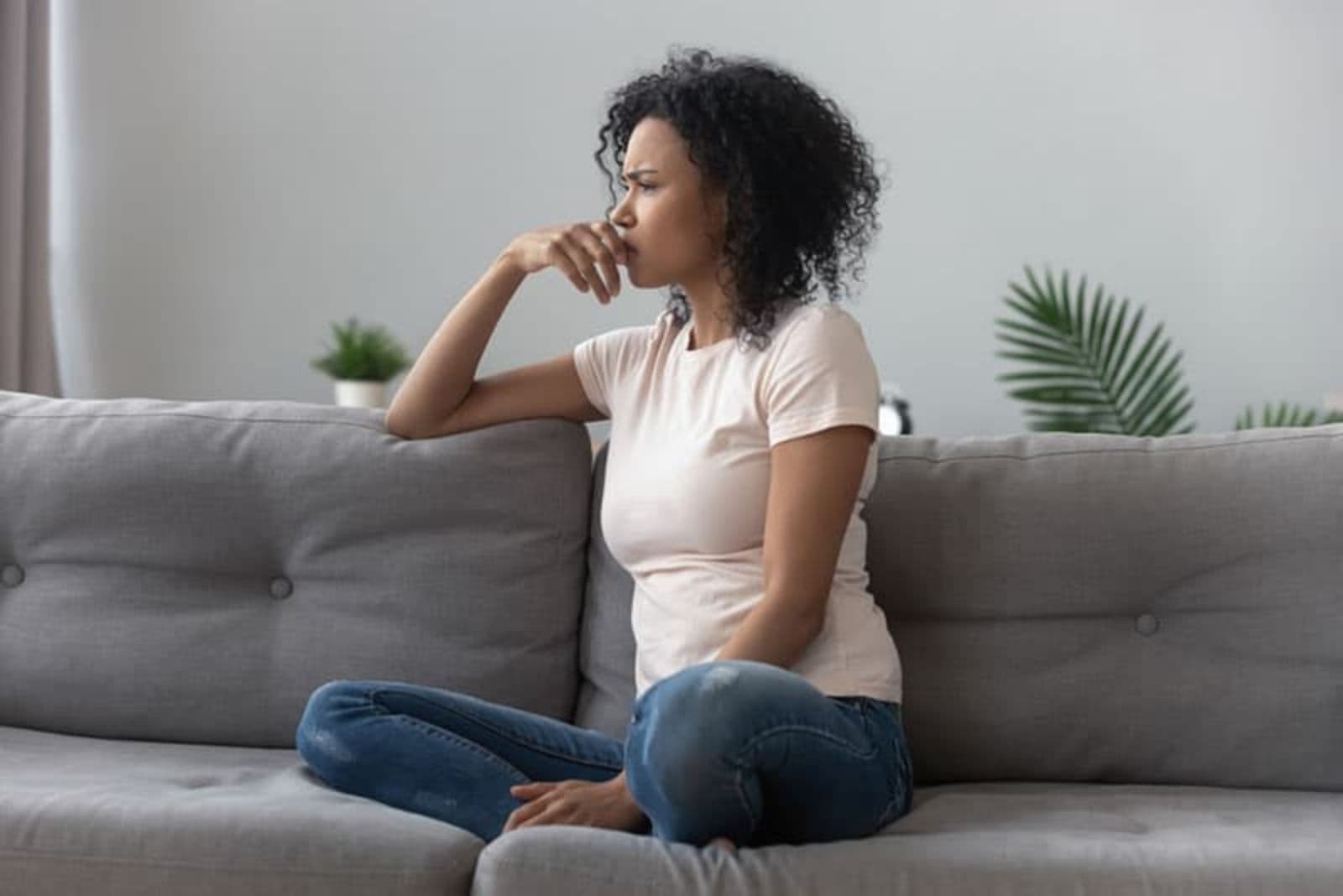 If you think that what you’re feeling is overwhelming and there’s no solution for it, you are wrong.

What you’re feeling is totally normal for everyone out there who is dealing with something new or who has met someone new.

New things make us anxious and that is just how we humans are wired. Everything new you start doing is risky and there’s no one to tell you how things will end.

That level of unsureness is something you should work on in order to avoid fear ruining all the good you have.

Remember that “Rome wasn’t built in a day,” so just take your time, enjoy, and DO NOT overthink. Then, I assure you, everything will unfold just as it should. 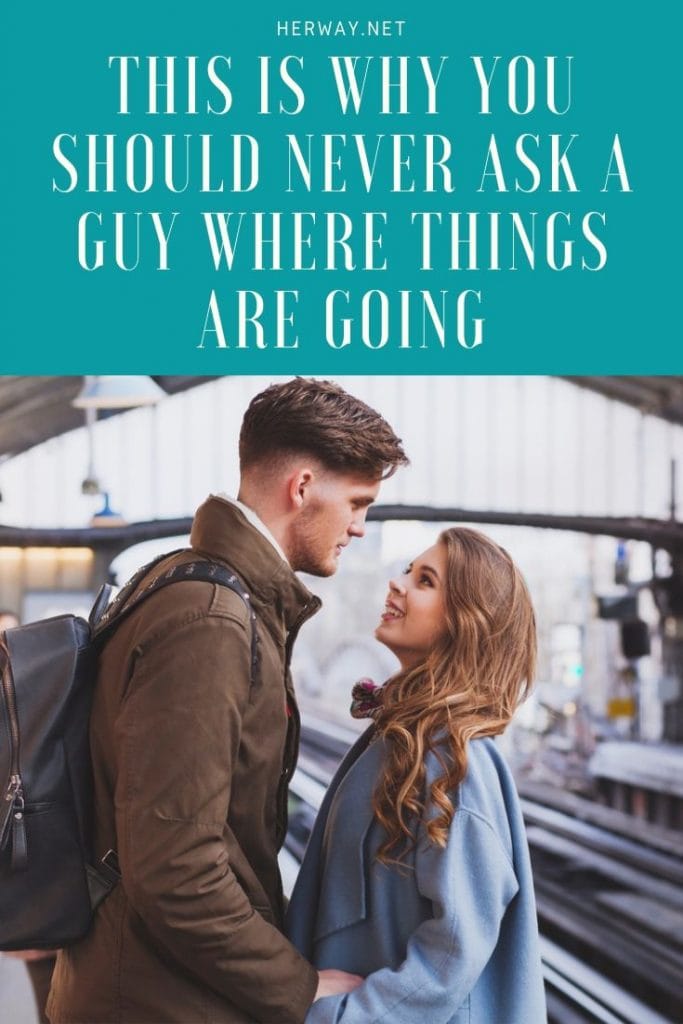