“All men are the same.” is a phrase I use often. They are all charming and sweet at the beginning and toxic and destructive towards the end.

It seems like they all have established that pattern and there is no option for things to get any better. But is that really so?

Can I say, “All men are the same.” just because I came across a few that were, in my opinion, the worst of the worst? Of course not.

But my past experiences and the experiences of people around me led me to form that belief, and it’s really hard to shake that off and risk getting hurt again.

I became guarded. I became too cautious. I became overly suspicious of everything and everyone—thinking that another disaster was just waiting to happen every time I went out with someone new.

And I had no grounds to think like that, but my past overpowered me because I failed to realize that not all men are my exes.

I have dealt with men that pretended to be something they are not. They were wolves in sheep’s clothing until they showed their true faces.

They lied, cheated, abused and manipulated me into thinking that it was love when all they cared about was themselves. It’s no wonder I have major trust issues.

And while there are men like that and that’s the reality, I can’t generalize and say that all men are the same.

It’s just isn’t fair to all those good ones out there we often overlook or fail to see because we are stuck with those who are unworthy of our love.

We are fighting for the ones that don’t deserve us. We give them countless chances, hoping for a better outcome next time.

But they fail us every time. I’ve been there and I know we usually give up on them only when it’s already too late, and we are so deeply disappointed and hurt.

Why is that? Why do women have this constant need to fall for men that will bring them nothing but pain?

So we become scared and bruised by our past. We are scared to trust again. We put our guards up.

We are determined not to open up to love again because we believe it will just open us up to pain. Those defense mechanisms are also preventing us from finding love.

Because there is no love without trust. Trust is the foundation of any healthy relationship. Our past made those foundations shaky.

So, we hit the wall when we want to start a new relationship—a relationship with a man who has never harmed us or done something that proves that he is anything less than honest.

We are not so eager to give him benefit of a doubt, to trust until proven otherwise because we are too scared that the same scenario will happen again. And that we will have to glue our broken pieces together once again.

What we have to do in order to avoid deepening our trust issues is to stop placing our trust in the wrong hands. We have to stop giving it to the ones that have proven time and time again that they are untrustworthy.

We have to stop forgiving the unforgivable because they will just betray and exploit our goodness again.

If we want a loving relationship, we have to wait for someone we can trust. We will recognize him because he will be the complete opposite of everything we have known so far.

Even though waiting is not always the easiest way, it’s most certainly the best. Because there is a man out there who will find you when you find yourself—the one that cannot be rushed because he will come when he is supposed to.

He will find you when you finally realize that you are stronger than your fears and that you would much rather risk getting hurt than risk missing out on love.

That man will know your every fear and he won’t walk away, he will wrestle them along with you. He will understand your past and make it seem small.

He will NEVER break your trust and tear you down like the one before him. He will prefer to help you and stand by your side while you repair yourself.

Above all, we have to start placing trust in ourselves. We have to know that our past isn’t something that defines us.

It is just a lesson we have had to learn so we wouldn’t repeat it—because without those lessons we would never learn. We would ignore all the red flags in front of us and the same scenario would play itself out over and over again until the lesson is finally learned.

So, don’t be afraid of making a mistake. Be more afraid of not drawing a lesson from a bad experience. 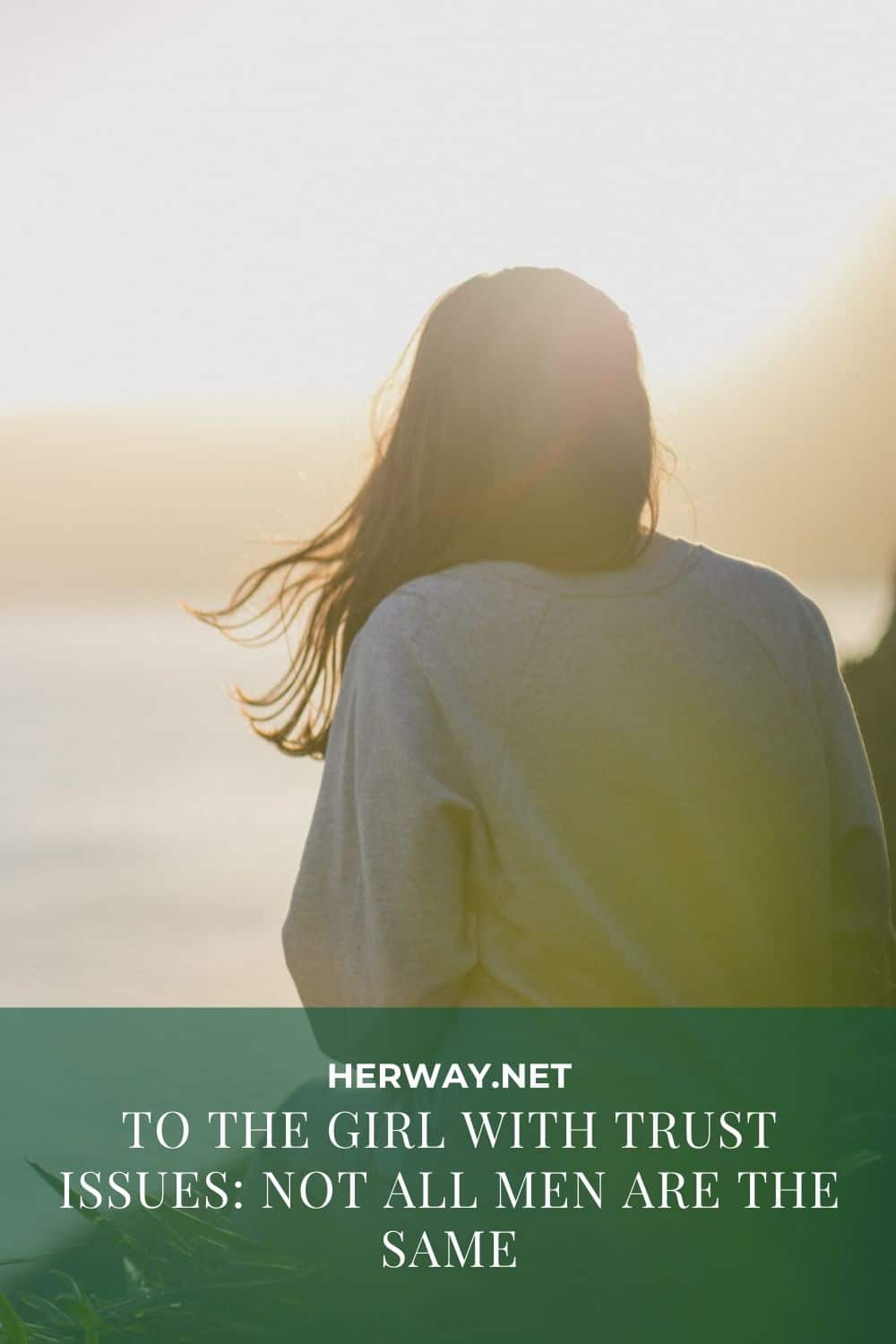