You don’t have to stay in a relationship that makes you unhappy. Whether that be a romantic relationship or a friendship—if it is making you unhappy or if you spend more time miserable than happy, then leave.

I was in a relationship earlier this year that was making me unhappy. It wasn’t the person I was with who was making me unhappy. In fact he did nothing wrong at all—he was brilliant, so kind and loving but just not the right person for me. We wanted different things, we were completely different people, and I just didn’t feel that ‘spark’. I was unhappy for a good few weeks, and I kept telling myself it was my job or the fact that I was living away from my family. I tried to think of every excuse as to why I was unhappy because I just didn’t want to admit that it was the relationship. I had been single for so long and I had been messed around and treated like shit by so many guys. I felt like I would be stupid to let him go, just because he treated me how I actually should be treated!

It took a few weeks but eventually, I realised I had run out of excuses and it was the relationship making me unhappy. I learnt that I had to step away. It wasn’t his fault, but it also wasn’t mine. That famous saying we get told to tell people when we are breaking up with them, ‘It’s not you, it’s me’ is often a load of shit. We think to tell them this to save their feelings, but what about our own feelings? Why should we pretend that it’s our fault when it isn’t? If the feelings aren’t there, that isn’t anyone’s fault—it’s just unlucky. 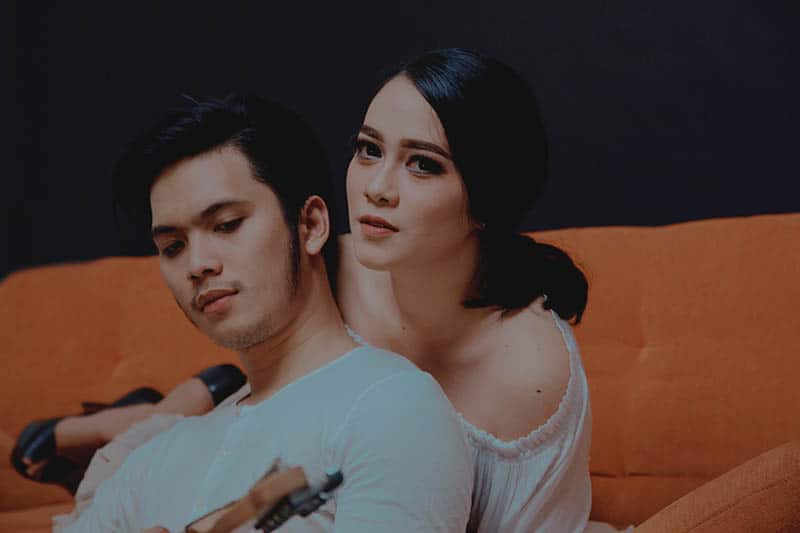 Don’t ever feel that you need to stay in a mediocre relationship to try and save someone’s feelings, and don’t ever feel like you have to stay with someone who doesn’t make you happy because you feel like you will never find better—because you will. Some of us are unlucky enough to get treated like shit over and over again, so we cling to any bit of happiness that we can, and we think that getting treated the way we should be is out of the ordinary when it’s not.

It’s not out of the ordinary and extra special to get a text back. It’s not gold star worthy for a man to tell you he is taking you on a date and actually plan something! It is not unbelievably special for him to buy you flowers ‘just because’ and it’s not extra special for a man to make you feel like a million dollars. These are simple things that he should do because he loves you! I’m not saying you shouldn’t be grateful for these things, because of course you could and it is so nice that they are thinking of you, but we should stop thinking a man is superhuman if he does these things because he’s not superhuman – he’s just a decent boyfriend. This doesn’t mean that he is the only man in the world who will treat you this way. Just because a man does these things doesn’t mean he is Mr Right. Men can do everything ‘right’ and still not be the right person for you and that is not your fault.

Stop feeling guilty for not loving someone as much as they love you. Stop wasting time in a relationship that is not making you as happy as it should, because in the end, you’re not only hurting him by dragging it on—you’re hurting yourself. It is so hard to find a balance between being a nice person and not being a pushover. I know: I’m still working on this myself, but I also know I will not waste any more time on a mediocre relationship because I am scared of hurting the other person’s feelings—because what about my feelings? If you spend more time questioning your happiness with a person than actually being happy, then maybe you shouldn’t be with them. Think of it this way: if you know deep down it’s not right, should you really drag it on, knowing it’s going to end eventually anyway? If you can’t imagine a future with the person you’re with, if you don’t look at them and feel like they’re the person you want to grow old with, is that the person you should be with? As Phoebe Buffay says: “Is he your lobster?”