Nobody loves to have a broken heart and to be to abandoned but things like that can happen if you are not with the right person. Sometimes people do all that is in their power to make a relationship work but if you are not dating Mr. Right, all your effort is in vain.

Sooner or later he will dump you and leave you with a broken heart. To prevent that from happening, here are some proven signs that will help you see what is inside his head.

These signs won’t help you stay in a happy relationship but they surely will rescue you from the almost one. So, read further!

Contents show
1 1. He is not intimate with you like before
2 2. The two of you are fighting all the time
3 3. He seems to be uninterested
4 4. Things that used to bother him before don’t exist anymore
5 5. He has plans that don’t include you
6 6. You don’t communicate like before
7 7. He doesn’t say he loves you anymore
8 8. You have a constant feeling that something is wrong

When a guy thinks of dumping a girl, the last thing he will think of is sex. That’s why he will be distant and talk to you only if you ask him something.

A man like this will never initiate sex and if he does that, it will be just because you wanted it. He has already made up his mind and it is just a matter of time when you will be his ex.

2. The two of you are fighting all the time

Everything that you do is wrong and everything that he does is also wrong. It seems like the two of you can’t find the middle ground and that you forgot to talk like civilized people lately.

All that you do is fight and you can’t do anything about it. Maybe it is time to consider taking some time alone just to organize your thoughts, right?

3. He seems to be uninterested

Your man is not what he was before and you are not okay with that. You don’t feel special when you talk about your success at work in front of him because all he does is just nod his head.

No words of support, no hugs and no euphoria because of you. Just a cold man sitting on the couch and staring at the phone screen. If you see that his cell phone is more important than you talking, you should have a serious conversation with him.

That’s not the way to treat a woman you love and in case he forgot it, you should remind him about that!

4. Things that used to bother him before don’t exist anymore 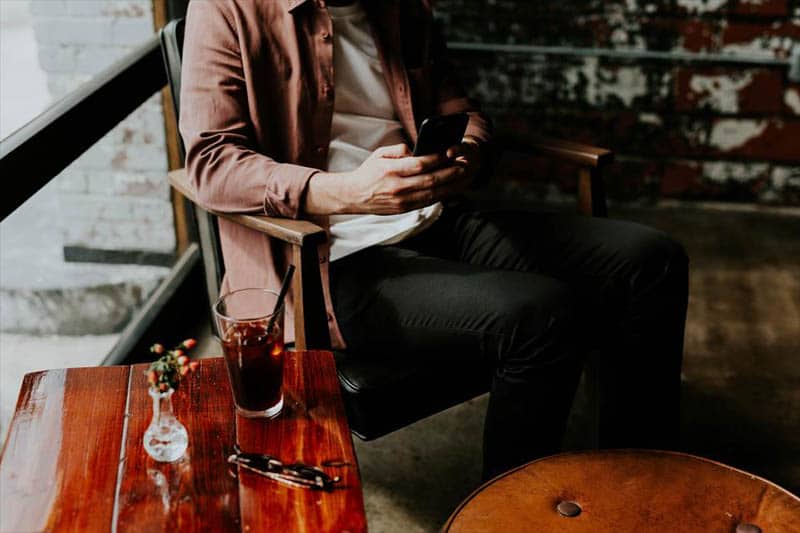 Do you remember how your guy would be all freaked out when you used to wear those tight dresses and high heels? I mean, girl, you were dressed to kill and that was eating him alive. But now, when he sees you all dressed up, it seems like he just ignores you.

And you don’t understand how he can change from someone who cares into someone who doesn’t give a damn at such short notice. If I were you, I would be careful, because a man like that is definitely planning something bad.

5. He has plans that don’t include you

You can see that your man is not the same person he was before. Now, he doesn’t talk to you so much, you don’t make love to him and he definitely cut you out of his future plans.

You hear him talking about a night out with friends but he never asks you to go with him. He is mysterious and he doesn’t tell you about his life.

You should know that this is a huge red flag that something is not right and that he is seriously thinking about dumping you.

You can’t remember when the last time the two of you communicated normally. All that you talk about is what you are going to eat and who will go to take the shower first in the morning.

You don’t share your feelings or emotions and there is no deep conversation anymore. If this is the case in your relationship, I suggest you change something because it won’t work this way for much longer. It’s only a matter of time before you receive one of those heartbreaking break-up text messages from him.

7. He doesn’t say he loves you anymore

It has been a while since he told you that he loves you and you are kind of missing those words. Like any other woman, you want to feel special with your man and the best way to feel like that is to hear those 3 heavenly, beautiful words.

If you can recognize yourself in my sentences, I suggest you sit and talk openly with your partner because something is definitely not right.

8. You have a constant feeling that something is wrong

Do you know that feeling when you think something is not right even if you don’t have valid reasons to think like that? Well, this time you have a valid reason and it is screaming that you should dump him before he does that to you.

Women have a sixth sense and nobody can convince us that something is right when we feel it is not. So, don’t let him lead you on and get rid of him as soon as possible.

You don’t deserve a man who is not ready to accept you completely. The one who will do that will never think about leaving you!