When you decided to tie the knot, everything was just perfect. She was the woman of your dreams, and you couldn’t believe that out of all those men, she chose YOU to be her man.

All of your friends were jealous of you for having a woman (your future wife) that they could only dream of having.

She was friendly, kind, loving and the most inspiring person in the world. You could observe her day and night without ever getting bored.

From the moment they met her, your parents fell in love with her, too.

You felt like you were about to wake up every second from this beautiful dream or that you were in a coma for days imagining that you were getting married to this amazing woman.

And then, after a few weeks/months/years, you go to sleep feeling uneasy about the fact that she’ll still be there once you wake up in the morning.

If you’re lucky enough, you will be able to even fall asleep knowing that your ‘used to be heavenly marriage’ has turned into a living hell.

She’s no longer that same wife you used to brag about in front of everyone.

Now, you’re anxious about anyone even asking you about her because they would remind you of the fact that you’re trying to forget every single day – a miserable life with a toxic wife!

Contents show
1 Wait a minute… HOW and WHEN did your marriage turn into a nightmare?
1.1 Your marriage turned into a nightmare the moment you stopped fighting for it.
2 “I recently read that love is entirely a matter of chemistry. That must be why my wife treats me like toxic waste.” – David Bissonette
2.1 These types of TOXIC wives can make any man regret getting married:
3 “By all means, marry. If you get a good wife, you’ll become happy; if you get a bad one, you’ll become a philosopher.” – Socrates

Wait a minute… HOW and WHEN did your marriage turn into a nightmare? 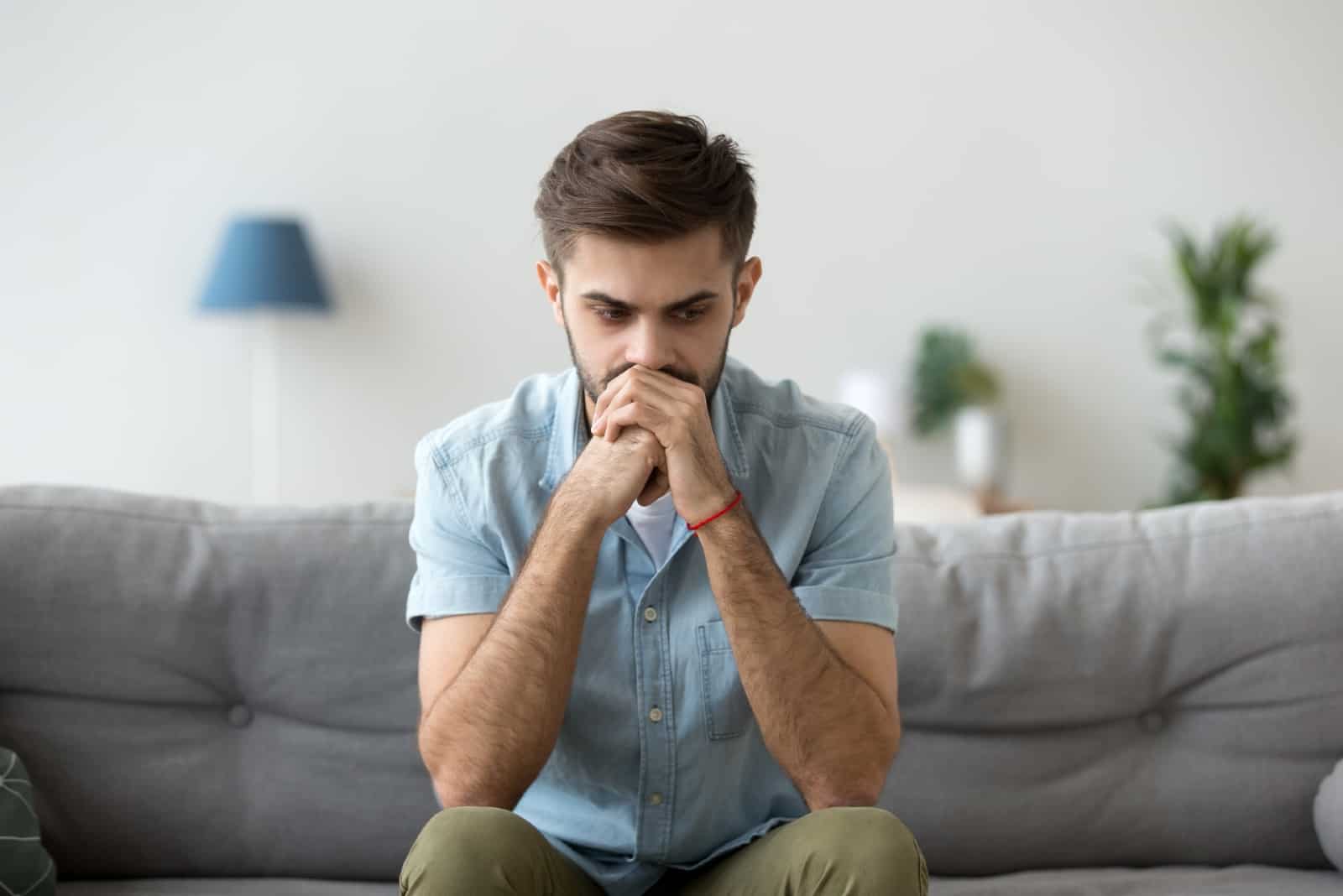 Before I say (type) anything else, note that this is not an article about women being the only toxic partners in marriages.

Men can be toxic as well, and the reason why I’m not writing about them at the moment is because it would take me a decade to finish it. Just kidding (or maybe not). Either way, you’ll never know.

Where were we? Yes. So, one day, you wake up in the morning and realize that you’re no longer in the same marriage with the same person.

Your wife has become one of those toxic people that you usually avoid (if you’re lucky enough).

Al Bundy, from Married…with children, understands that very well. If you have a nagging wife, your marriage probably has many things in common with his marriage (except for the laughing part).

The only time you laugh is when she’s not home and you get to hang out with your friends whose wives are as toxic as yours.

Now, let’s be honest. You didn’t just wake up in the morning one day and realize that something’s not right with your marriage.

Your marriage didn’t turn into a living hell overnight… this has been happening for SOME TIME now, but you just didn’t pay attention to it.

A toxic marriage is not something that you experience all of a sudden, but it’s a process where toxic words and habits accumulate, and lack of open and honest communication becomes your lifestyle.

It takes two to be in a marriage (be it a healthy or a toxic one), so your toxic wife cannot be seen as a separate unit and the only cause of your misery. 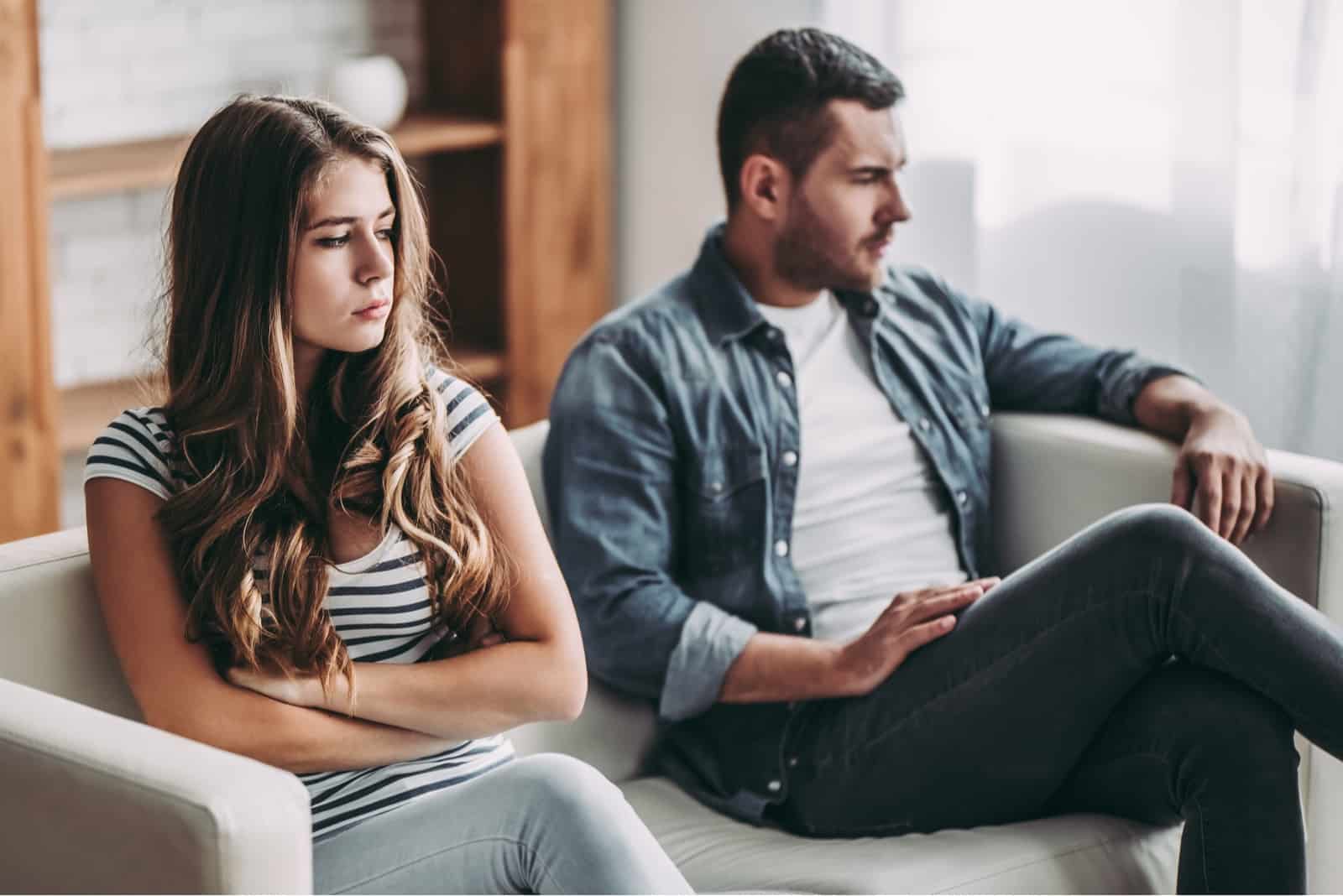 Both partners are responsible for what happens (or doesn’t happen) in marriage.

Your marriage turned into a nightmare the moment you stopped fighting for it.

Yup. Your marriage turned into a living hell the moment you said this to yourself: OMG I’m so sick and tired of this thing called marriage, but I can’t say this to my wife because if I do, I’ll make things even worse. Anyway, who has time to deal with marriage problems? I certainly don’t.

Let’s say that your wife feels the same way about this, so there you have it: A recipe for a toxic marriage.

Here’s something funny. I lived with my partner (now ex-partner) for two years and everything was perfect in the beginning of our life together.

The moment things started going south was when I started criticizing him about certain things like unwashed dishes, tons of dirty mugs left all over the place, dirty socks under the bed, you name it.

So, one day, I told myself: What the hell, dude? I’m not your mother. I will certainly not go around all day collecting your mugs or socks. I do my chores, you do yours.

The moment I addressed all the issues in our relationship, I officially became every guy’s nightmare – a nagging creature.

It was evident that he didn’t want to change, and I couldn’t deal with it any longer, so I stopped giving a damn about it.

I just decided to live my life the best I could until we eventually went our separate ways.

I still think about what would have happened if we had been open and honest with each other all the time, and not when things had already gone south. Hmm…

“I recently read that love is entirely a matter of chemistry. That must be why my wife treats me like toxic waste.” – David Bissonette 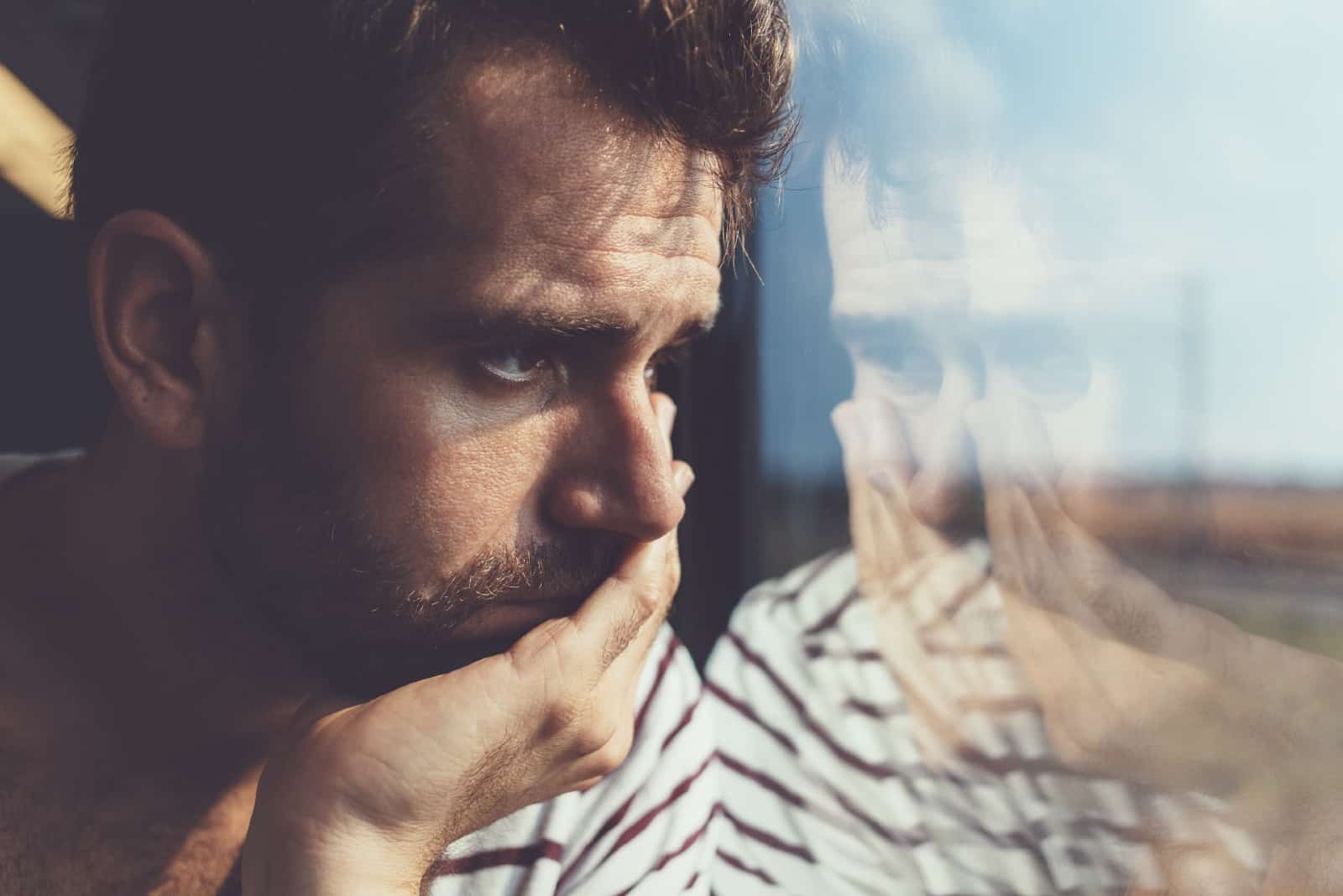 Here’s a potential joke I just came up with: The only positive thing about being in a toxic marriage is that you’re the only one laughing out loud at husband-wife jokes not because they’re funny, but because you know how true they actually are.

Now, we could continue talking about how your marriage is a living hell and I could tell you that I understand how you’re feeling and that everything will be okay, but I won’t waste mine and your time on it because it’s boring.

This is not a story about how to deal with toxic partners, but it’s a story that serves primarily as a comic relief to every toxic marriage out there.

With all that being said, below, you’ll find the list of toxic wives and their influence on marriage explained in a sarcastic way.

These types of TOXIC wives can make any man regret getting married: 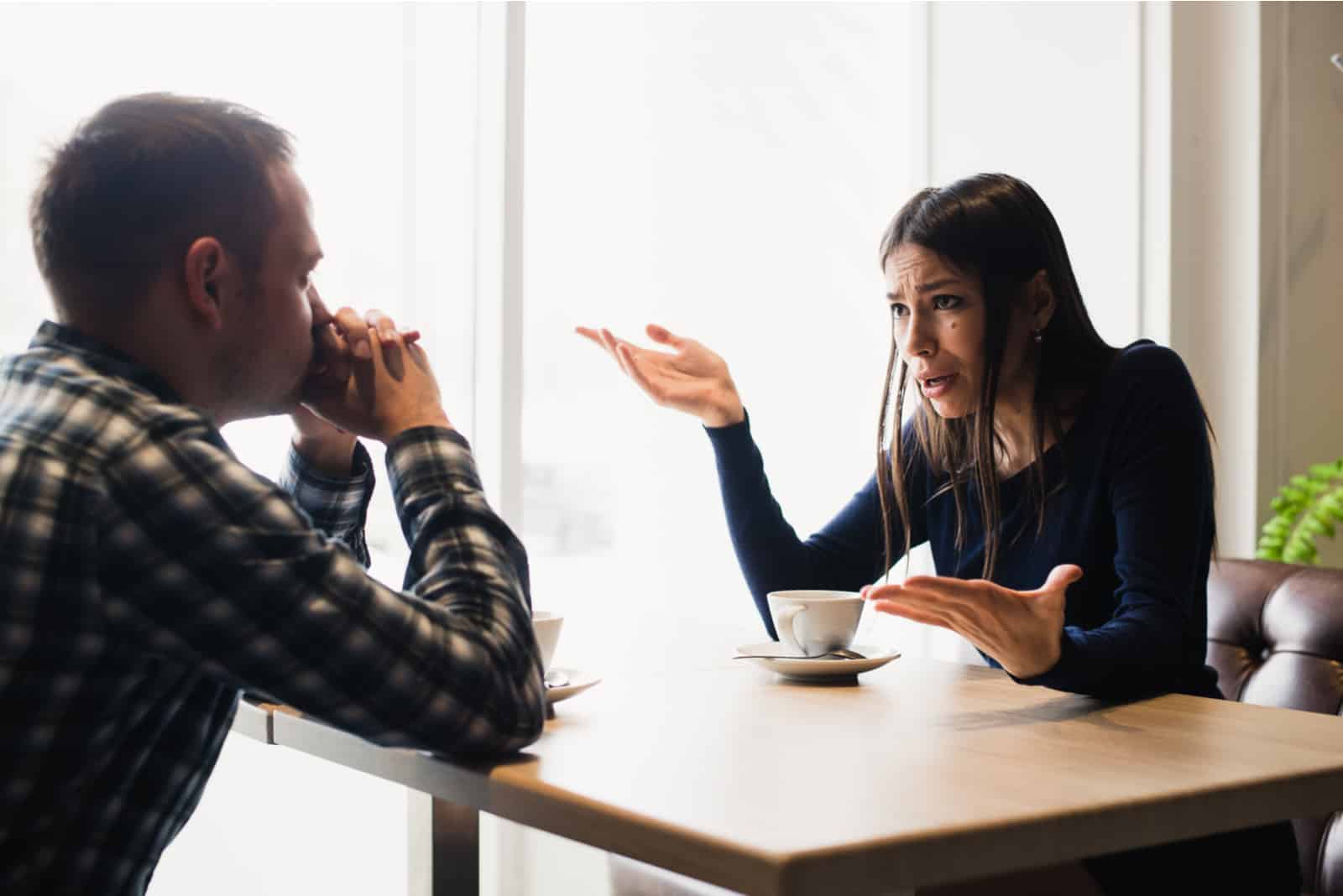 1. A crazy wife – the type of wife that makes you regret waking up in the morning.

This is the type of wife that men have been talking about for decades. They are the main topic of every second article and the reason why so many men become sleep-deprived alcoholics.

If there’s one thing a crazy wife is exceptionally good at, it’s making you feel like it’s your fault for everything bad that has happened to her (and that is about to happen): If you didn’t talk about your stupid friends, I wouldn’t have gone to the mall and stumbled upon Karen whom you know I have hated since high school!

God forbid if Karen demanded to talk to the manager (Meme lovers will understand this one.)

Dealing with a crazy wife requires a special set of skills like admitting that you’re wrong even when you’re not, and having an extensive dictionary of trigger words to prevent putting her in “a crazy wife on steroids” mode within seconds.

2. A nagging wife – the type of wife that makes you regret not washing the dishes.

A nagging wife is the type of wife who does everything in marriage while her husband sits all day and does nothing except watch football and drink with his buddies.

A nagging wife is capable of making you feel like you’re totally incompetent and incapable of living without her commands.

A nagging wife’s special power is making you fear for your life if you don’t do what she asked you to do.

3. A selfish wife – the type of wife that keeps you locked in the house because she demands attention 24/7.

You know you’re married to a selfish wife if everything you do for her is not enough. She wants it all and she wants it now, and your task is to find a way to make it happen.

If you don’t, you’ll be the worst husband in the world and every single one of her female friends will know that about you.

If you disappoint a selfish wife, she will threaten to leave you.

Even though this sounds like the best thing that could happen to you, you cannot pretend that you’re finally relieved. Instead, you have to beg her to stay.

4. A disrespectful wife – the type of wife that makes you feel like you’re the main cause for your unhappy marriage.

A disrespectful wife’s favorite hobby is humiliating you in front of others. Her special set of skills includes avoiding listening to you or talking to you.

A disrespectful wife flirts freely with others in front of you under the excuse that you’re too boring and you never court her.

Even though you have accomplished so many things in your life, she still succeeds in making you feel less worthy. She lives for contradicting you even when she knows that she’s the one who’s wrong. 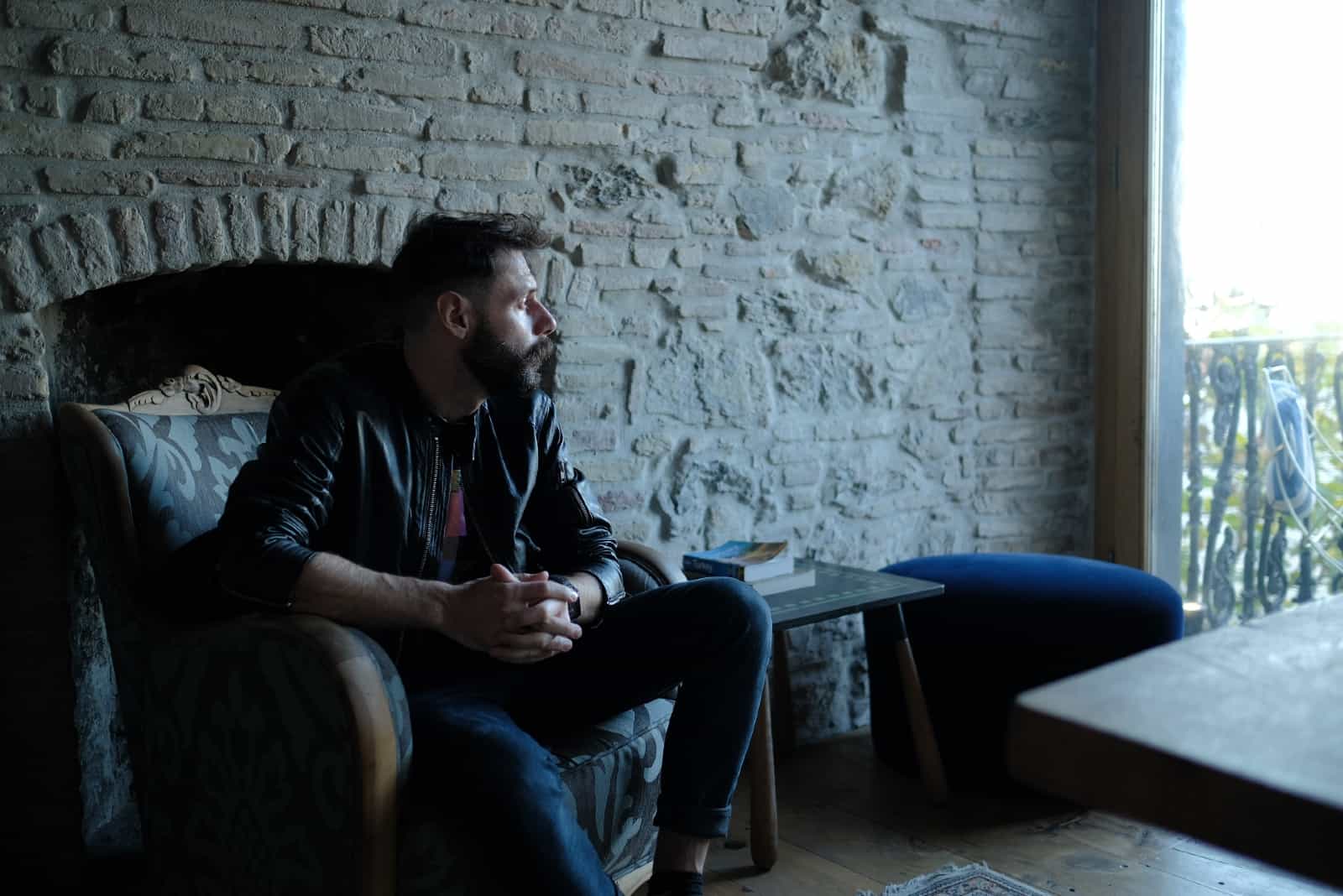 Another positive thing about being with a toxic wife is the chance to improve your critical thinking.

It takes skill to deal with certain toxic situations and to pretend in front of others that you’re living your best life when, in reality, you’re actually falling apart.

Here’s my hypothesis: By all means, marry. If you get a good wife, you’ll become happy; if you get a toxic one, better luck next time.