Dating a Virgo lady has its highlights and challenges. You know you have a successful, ambitious, intelligent, caring, and forgiving woman by your side, but at the same time, you’re aware that you’re dating a perfectionist, a real-life lie detector, and sometimes an overly critical and judgmental woman.

She’s a woman of principles and will never allow herself to waste her time on a man who doesn’t deserve her. When a Virgo woman is done with you, it’s almost surely because of something you’ve done, and you’re the only one to blame for her leaving.

It’s not easy to get inside such a woman’s mind and see what she is thinking. However, today, I’ll help you find a way to take a peek into her mind to see when she is done with you for good.

When A Virgo Woman Is Done With You (12 Clear Signs)

Let’s cut right to the chase and find out the signs that can help you figure out when a Virgo woman is done with you for good.

1. Meeting her cruel side 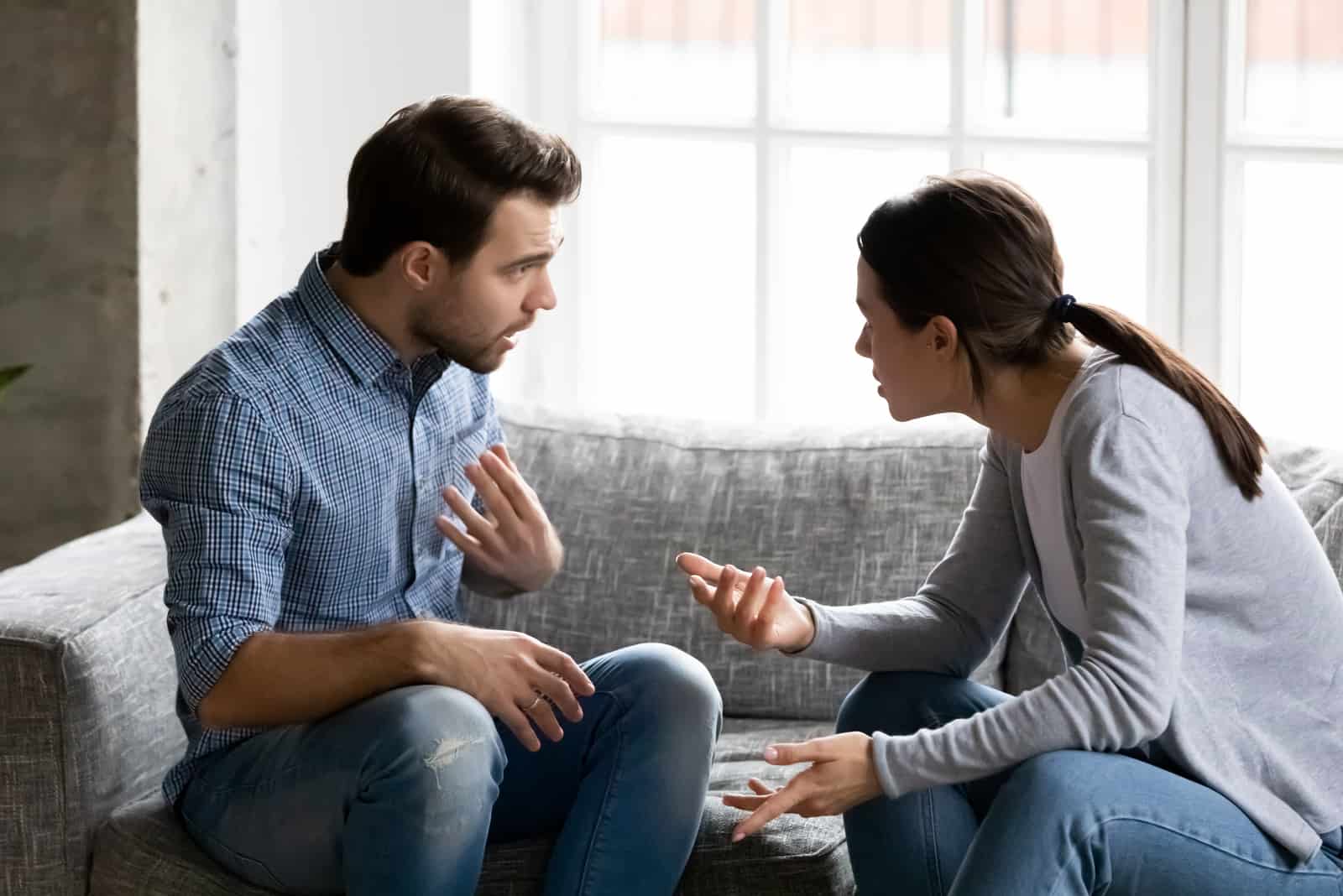 A Virgo woman may seem arrogant at first, but once you get to spend some time with her, you’ll meet her true face. She’s actually a very loving and caring girl who only has a strong attitude.

However, she also has a dark side, just like we all do, and she shows that cruel side only to those she hates and considers her enemies. If you become one of the ‘lucky ones’ who get to meet that side of her, you should consider it a very clear sign she’s done with you and plans to leave you in the past once and for all.

Yes, it’s true that a Virgo woman is very ambitious and cares deeply about her work life. However, she’ll never allow her job to be an obstacle in her close relationships.

If a Virgo lady becomes too busy for you all of a sudden, it’s probably an excuse because she’s trying to avoid you. You should get to the bottom of it – if you find out she really has to work more lately, you should try to be understanding.

However, if she’s using work as an excuse, you shouldn’t let her play you like that. If she doesn’t want to be with you anymore, she should tell you directly and stop using lame excuses to drive you away.

3. She demands too much space all of a sudden 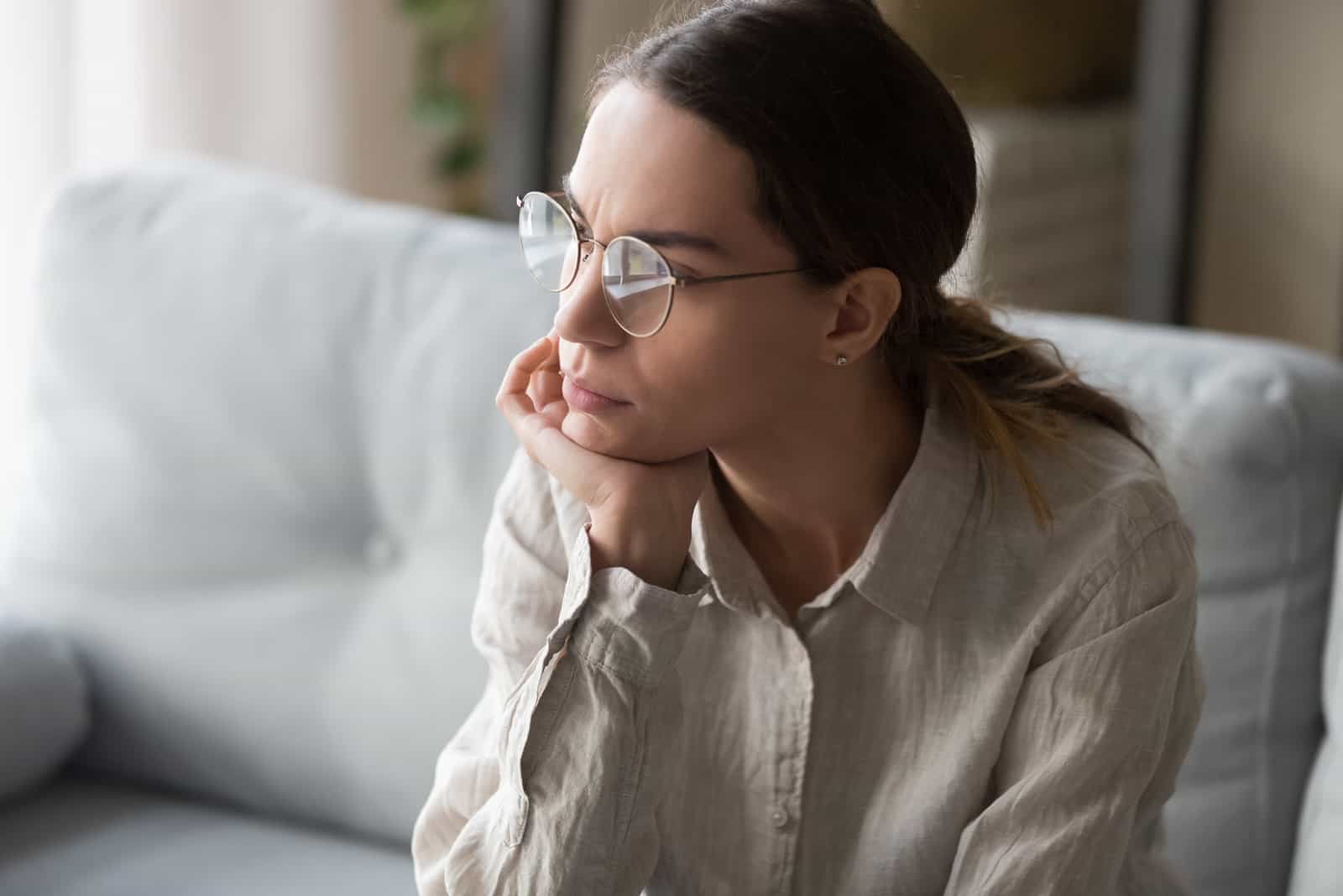 Virgo women really appreciate their independence and are one of those partners who want to preserve their personal space when they engage in a romantic relationship.

However, she’ll keep that personal space realistic too. She will spend some time alone, but she’ll always spend more time with her man. If that changes at any point, it’s a sign that her opinion about your relationship has also changed. In other words, she has decided to end your relationship forever.

4. She stops explaining and expressing herself

When a Virgo woman stops talking with you, you should know she is really done with you. She doesn’t want to express her feelings or explain her actions or behavior anymore because she simply doesn’t care about you anymore.

She has always listened to you and put your needs above her own because she loved and cared about you. But that has now changed, and her behavior explains it better than anything else. 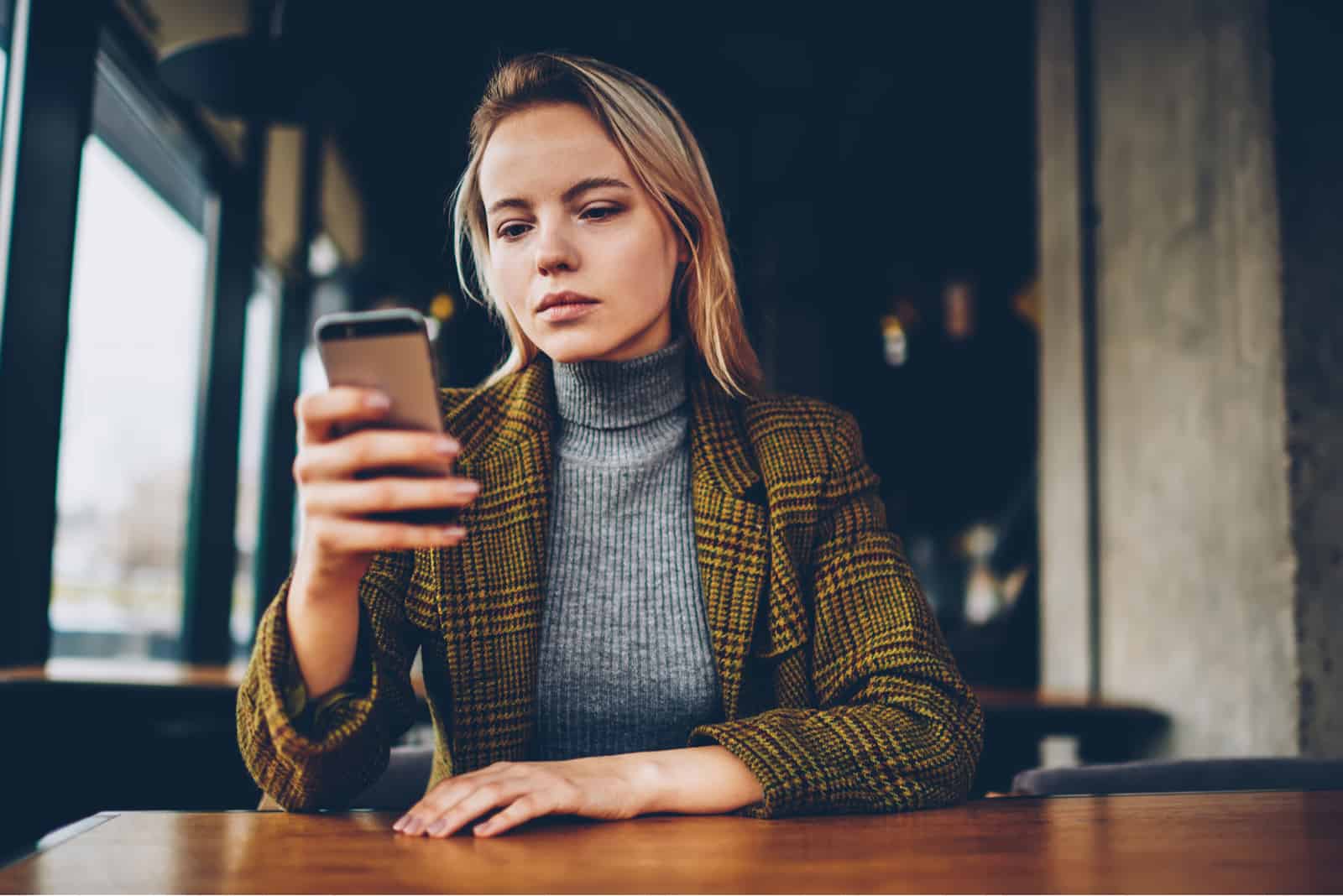 Women born under the Virgo horoscope sign are earth signs, which means they’re very grounded and realistic. Virgo women like to keep their expectations in a relationship realistic because they know how important it is.

When she starts increasing that expectation bar, you should consider it a huge red flag that something is off. Maybe she’s trying to drive you away, or she’s simply using it to make you break up with her first so she doesn’t have to be the bad guy.

6. She thinks she’s way better than you

The reason she’s ending things with you is that she knows that she deserves more. She probably thinks that you don’t have similar goals for the future or that you simply don’t make enough effort to keep her in your life.

And it’s completely fine and okay to think so. However, it’s not fine if she starts rubbing it on your face every single day. It’s simply a sign she has become pretentious, that she doesn’t love you anymore, and that she wants to hurt you with those words.

7. She refuses to work on fixing your relationship 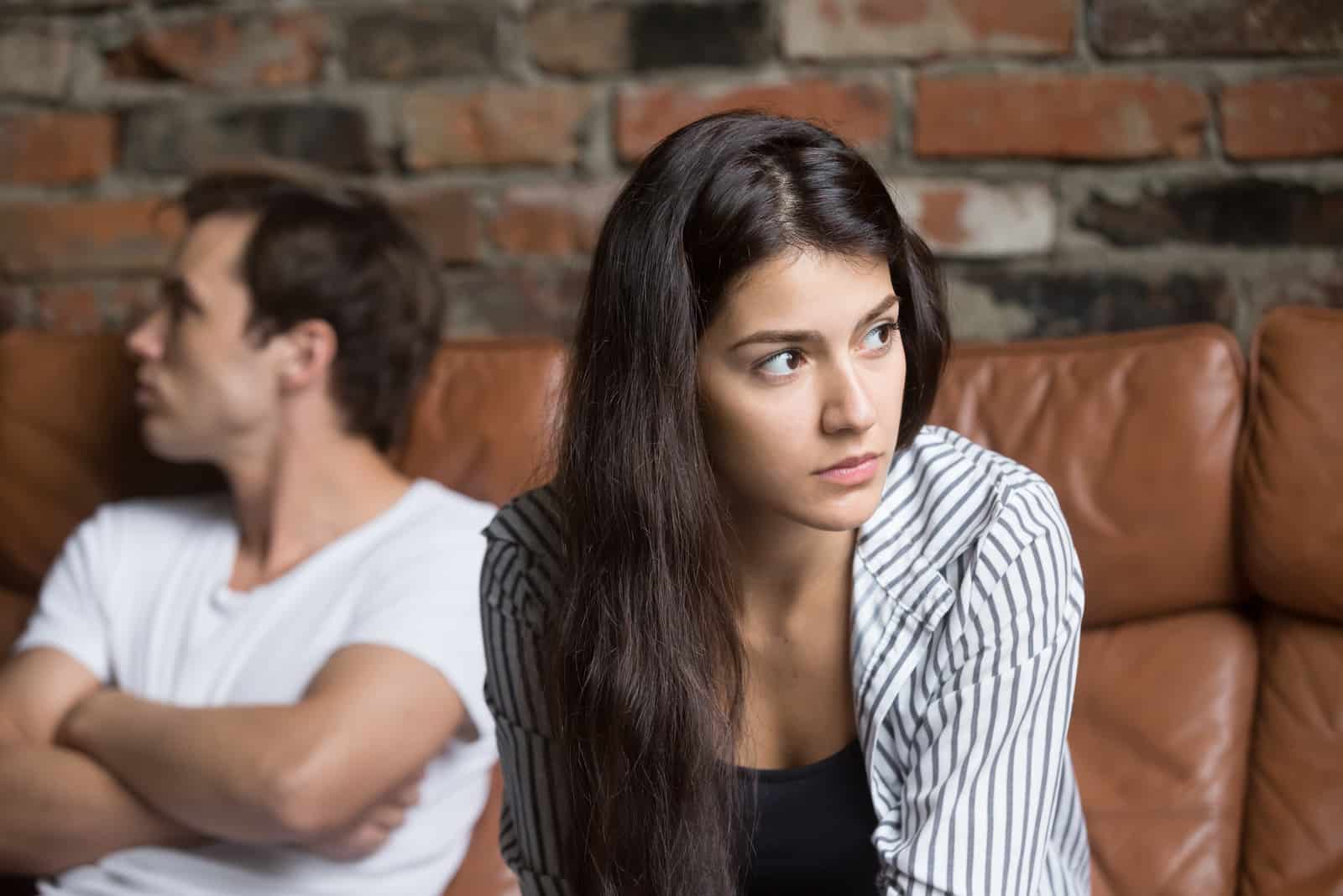 When a Virgo woman commits to a man, she works hard to make that relationship work. She goes out of her way to make him feel happy and loved.

The moment you notice she’s stopped putting effort into your relationship is the moment you should know that she’s giving up on you. And once she completely gives up on trying to make things work between you, it’ll be clear that she is done with you for good.

8. She has built a bubble

Virgo people are generally very introverted peeps. It’s hard for a Virgo woman to open up to someone, but once she starts trusting someone, she opens up to them emotionally without a problem.

If your woman starts building walls around her heart all of a sudden, it’s a sign she’s distancing herself from you. You should and have every right to be worried because it’s clear she doesn’t believe you anymore for some reason and, most probably, doesn’t want to be with you either. 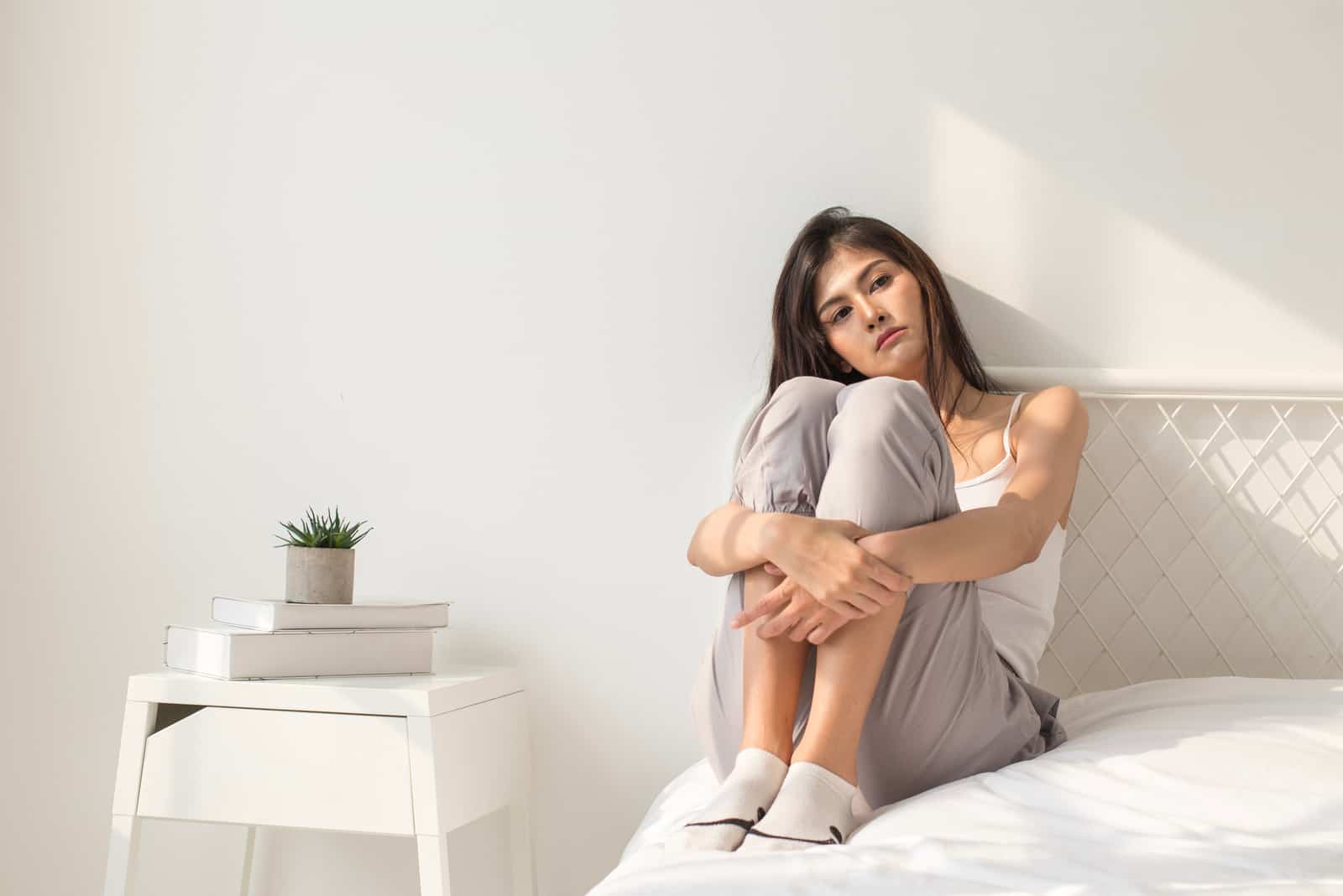 Have you noticed that your Virgo woman has lately struggled with anxiety or depression? Has she been having sudden mood swings and started shutting herself down?

It’s due to her emotional struggles. She’s been weighing up whether she should end your relationship or not for a long time because she isn’t sure about how she really feels about you. She doesn’t want to make the wrong decision, one she would regret later.

The Virgo zodiac sign is ruled by Mercury, and we all know what this means. They can become filled with negative and anxious energy, especially when they’re going through deep, emotional struggles.

10. She stops hanging out with your mutual friends

Have your mutual friends invited you both to hang out several times, but she has refused all those invitations? Do you know why that is?

It’s because she is trying to cut all ties you two have. She’s getting rid of you and everything that is somehow connected to you and your relationship. 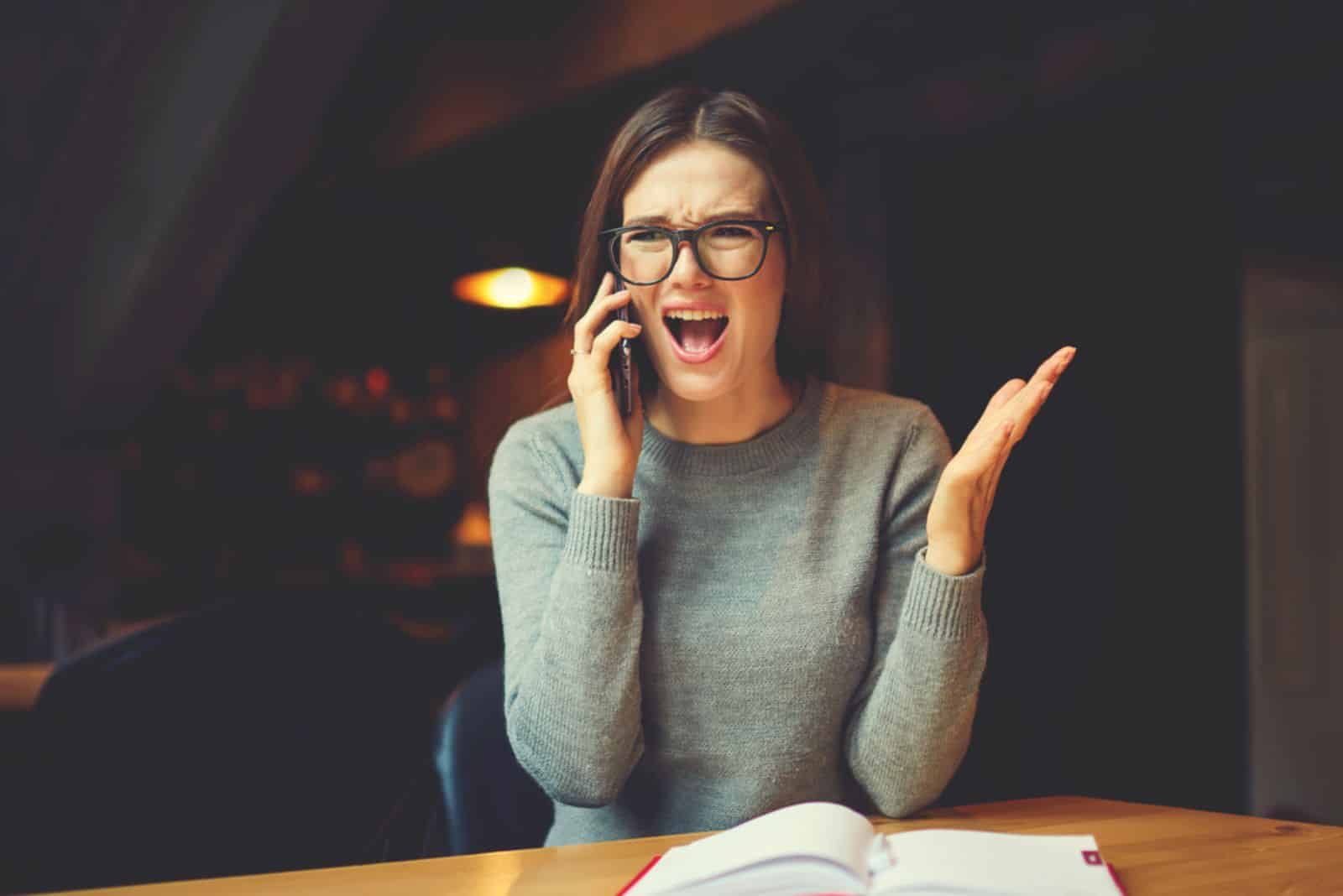 Unlike a Virgo woman, a Virgo man likes and will always try to stay friends with his ex. Once a Virgo lady is done with someone, she’ll become rude and want to remove him from her life forever.

So, if you notice that she has become sarcastic and rude or that she has started making fun of you, it’s a clear red flag that she doesn’t love you anymore. And even if she doesn’t leave you, you should end things with her because you should never put up with such disrespectful, toxic behavior.

She makes it clear that she’s now your ex-girlfriend and asks you to leave her alone. She’ll block you on social media, avoid seeing you in person, and ask you politely to stop reaching out to her.

It’ll be the last and most definite sign a Virgo woman is done with you forever. She’ll stop and block every attempt you make to get in touch with her again. She’ll do anything to make you realize that you’ve lost her for good and can never get her back again.

See also: How To Attract A Virgo Woman: 9 Ways That Work Like A Charm

When it comes to Virgo compatibility, they generally get along best with other earth signs. Proof for that is in the following fact: a Capricorn man is undoubtedly a Virgo lady’s soulmate. Together with him, Pisces and Scorpio men also make great matches with a Virgo female.

Leo men, together with Taurus men, also have good potential to establish a healthy relationship with a Virgo woman. However, it’s a fact they’re more compatible in social and work life.

Aquarius, Sagittarius, and Libra men are the worst matches for a Virgo female. They have different perspectives and traits that won’t allow them to find common ground easily.

Virgo men can get along with females born under the zodiac sign of Virgo but only as friends. It’s the same thing with Gemini men. Aries men, on the other hand, have better chances of winning over the heart of a Virgo lady, but they’ll also need to work hard to make that come true.

Will A Virgo Woman Come Back To Me? 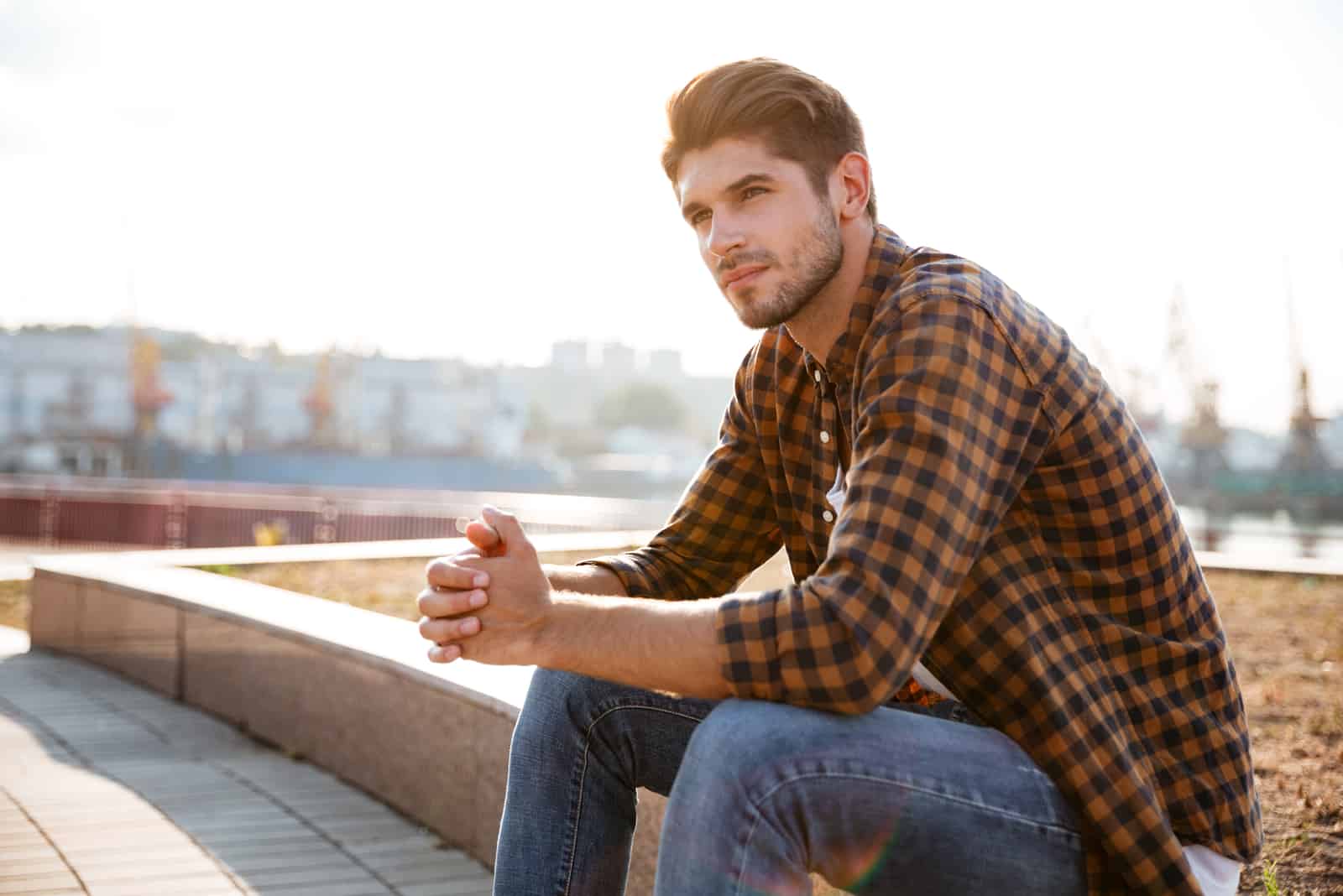 The good news is that one of the most significant personality traits of a Virgo woman is that they are forgiving. She also isn’t too stubborn or determined, so the chances of you getting your Virgo girl back after a breakup are quite good.

However, don’t think that it’ll be easy or that she’ll come back to you in no time. She’ll probably give you a hard time just to make sure you really regret your wrongdoings and are ready to do whatever it takes to get her back.

Unlike Scorpio women, Virgo ladies aren’t known as grudge holders. However, she won’t forget your mistake that easily, but she also won’t mention it or seek revenge on you. Once she decides to forgive you and come back, she’ll try to leave it all behind.

Do Virgo Women Regret Breaking Up?

Unlike Pisces or Libra women, who are very impulsive and prone to making rash decisions, Virgo ladies do think before they act. For that reason, if she makes the serious decision to break up with you, you should know that she has already thought it through.

However, she’s the type of woman who sometimes isn’t able to control her emotions. So, if she makes an emotional decision rather than a logical one, it’s possible that she could regret it.

In other words, if she breaks up with you when you two are arguing about something or right after she has found out you’ve done something bad, it’s possible that her decision has been influenced by her emotions in the heat of the moment.

A Virgo woman likes to play games in a romantic relationship, and sometimes it’s difficult to understand what her true intentions are.

However, with the help of these signs, you’ll always be able to know when a Virgo woman is done with you for good once and for all.

If she has decided to give up on your relationship and move on, you should wish her luck and let her go. There is no point in trying to make someone who doesn’t love you anymore stay.

If you love her and believe there is still a chance of winning her back, then you shouldn’t give up. Fight until you manage to get your Virgo girl back and hope that you’ll be able to rebuild your relationship.