They say that wise people know the secret to a happy life: they are able to control their emotions.

They don’t always blindly follow their heart’s desires, nor do they listen to it when they know it’s wrong.

According to this, you’re anything but wise.

In fact, you’re the world’s biggest fool because you’ve never managed to master the art of going against your feelings.

In fact, for as long as you can remember, you’ve thought that love is the most important thing in the whole wide world.

You consider it to be this all-mighty force which always comes first, before everything else, including your reason. 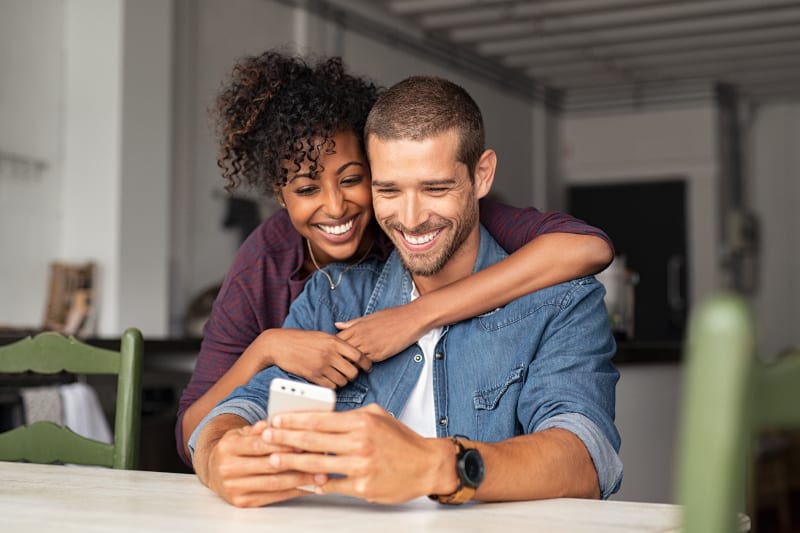 For you, there are no such things as pride or ego when it comes to true love.

Once you start caring for someone, you go all in, without considering the possible consequences of your actions and without wondering if you’re doing the right thing.

When you put your brain and heart on a scale, the latter always wins, without any competition.

That is something you simply can’t change about yourself, as much as you try.

And God knows you’ve given your best.

Your emotions have led you straight to hell more than once and basically, brought you nothing good.

So, firstly, you tried hard repressing them. 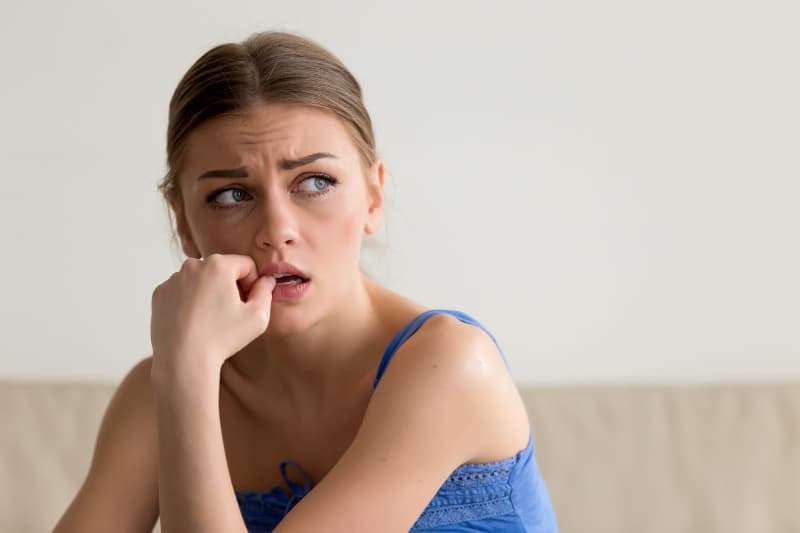 You attempted to put your guard up, to keep everyone at a safe distance, and to shut all of your feelings off.

Actually, you were convinced that the only way to protect your heart from being broken again was to pretend that you don’t have one.

When that didn’t work, you proceeded to accept your feelings, rationalize them and try to have the strength to overcome them.

Yes, you play the role of this tough girl who can’t be moved but the truth is quite different.

You’ve never succeeded in emotionally walking away from someone you love, even if it was something you should have done. 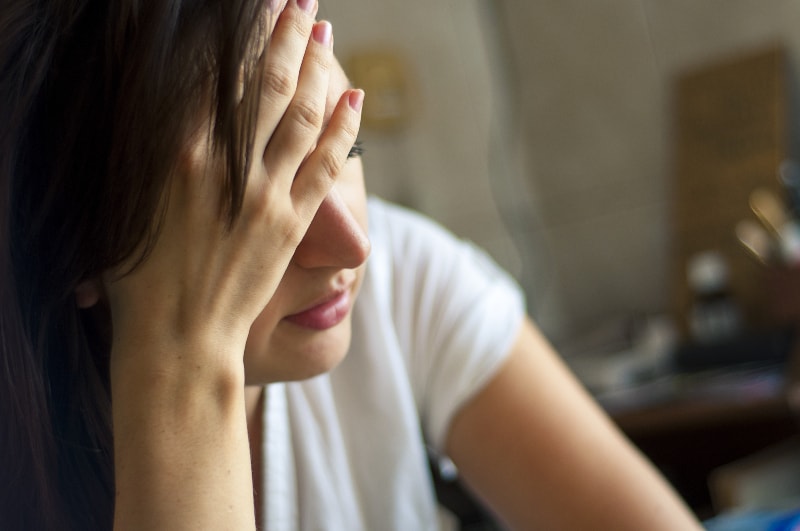 You’ve never managed to give your brain the chance to take over the steering wheel of your life.

However, I’m not here to tell you that this is something you must do, in order to be happy.

I’m not here to force you into making any moves you’re clearly not ready for.

In fact, I’m here to tell you I get you.

I completely understand that you can’t work against yourself, as much as you want to.

Yes, you’re a strong woman who can defeat any obstacle that appears in her way.

However, when you try fighting with your own heart, somehow you always end up losing. 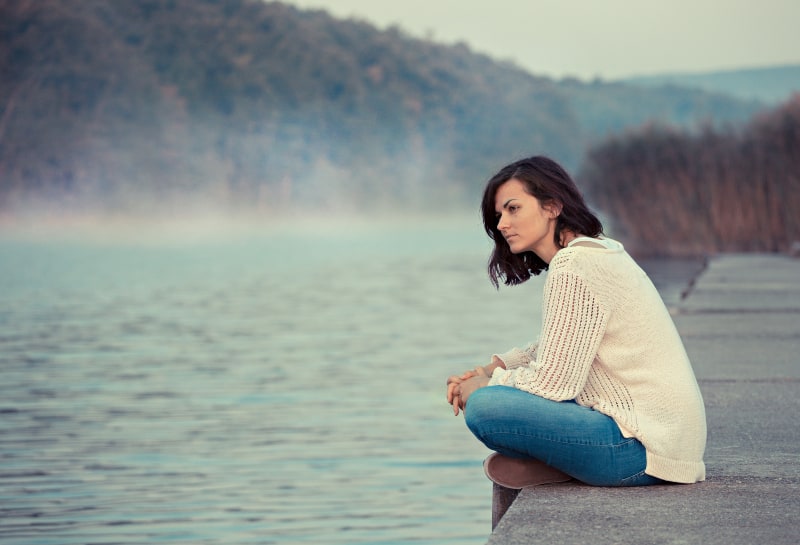 So no, don’t force yourself to stop caring because that is impossible and your efforts will be in vain.

Work on kicking this man who doesn’t deserve you out of your heart, but don’t expect him to be wiped out of it overnight.

You see, there is no way that you’ll stop loving him the moment you order yourself to do so.

You won’t forget all about him the moment you decide to close this chapter of your life.

Nevertheless, this doesn’t mean that you should accept your fate.

It doesn’t mean that you should start thinking that you deserve this kind of treatment and that you should spend the rest of your life settling for less just because you’re afraid to make some changes. 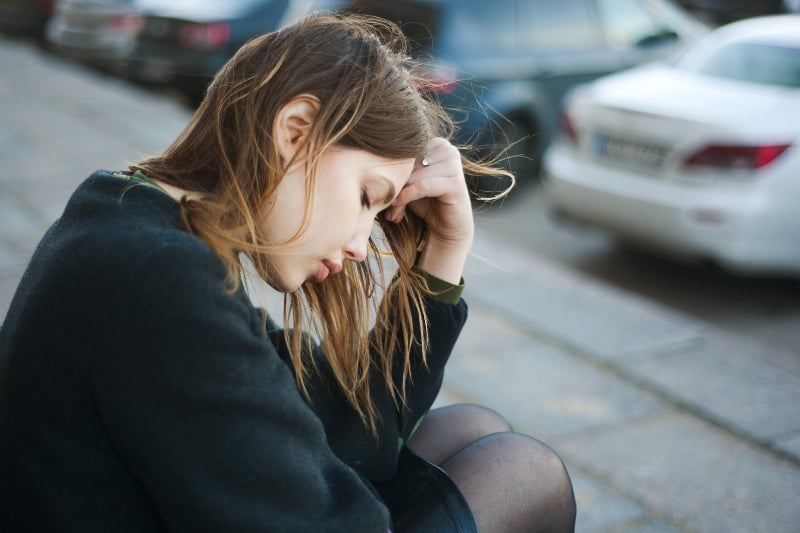 Instead, tell yourself that you’re entitled to much better.

Be realistic about the situation you’re in and face the truth: that you’re currently too weak to stop caring about this man but that this is not how you want your life to look like in the future.

Stop deceiving yourself by thinking that this is the furthest you can go and that he is the best man who’ll ever lay his eyes on you. 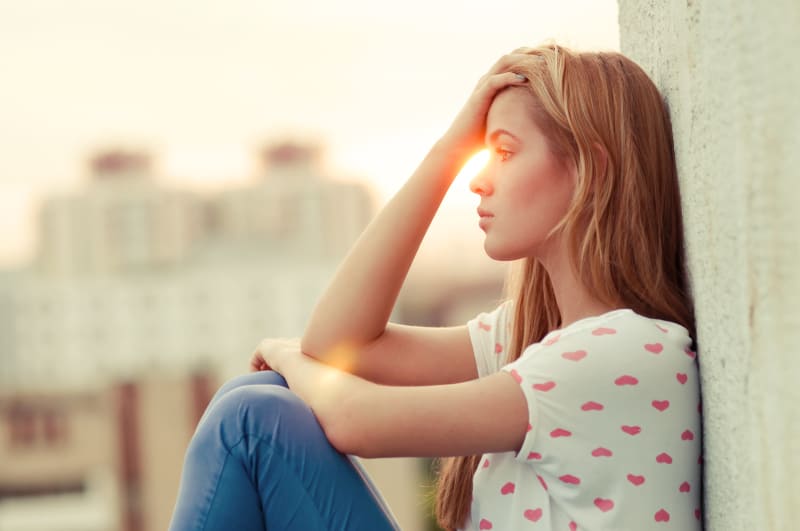 Stop accepting this toxic relationship as a permanent solution and see it as something temporary, which will last until you become a little bit stronger.

Most importantly – stop devaluing yourself by thinking that you can’t do any better.

Because you can – and that better will come along when you least expect it. 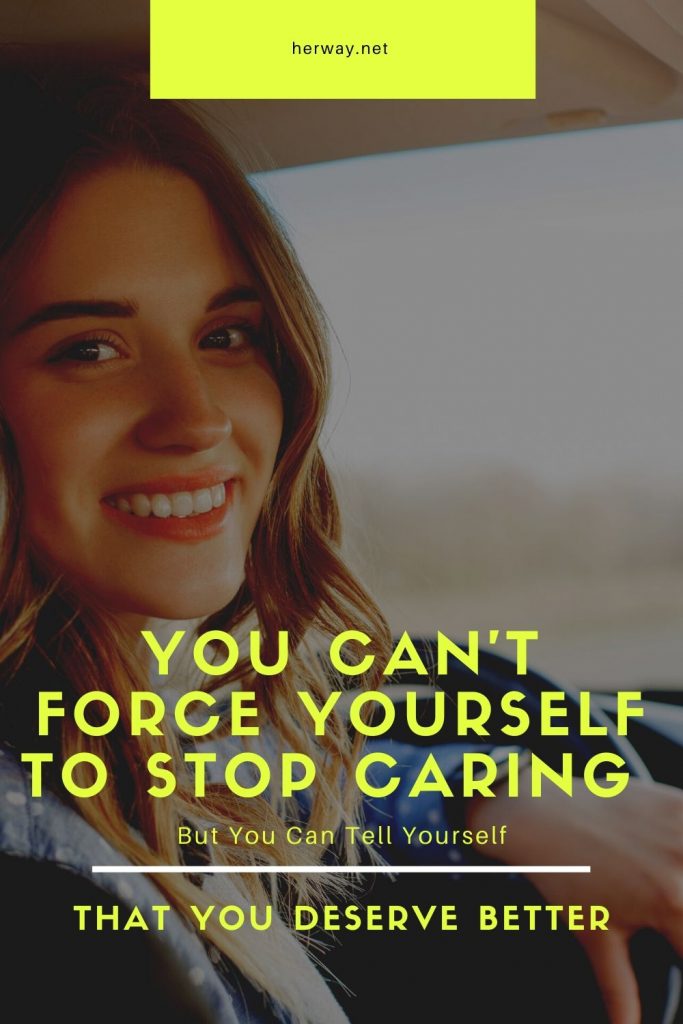