Are you aware that you might be sabotaging you our own chances for finding true love without even knowing it?

If you were unlucky in love so far, it’s probably time to change some things.

No, you aren’t doing anything wrong per se, you’re probably being too good. And you know what they say: it’s possible to have too much of a good thing.

You see, the things you do dictate the way a man perceives you. 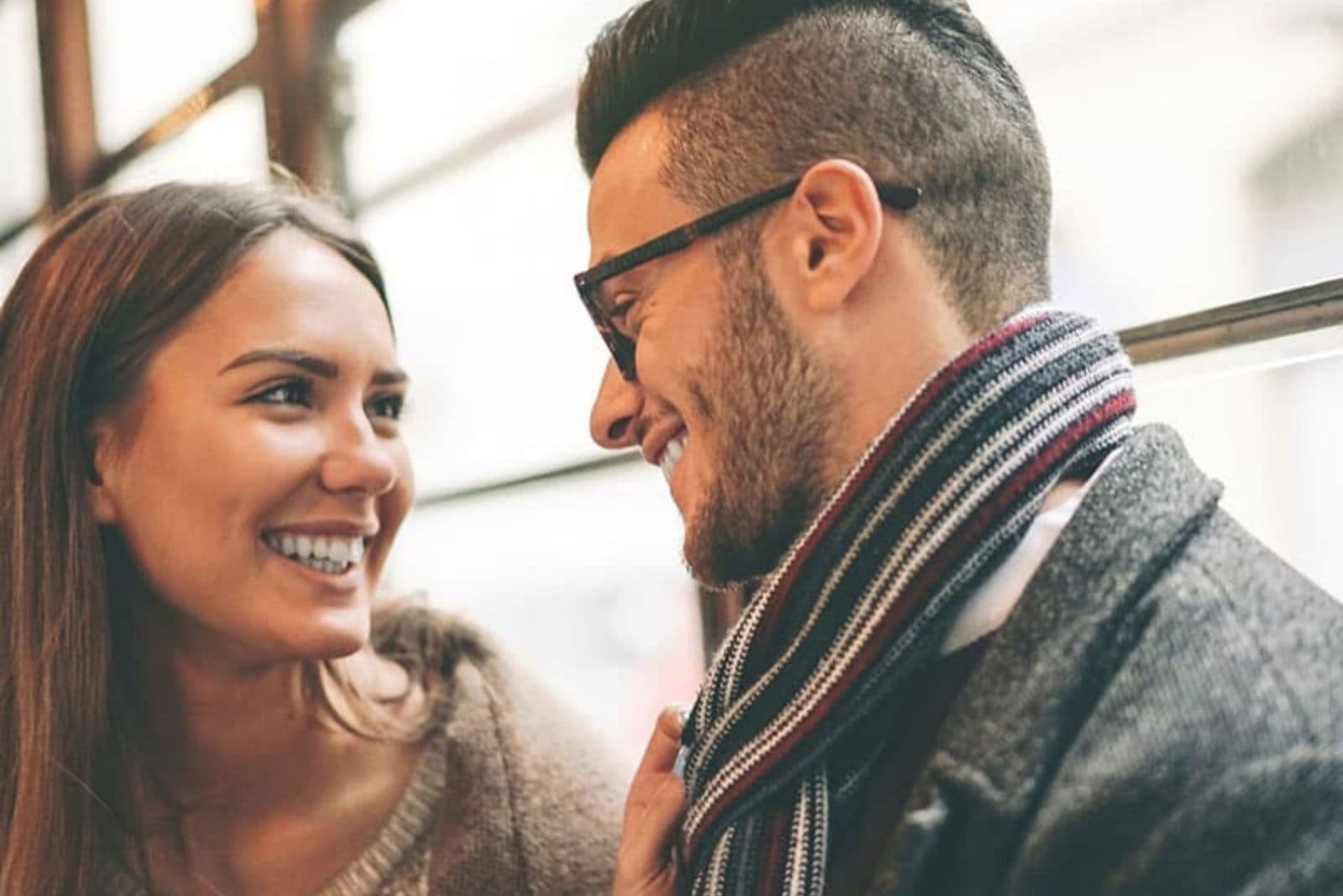 For instance, if you’re always at his beck and call, investing too much of your time and effort in him, he’ll start taking you for granted.

Instead of meeting you halfway, he’ll let you do all the work.

And sure it will work for a while, but he’ll lack a challenge and sooner or later get bored. He won’t be able to appreciate your affection or goodness.

That’s why it’s time to turn the tables. No, you don’t need mind games. All you need to do is show him what you are made of. Show him how lucky he is to have someone like you in his life.

Want to know how to do that?

Contents show
1 Be approachable
2 Don’t fall into the availability trap
3 Don’t be a gift, be an investment
4 Resist those late night calls
5 Don’t forget about the feel-good factor
6 Stop rushing and you will reach your goal faster
7 Allow him to be a man while keeping your independence
8 If you lose yourself, you will lose him 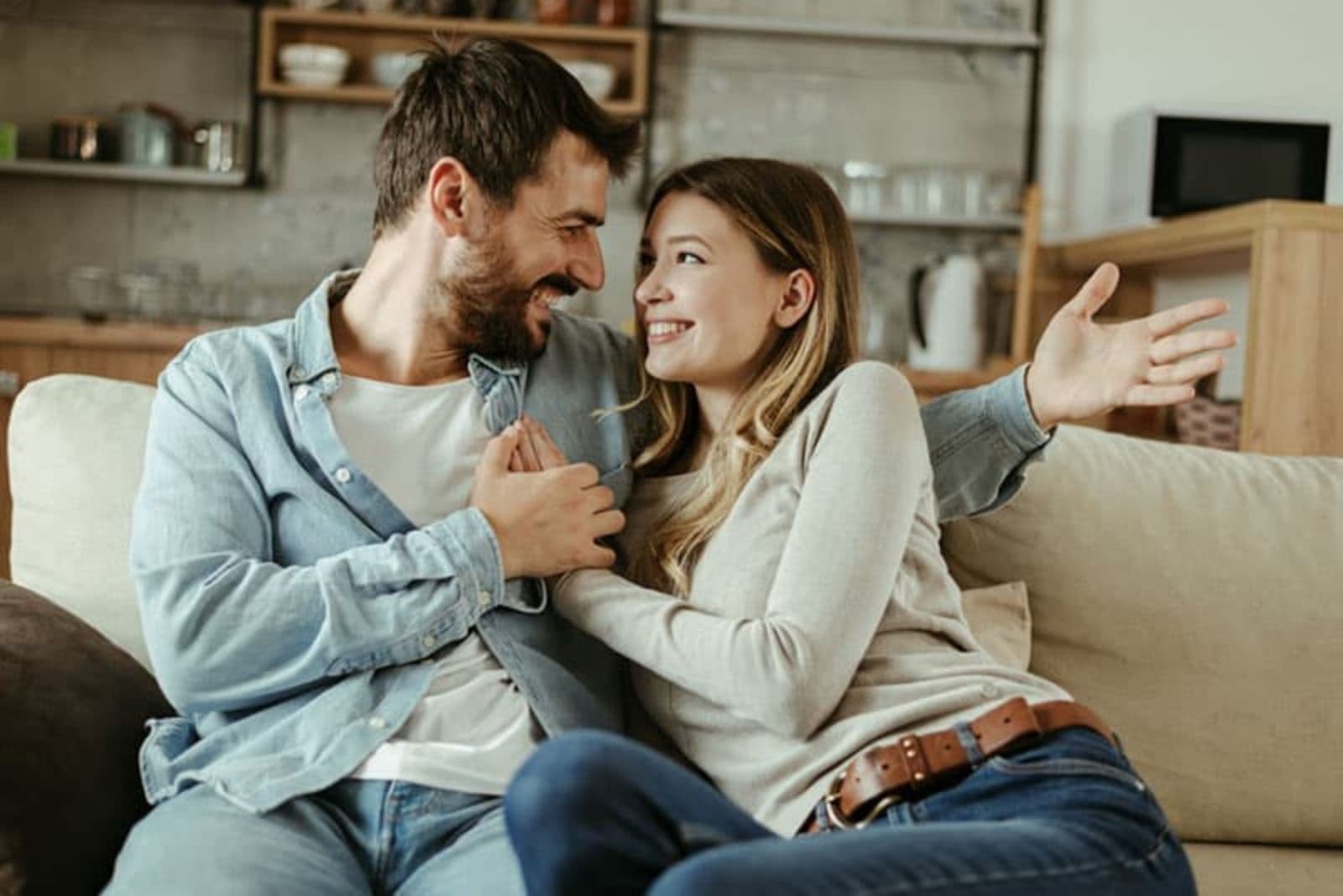 If you are playing hard to get, distant, and cold, it’s only natural for a man to think he has no chance with you, so he won’t even bother approaching you.

On the other hand, if you give him a hint – a simple cocky smile – it will be a sign for him to make his move.

There is a catch, though. Build a relationship with yourself first. Be self-assured and aware of your own worth.

Things are so much easier for a confident woman who likes her own company, and any man jumps at the chance to enjoy it too. Become that woman.

Don’t fall into the availability trap 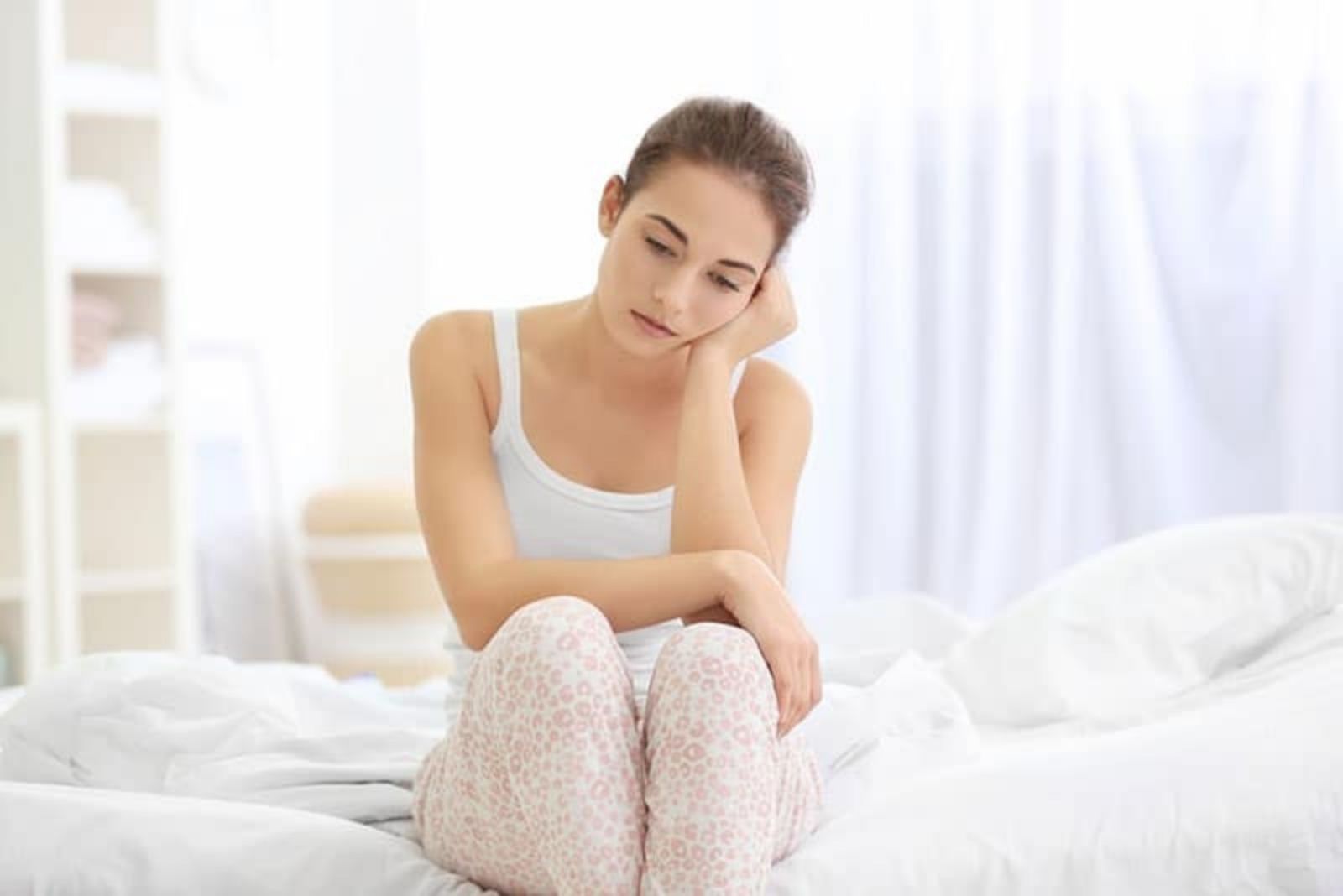 The thing most of us women do wrong when we fall in love is that we become too available. We jump at every chance to be with him and forget about everything else that we have going on.

We adjust our lives to accommodate a man. And that’s exactly where everything goes wrong. We send a message that we don’t have a life of our own to live.

Don’t fall into that trap. If you have a girl’s night planned and he calls you out of the blue, say, “Sorry, I have something else planned. See you in a couple days?”

If he doesn’t text you back right away, don’t jump to answer as soon as your phone lights up.

You don’t want him to perceive you as someone who sits and waits for his messages, but as a woman who has a lot going on.

He needs to know that he has to make an effort to see and hear from you.

Don’t be a gift, be an investment 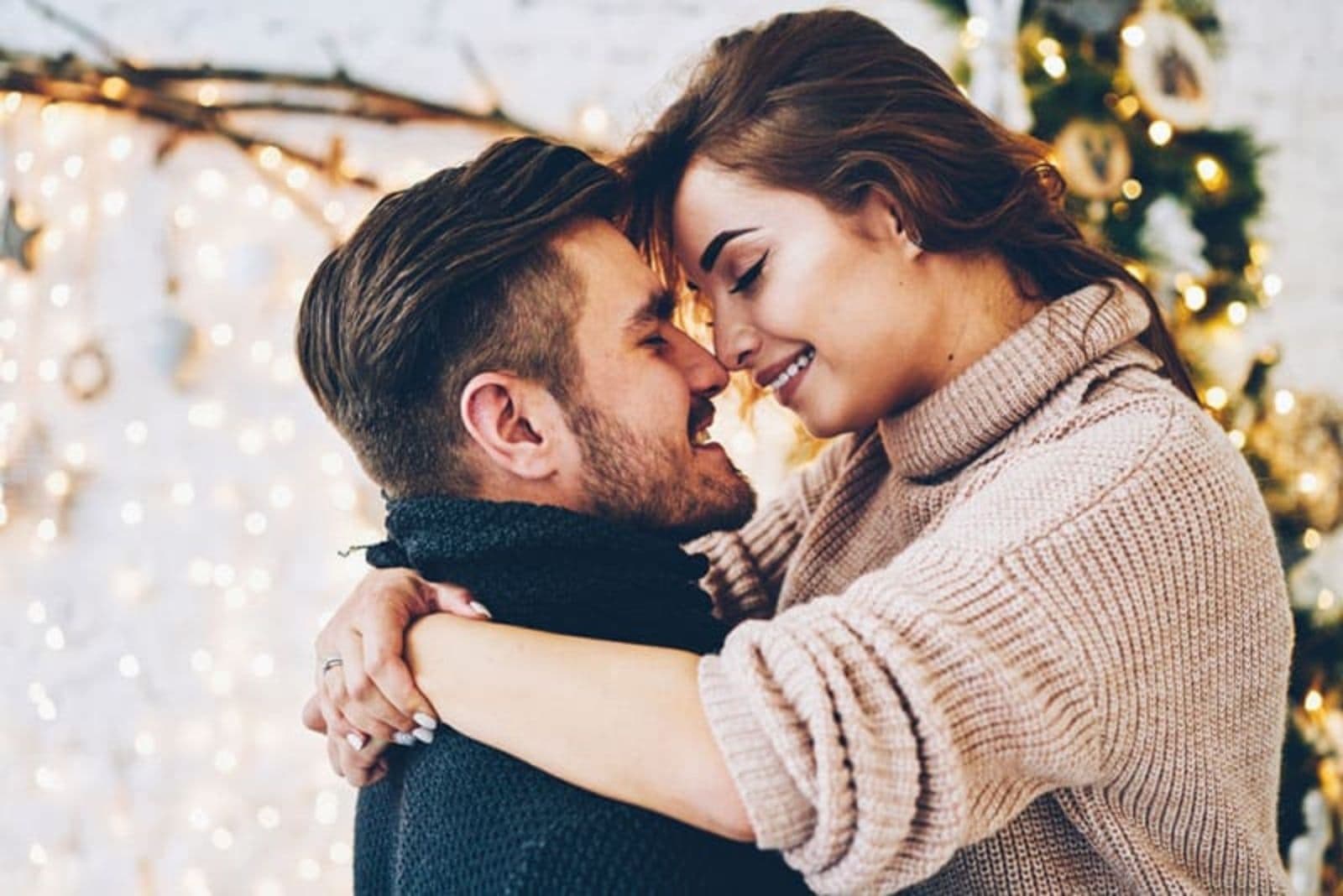 When we fall in love, we have this instinctive urge to give our best to our beloved. So we go out of our way to please them. We call, text, make plans, put in the effort, and then some.

In that way we are serving ourselves on a silver platter. We are giving away our heart and soul as if it was a free gift.

Essentially, that leads us nowhere. That’s why you should let him invest in you as much as you invest in him, if not more.

Allow him to meet you halfway and learn to receive from him everything you so selflessly give. Trust me, it’ll make him appreciate you more. 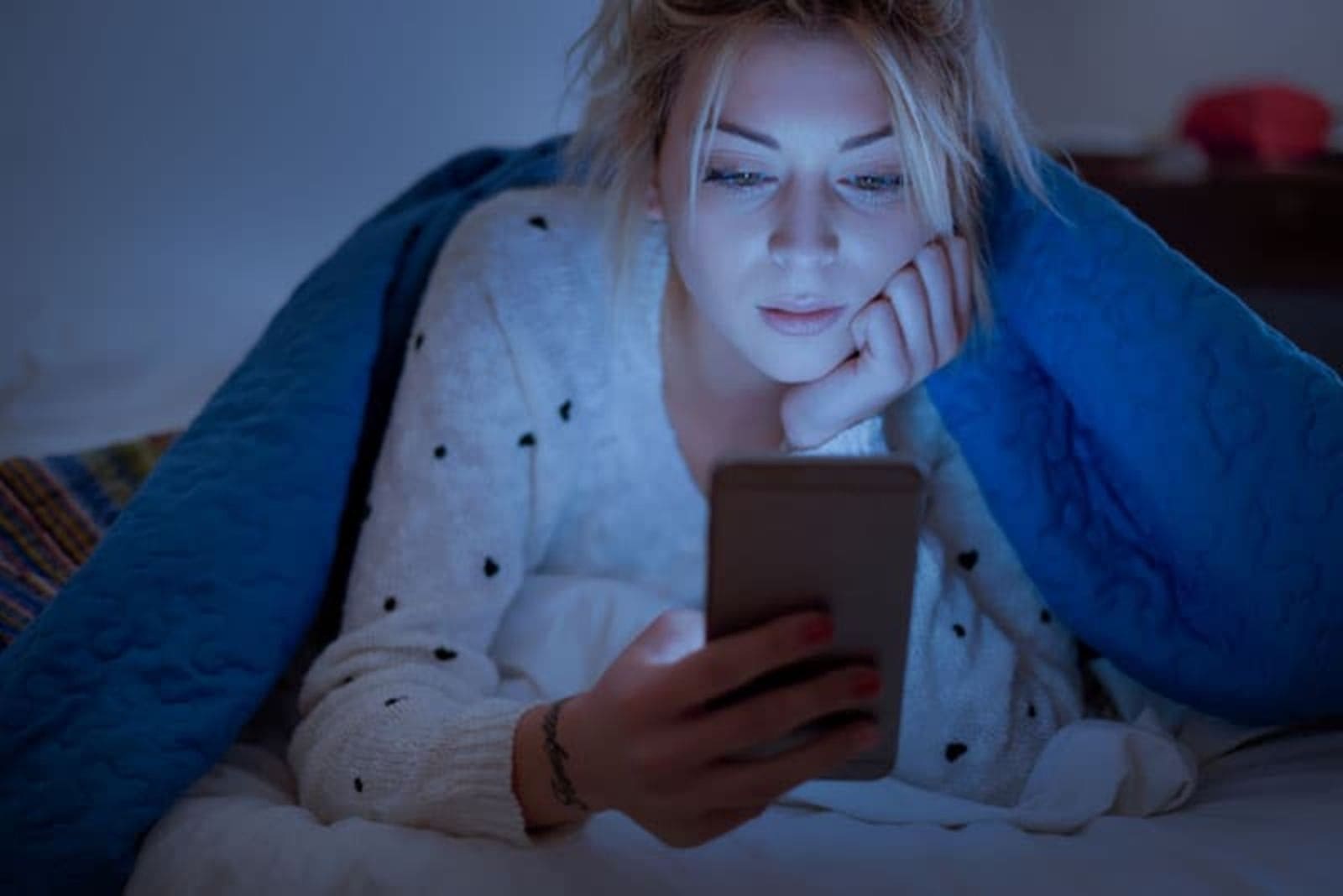 No matter how much you like him, and how intoxicatingly attractive you find him, don’t answer his late-night calls.

Don’t settle for hangouts in his place or yours because the only thing you will become is a number on his hookup list.

If you demand respect, you will get respect back from him.

I’m not saying you should wait until you get married to sleep with him, just don’t give him boyfriend benefits until he actually is your boyfriend.

There is an unwritten rule that men don’t appreciate things they can easily get. So, whatever you do, don’t be easy.

Don’t forget about the feel-good factor 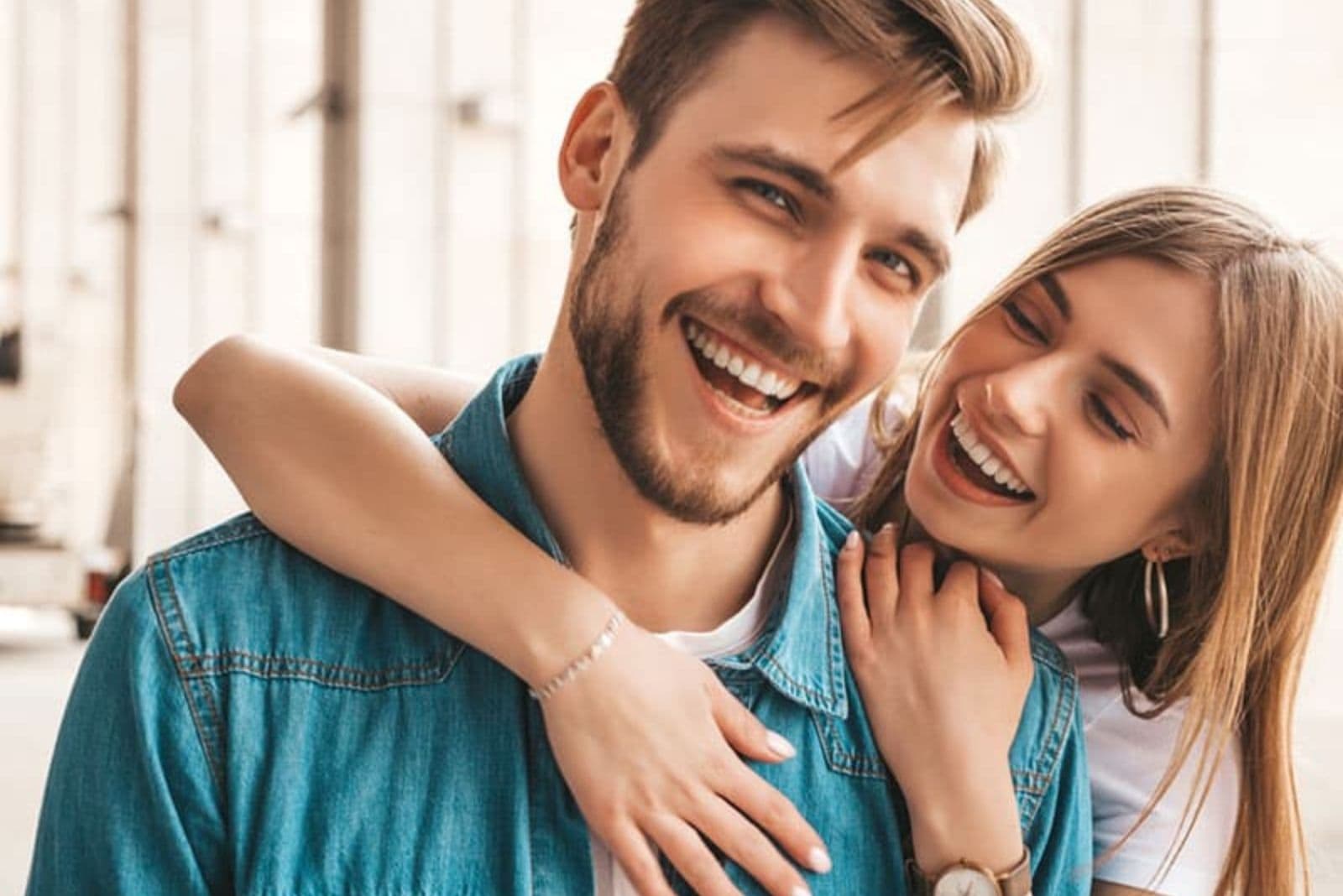 A lot of us come with a lot of emotional baggage and issues from the relationships past, but that doesn’t mean we should drop them on a new guy we just started seeing.

Be the light he is attracted to, not the dark that pushes him away. Live in the moment and leave the past aside.

Keep the topics of your conversation light and fun. Make him feel good about himself when he’s around you.

Be the person he wants to get to know better because you’re so positive and laid back. There will be plenty of time to talk about the big and deep stuff when the time is right.

RELATED: How To Seduce A Man: 30 Simple Tips That Work Like A Charm

Stop rushing and you will reach your goal faster 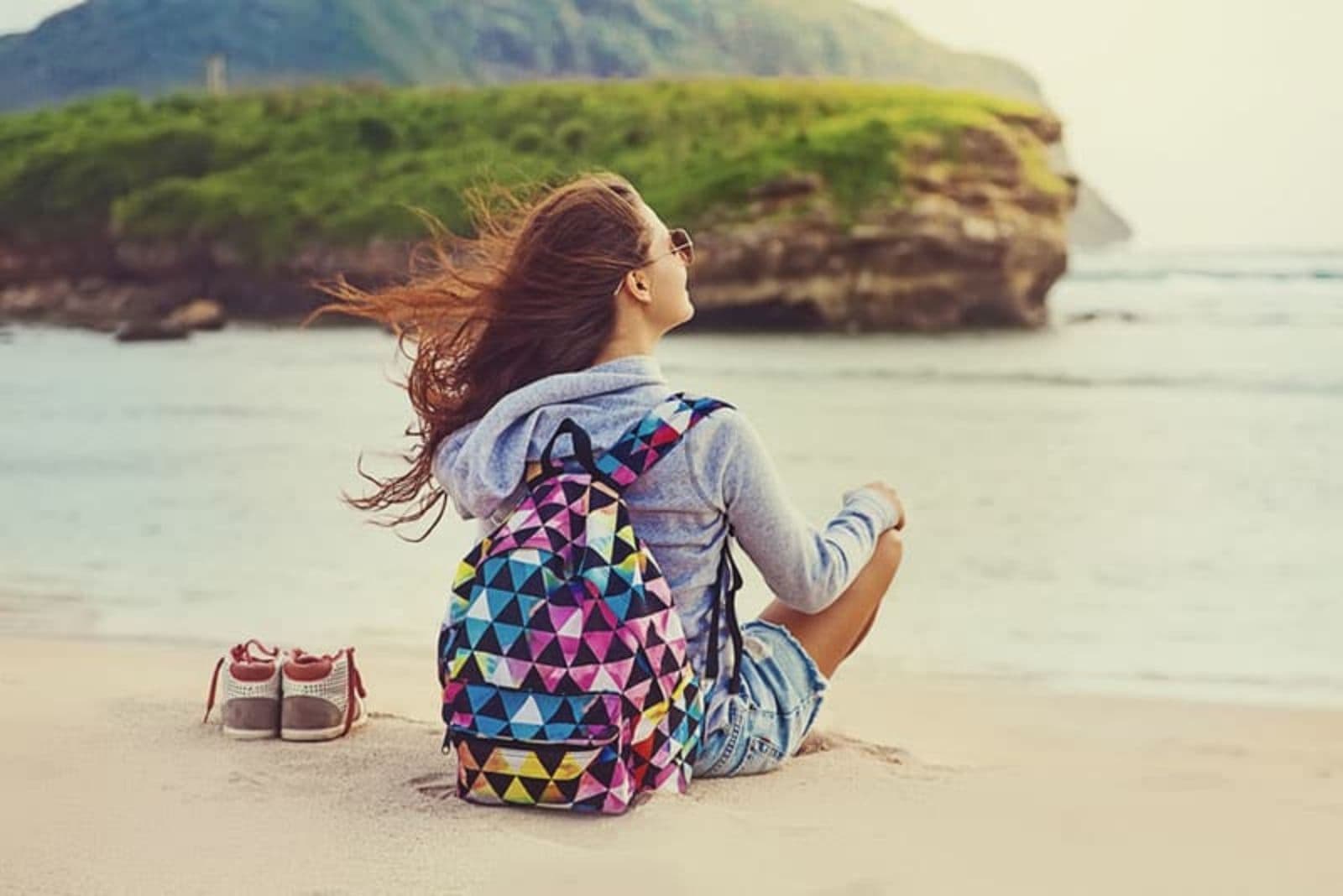 Love is not a race. You don’t need to have all the answers right away. You can’t know if he is your forever person based on the few first dates.

Good things take time. Take it one step at a time and get to know each other. Don’t take things too seriously right from the start.

You might want to date for a while and get to know each other better before entering a relationship.

O nce you’re there, there’s plenty of time for bonding and building a world together before the next relationship level. You’ll get there naturally.

So don’t force it. Avoid topics of moving in together, marriage, and kids early on. Let him initiate those topics when he’s ready.

Allow him to be a man while keeping your independence 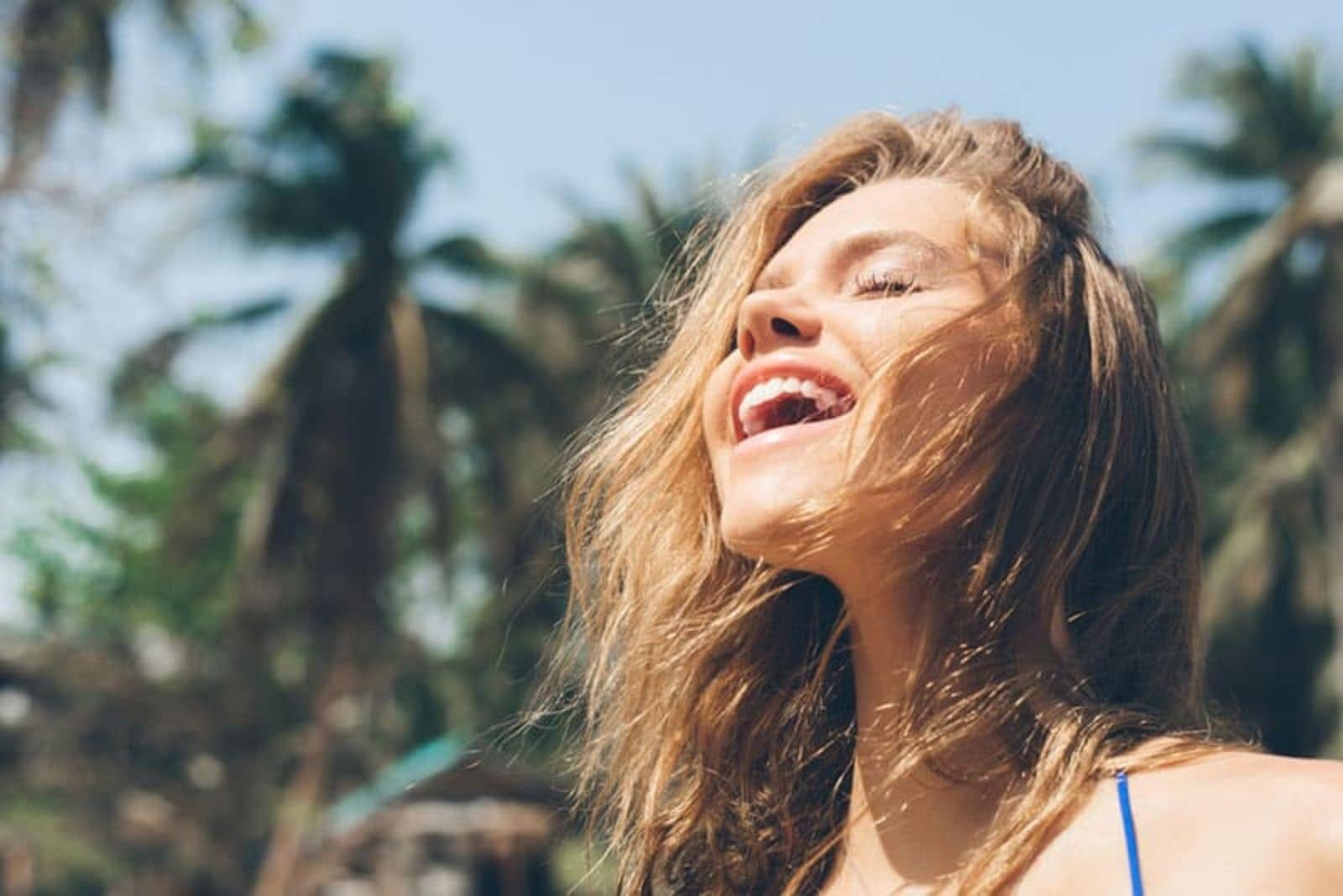 Being an independent woman is a great thing, but sometimes we take that independence too far.

What we need to do is establish a balance between our independence and partnership with a man.

You see, what every man wants is to feel needed. If he doesn’t, then he sees no reason for staying by your side. So what’s wrong with him carrying your grocery bags? Absolutely nothing.

Sure, you can do it yourself, but it’s also great when he’s able to do something nice for you. The same applies to everything else in life.

You don’t need to depend on him for every little thing, but it’s important you let him know you want him in your life. Also, it’s important to motivate him to chase you.

If you lose yourself, you will lose him 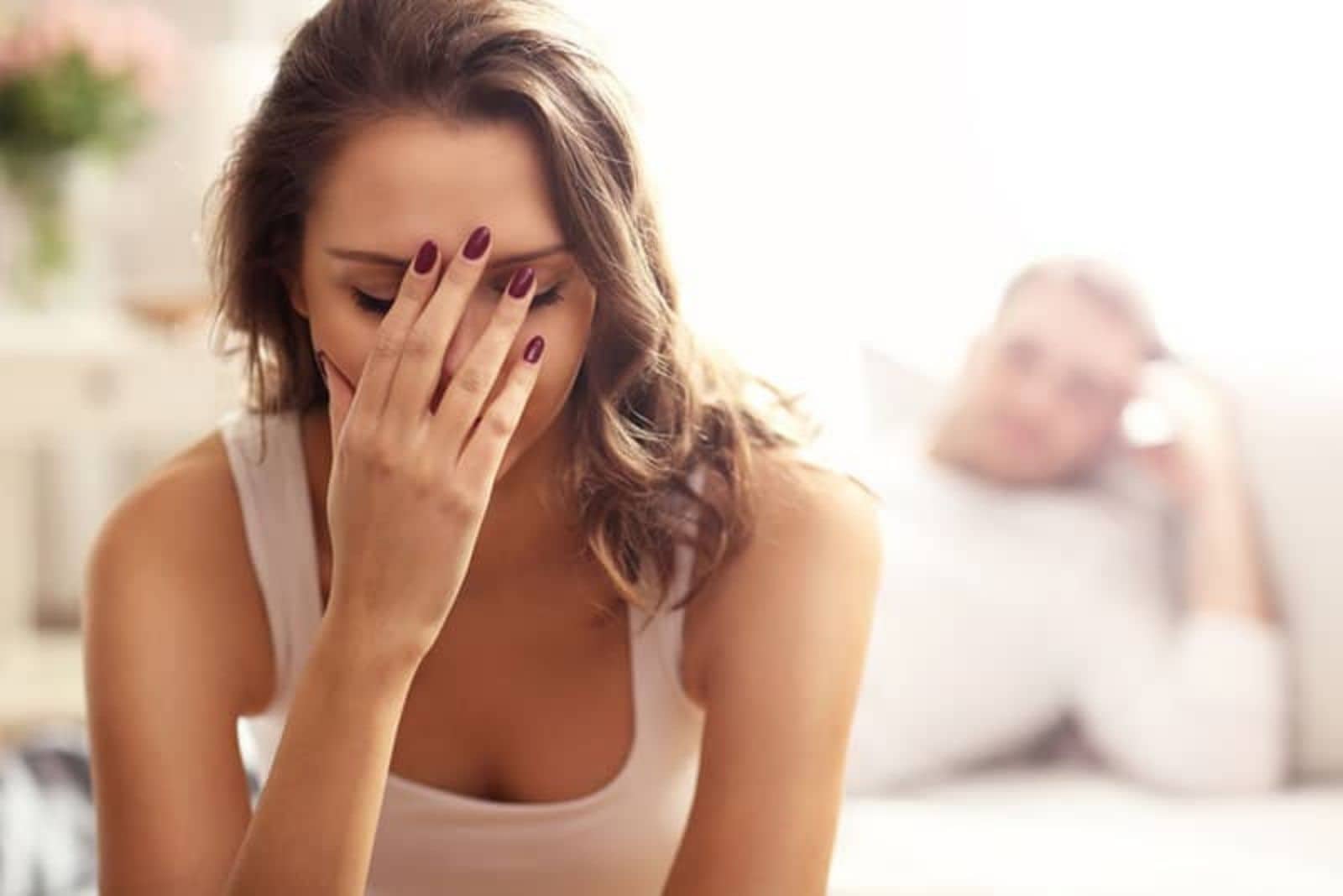 The reason many potentially great relationships fail is because women start prioritizing the man they love and in the process neglect themselves.

They forget all about their goals, aspirations, friends, and life in general, and make him their entire universe.

In that process, their man loses interest because a woman that was once interesting and had a life of her own to lead now has nothing to show for.

Fight the instinct. You’ll want nothing more than to spend every waking moment with him, but resist the urge. Find the right balance.

Always find time for yourself and the people that were in your life long before he showed up. Dream, create, and build a life you are proud of.

Make your life so amazing that any man would want to be a part of it. 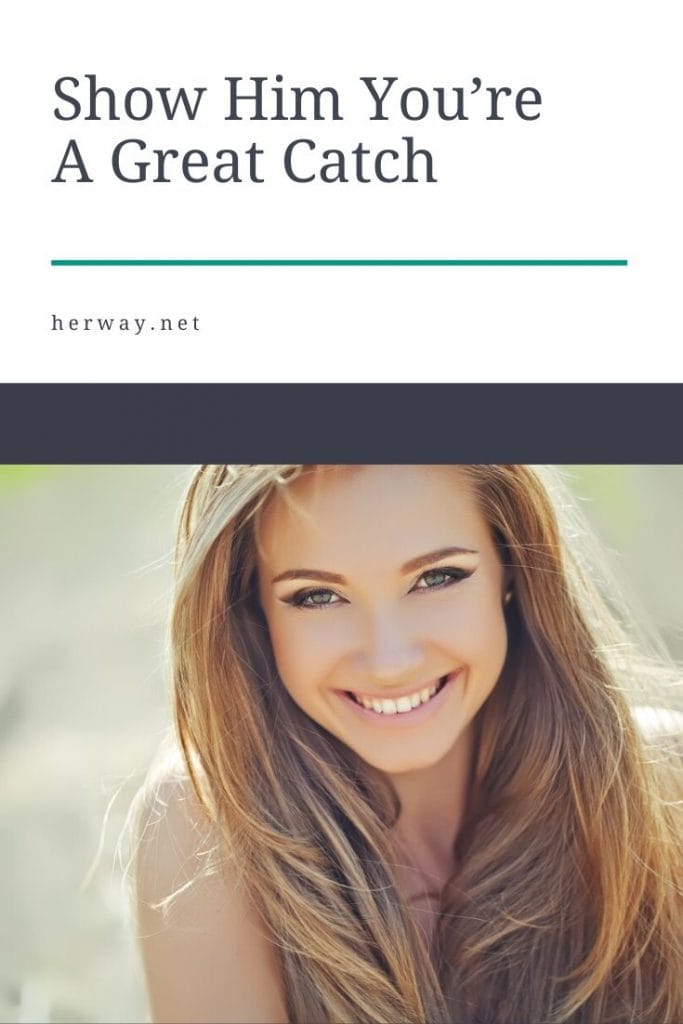