Let’s agree on one thing. Sober sex is great, but sometimes you just need drunk sex. Sometimes you need to be drunk and tear the clothes off of you and go into action.

Tipsy or drunk sex is just the best. It’s out of control, and there are a lot of funny situations. Your urges get ten times stronger, and you don’t give a damn about whether you’re going to nail it or not!

You’re just do whatever the hell you want to.

But, there is a line between tipsy/drunk and blackout/drunk sex. Bring tipsy or drunk is just perfect because you still know what you’re doing, and hopefully, you won’t do anything stupid. There is still some brain left in your head, so use it.

But, when it comes to blackout sex, you’re losing. Firstly, you won’t be able to do anything and neither will he because too much alcohol and a functional penis don’t go together. Not to mention that you won’t remember anything, and secondly, the chances of you doing something stupid are freakin’ high.

Reasons why drunk sex is way better than the sober one:

1. It wipes away your insecurities

You’re not anxious, and you won’t have any problems with taking your clothes of. You won’t care about how you look and whether you’re attractive or not.

All the flaws you think you have won’t matter, not even one bit. On the contrary, you’ll feel like the sexiest woman alive, and your confidence will be sky high.

Who cares? Whether they are off or on, you won’t care because you have a goal, and you want to fulfil it. Getting nasty with a random person (using protection of course) is all you can think about.

If you do it on a stadium under the big lights with hundreds of people watching, you wouldn’t mind. There is no pressure whatsoever.

You do it, you don’t. Once again you don’t care. You’re going to be so turned on that you’ll wonder how you made it to your house instead of doing it in the taxi on your way home.

So if there is no foreplay to get you into mood, it doesn’t matter. You were in the mood from the moment you drank the first glass of your ‘poison’.

4. Grab him wherever you want

You won’t be shy and think whether you should grab his crotch or not. Are you going to lick his entire body from his head to his toes?

There won’t be any questions like that. You’re just going to go with it and do what you feel like doing that moment.

5. You’re the queen of the world and the bedroom

Are you good in bed? Of course you are. When you’re drunk, you’re a freakin’ expert. You’ll pull out moves you hadn’t known you even knew.

Is he good in bed? Who cares? It’s not like you’re going to give him points and see if his performance was good after you’re done. You’re going to fall sound asleep and wake up in the morning trying to remember where you left your bra. 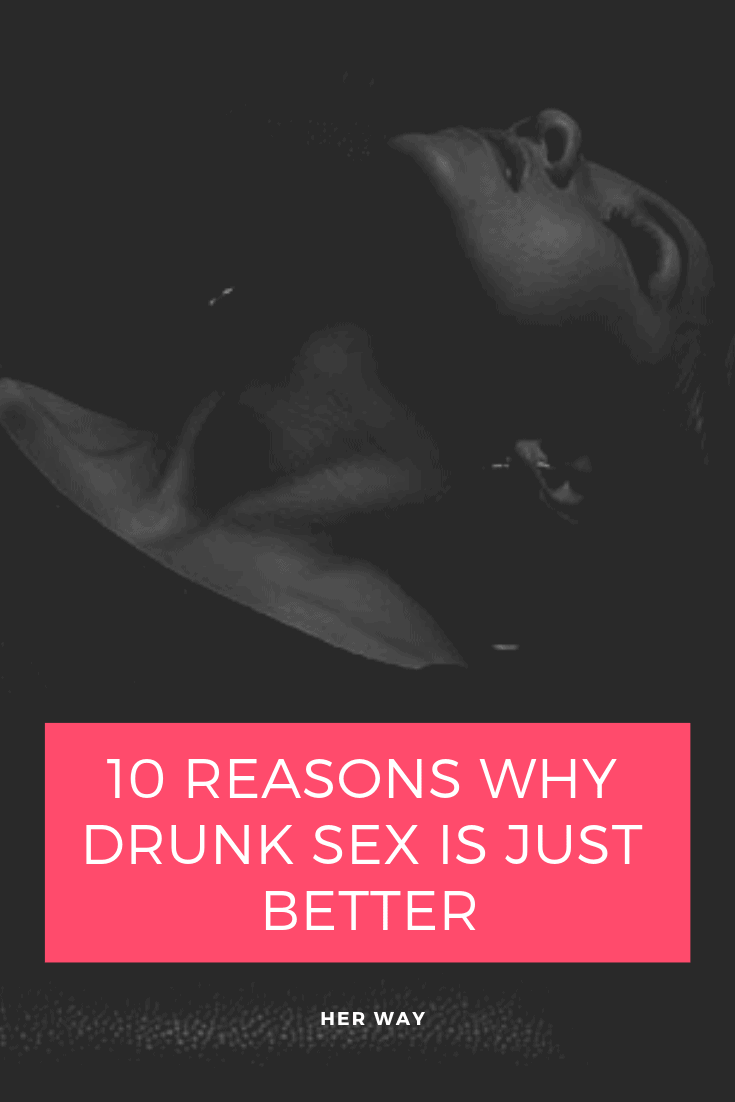 Most of us are fun, unless you’re one of those who get depressed and stand in a corner and cry. So, the chances of him asking you out for real or for another hookup are high.

You’re going to show him a completely honest and fun side of you. You won’t feel any pressure, and you’ll just do whatever you feel like doing. Could it get any better?

Are there some things you were always too afraid of trying? If there are, you’ll probably get rid of your fear and say: “The hell with it! Why not?”

I just hope that you won’t be sorry the next morning, but since it’s going to be legendary, you probably won’t.

8. There is the possibility of a sex tape

Maybe that was your hidden wish, and this is the right moment to do it. But when you’re at it, make sure that you are the producer, and after it’s done, it’s only available to you and no one else.

Who knows what can happen otherwise. This way, you have the upper hand. Either you use it if you have even the slightest chance of being famous (since that is popular nowadays) or you can always blackmail the co-actor in this famous video. But nothing serious, just for fun!

Maybe he’ll teach you something you didn’t know before. Maybe you’ll like it, and you’ll keep on practicing what you learned after the drunk night out.

This can open your eyes and show you a completely new and different perspective of sex.

10. You have all the time in the world

If it lasts 2 minutes or two hours, you’re good either way. You don’t bother with that kind of thing when you’re drunk!