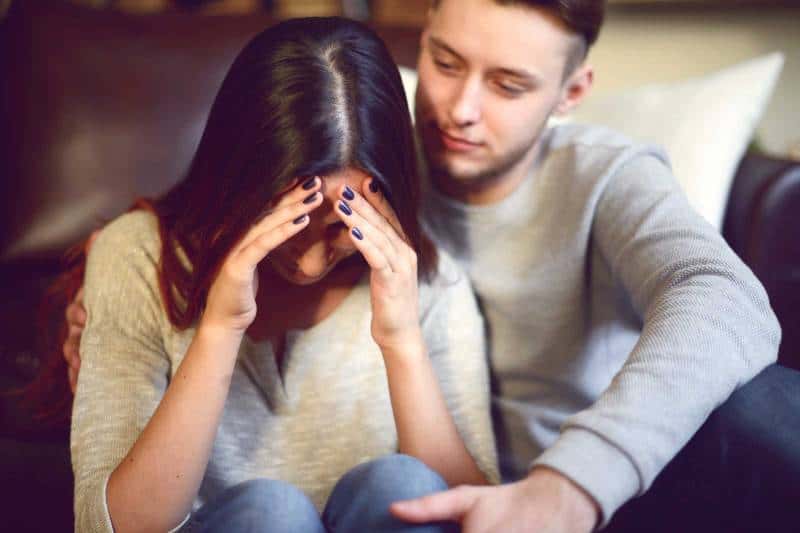 This is a term that you would never connect with someone emotionally crippled.

This type of man has good intentions but his intentions are wrongly placed.

He prefers a broken woman; he does everything in his power to help her but as soon as he is done helping her and the woman he is with is able to stand on her own two feet, he is in search of somebody else who needs saving.

They do it so they would feel better about themself. While they are concentrated on somebody else’s issues, they can avoid dealing with their own. They act like they are perfect and that they have all the answers.

But their main agenda is not to help, it’s to feel better, more masculine and powerful. That’s not superheroic, now is it? 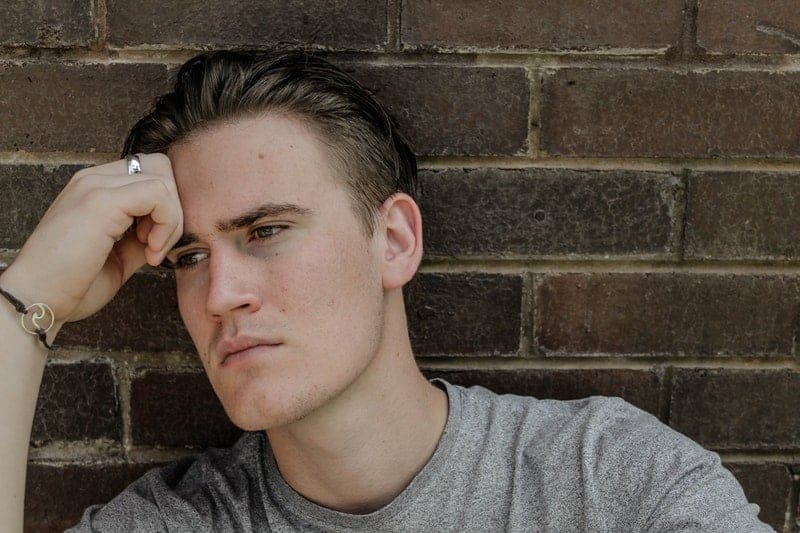 He will be all charming and sweet until heshows his real face. He will come off as overly confident and the best at everything. However, he is deeply insecure underneath all that facade.

He is in need of constant admiration and reassurance even though he would never admit it aloud.

He can’t stand criticism or rejection and he has this need to act superior.

His main goal is to lower a woman’s self-esteem so he could feel better in comparison.

He projects his own insecurities onto the woman he is with. He is unable to empathize.

A narcissist only cares about his own feelings and well-being. He doesn’t care about all the destruction he leaves behind. He is the epitome of an emotionally crippled man. 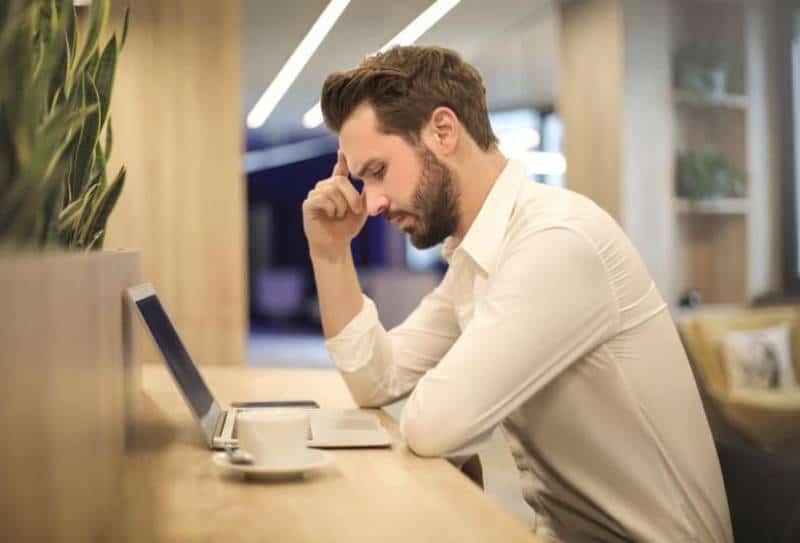 You knowthe old, “I am busy,” excuse, right? Well, in his case it’s not an excuse as he is actually busy. But that doesn’t make him better than the rest.

His sole focus is his work and you wouldn’t be exaggerating if you would call him career-obsessed. He validates himself only by how high he can climb up the career ladder.

He needs a woman to fulfill his needs and one who is probably as emotionless as he is.

He has no time to give to efforts and investments in the relationship.

The only form of commitment he is capable of is toward his work. It will probably be too late when he realizes that work and money aren’t the things that keep you warm at night and make you happy. 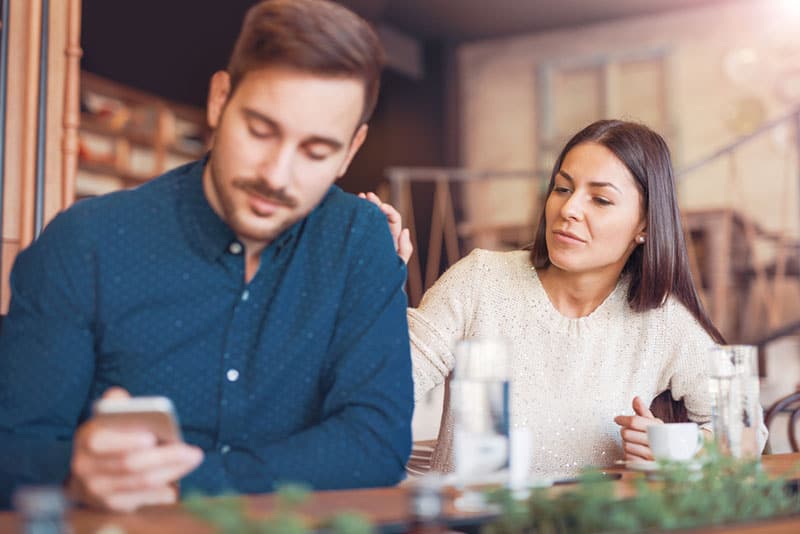 This type of emotional cripple doesn’t need a woman in his life, he needs an ego boost.

He lacks belief in his capabilities and that’s why he needs someone to push him and tell him that even though he lacks faith there is someone who believes that he can achieve whatever he sets his mind to.

But whatever a woman does, it’s never enough. He will continue to complain and whine rather than take the necessary actions to improve himself in work and in life.

A woman who is dating this man will realize that she is just hitting a brick wall and that she can’t help someone who doesn’t want to be helped. 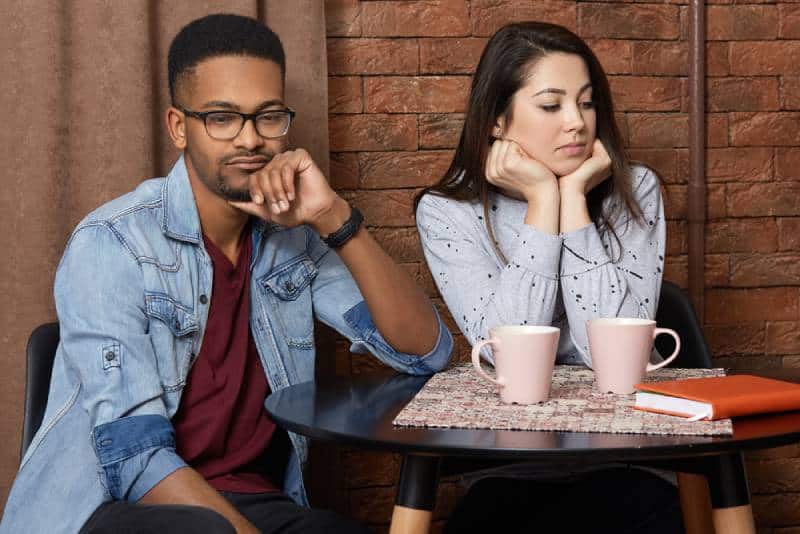 He says he prefers to be alone, his relationships are short-term and he never labels anything. He likes playing games.

He is more into friends with benefits than a relationship that demands commitment.

He doesn’t want to meet his almost girlfriend’s friends and family and the thought of introducing her to his would never cross his mind. A commitment-phobe is all about fun with no strings attached.

He would never risk opening up and getting hurt so he isn’t likely to change his way of thinking or living. 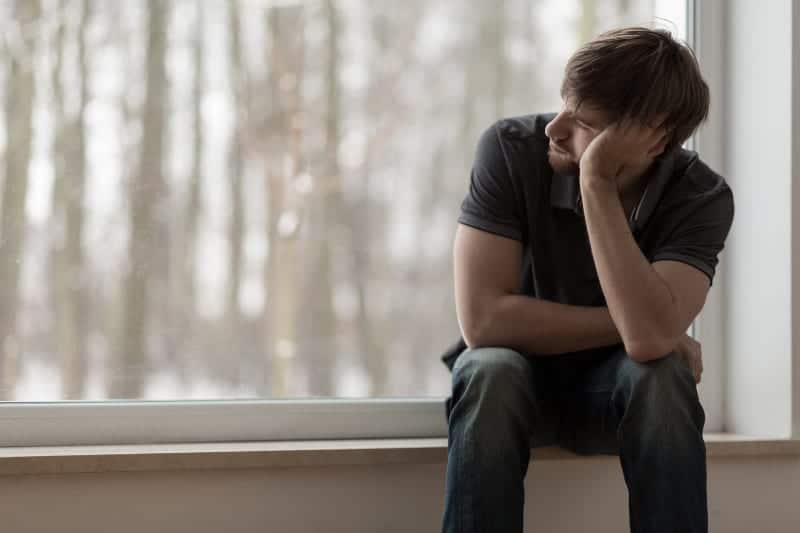 His ex messed him up so badly that he felt like he had no other choice but to build titanium walls around his wounded heart.

Deep down, he believes all women are the same and that none is worth the risk of being broken again.

Every time he started a new relationship he would flake out at any sign that it might be a bit serious.

He carries so much emotional baggage with him and he will not be able to fall in love again until he gets rid of it on his own. 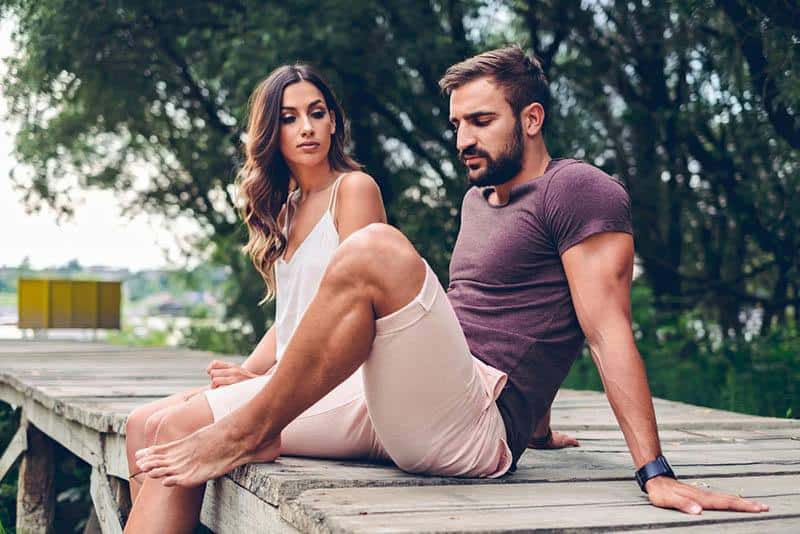 Pessimism is his middle name. His outlook on life is dark and he can’t see the sun that is shining on him.

He will always whine about his life and constantly go back to all the things that went wrong.

He will never emphasize the things that went right.

He expects a relationship with someone who will show him the light and cheer him up. That gets very tiring really fast.

He can’t see the joy in his relationship let alone in his life and that’s something he should fix himself because nobody can do it for him. The sooner he stops with the self-pitying, the sooner he will find happiness in love and in life in general. 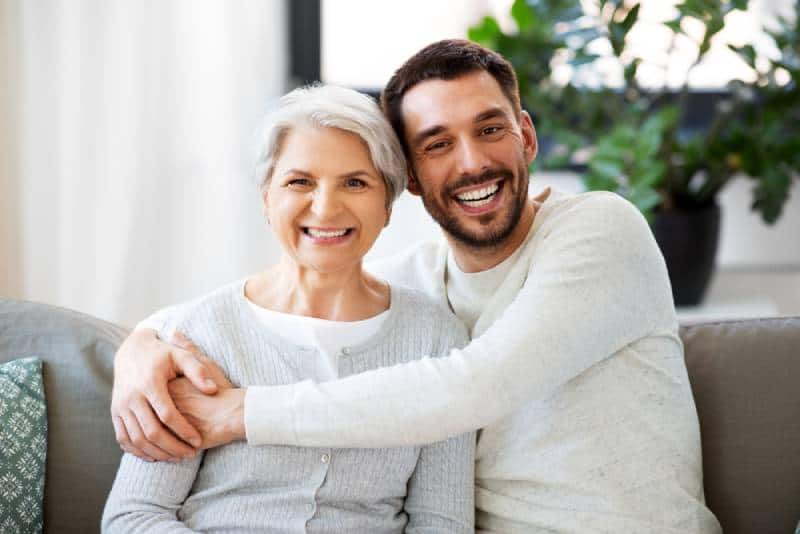 His mother is the center of his universe. He is under her command and he does everything she tells him.

His mom has meddled in every relationship he has ever been in and no woman is ever good enough for her little boy.

But the thing is, he is not so little anymore and while he should have all the love and respect toward his mother, he should lead his own life.

He will never be able to give his heart to another woman completely until he realizes he has to step up and be his own man. 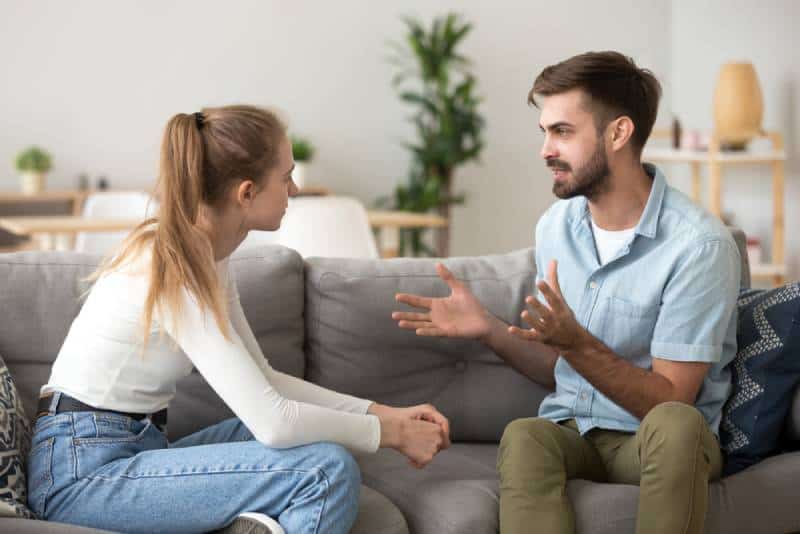 He will try to convince you that he only has your best interests at heart but will manipulate you into doing exactly what he wants. He is full of beautiful words and amazing promises but it all stops there.

He never makes any actions to back them up and his words are empty. He uses words to hide his emotions.

He is afraid of his feelings and getting hurt so he never faces them and always has one foot out of the door. 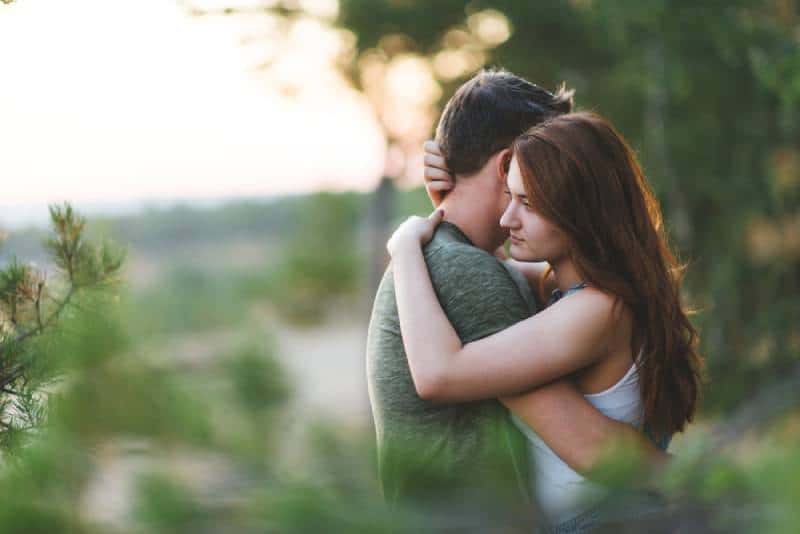 He confuses love with attention. He is more interested in what a woman can do for him than giving anything back.

He loves to be pampered and adored. He likes knowing that somebody loves him that much that they would do anything for him to be happy. But he has never been in love, he has only loved attention. 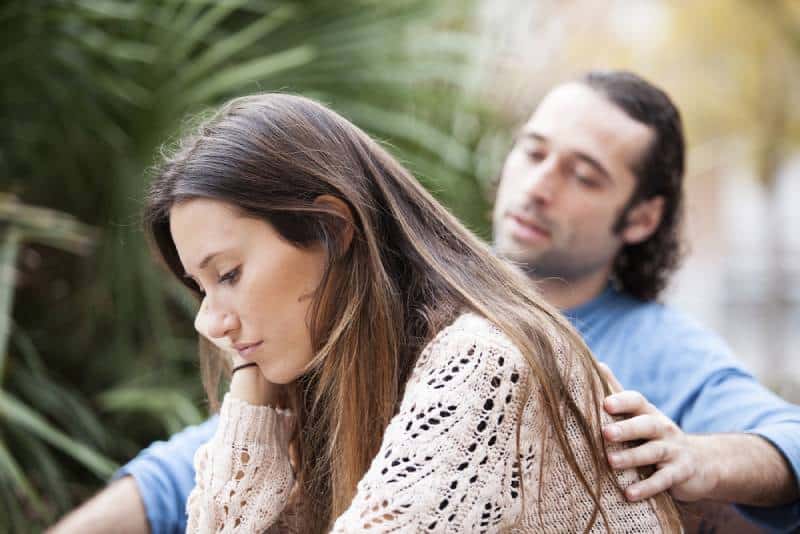 He is the opposite of a superhero. He preys on the weak. He loves women who are not in a good place right now so he can swoop in and save the day.

He doesn’t do it to help, he does it so he can look good and feel better about himself.

He pushes his own problems and issues aside and deals with the ones of the woman he is with, which makes him feel more masculine, powerful and stronger in the process. His intentions aren’t pure.

His heart is not in the right place. He is not there to help, he is there to make things worse. 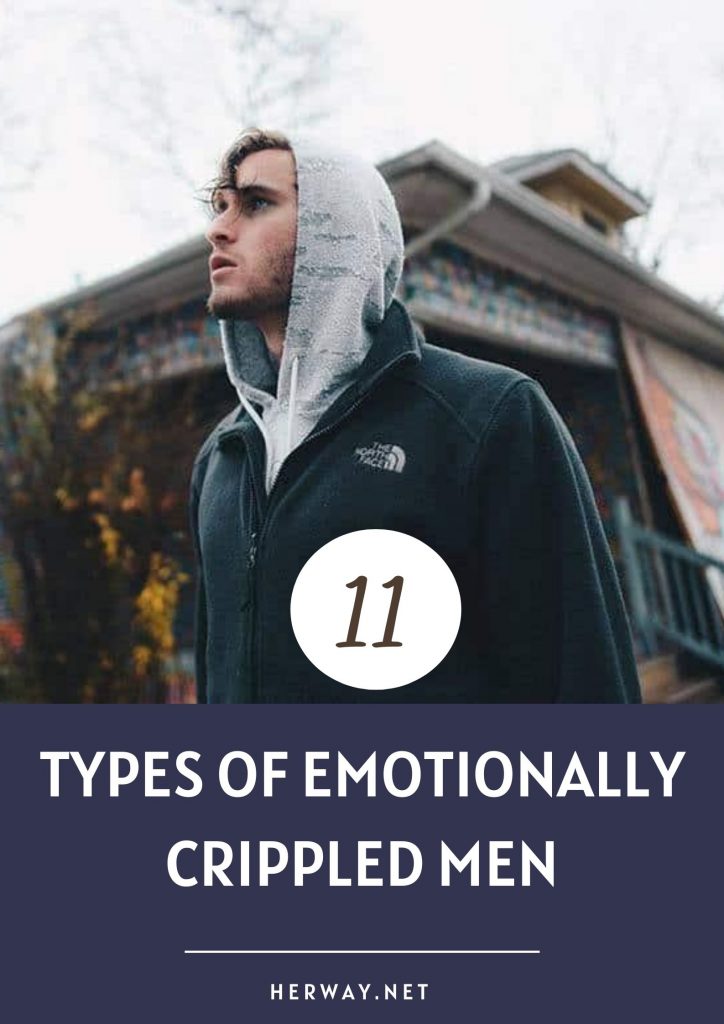 […] Emotionally unavailable men will do anything to hide their feelings for you, even though you can tell from their eyes how much they like you and enjoy spending time with you. […]

Yup I#ve just overflown it but this can actually help identify with these things...