You’ve met a great guy and you’re having the time of your life with him until he tells you that he has children.

The thought of dating a single dad has always sounded wrong to you for multiple reasons and now you’re questioning the validity of your decision to continue spending time with him.

But before coming to any conclusions, understand that dating a single dad doesn’t necessarily mean that his children will be the biggest obstacle or that he won’t be that good in a relationship due to other priorities.

On the contrary, single dads are quite a catch. They are devoted to the core, thoughtful and responsible, unlike all of those toxic men, narcissists and players.

If you’re thinking of dating one, you definitely have the green light and all of the support one could give you. And if you’re still skeptical about it, keep reading.

Single dads have gone through an enormous transformation

“Things change when you have children; your priorities change.” – Joe Namath

Becoming a parent is a lifetime experience that changes you to the core. So, being a single dad means spending great amounts of time on the kids and having different priorities. 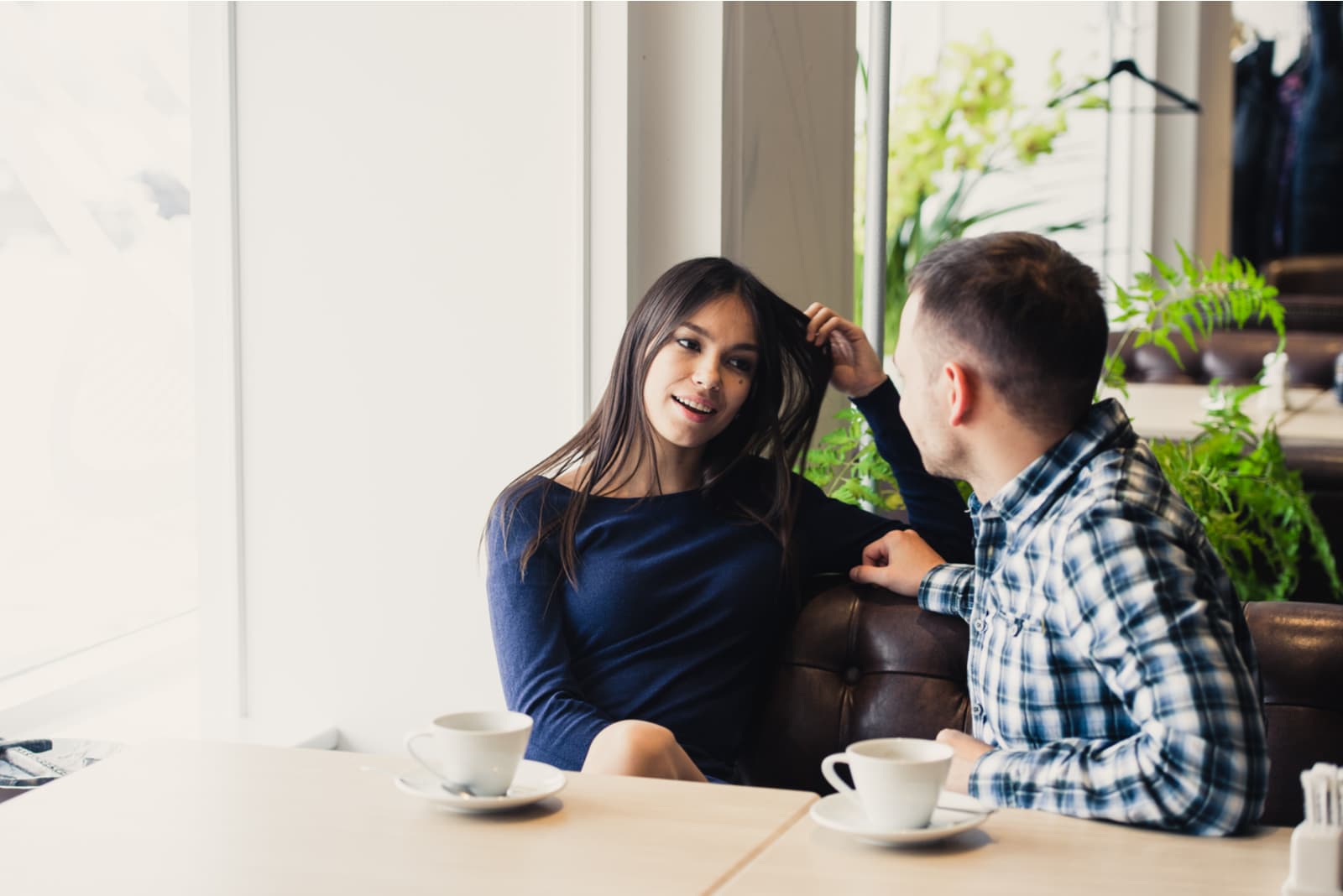 But this doesn’t mean that they’re no longer interested in a woman’s touch or the warmth of her presence.

On the contrary, the majority of single dads desire to date more and crave to find the right woman whom they will treat specially and with care.

Yes, they’ve changed but having kids doesn’t mean they will take you for granted or not give you enough attention.

Their parenting transformation is actually the number one reason why you should date a single dad and this change has been explained by researchers.

When we become parents, our hormonal systems significantly alter.

The ‘love hormone’ oxytocin is responsible for creating the bond between a parent and a child.

Summarized, single dads are full of the ‘love hormone’ and that is why you should date them.

This flood of love they have inside them is something that people who are not parents cannot possess and that is what makes them extremely attractive and desirable.

And if you still don’t believe me, here are 12 reasons why you shouldn’t wait a second longer to start dating one of them.

Contents show
1 12 Reasons Why You Should Date A Single Dad
2 1. He’s patient and understanding
3 2. Single dads appreciate their time
4 3. He appreciates the true values of a woman
5 4. Single dads have perfectly balanced personalities
6 5. He doesn’t curse that much
7 6. He’s good with children
8 7. He’s responsible
9 8. He’s extremely adaptable
10 9. He’s humorous
11 10. He’s emotionally mature
12 11. You can have deep conversations with him
13 12. You may fall in love with his children as well 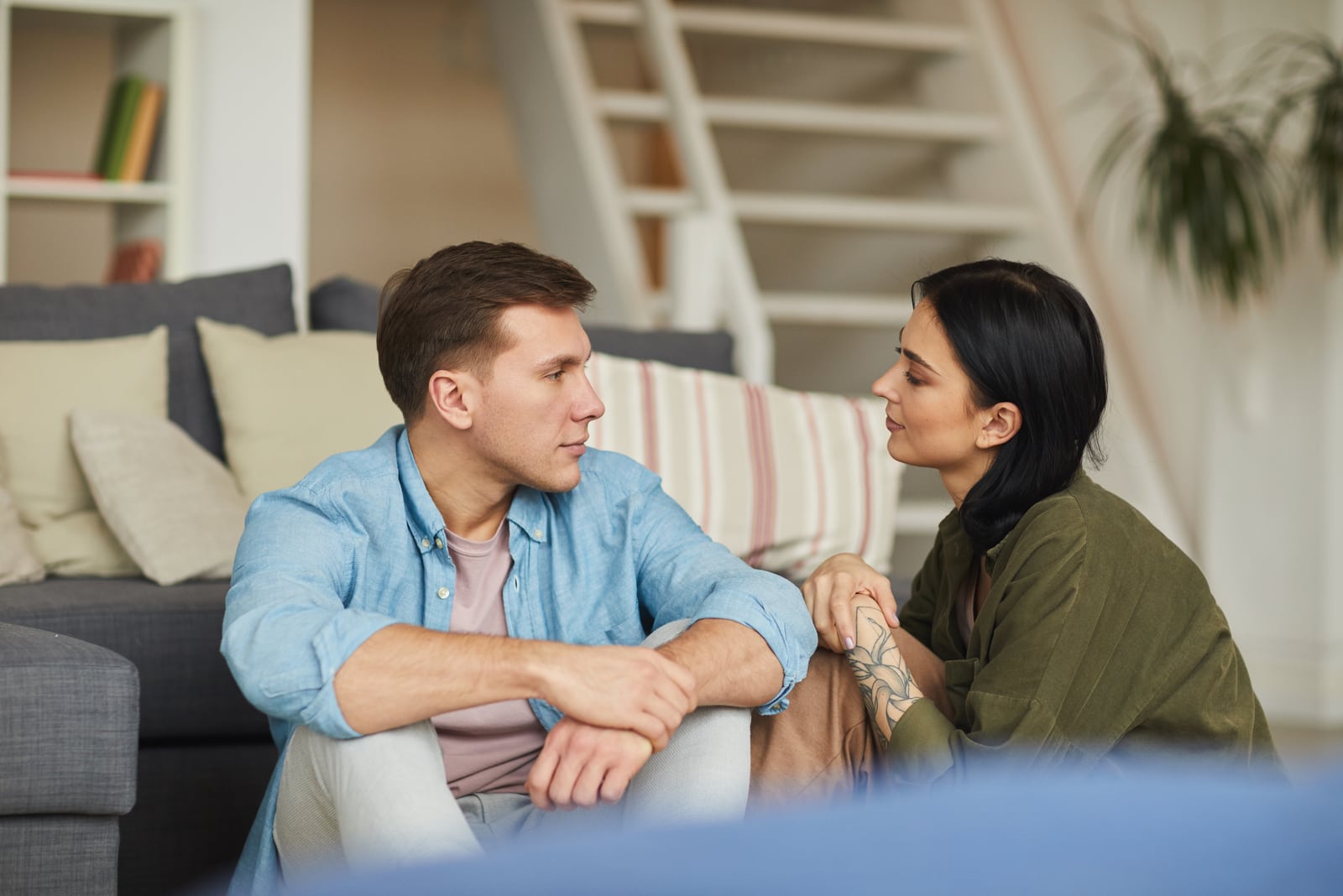 A single dad is extremely patient and understanding and that is why he’ll never rush you into something or accuse you of anything.

His patience and understanding has resulted from spending time with his children and we all know they require special attention and treatment.

If you don’t manage to finish something you’ve promised him, he’ll understand.

If you don’t show up on time, he’ll also understand because his patient nature would never let him be mad at you for no reason.

Patience and understanding are two main ingredients when it comes to relationships and if you decide to date a single dad, you can be sure that your relationship will prosper and be built on healthy foundations. 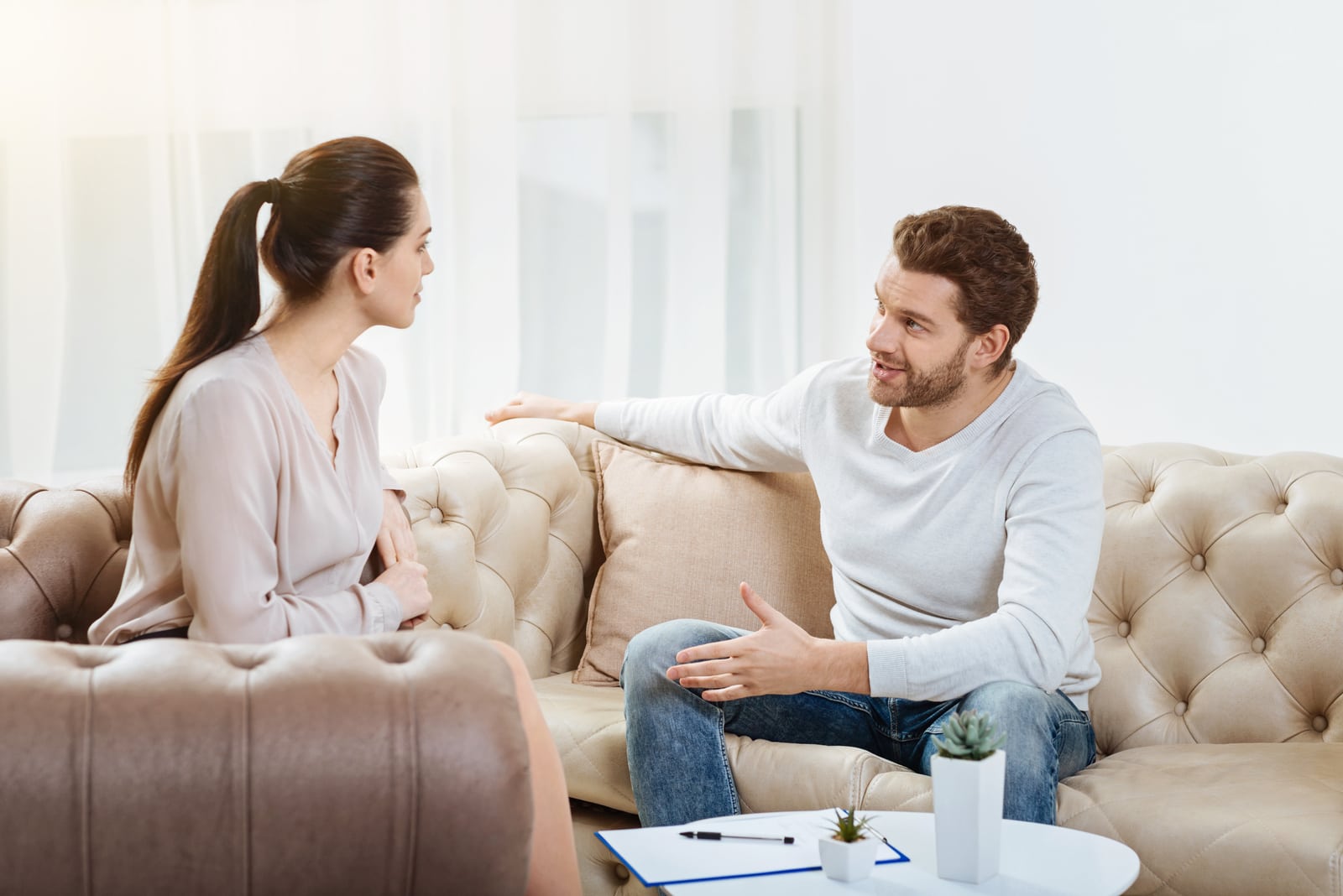 They are really sensitive when it comes to their time because they don’t want to waste a second on something that doesn’t feel right or on toxic people who are the main source of discontent.

Single dads think about their time with an open heart and an open mind. They want to make sure they’re spending quality time, regardless of what they are doing.

This means that you will never find them being a couch potato, uninterested in what is going on outside of their favorite TV show.

They are very good at organizing things and events because they want to make sure that they spend their time right and they will never make some lame excuses if they haven’t managed to do something.

3. He appreciates the true values of a woman 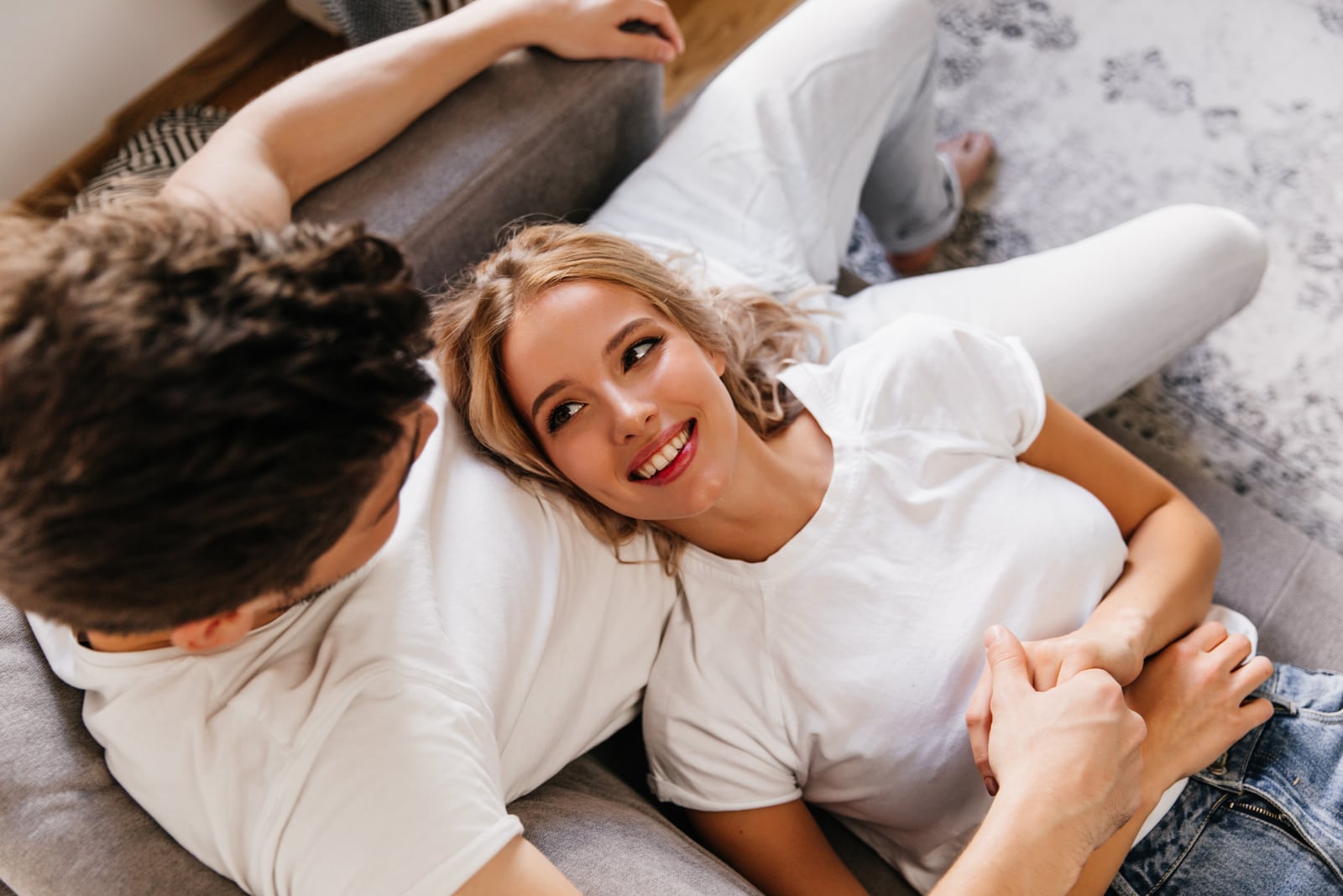 A single dad is looking for a woman with self-respect, confidence and all of the other qualities that resemble true values.

You see, single dads don’t look for someone who will just nod to everything they say because they are actually dying to hear different opinions and for someone to contradict them because they know that this is the only way to make progress and improve themselves.

He will never force you to see things as he sees them. So, dating a single dad will make you feel genuinely appreciated, respected and loved for who you are. 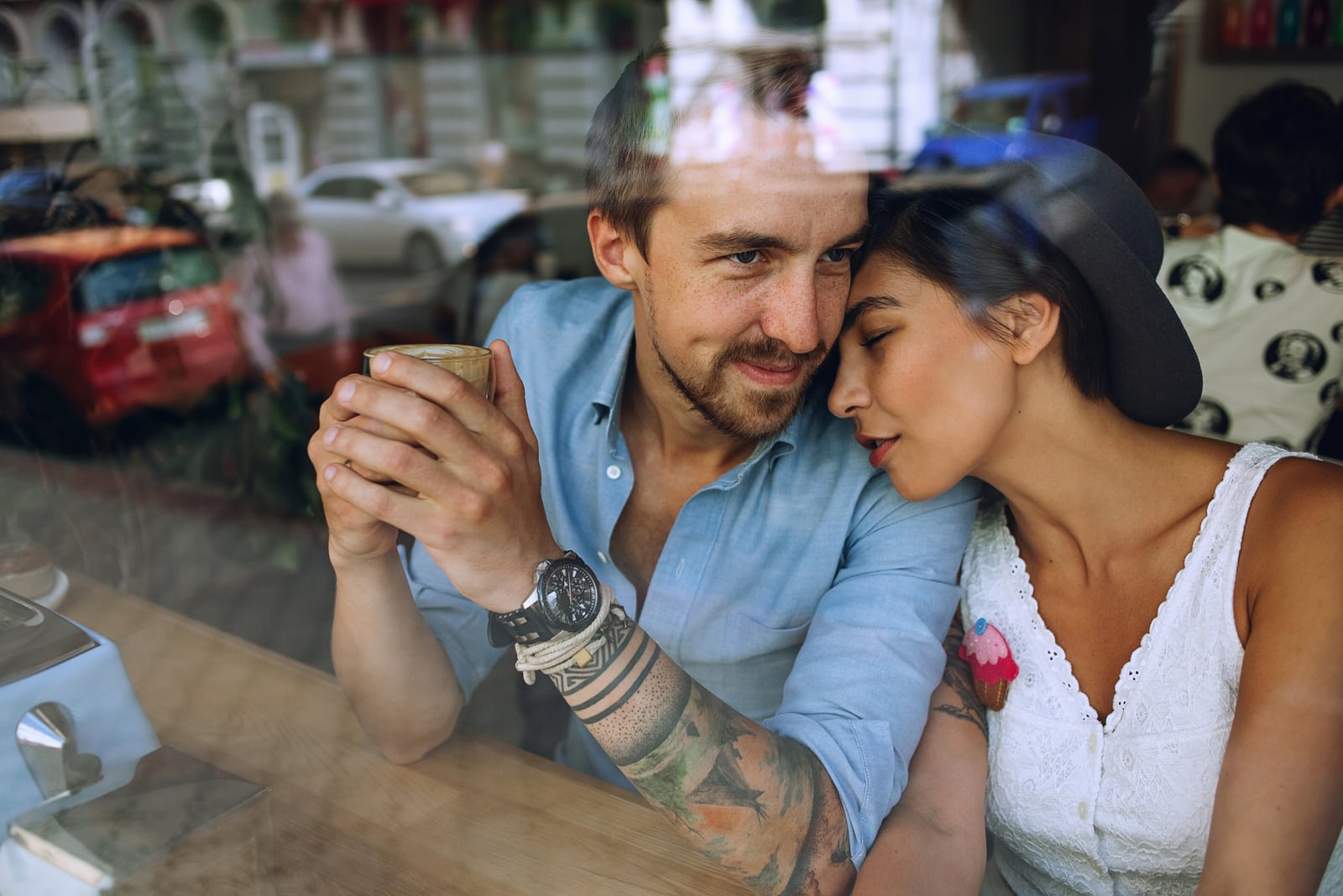 They possess that magical formula called a perfectly balanced personality that is really rare to find these days.

They will never act silly when you need them. Instead, they will give their best to be there for you and help you with everything.

And when it’s time to be playful, they will surprise you with their creativity and their effort to >make you happy.

Their perfectly balanced personality is something that every woman needs in a relationship because huge gaps between one or two personality traits is a recipe for a disaster.

5. He doesn’t curse that much 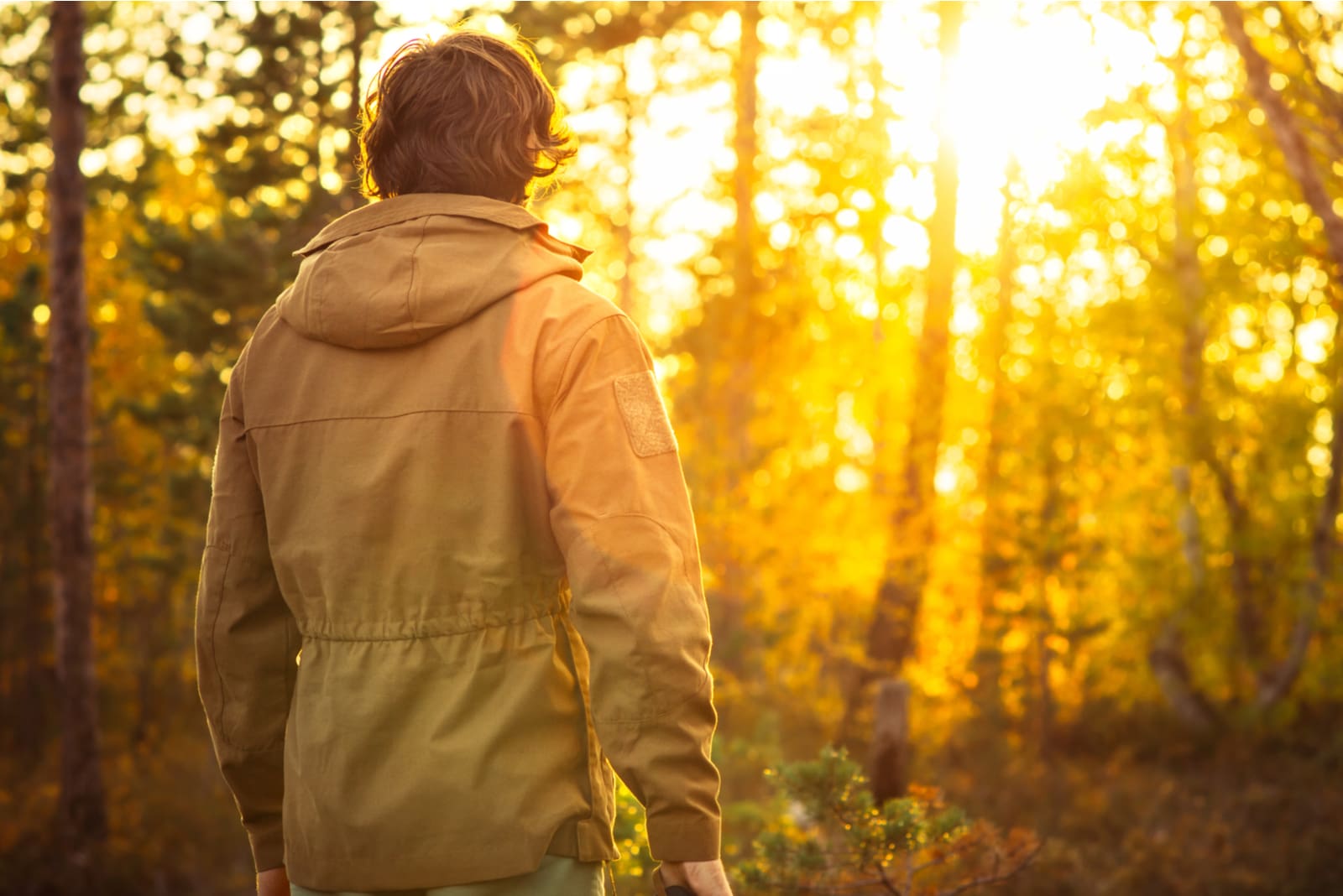 A single dad doesn’t drop F-bombs like fireworks for the New Year.

He may swear something trivial here and there but most of the time his large vocabulary does not let him make a fool out of himself in front of his children.

He wants to be the best example for his children and that is why he will always be picky when it comes to his words, actions and overall behavior.

Even if he does curse unintentionally, he will always make sure to explain to his children that they shouldn’t talk like that.

And what is sexier than a guy who is trying hard to be his children’s role model? 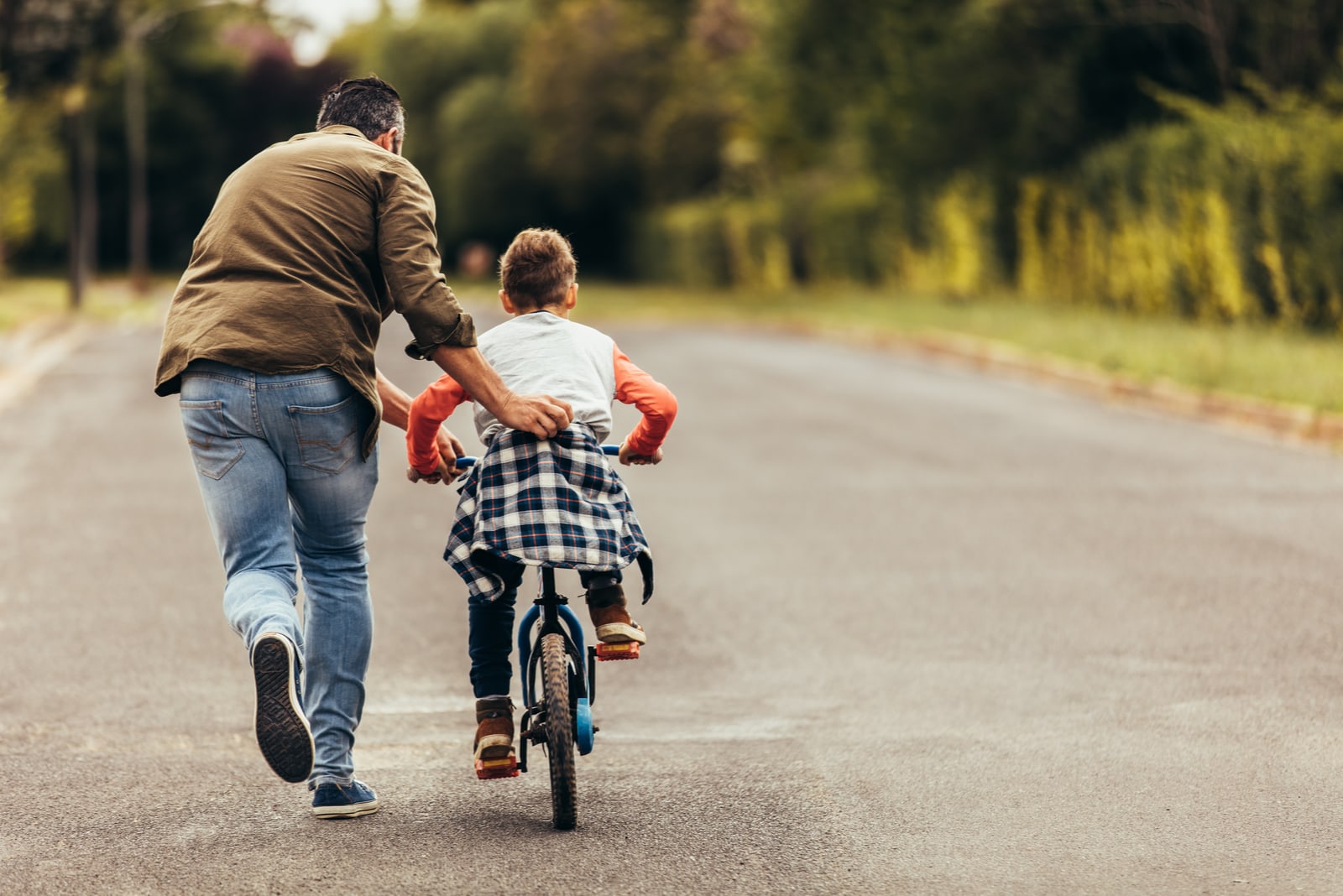 This one is self-explanatory. A single dad is good with children because he’s actually gone through the most difficult task in his life and that is being a parent.

And you don’t have to be suspicious of his ability to be a good parent because you’re able to convince yourself of it.

Being good with children requires tons of sacrifices, patience and understanding and what else could you ask of your partner?

Be sure that he’ll treat you the same way he treats his children because it’s in his blood to make you feel loved. 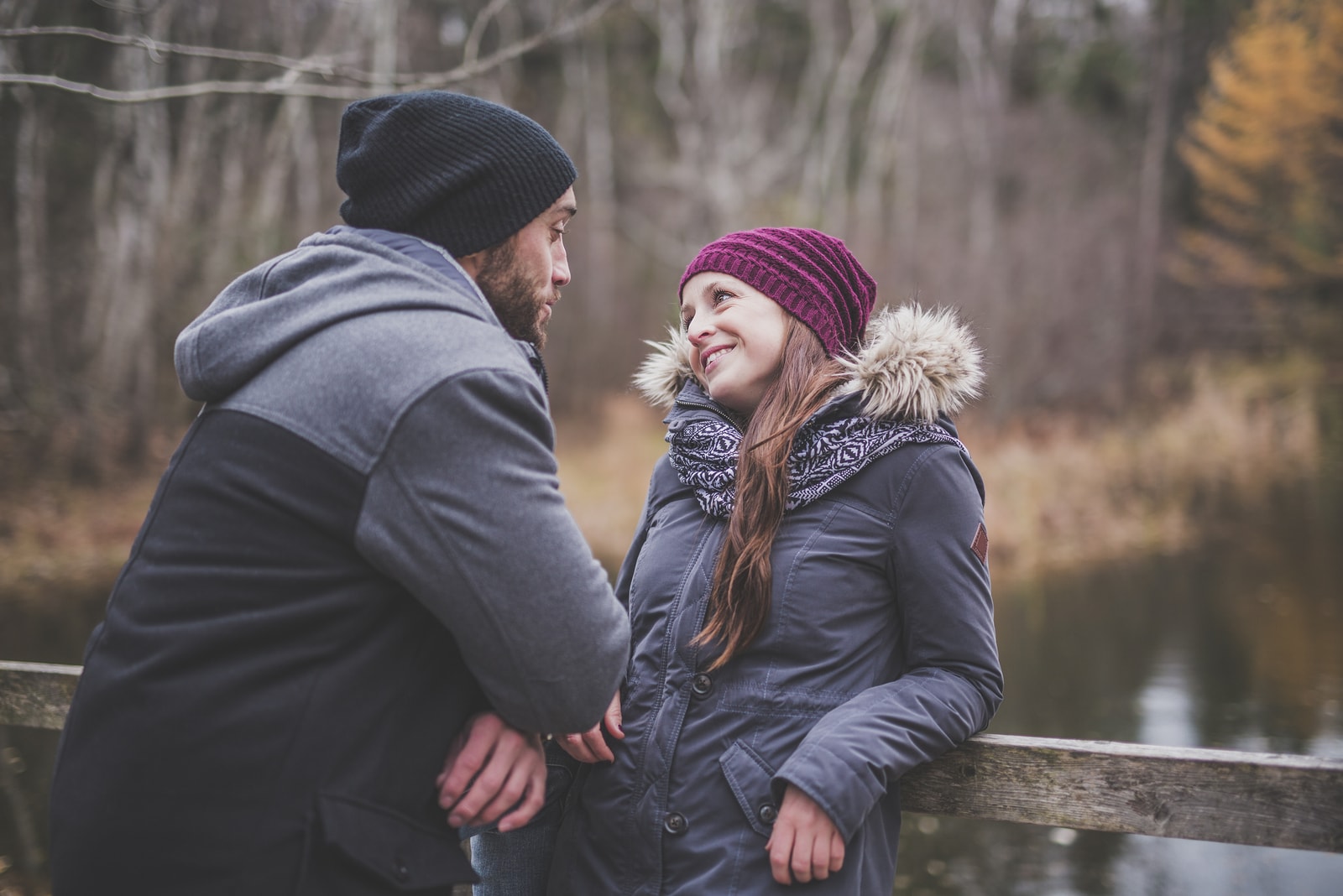 Responsibility is a single dad’s number one priority.

He simply wouldn’t survive if something happened to his children or you and that is why responsibility plays an enormous role in his life.

He also wouldn’t survive if you told him that he’s been acting irresponsibly lately because that is the worst thing you could say to him.

Single dads are extremely proud of their ‘dad’ label and they would never let themselves be criticized for something they could have done right.

Being protective and responsible are the traits of a real man so don’t miss the opportunity to enjoy them. 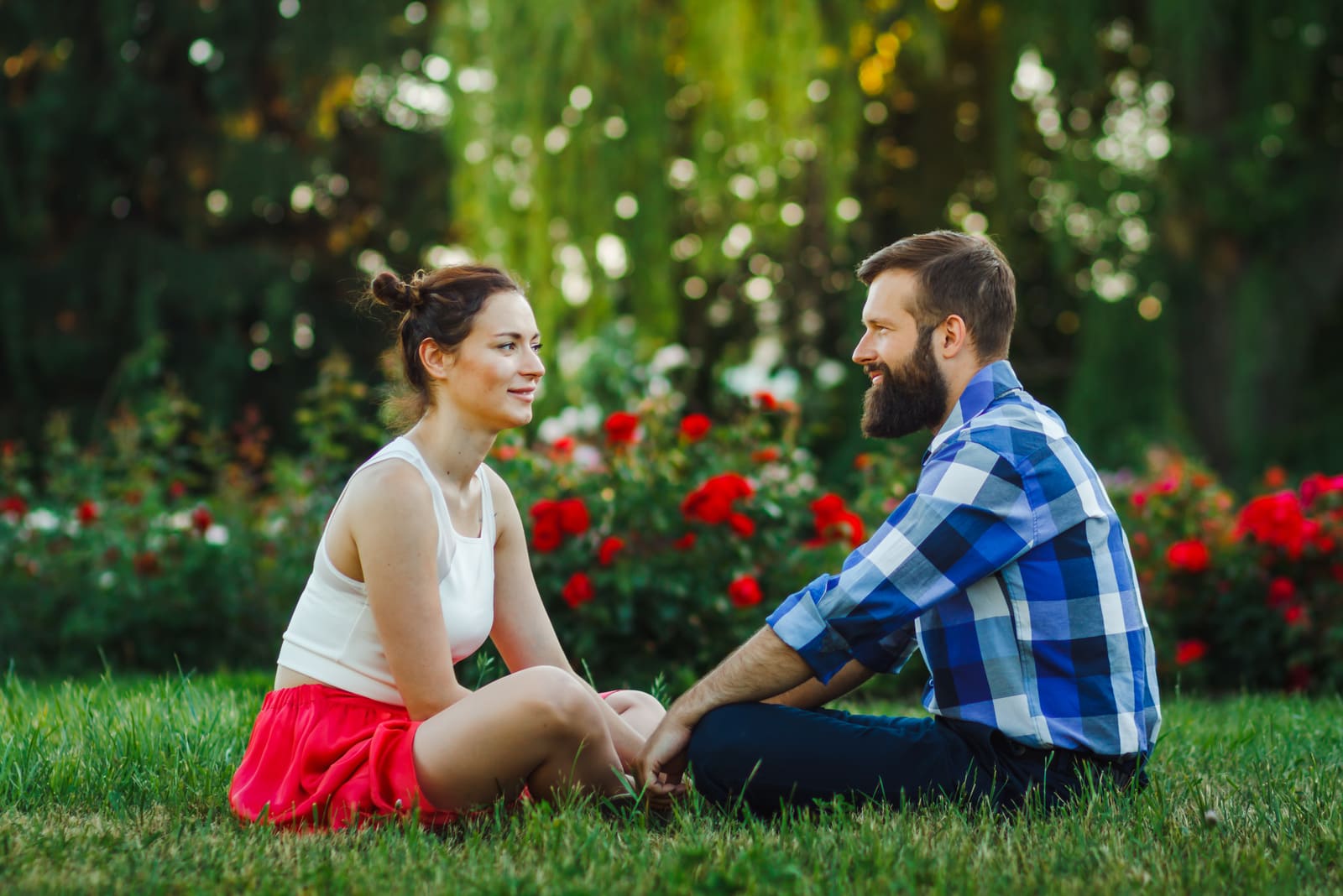 If you want him to go on some beauty program with you, he’ll go. Single dads are extremely adaptable when it comes to all kinds of life situations.

It is because parenthood has taught him to assimilate even the most difficult situations and get the best out of every moment in their life.

So, if you want to try new sex position, there’s no need to be afraid that he will find it annoying or that he will not want to cooperate.

You have to possess certain traits in order to exhibit certain behaviors. 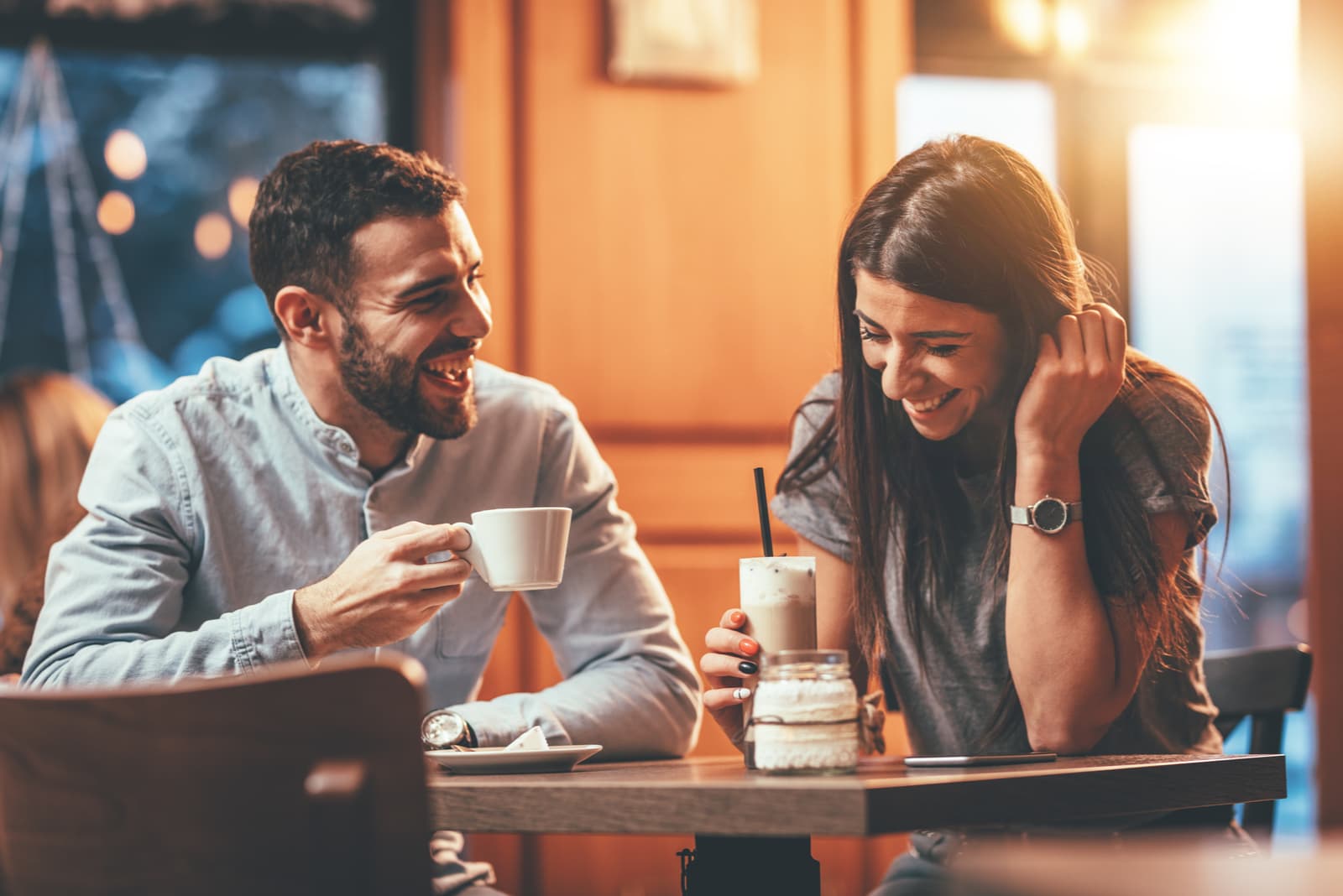 Single dads have a great sense of humor so be sure that he’ll make you laugh your ass off just when you need it.

He will never take himself seriously because being a parent requires being on the same level as your children if you want them to listen to you.

His humorous side will always make your day and when you’re feeling down he will always know how to cheer you up so you can forget about all of your problems.

And who wouldn’t want such a man? 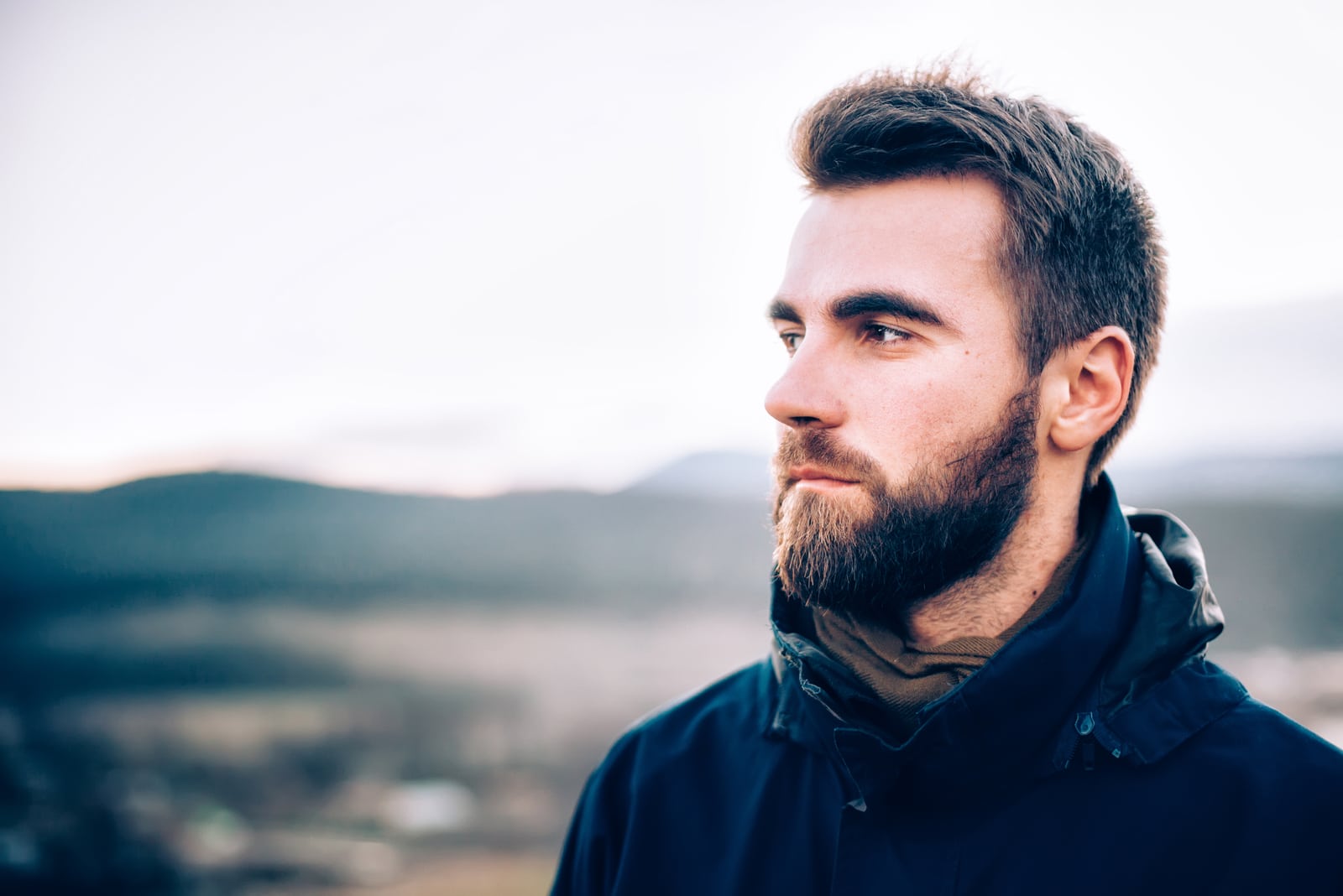 Unlike narcissists, players, commitment-phobes and selfish men, a single dad is the total opposite.

He is emotionally mature and this can be seen in his every thought and action.

He won’t have any problem telling you how he feels or if something is bothering him because he’s not afraid of appearing vulnerable in front of you.

Emotionally mature men are real gems and single dads are just that.

They don’t even have to try hard to express their emotions in a perfect way because this comes naturally to them.

It has become their second nature to shower you with love and all of those cute gestures that will show you the charms of their ultimate love.

11. You can have deep conversations with him 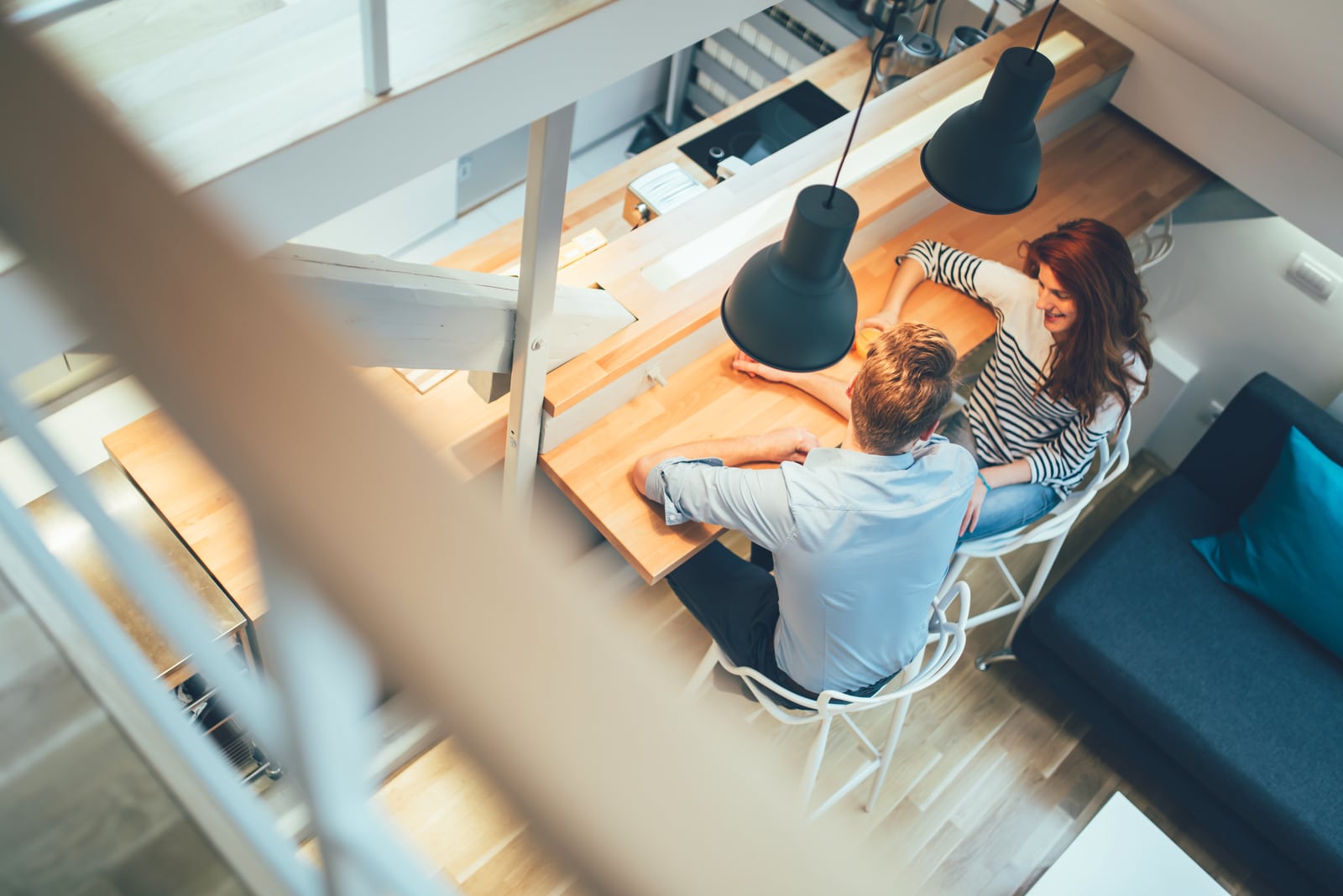 Having a deep conversation with your partner is of ultimate importance and it is something you should demand.

Lucky you that single dads don’t have any problem with it.

You can talk to him without fearing that he will judge you for your overly philosophical skills or wittiness.

On the contrary, he will be more than pleased to engage in a meaningful conversation with a woman he really likes.

And believe me, there’s a huge difference between dating someone whose greatest philosophical topic includes sowing potatoes and dating someone with whom you can analyze the meaning of life and the greatness of the universe.

12. You may fall in love with his children as well 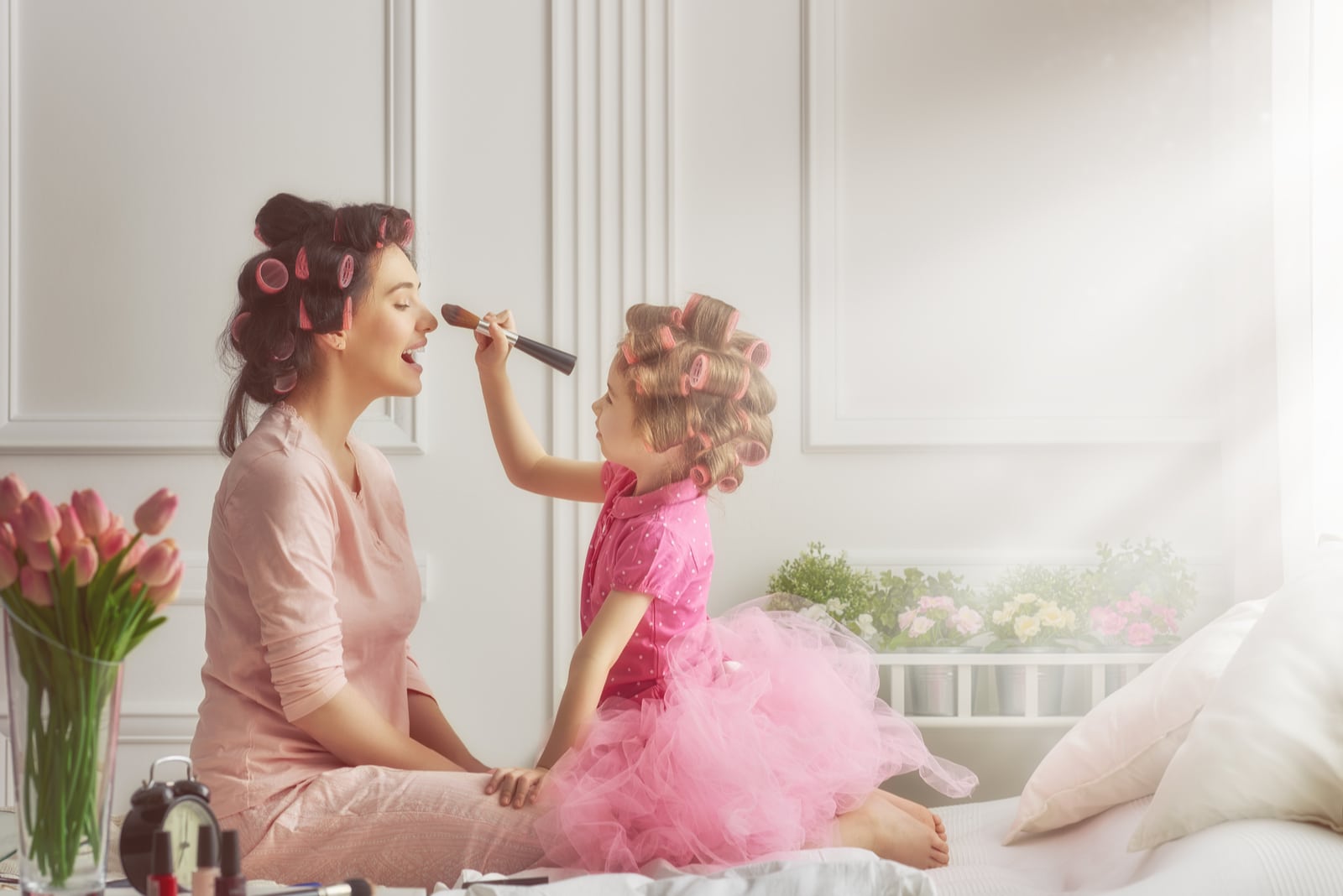 Dating a single dad might be an opportunity to multiply your love.

You may not just fall in love with him, yet with his children as well and there’s no greater feeling in the world than being a part of one big, happy community.

His children will be like your own children and be sure that you’ll be showered with enormous amounts of positive energy that will ultimately change your life for the better. 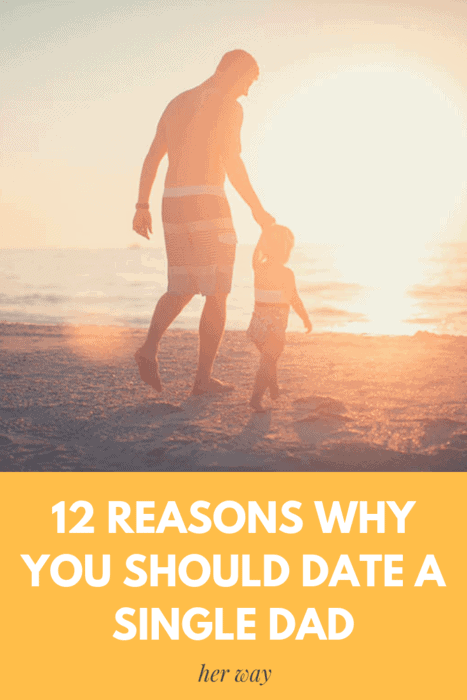