The beautiful part of every relationship is the process of it evolving and slowly shifting into something different, exciting and more serious.

And every romance has the potential to become a story for the ages.

If you’re with the right man, there is no doubt you’re going to eventually evolve to the ultimate stage of a relationship where absolutely everything seems perfectly comfortable.

There is nothing you can’t say in front of him and vice versa.

You’re not afraid to get visibly annoyed when he leaves the toothpaste cap off yet again.

And if you’re going through something, you’re no longer afraid that telling him will scare him away.

With time, he totally becomes your number one person in life. Everything feels better with him around.

But it takes time to get there. So when you finally realize you’ve reached that final destination, there’s a sense of relief and serenity.

He’s your guy. He’s the one you’d call at 3 am if you were drunk and in desperate need of a ride. 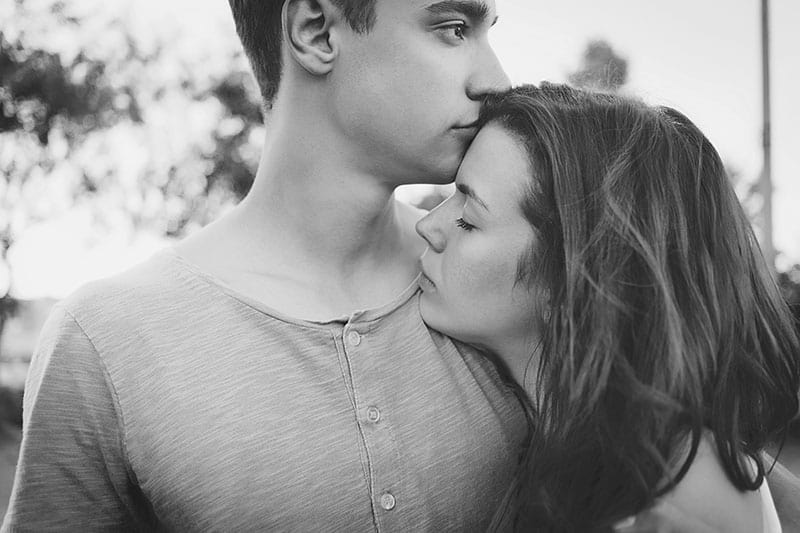 He’s the one you’ll vent to when your sister is being a real pain in the ass.

And knowing you can do and say anything in front of this guy gives you such hope for your future that it makes you wake up every morning and almost burst into song!

The final factor in deciding whether you two are legit or not is your communication via text.

You know what I’m talking about here!

Remember those first few weeks where your heart skipped a beat every time he’d text and you’d make sure to always sound as appealing and cute as possible?

You made sure to never sound too clingy but still totally interested.

You checked every single sentence a million times before hitting ‘send’.

And you’d be in panic mode if you realized you had a typo you only noticed after he got the text. Yikes!

But once you stop caring about all of the above and just text him the way you would your best friend, only then are you two officially serious about each other.

If your man has these 4 texting habits, you can finally relax, because it means he is completely comfortable with you.

Contents show
1 1. He uses his favorite emojis over and over
2 2. He finally starts leaving typos (which he never used to do)
3 3. He texts you about the most random things during the day
4 4. You have created a texting ritual

1. He uses his favorite emojis over and over 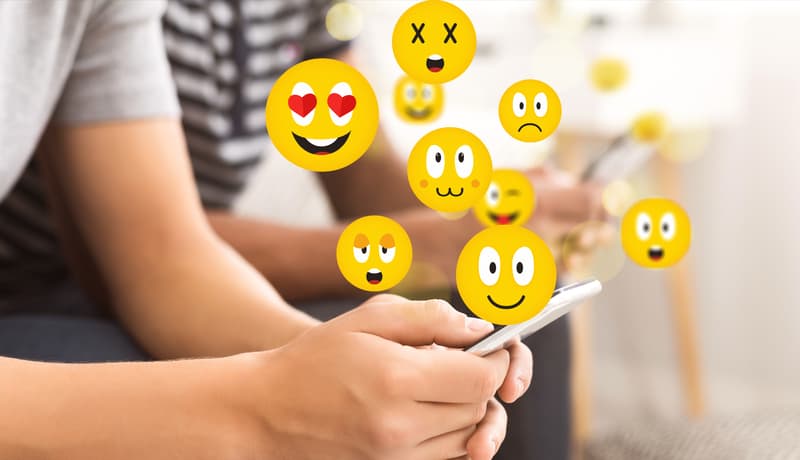 This might seem strange to you but hear me out.

When you’re starting to see someone new, texting is always a way to impress and make them see you as this fun, exciting and interesting person to talk to.

So you’ll always search for new cool emojis that go along with whatever you’re saying in a text.

You really want to sound funny and totally on point so you care about these things more than you probably should.

So you can see how reassuring it is if your man is finally using his three favorite emojis over and over again.

It means he no longer worries about finding the perfect one and he is comfortable using his favorite ones as many times as he wants.

He knows you well enough to know that this is the real deal.

2. He finally starts leaving typos (which he never used to do) 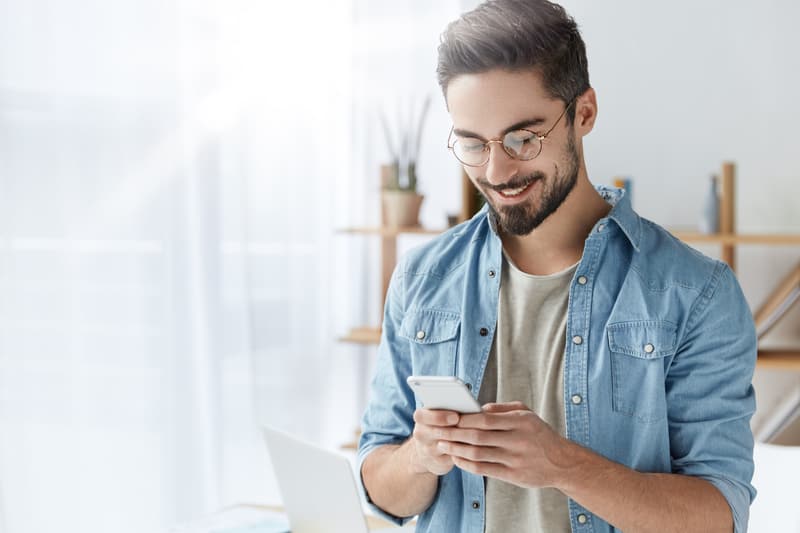 You know as well as I do that when you’re in the beginning stages of a relationship, leaving a typo would give you a minor stroke (j/k but you get the point).

You check every text a bunch of times to make sure everything is perfect.

But when you’re finally okay with leaving a typo here and there and eventually stop caring altogether, it means you’re nearing that final stage where you’re becoming more serious and therefore comfortable with each other.

Basically, the more typos you get, the more he’s comfortable with you.

And isn’t that a funny (yet totally accurate) thing to realize?

3. He texts you about the most random things during the day 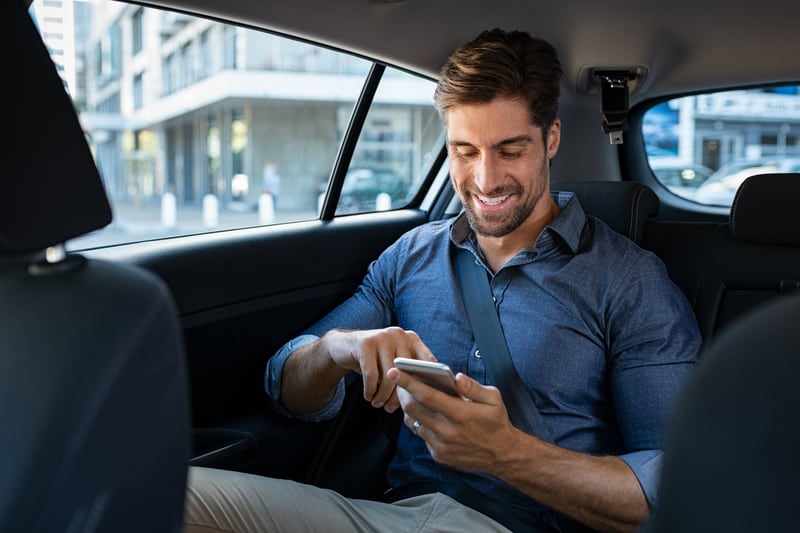 Isn’t it so cool when your man thinks of you for no other reason than wanting to share something totally random with you?

I don’t know about you but I don’t just text anyone about random facts.

It’s got to be someone I’m super close to, who won’t think I’m being weird.

So if your guy texts you out of the blue that he just found out something that totally blew his mind but is not something you’ve ever talked about before, it means you’re the first person he tells things to!

And that for me is just the best feeling ever.

He is finally texting you about anything and everything and you’ve become such a constant in each other’s lives that it would be weird not being able to text him that you just saw the cutest doggo on the street!

4. You have created a texting ritual 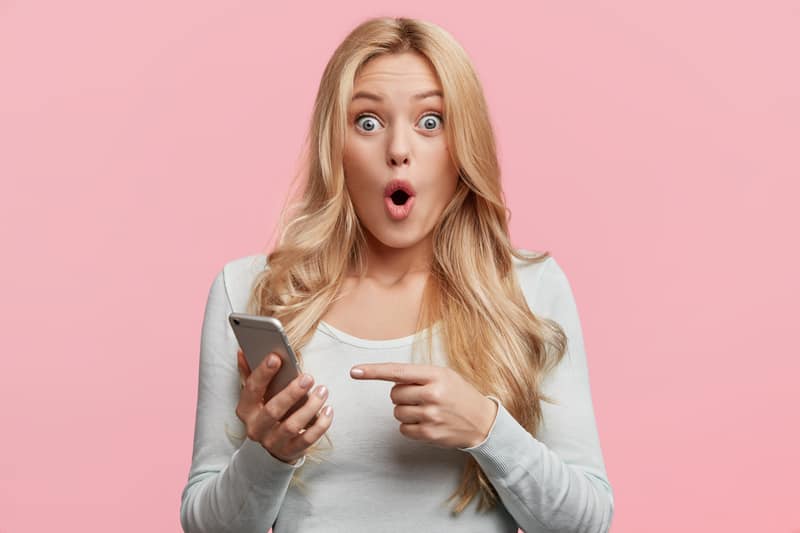 And it feels freaking fantastic. You didn’t even deliberately do it.

It just sort of happened as a result of constantly texting back and forth.

It could be a ‘good morning’ text that has become second nature or it could be a 4 pm text that brightens your day as you’re about to go home from work.

It could be any little thing that you’re true to because it has simply become a must in your life.

And now, you can’t imagine it any other way.

Your mornings wouldn’t be the same without his, ‘’Morning, gorgeous!’’ text and your nights would be lonely if you didn’t have him to text as you’re dozing off to sleep.

Whatever little ritual you have, it’s sacred to you and you feel so damn good about it.

And the best thing is, he seems even more committed to it than you

And knowing he’s a constant in your life in every little way is the best feeling on earth. 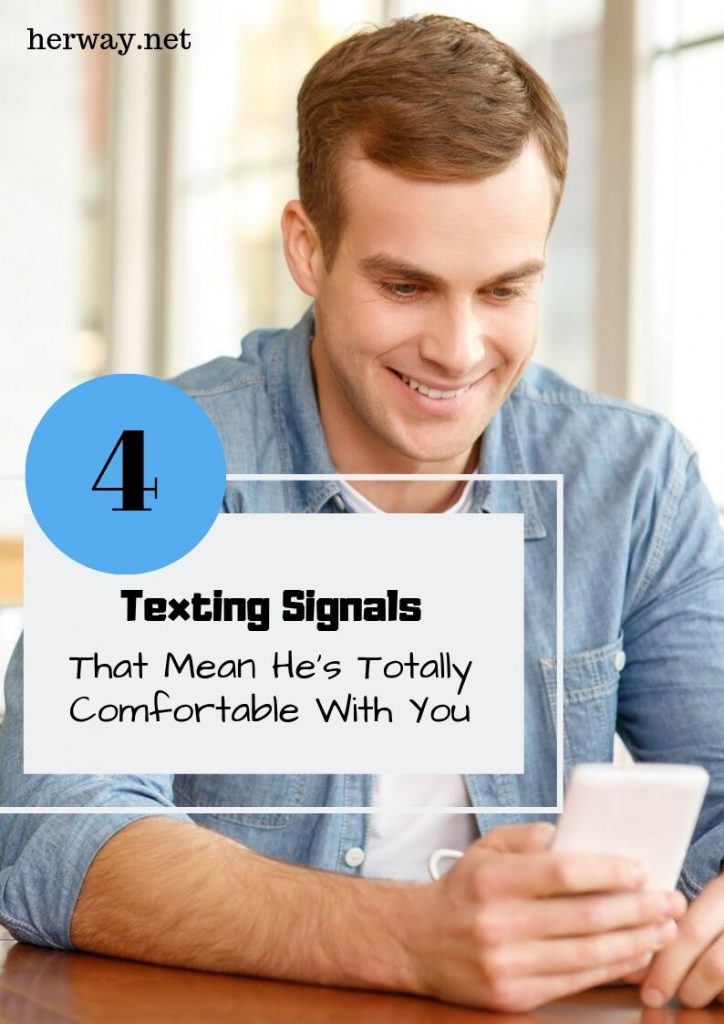