Why Dating A Gamer Is Actually The Best?

If you’re dating a gamer guy or are simply wondering what it would be like to date a gamer in real life, this article is going to make you see all the fabulous perks of dating one!

I know, at first glance, you’re probably wondering what it is that’s so appealing about dating somebody from a gaming community, but let me tell you something.

Having a gamer boyfriend is so much more awesome than you think!

Yeah, there are a lot of single gamers out there, but that doesn’t mean there’s anything wrong with them.

Quite the contrary actually. Forget about all those dating sites and dating services. Go date a gamer, and see what the fuss is all about.

Sure, they spend lots of time playing video games on their Xbox, such as World of Warcraft, League of Legends, Diablo and a bunch of nerdy  co-op games, but they also all share a bunch of awesome qualities that make them amazing boyfriends! 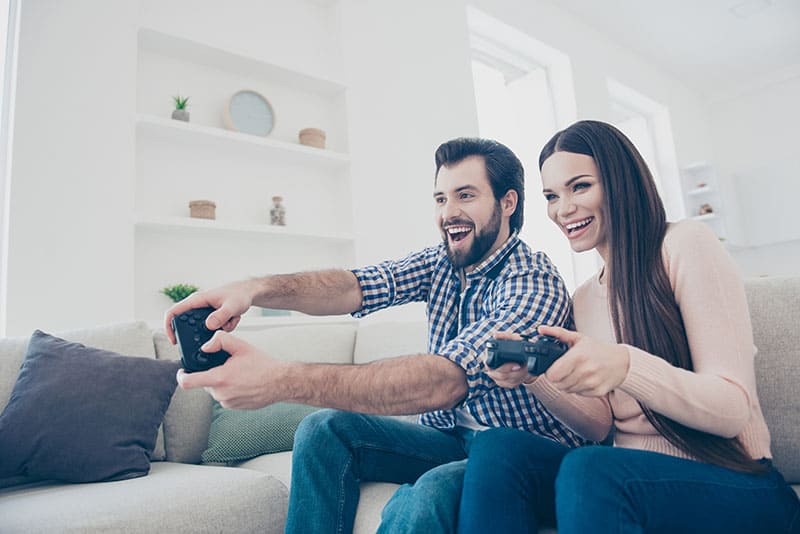 Rather than searching for the perfect guy on various online dating sites and being annoyed by their matchmaking system, give the geek next door a chance to woo you, and see all the perks of getting into gamer dating firsthand.

They have lots of free time (which is awesome for you!).

They are committed, kind, and fight for what they want.

You can always count on a  gamer guy to stay devoted to something/someone he loves, and he is actually a real flirt in disguise.

Dating this dude is a win-win.

But don’t take my word for it. Here are some truly awesome and reassuring reasons why dating a gamer is the best decision you can make!

Contents show
1 1. You always know exactly where he’s going to be
2 2. Winning is his priority
3 3. He is going to fight for you no matter what
4 4. He is sort of like a mature version of a kid
5 5. He is very driven and ambitious
6 6. He’s extremely tech savvy
7 7. He will give you your space without you having to ask
8 8. He is really smart and resourceful
9 9. He does great as part of a team (especially under pressure)
10 10. He is really low-maintenance

1. You always know exactly where he’s going to be 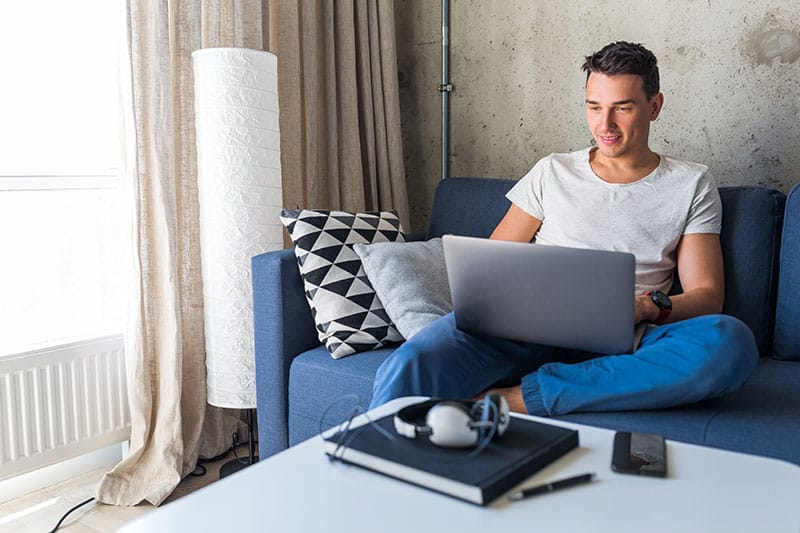 Dating this guy is going to be SO low-maintenance.

Being able to play video games all day long is something he dreams of, so you’ll never have to worry about him running off for hours on end.

He’ll be right where you left him—in front of the screen, of course!

But one thing he’ll always have time for is you. Imagine the passion he has for anything gaming-related.

And now imagine his passion for the girl of his dreams.

Awesome, right? He’s going to hold you dearly, and you’ll see why you should absolutely date gamers.

They are sweethearts at heart! The best dating sites can’t find you the affection this guy is going to show you.

2. Winning is his priority 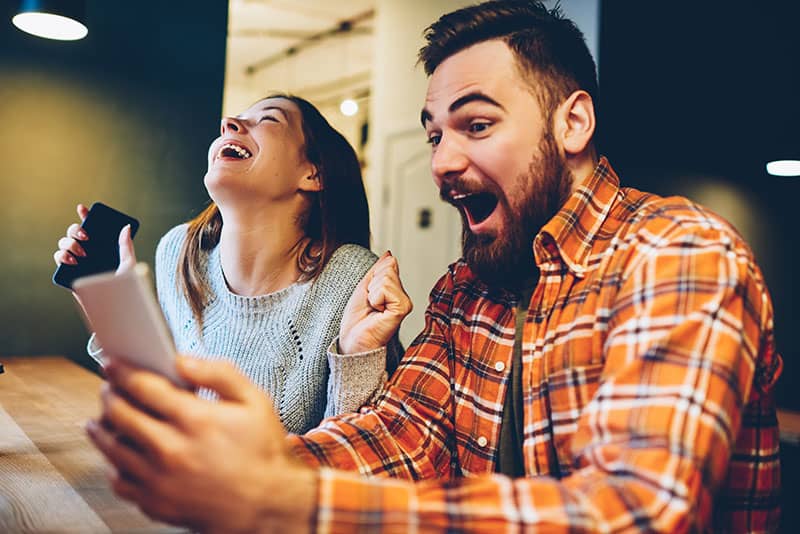 If playstation has taught them anything, it’s that winning is a must. They ALWAYS find a way.

And this translates really well into their relationships. Your gamer boy is going to make sure you’re always happy.

And if there’s anything bothering you, he’s going to take care of it for you.

Gamers are really ambitious and driven to find a way in every seemingly impossible scenario, so you’re going to be blown away by his commitment to you.

Just watch! And you might even learn to love the gaming world so much that you’ll actually become one of those awesome gamer girls you never thought you’d be!

3. He is going to fight for you no matter what 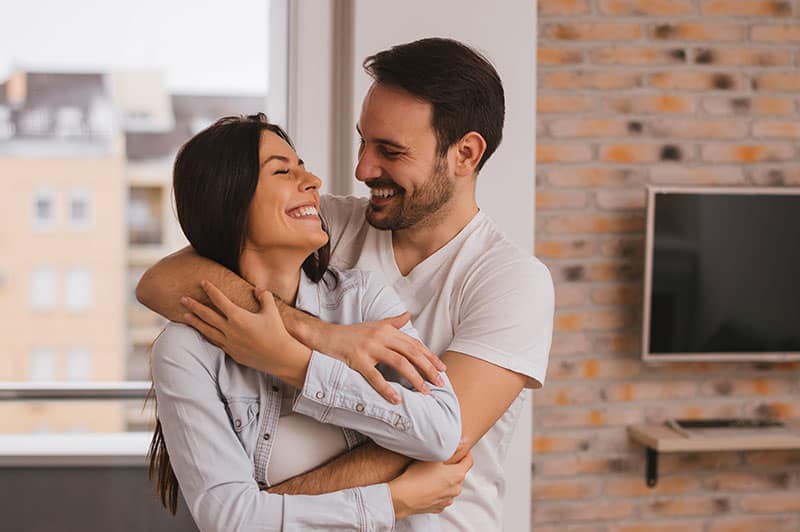 The dating game with this guy is something out of an action movie (but in the most badass way possible!).

He is so used to fighting in his video games, that it sort of becomes second nature to him.

But definitely not in a violent way. Simply in the sense that he won’t lose you easily.

If he ever sees you slipping away, he’s going to hold you tight. If he senses something is wrong, he’s not going to back off.

Instead, he’s going to face it head on and fight for your love.

He is so used to things not going his way, that fighting fiercely for what he wants comes naturally to him.

And that is what makes dating a gamer the best thing ever. In him you’ll always have a rock.

4. He is sort of like a mature version of a kid 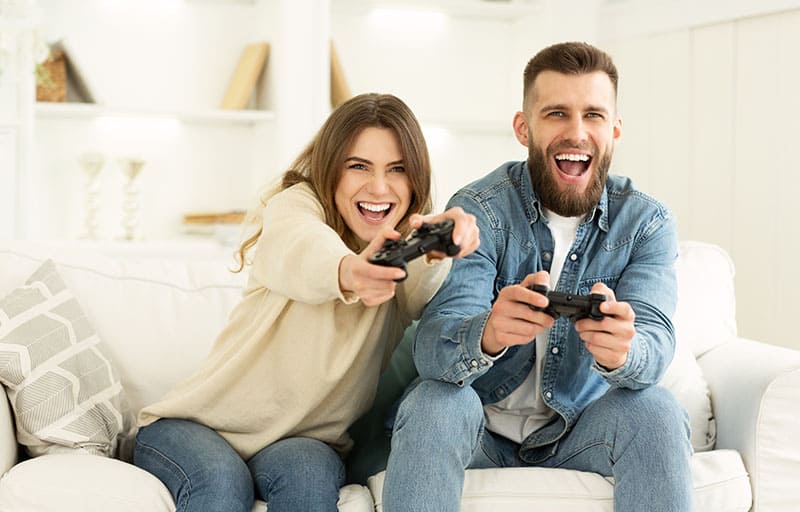 A gamer doesn’t take himself too seriously. He’s nothing but a big kid at heart. And that’s what makes him so appealing.

His sense of humor is usually spot on, and he is completely down to earth and chill.

He won’t make a big fuss about anything, and he’ll approach every problem with a positive attitude.

You’ll be able to play games with him (if you learn to love them, of course), laugh with him, and spend lots of quality time talking, sharing, and catching up.

There will be nothing but good vibes coming from him, and that’s what makes hanging around gaming dudes so relaxing and inviting.

5. He is very driven and ambitious 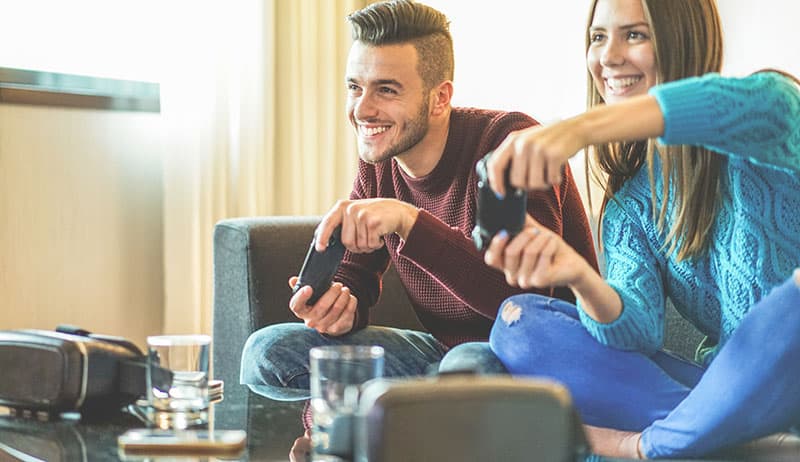 Just because he likes to play games a lot does not mean he’s a lazy couch potato.

Playing video games actually teaches him to persevere until he succeeds.

And this is why he’ll always find the simplest way to any problem he faces at work.

See? Gamers really profit from their hobby. It teaches them ambition, drive, and perseverance.

And aren’t those the best qualities to have in a boyfriend? Not to mention how awesome he’s going to do at work.

Ultimately, being and dating a gamer guy is a complete win-win for all involved. 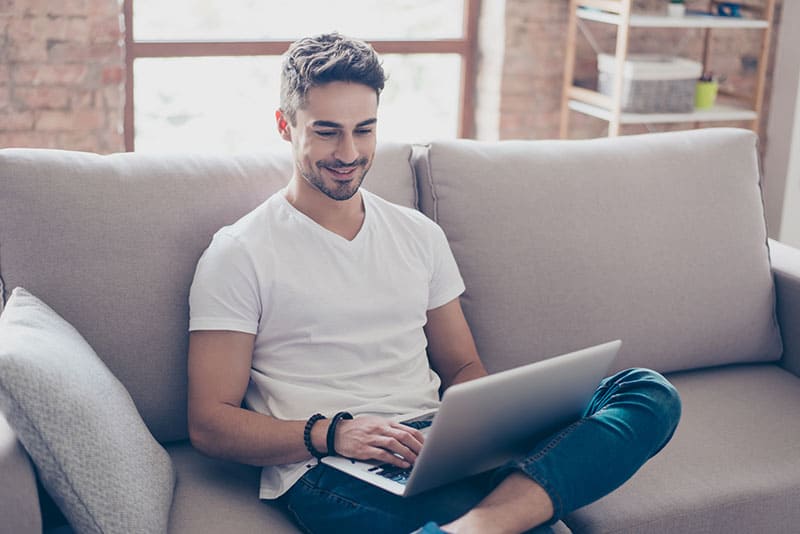 Here is another perk of dating a gamer guy (they just keep coming at you!).

If you’re not the best with technology, you always have your man to call on. Need your PC fixed?

Not a problem. Your TV is making a weird noise? Not for long! He’s like your own personal handyman.

And the best thing is, he does it gladly! He loves being of service to you, so you’ll never feel like you’re imposing.

Any trouble you may have with anything tech-related, you’ve got your guy to fix it for you and maybe even teach you a thing or two.

7. He will give you your space without you having to ask 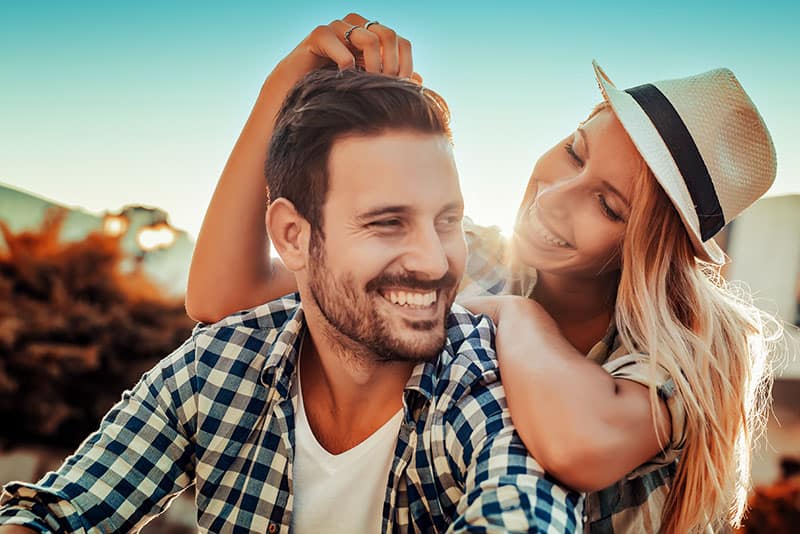 He understands that everybody needs a bit of their personal space, and he will totally respect that.

After all, he needs it too, and that’s why he’s going to understand it from your perspective as well.

They love a few hours a day completely to themselves to catch up on their video games, and they always appreciate a partner who knows and understands that.

And this is the same thing he’s going to do for you. Go out with your girls, have a manicure or visit your folks.

He won’t make a big deal of it at all. And that’s why you two are going to make the most awesome couple ever.

8. He is really smart and resourceful 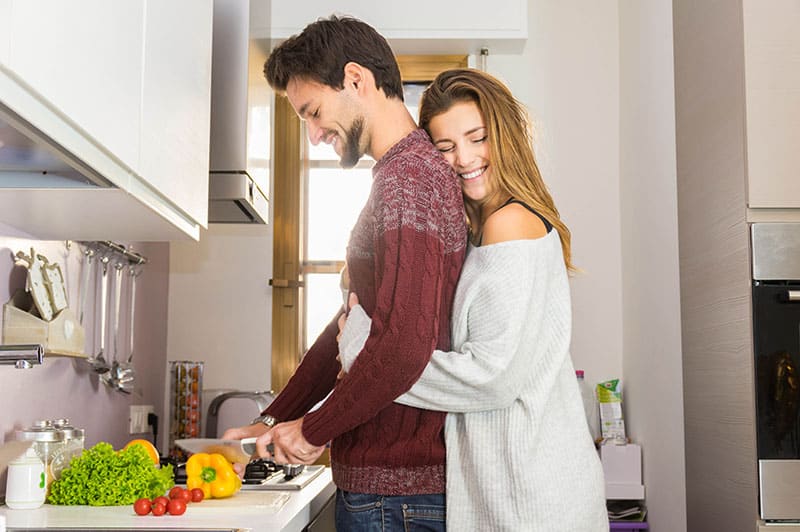 Playing different kinds of games for huge amounts of time makes them learn a lot.

They spend all their time solving problems, and this helps them in real life too!

They learn a whole new vocabulary, which comes in handy in the most unexpected ways.

Another thing—they know the most random things ever.

He’ll just surprise you at times with the random but useful facts he’ll spew out and leave you blown away!

Dating a gamer is a wild ride but in the coolest way ever.

9. He does great as part of a team (especially under pressure) 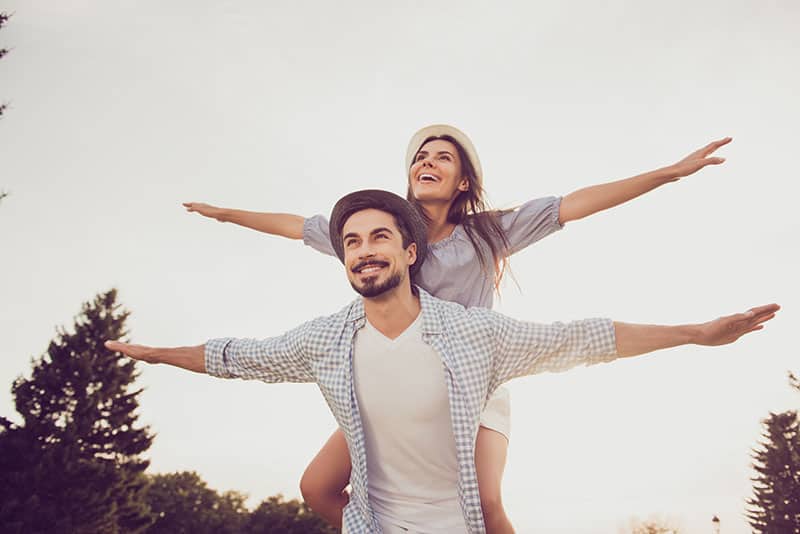 This means he works great with people. Gaming often means playing in teams and that is a skill not many people have, but he does.

He’ll find a way to make his team better and find a solution for amy problem the team might face—and especially if he’s under pressure.

There’s nothing he can’t handle because games make him go through all kinds of tough ordeals.

This is awesome in both the gaming world and in real life.

Knowing how to handle people and be part of a team is a very attractive ability, and if your man is great in that department, it only means he’s going to work even better as part of a duo!

10. He is really low-maintenance 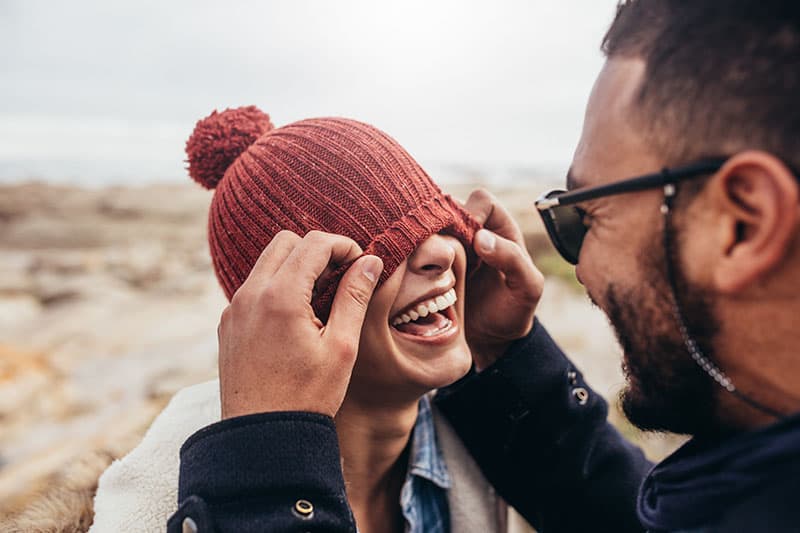 This guy doesn’t need much to stay happy. Give him a playstation, food and drink, and he’s good to go.

As a boyfriend he’s the best. He won’t need you to move mountains for him. All he needs is your presence and your time.

If you understand him and the love he has for his hobby, he’ll do the same for you.

You’ll spend a lot of time together in an intimate atmosphere, doing whatever you want.

He doesn’t need to go to fancy dinners or plan huge surprises. You are all he needs. And he is going to make you feel that in every fiber of your being.

Gamer guys are the biggest sweethearts with the best sense of humor. And any girl would be lucky to have one by her side. 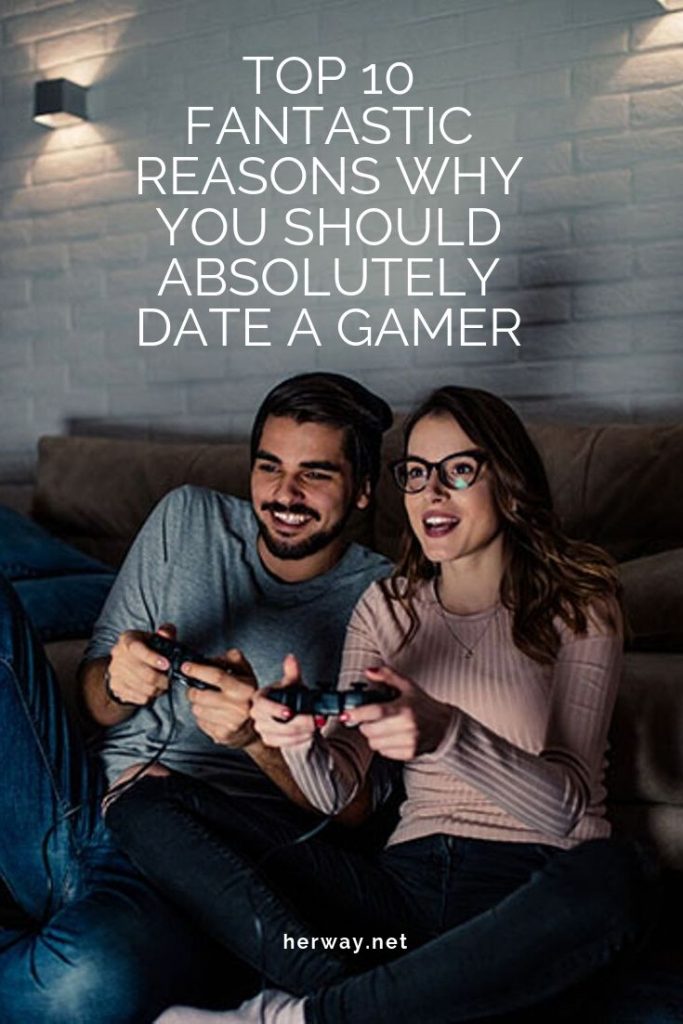