Even if he is the hottest guy you’ve ever seen, never ever let him or anyone else take you for granted.

Life is really short and spending it with someone who has to think twice about being with you is simply crazy.

Maybe you don’t think of it that way, maybe you think he’ll change in time, that he just needs time to set his priorities and get his life in order but what you don’t take into account is that time flies by much faster than you think and with just the snap of your fingers, you’ll find yourself crying over a life wasted on a man who never gave all of him.

Say goodbye to mixed feelings in your relationship simply because you, my dear, deserve so much more than that.

I know that getting rid of a person who meant something to you is not an easy thing to do but when you look at everything you might miss out on because you’re wasting time with a man who doesn’t deserve you, it’s better to end it now.

Here are the reasons why you have to let him go because he is a bit unsure about you:

Contents show
1 He wants to break up but doesn’t have the courage
2 What happens when he gets the courage?
3 There are other men out there
4 Even when he’s with you, you’re not getting all of his attention
5 Relationships are hard enough even with the right person

He wants to break up but doesn’t have the courage 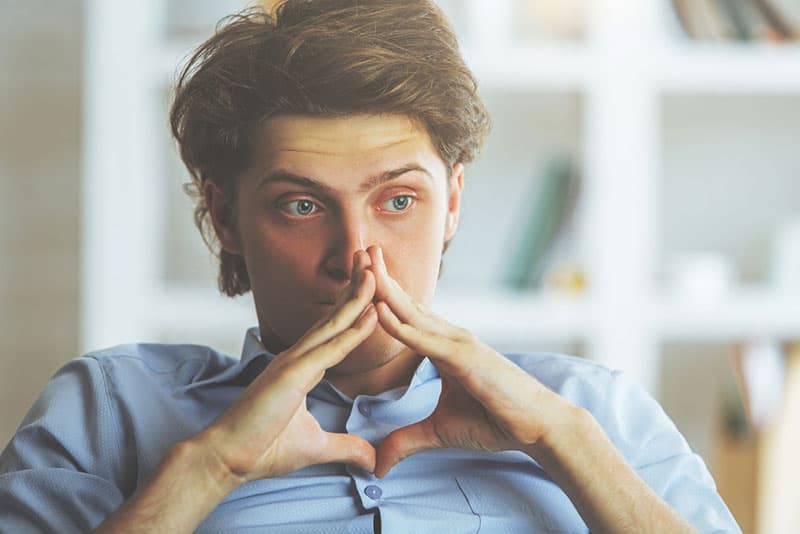 You have to do his dirty work for him.

You have no other choice if you want to get out of that relationship while you’re still pretty normal and pretty sane.

His feelings for you have probably changed but he doesn’t have the courage to admit it, so he strings you along.

Or the other possible reason why he hasn’t broken up with you is that he needs you.

We all have moments when we feel vulnerable, needy and alone.

In those moments, we look for company or the closest thing we have to love to comfort us.

That’s what he does. He chooses to go to you because he doesn’t want to be alone.

In those moments, you’re more than enough for what he needs. He goes back to you, you take him in and you connect.

But what happens when he’s in a period of feeling strong and secure? In those moments, he becomes unsure about you once again.

He questions if you are the right person for him.

This is why you should walk away from that relationship. If you stay, you’ll continue living through periods of happiness followed by periods of pain.

Do you really want your happiness to depend on the emotional state he is in?

What happens when he gets the courage? 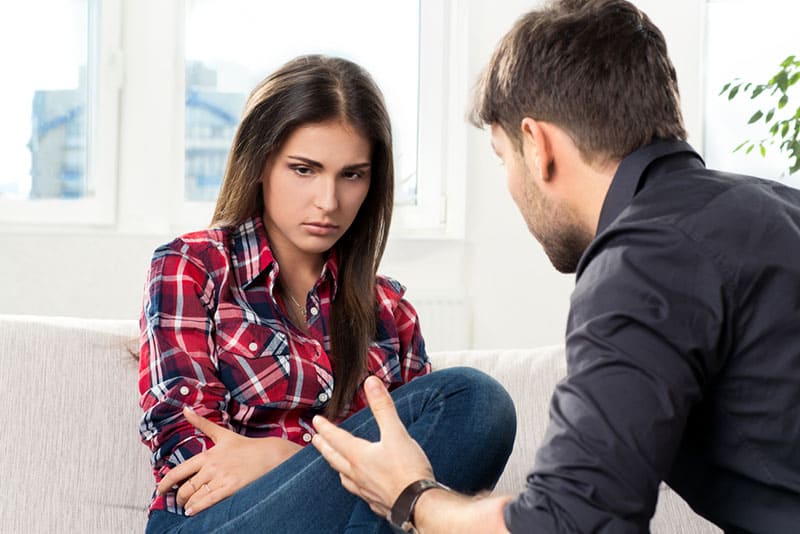 You get your heart broken and he walks away from your relationship without a single worry on his mind because he’s been feeling like doing this for a long time and now he has finally done it.

If only you were quicker… it wouldn’t cost you the tears and the broken heart. Think about it.

Why would you wait to get dumped in the vain hope of him coming around? You’re risking your life from that point on.

The fact of who dumped who has everything to do with this case. Don’t be stupid by taking the bullet which you weren’t supposed to take.

There are other men out there 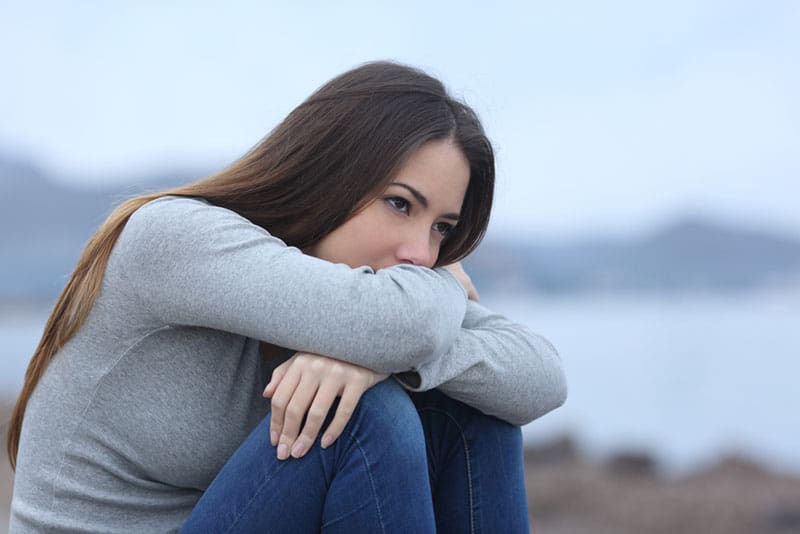 Why waste your life on someone who sometimes loves you and sometimes doesn’t?

By staying with a man who is unsure about you, you’re unconsciously depriving yourself of meeting a man who’ll be all in when it comes to you.

He won’t have moments of doubt, he’ll never question your love for him or his love for you.

Even when he’s with you, you’re not getting all of his attention 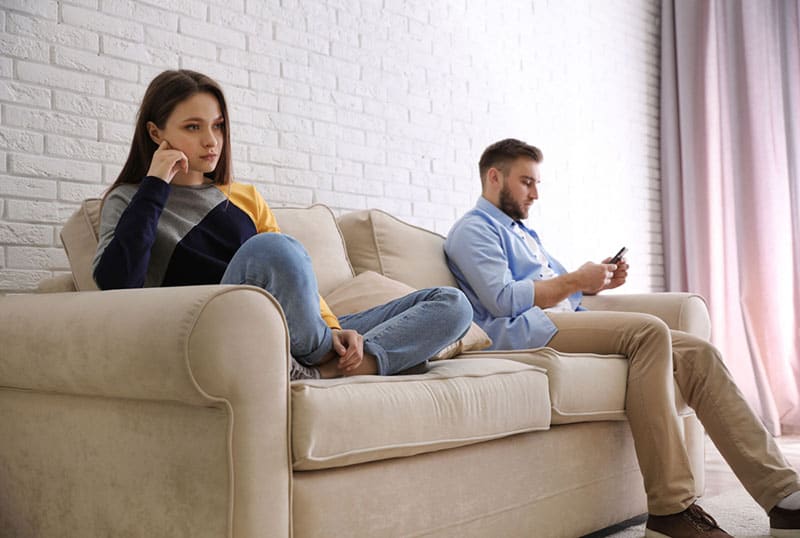 A man who is not sure about you is not in the relationship all the way.

He is never fully present, nor does he invest any capacity into building what you have to be better and stronger.

There are things that people do for each other because of love, things that they don’t feel like doing but they do anyway just to make that person happy.

The man you’re dating won’t sacrifice his time, nor will he put more effort into doing something he doesn’t feel like doing, even if it means you’re going to enjoy his gesture.

He doesn’t care enough for you to go the extra mile.

A man who isn’t sure about you will always keep you at arm’s length. He will hold back his feelings and he will never fully open up to you.

The worst part is that you think everything is okay.

You think that this is what a relationship is supposed to look like.

It’s like you’re used to getting so little because no one showed you how much you’re supposed to get.

When you think about this situation from an objective point of view, you’ll realize that his behavior is not fair.

He’s taking advantage of you, your time and your love.

Relationships are hard enough even with the right person 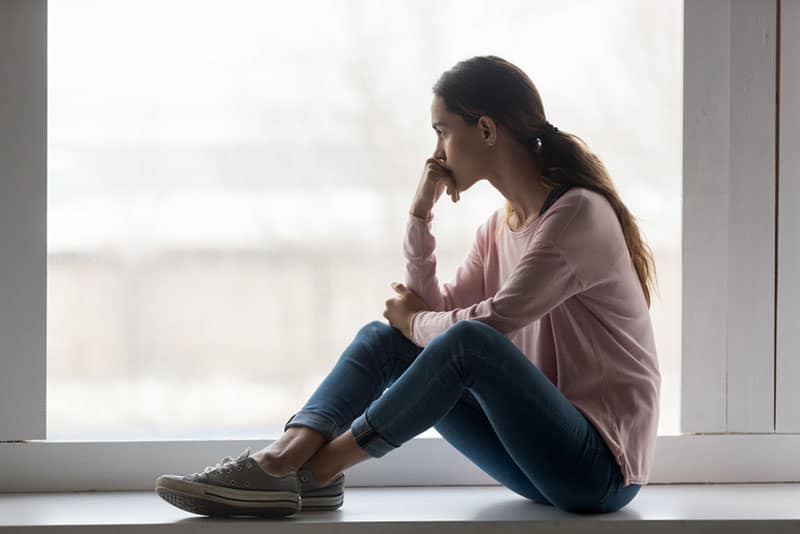 Even if you find the right person, that relationship needs work, too.

It’s not so easy to include someone in your life even if they are the person you’ve been waiting for.

It takes a lot of compromises and effort to make things work.

The harder you try, the happier you’ll be.

Relationships are pointless if you’re not trying to be everything your person needs. Being just enough won’t cut it.

Trying hard and becoming just enough will drain you and you’ll get to the point where you won’t be able to keep up anymore.

Look, there will always be a time when your man is going to be at a weird place in his life.

He will always be unsure about something because he isn’t in the right place or he is dealing with something that is too much to handle.

But you know what? Those are his problems and if he’s the one who has to deal with them, it’s only fair for him to let you go.

You are not put on this earth to entertain someone. You won’t give your love and your energy to someone who doesn’t appreciate either and uses you instead.

The time has come for you to ask yourself: “And what about me?” 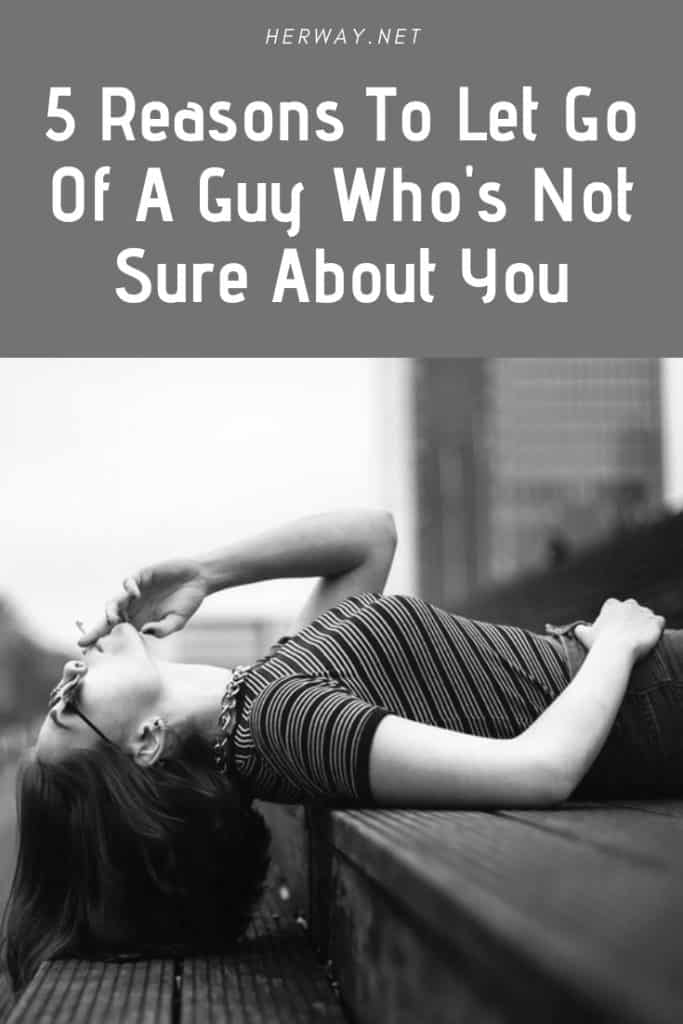