Everyone has experienced at least one fake friendship in his life. It’s normal. It happens all the time that people pretend to be friends with someone just to get something from them.

Unfortunately, it’s a very usual thing. And, to be honest, it’s a really shitty thing.

Those kinds of people don’t have any conscience and will never be able to truly love somebody—not to mention the number of people they will hurt in their life.

Nobody expects to be hurt by someone who’s their friend. That word has a huge value to people. A friend is like a family member you choose and love without any conditions.

Those kinds of friends exist. But, it could be that you haven’t been that lucky to find them yet.

Here are the signs that could help you detect a fake friend more easily. Once you do so, then definitely break up with a friend like that.

Do it for your own good. Having zero friends is better than having fake ones.

Contents show
1 1. They call you only when they need something.
2 2. You don’t hang out with them that often.
3 3. They talk and talk and talk.
4 4. You always go to the places they choose.
5 5. You don’t feel like yourself when you’re around them.

1. They call you only when they need something.

You never get a text that simply says ‘How are you?’. That’s not their style. They will ask you that sometimes but will never expect the answer.

They don’t care how are you. That could only be an intro to what they’re going to say next.

You can guess—they’re going to ask you for a favor. And they won’t take ‘no’ for an answer.

They will insist that you make time for them because they secretly think that whatever you’re doing in your life is not that important. They expect you to be there when they need you.

If you’re not there, then you’re not a friend. They treat you like you owe them something and they will never let you off the hook if you don’t pay off your debt.

2. You don’t hang out with them that often.

They don’t care about going out with you. They call you for a drink from time to time only because they feel obligated to go out with you.

Not only that they lead the conversation, but they can’t stop talking. The only topic they talk about is something that’s bothering them.

Of course, they’re not going to ask if something’s bothering you. They won’t even ask for your opinion about their problems.

You are there to listen and nothing else. Basically, you’re giving them a free therapy session.

4. You always go to the places they choose.

You’re going with them to the concert of the band you don’t even like?

I’m sure you’re aware that you’re being invited just to keep them company. They didn’t have anyone else to go with them, so they called you.

You are always their last option and are being used only as a plus one. You’re not joining the party—you’re there so they wouldn’t be alone.

And, of course, you will never turn down a friend. You will go with them wherever they need to go.

But don’t bother asking them to go somewhere with you because they will be extremely busy that day or even that whole week.

5. You don’t feel like yourself when you’re around them.

This is the biggest red flag that you’re spending your time with wrong people. If you don’t feel like yourself when you’re around someone, then you shouldn’t be around him anymore.

You need to be surrounded with people who fulfill you, make you happy and accept you completely. Spending time with a fake friend will never make you feel like yourself.

They will never encourage you to be the kind of a person you want to be. They will only care about you encouraging them. And just like a relationship, a friendship can’t be a one-way street. 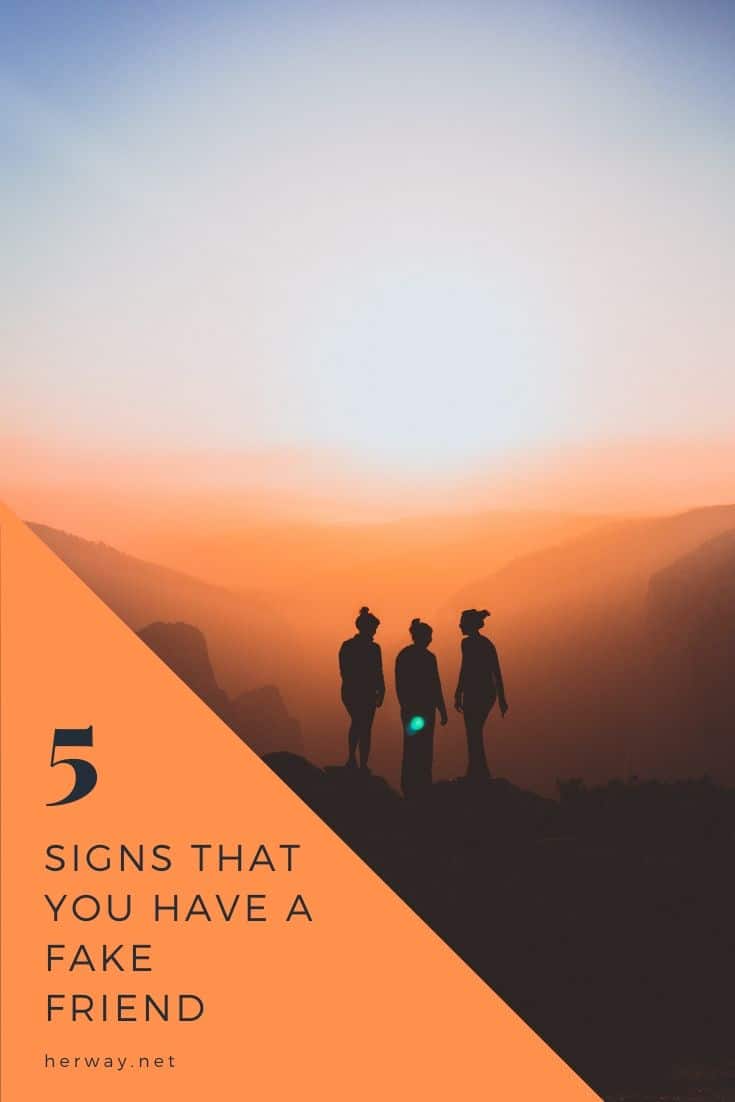