Some of you have probably experienced the feeling of disappointment when you’ve caught your man watching pornography. The only thing you could do was probably to stay still in disbelief. Then you start asking yourself questions like: Why is he doing this? Am I not good enough for him anymore? Does he even love me?

You wish someone could answer your questions, but you feel so numb that you can’t even find the words to ask any. It’s totally understandable. But, not all hope is lost.

Next time you catch him spanking his monkey, you should consider looking at the other side of the coin and doing some of the following:

No matter how hurt or mad you are, it is important to keep your cool. There’s no point in shouting or kicking him because with it, you’ll only do worse. Instead, you should stay calm and have this one thing in your mind: You are not the reason why he is doing this. They do it because it’s in their nature. I know it’s hard to understand, but if you show that it doesn’t bother you, he will think how cool and self-confident you are. Even his friends will be jealous of him.

2. Don’t ask him those questions

Just don’t. If you start pushing him to validate his feelings towards you, he will think of you as a crazy woman. They simply don’t understand a woman’s complex mind when it comes to this. In their minds, pornography has nothing to do with you or his affection for you. They think of pornography as a soothing activity that helps them recharge. That is why he will be really confused if you start verbally punishing him for something he “didn’t do”.

No one can deny that women watch pornography, too. Maybe not that frequently as men, but they surely do. Then why not simply join him? It may sound absurd, but watching pornography together can actually make you bond and create deeper understanding for each other. If you do this, I assure you that he will fall on his knees for you.

There’s no need to feel awkward about it because it’s something completely normal and enjoyable. Instead of overreacting, you’ll turn the situation into a positive outcome, and he will be grateful to have you. 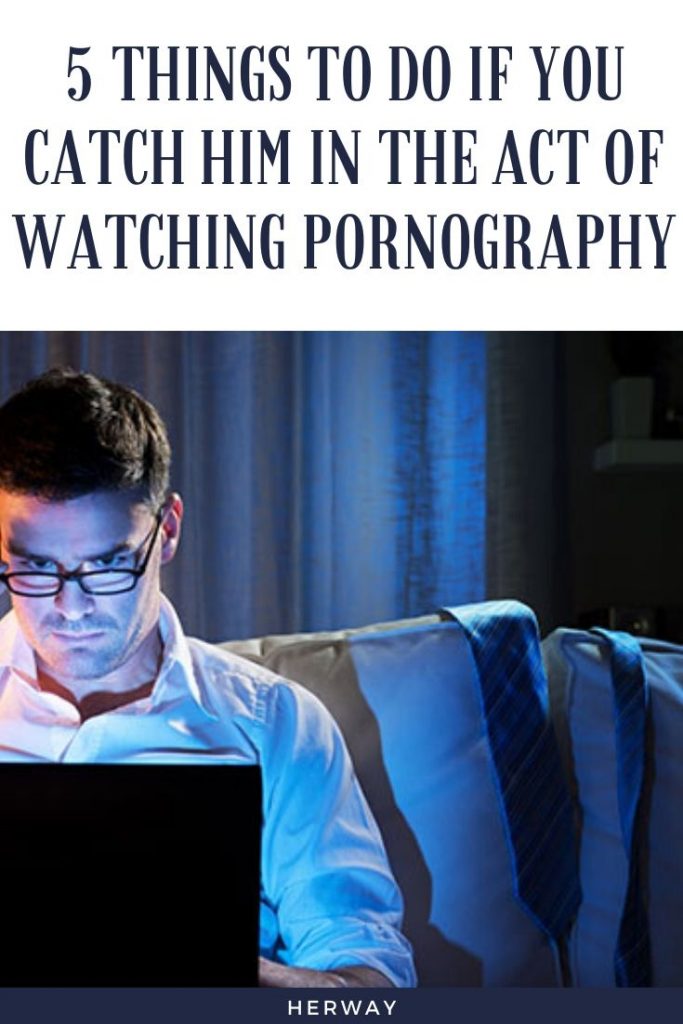 We all know the saying: Sometimes a man’s gotta do what a man’s gotta do. So, sometimes, it’ll just be wise to leave him be—especially if you’re not in the mood to join him, just walk away unnoticed (if you’re sure that he didn’t notice you). But, don’t run away to another country. Let him be. Watch your favorite show on the TV, eat some ice cream or whatever makes you happy. Once he’s finished with his activity, you can choose whether to talk about it or not. In the meantime, just chill and enjoy a moment for yourself.

5. Talk to him later about it

If all of the above makes you uneasy, sometimes a simple conversation is all that is needed. But, don’t do it when you catch him in the act. Think about what you’re going to ask him, but make sure that the questions are not implying that he should feel guilty. Try to be open for a discussion, and I’m sure you’ll come to the conclusion that it is not as big a deal as you might have thought it was.

If you don’t agree with any of it above, feel free to improvise. But, whatever you decide to do, do not act out of anger. Anger is the worst enemy you might face in this situation, while understanding is the key. 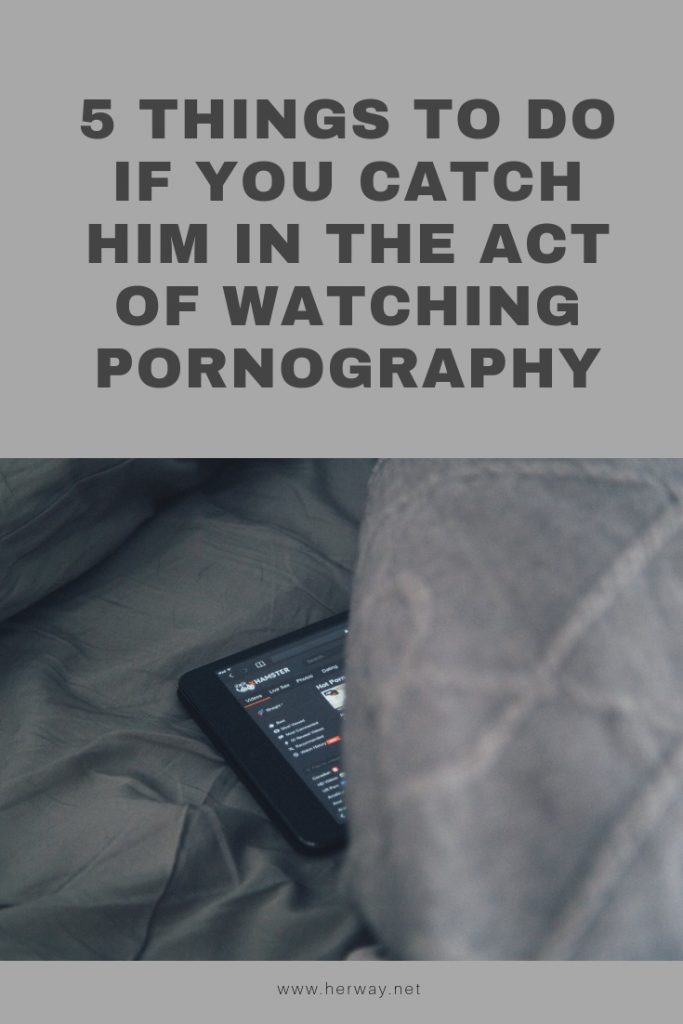