When you first start dating someone, you always watch what you say and how you behave, to leave a good impression and to not unintentionally hurt his feelings.

But when you’ve been with your man for a while, things you wouldn’t dream of saying at the beginning are now things you will say without thinking twice. And that’s okay, to an extent.

It’s normal to get so comfortable around your partner where you don’t have to watch your every word and knowing they’ll get it either way.

But sometimes, you do cross a line. Sometimes, feelings do get hurt and for good reason.

If you feel like your partner can endure whatever insult you jokingly throw at him, without explaining yourself, you’re actually wrong.

There are things you should avoid saying on a regular basis if you want to keep him and here are some phrases you should refrain from, if you want your relationship to last.

This statement is the epitome of immaturity and only little kids should be saying it, in all honesty.

It shows your lack of compassion and respect toward your partner and makes him look and feel stupid. And that should never be your intention!

Avoid saying this, as nothing positive could ever come out of this but resentment could soon signify the end of your relationship instead.

Empathy and compassion is the way to go.

A romantic partner should never use the word ‘can’t’ when talking to their loved one.

There are going to be times when you will wish your partner didn’t do a certain thing, like spending too much money on a pair of kicks or staying out until the early hours of the morning.

But telling him that he ‘can’t’ do something makes you look controlling and kind of like his parent and you don’t want that.

As much as you want to tell him that, don’t, as you really shouldn’t tell him what he can or cannot do. He is a grown-up and he should know how to make good, smart decisions himself.

Saying this to your partner is acceptable literally only if you want him to get ten times as upset as he already is. This usually does the opposite of what it’s supposed to.

Try to validate his feeling at all times. If you don’t understand where he’s coming from, ask!

But don’t make him seem irrational for having feelings and openly expressing them. Act like a mature adult and talk without judging or diminishing his feelings. 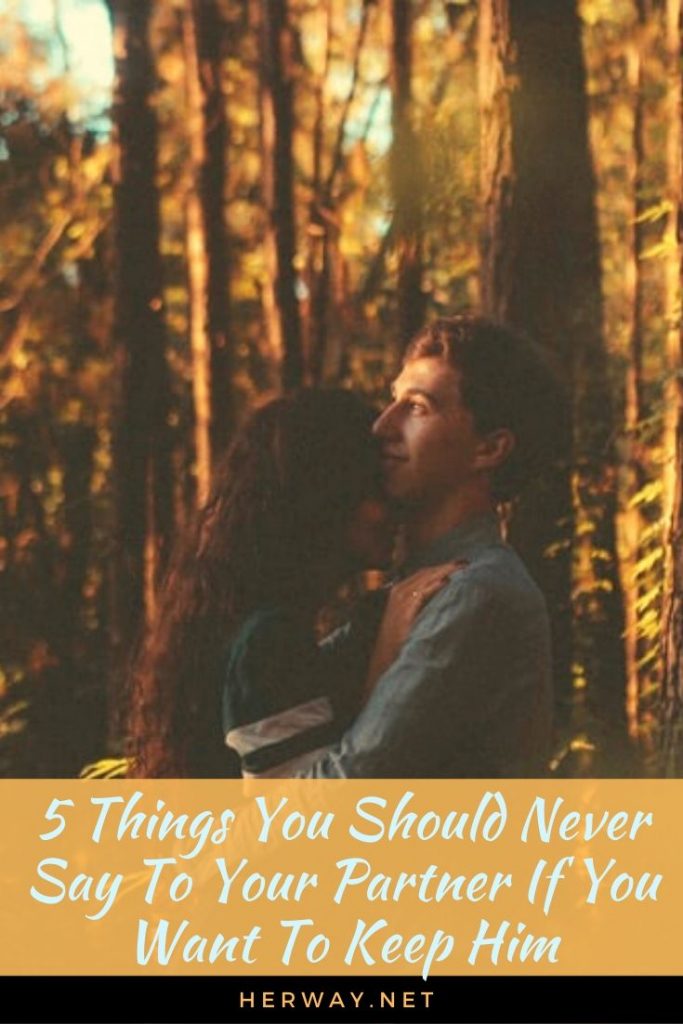 When you start an argument with this, you are immediately accusing him of something, implying that he always does something wrong.

That is not the way to have a healthy conversation and it will only make him choose the defensive route.

Instead of making sweeping accusations, focus on the thing in question and the present. If he has to defend himself all the time, he’s just not going to take it that much longer.

If you keep making him prove his love for you by doing certain things, that is not love. It’s a dysfunctional partnership.

Nobody appreciates being blackmailed into doing something. He clearly loves you.

But don’t make him do something to prove that. That is a childish thing to do and your partner won’t stand for it.

You wouldn’t like having to prove your love for him by doing this and that, so don’t make him go through the same thing; it’s as simple as that. 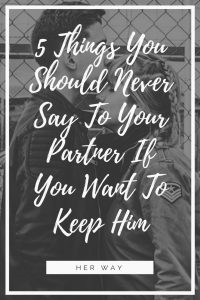 […] she is a bit mysterious. You don’t need to tell your man all about yourself immediately, but try to keep some things for yourself as well. If you do that, your man will want to get to know you better, and you will start noticing […]

8 Ways To Make A Deeper Emotional Connection With Your Man