We live in this messed up era where almost relationships are more common than real ones. Thanks to that fact, dating is more complicated.

We come across men that are emotionally unavailable, unready to commit and ready to play with our minds and our hearts. As if that was not enough, we also have this habit of self-sabotaging ourselves in the process.

How do we end up in these almost relationships? The honest truth, which some of us aren’t always willing to hear, is that we allow them.

We settle for half-relationships and lame-ass promises because we assume that having something is better than not having anything at all.

We couldn’t be more wrong. Almost relationships aren’t something we should settle for.

They exhaust our strengths, we are never completely happy while we are in them and essentially, they are bound to end at some point.

Everything we had was almost something—almost love, almost commitment, almost a relationship. Unfortunately, our heart doesn’t recognize almost. Our heart is all in and when it breaks, it breaks completely.

The best way to protect our heart from breaking from that terrible “almost” is by cutting it from our lives as soon as we recognize the signs. Here are 6 types of almost relationships that you should avoid at all costs:

1. The relationship in which we don’t know where we stand

A simple question such as, “Are we exclusive?” can be so difficult to utter in real life situations. It’s easier to wait for the other side to drop the question than it is to ask it yourself.

You feel safer not knowing than asking the question and getting the answer you don’t want. What if he doesn’t want the same things as you do? What if he is already seeing somebody else?

This is not a place for what ifs. Your love life should be something safe and certain. You should know where you stand. And if he hasn’t brought up the question of exclusivity, the odds are he is not ready for it.

It’s best that you know early on than to hold on to some pseudo-relationship in which you are not validated.

2. The relationship with no labels

He does everything a real boyfriend does. He keeps in touch. He takes you on dates. He spends the night.

He introduced you to his friends. You even met some members of his family. He does everything by the book, but he has never once called you his girlfriend.

While some might argue that it’s more important to pay attention to things somebody does rather than says, in this case, words do count. Somebody’s unwillingness to call you his girlfriend might be a major red flag that indicates fear of commitment.

Talk to him and see what is the problem. If he refuses to call you his girlfriend, refuse to be his almost-girlfriend.

3. The secret type of relationship

When the two of you are texting or hanging out together, everything is great. Between the four walls of your or his place, you are the happiest couple alive.

Problems begin when it comes to introducing you to other people and making your relationship public.

He might even give you some reasons why you still can’t go public with your relationship and if you listen closely, none of his excuses make any sense.

Love is not loving when you keep it a secret. If he is being secretive about you or making you keep quiet about your relationship, there is something murky going on and you shouldn’t tolerate it.

If he can’t make your love public there should be no place for him in your life.

4. The almost ‘back with your ex’ type of relationship

These type of almost relationships are the worst—when you are in the process of patching things up with your ex, but you never patch them completely.

So, you are still officially single, he is not investing in your relationship and he is having all the boyfriend benefits.

He probably doesn’t see any necessity to change this situation. You have to let him know that there is no place for almost. Either you are back together or you are officially over.

5. The relationship in which you feel like you are not good enough

There are a lot of women out there who’ve lost their confidence due to being mistreated, underappreciated and belittled in a relationship.

If someone is making you feel like you are not enough, make sure to say your goodbyes as soon as possible. Don’t waste your life on somebody like this.

He is definitely your almost boyfriend because a real one would never do anything to make you feel bad about yourself. He is the one who will never be enough for you.

6. The relationship that is based on sex

This type of almost relationship should be easy enough to spot, yet our emotions have this impeccable way of clouding our judgment.

There will be some signs that he is not ready to commit—like fleeing the scene right after sex with some great but still lame excuse.

He barely ever spends the night. He ignores the cuddling after sex part. He never ever comes by when you have your period.

If 90% of the time you spend together is all about sex, you are not in a real relationship. And while sex is important, it’s just a part of a relationship, not the whole thing.

Don’t let anybody get away with it. If sex is all they want, let them look for it elsewhere you are worth so much more. 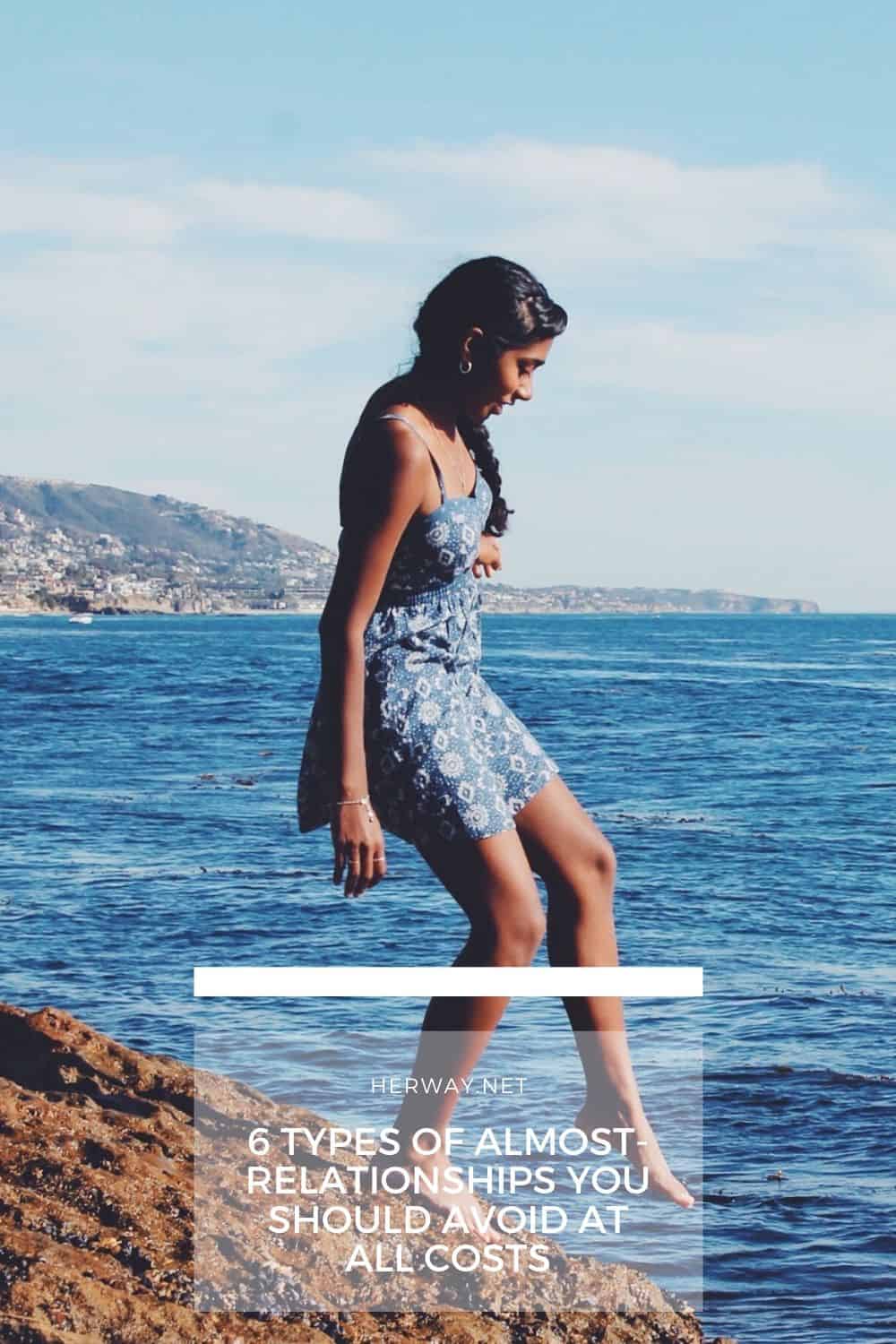