A relationship with a hidden abuser is like being sucker-punched over and over again but never realizing that you were in a fight for your life until it’s over.

Sometimes, we fall so hard for a person, we don’t really have the ability to see how toxic that person is for us. We tend not to notice the bad sides of that person.We disregard all the flaws and we give the best of ourselves, expecting that we can make it work. But with abusers, it’s never that easy. We never get our happy ending while they’re still in our lives. They tend to get more power over us than we care to notice and sometimes, we don’t even realize what the hell happened to us until it’s over.

Because we don’t see we’re part of an abusive relationship, we tend to look like living corpses at the end of the story. This kind of relationship always drains the victim and feeds the abuser, and it’s easy to notice which role belongs to whom from one simple look.

To recover from hidden abuse is something that is never easy because it requires self-awareness, and it’s something most of us fail at. In order to recover, you first need to recognize you are part of an abusive relationship.

1. Reflect on how you feel

If you had to ask somebody to allow you to put yourself first—your relationship isn’t healthy. If you haven’t been happy in a long time and your partner seems not to care or is fine with it, there is something wrong going on. If your confidence has lowered while you were in a relationship, if you feel insecure about yourself, if your partner is happy to see you miserable or is emotionally manipulating you into doing something for him and making you give up on yourself, I hate to break it to you, you have been part of an abusive relationship for longer than you’d like to admit.

Once you’ve cared enough to take care of yourself and you’ve let the reality of being part of an abusive relationship sink in, you’re going to need to have all the information in order to proceed according to your situation.

There are different forms of abuse, there are different classifications of abusers and there is always something you can do about it. Use all the resources available to you to find out as much as you can about what has happened to you. Learn what are you dealing with and act on it.

Once you know what you’ve been a part of, don’t trick yourself into thinking that you can just continue to have that kind of relationship or that everything is going to be fine if you just give it time. Because it won’t.

You need to wake up and for once in life, put yourself first because your abusive partner isn’t going to do that. You need to get your life back into your hands and do whatever you were brought to this world to do—and I can bet it wasn’t to be somebody’s victim or a good soul that some parasite could feed on. 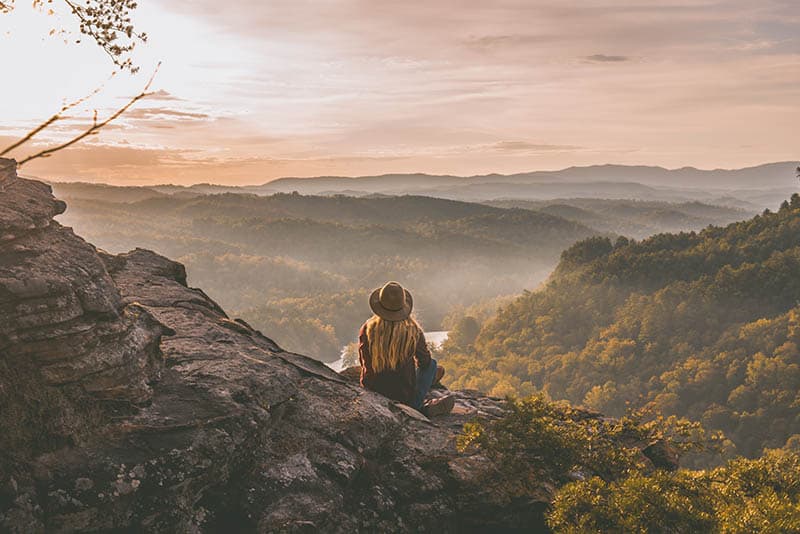 Putting your walls up is definitely something unhealthy, but having no boundaries at all means you are a well that anybody can drink from, and people will take advantage of it. People will drink your soul dry if you don’t set up some borders.

Distance yourself from your abuser. As much as it may hurt at first, that is as much as it will be a relief once you’re cured. You’re the one in charge of how much power you give your abuser over you, and if you don’t want to have anything to do with that person, that’s more than fine.

Don’t even bother explaining your ‘no’ because you don’t have to. The only person you owe something to is yourself. Make sure you remember this well.

5. Restore what has been lost

In the abusive relationship, we lose many things. In the relationship that has the abuse hidden, we lose those things so slowly and so discretely that we even forget we had them in the first place.

Think about how much you believed in other people. Remember how many of your friends you cut off because of what your abuser meant to you. Think about when was the last time you had an honest conversation with your family and remember how big the plans were that you had for yourself.

Thinking about how you painted your future, now wake up your ambition to be a better person in a better place. You can do it—it might take time, but after everything you’ve been through, you owe it to yourself to try and restore everything that has been lost. Because nothing is ever lost permanently.

6. Keep fighting for yourself

Don’t give up on trying to make you be better. Don’t stop investing in yourself, in your happiness, in your healing or in your future.

Do what makes you happy. Pursue what brings a smile to your face and makes you feel better about yourself. And don’t ever stop doing it. Because no matter how much your abuser told you that you were selfish, there is somebody who’ll know the importance of self-love and who won’t ever mistake it for selfishness.

Don’t rush things—don’t make it worse by stressing about why isn’t it over yet. This kind of thing takes time. If you give yourself time, you’ll give yourself enough space to not make the same mistake again.

You went through hell once and you weren’t even aware of it till you were halfway burned out. You deserve to be happy now and you should give yourself time for the right person to walk in your life and walk you through the heavens. Once your storm ends, it’s time for the sun to shine.

See also: 8 Things That Happen When You Leave An Abusive Relationship