Having a boyfriend who is always there for you, who is always present in your life, who takes interest in what you do, is pretty much like hitting the jackpot in a relationship, right?

Wrong! It’s not always as beautiful and innocent as it sounds. Did you ever stop and think that your boyfriend, instead of being caring and honest, is actually a controlling and manipulative bastard?

Often, women see this but they don’t want to admit it. They keep lying to themselves and I don’t blame them, because they seek that real, true love.

They want to seal the deal and live their life as they’ve dreamed it.

Pay attention to those ‘cute’ things they do for you because sometimes they turn out to be anything but that. Don’t lie to yourself because that D-bag doesn’t deserve your love anyway.

What are the red flags they disguise as ‘cute’?

Contents show
1 1. He texts you all the time
2 2. He pretends he knows how you feel when you have a problem
3 3. He is always in a relationship
4 4. He compares you to other women in a ‘good way’
5 5. He chooses you over his friends
6 6. He talks about his exes all the time
7 7. He’s jealous of other people in your life

1. He texts you all the time

Cute? Hell no! In the beginning, you think he’s being super adorable and careful. He shows interest in you and he wants to know what you’re up to.

But this can easily turn out to be a huge red flag. This attention can grow into something really unhealthy. The truth is, he is probably just trying to control you and see what you’re doing and with whom.

Also, the people you’re surrounded with will call you less and less as time goes by because they don’t want to spend their time with someone who can’t take their eyes off their phone. And your boyfriend won’t leave you any other choice than to stare at the screen.

2. He pretends he knows how you feel when you have a problem

He is not genuinely concerned about you. He is just telling you that to get rid of you.

He’ll pretend he knows how you’re feeling because he doesn’t want you to bother him with your problems.

3. He is always in a relationship

Usually, people think that only those who are single all the time have some kind of a problem. Actually, it’s the other way around.

Those who are single know what they want and they don’t want to end up in a relationship just to be in one, just to avoid loneliness.

But those who are always in a relationship are a potential huge red flag. These people are probably scared to be alone and they put up with pretty much anything just to have company.

These people are usually not honest with you. They pretend to love the same things as you.

They pretend to be just like you. Basically, they lie all the time just to keep you in their life.

4. He compares you to other women in a ‘good way’

You think this is cute and adorable. You think that he only sees you and no one else. But there is another side to this story.

Because if you loosen up and relax, if you gain a few pounds, you’ll always remember the time when he told you that you’re the prettiest one.

He’s not telling you that now. Why? Because he’s obviously bothered by the way you look or because of the fact that you’ve gained a few pounds.

5. He chooses you over his friends

Friends are for life. Even when you’re in a relationship, you should never give up on your friends.

Sure, there are times when your relationship is a priority but if your partner chooses to be with you every time over his friends, it’s a red flag.

Imagine if you want to hang out with your friends for a while. He’s not going to be happy about it and he will guilt you into staying at home with him.

He’ll tell you that he blows his friends off all the time for you, so why can’t you do it at least once. You see? This is only another method of manipulation.

6. He talks about his exes all the time

It’s great if you’re able to talk to your boyfriend about both of your past relationships but there is no need to go over every single detail.

Well, he seems passionate while he’s telling you about his adventures. You can think, okay, he’s so cute because after all this time, he still remembers some things that happened.

But did you ever stop to think that maybe this is a red flag? Maybe he isn’t over his ex yet. Maybe you’re just a rebound or a backup plan until he finds something better.

7. He’s jealous of other people in your life

You know that jealousy is completely normal and a natural thing. When someone cares about you, he won’t be indifferent if you talk to some random guy you’ve met on the street. He’ll get a bit protective.

But if this happens all the time, it can become seriously dangerous. This small and innocent jealousy can grow into possessiveness and neediness.

You can easily find yourself in situations where you won’t be able to go out with your friends without him because of his jealousy. 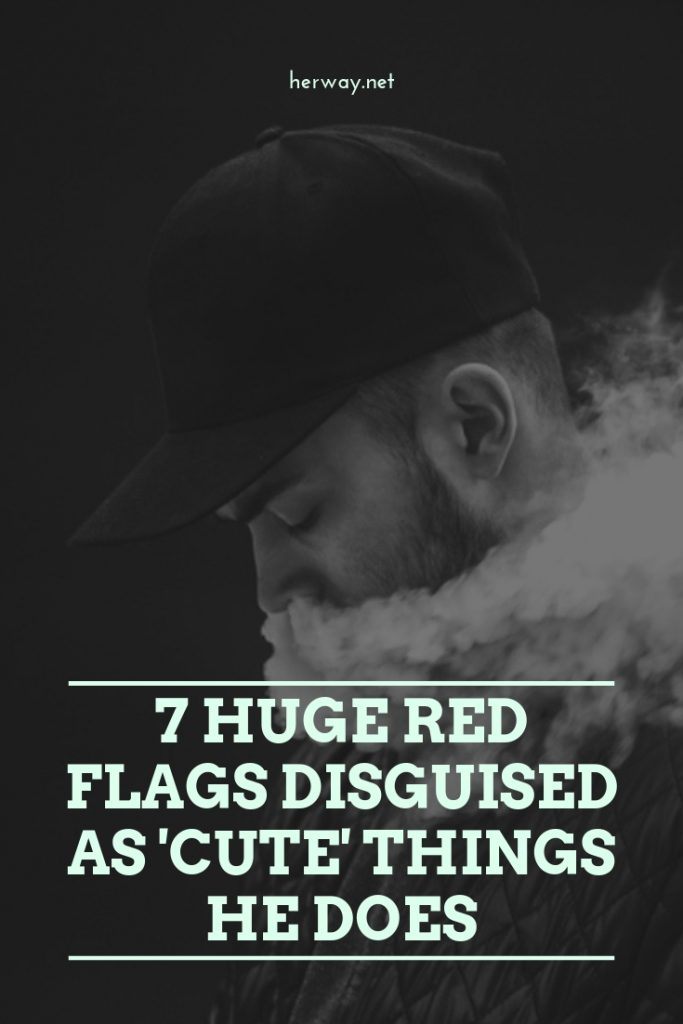