Honeymoon phase is the most beautiful part of a relationship.

Everything seems to be going smoothly, your life is all rainbows and unicorns, and nothing could destroy your happiness.

I hate to be the one to break your bubble, but this is not the time for you to be completely careless.

There are some warning signs you should pay attention to right in the beginning of your relationship that could tell you a lot about its future. Here are 7 red flags you mustn’t ignore!

1. He talks trash about his exes

One of the first signs that your new boyfriend isn’t any good is the fact that he bad-mouths his ex partners right from the start.

These were the girls he shared his life with and if he starts talking trash about them to you – someone he has just met – you should consider it a major red flag.

It is more than obvious that this guy doesn’t have any respect for women and that he doesn’t know the meaning of the world loyalty.

After all, what exactly can you expect from a dude like him if you two should split ways? 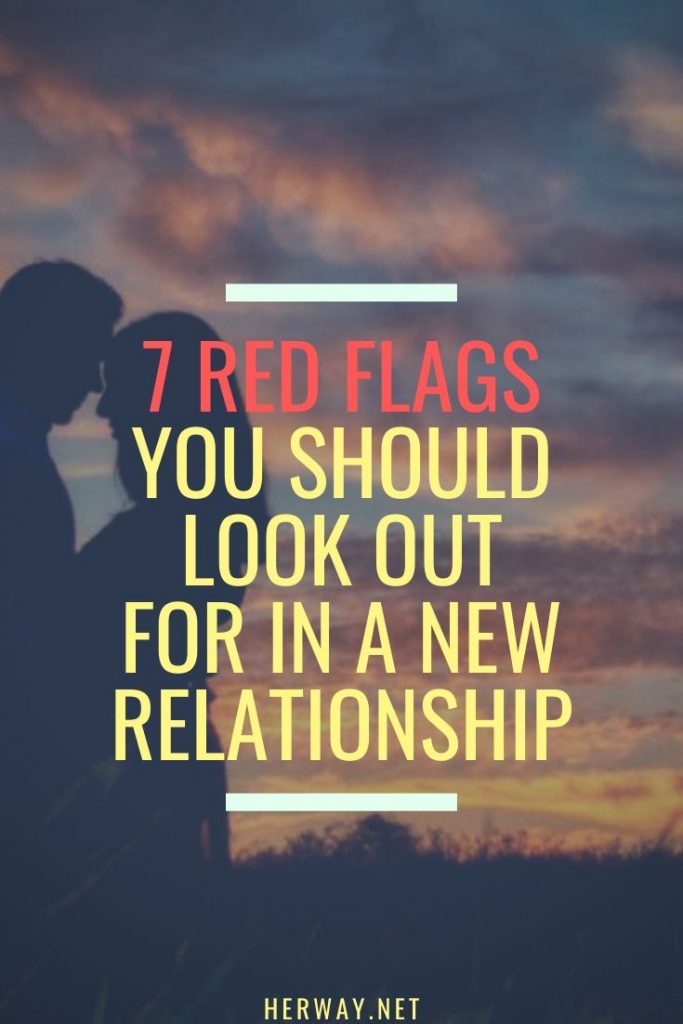 Staying on friendly terms with one (or all) of his exes is one thing, but her still being a part of your new boyfriend’s life is something completely else.

It can be a sign that the two of them have unresolved issues. If that is the case, you should run for the hills as soon as possible and let them deal with their own drama.

The last thing you want is someone’s emotional baggage ruining your new relationship before it even really started.

Each one of us wants to have a perfect man who will make all of our dreams come true and turn our life into a fairytale.

However, a guy being too perfect is sometimes actually a major red flag.

Let’s face it, all of us have our flaws, and if your man is trying so hard to hide his, it is clear that they’re quite serious.

Be careful, he could turn out to be a narcissist in disguise who is love-bombing you until he gets under your skin,one whose end goal is to manipulate you and break your heart.

4. He doesn’t respect your boundaries

When it comes to a young relationship, boundaries are everything.

You need to know that you can trust your new boyfriend, you can feel safe with him, and he’ll never make you do something you’re not comfortable with.

However, if he pushes you too hard and doesn’t have any respect for your boundaries, it’s time you reconsider your decision about dating him.

5. He talks bad about your loved ones

One of the biggest red flags you should look out for in a new relationship is the way your boyfriend treats the people who have been a part of your life before he entered it.

Don’t get me wrong, I’m not implying that he should kiss their ass or that he needs to try his best for them to like him.

However, he isn’t allowed to talk bad about your friends and family either.

Besides being a sign of disrespect toward you and your loved ones, it can also be one of the first symptoms of possessive jealousy.

6. He digs through your past

Another type of man you should be careful about is the overly nosy one.

It is one thing if your boyfriend asks you some basic questions related to your romantic past – such as when was the last time you had a serious relationship –but it is completely different if he wants to know every single detail about it.

This guy is obviously not aware that your past isn’t his concern and he has no right to ask you any details about it that you don’t reveal of your own volition.

7. He expects you to give him all of your attention

When you first meet a man who has been putting you first since day one, and expects the same from you, you find it refreshing.

You’re happy that you’ve found someone who is clear about his goals, one who is so crazy about you that he wants you just for himself.

However, when the initial thrill fades and you look back at things, you come to realize that this was something you should have considered to be a red flag. And it really is that – a big warning to run for your life!