Of all the various types of people out there, dealing with stupid people is by far the most difficult. Their idiocy can affect you in the worst possible ways, and it can rob you of your own peace of mind.

To protect yourself from these kinds of people, you need to know how to recognize them in time. So, as a precaution, take a look at these 7 signs of stupidity.

If you’re already surrounded by jerks with zero level of intelligence and can’t avoid daily encounters with them, I really feel for you. However, I’ve also left a few tips here that will HOPEFULLY help you deal with those human beings who lack intelligence.

Contents show
1 The Most Brutal 7 Signs Of Stupidity
1.1 1. Undermining themselves/being conceited
1.2 2. Being critical and way too judgemental
1.3 3. Poor vocabulary
1.4 4. A barrier to effective listening
1.5 5. Vague body language
1.6 6. Disinhibition
1.7 7. Being easily influenced by others
2 How To Deal With Stupid People: 8 Awesome Tips
2.1 1. Don’t engage in unnecessary arguments
2.2 2. Know when to pull back
2.3 3. Don’t get smart with them
2.4 4. Try not to use a complex vocabulary
2.5 5. TRY to be patient and understanding
2.6 6. Don’t say something that could hurt their feelings
2.7 7. Mirror their body language as encouragement
2.8 8. If they keep threatening your peace of mind, just ignore them
3 To Conclude

The Most Brutal 7 Signs Of Stupidity

If someone is stupid, trust me, no matter how much they try, they won’t be able to hide it. However, here are 7 signs of stupidity that you should look out for. 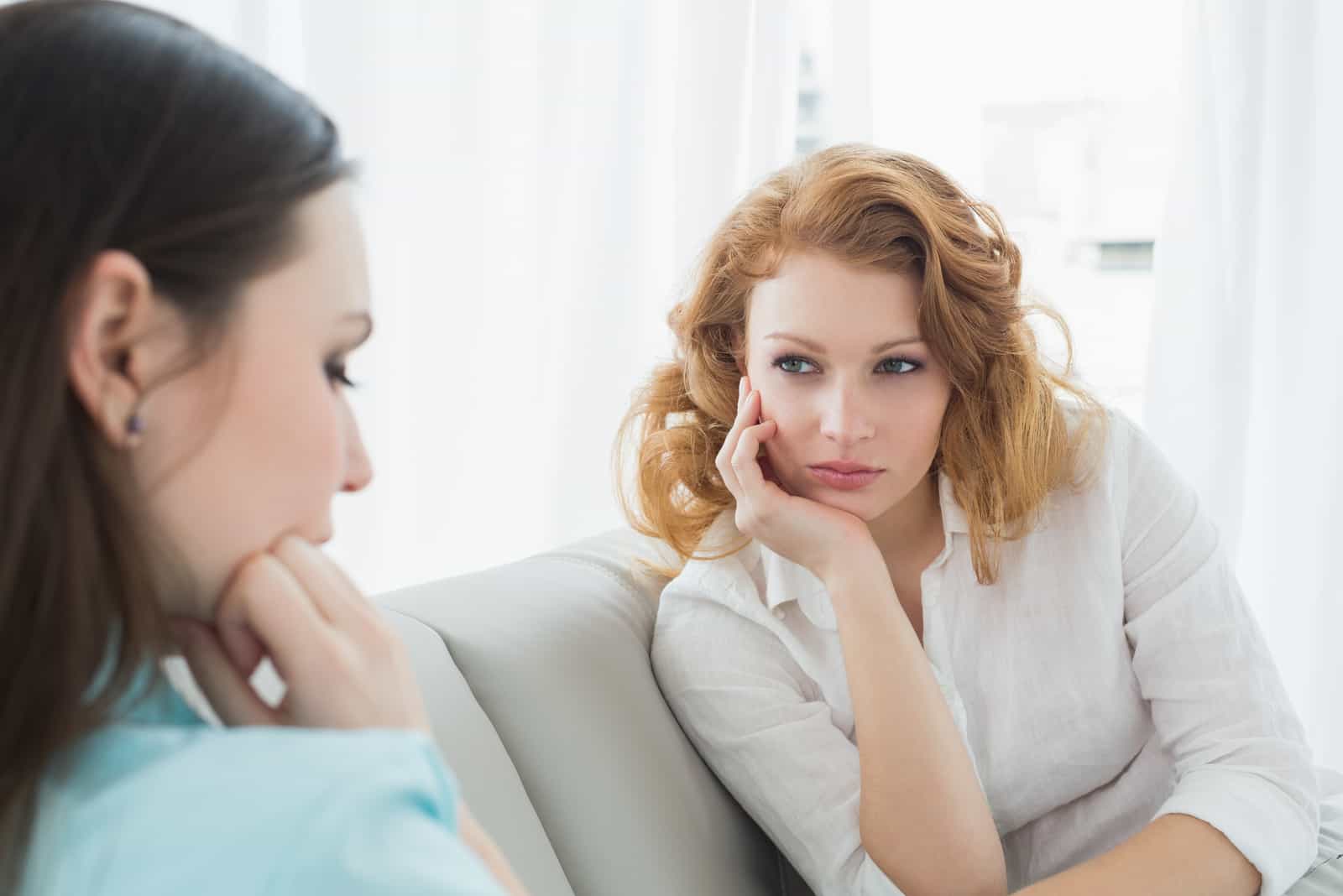 There are two types of stupid people: those who struggle with insecurities due to their lack of intelligence and egotistic ones that have a very inflated, conceited self-image.

The first group often has self-esteem issues, making them undermine themselves. They’re aware of their low IQ, but, in their heads, it seems like they’re the biggest morons in the world, and that greatly affects almost all areas of their lives.

On the flip side, the egotistical ones have a wrong, incredibly unrealistic self-image, making them overly proud of themselves. They aren’t even aware that to others, to smart people, it seems like they’re proud of their stupidity.

Intelligent people are somewhere in the middle of all that. The level of their self-awareness is very high, and they know their worth and never allow anyone to undermine it, especially not themselves.

However, they’re proud of themselves, but they always have a realistic opinion about their possibilities. In other words, they don’t have an unrealistically high opinion of themselves.

2. Being critical and way too judgemental

One thing smart people never do is judge others. They may or may not agree with their actions, but they’ll always keep their opinions to themselves.

Contrary to them, dumb people always criticize everyone around them and pretend they’re smarter than everyone else. I’ll sum this all up with Carl Jung’s quote: “Thinking is difficult, that’s why most people judge.” 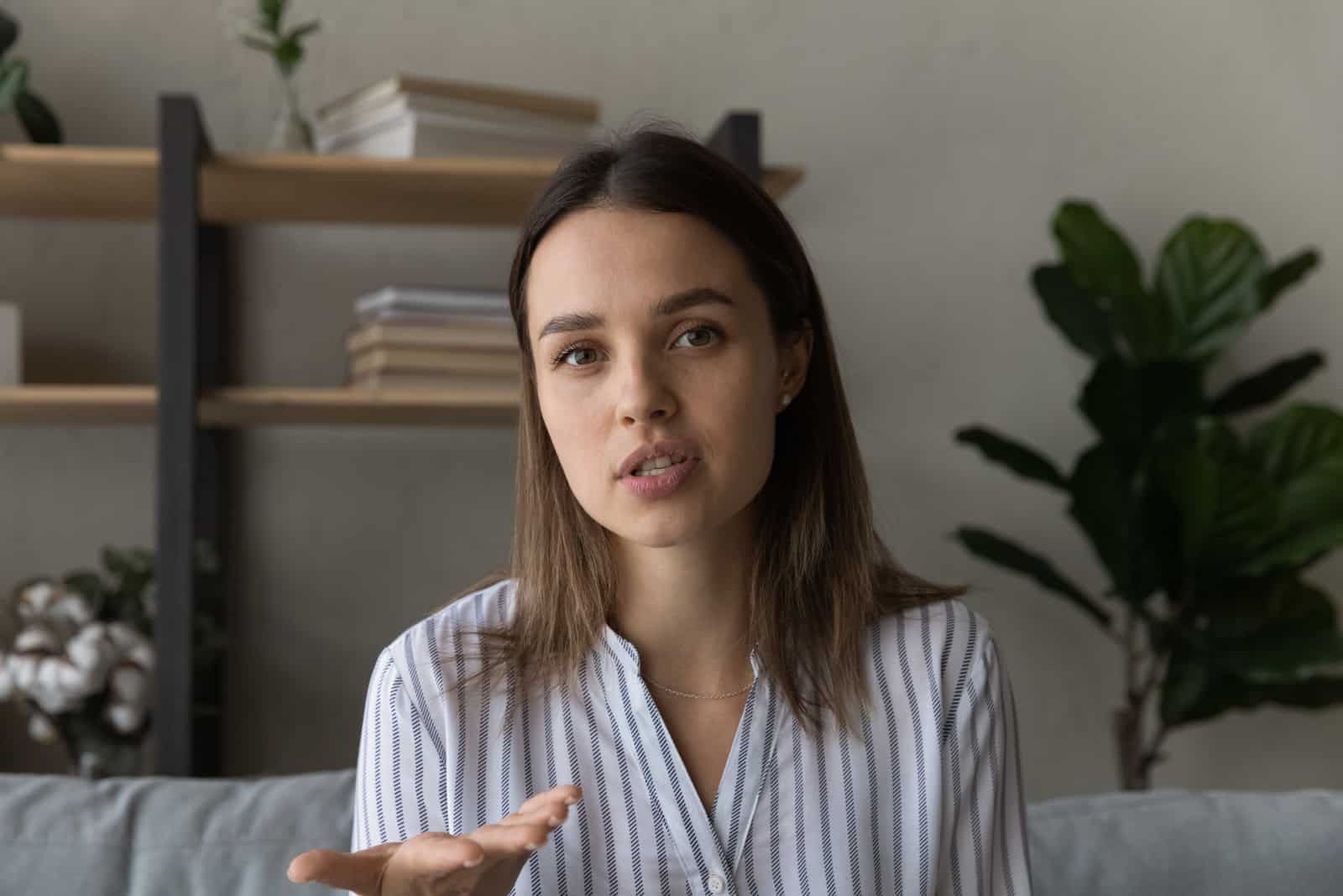 This is one of the most subtle signs of stupidity. Some people may use simple vocabulary when talking with certain people, but if they really have an inadequate vocabulary and have trouble understanding other people, it’s a clear sign of a low level of intelligence.

On the other hand, it may also be a sign of poor education. In that case, we can’t label it as stupidity, but it definitely affects the person’s level of intelligence and mental abilities.

4. A barrier to effective listening

People with low levels of intelligence also have the inability to listen profoundly to others. It’s not that they don’t want to. It’s just that their mind gets overloaded very fast, and their thoughts wander off somewhere else.

They simply tune others out and think about something else. Their listening skills (actually, their lack of listening skills) are one of the main reasons dumb people struggle to maintain healthy relationships with other people. 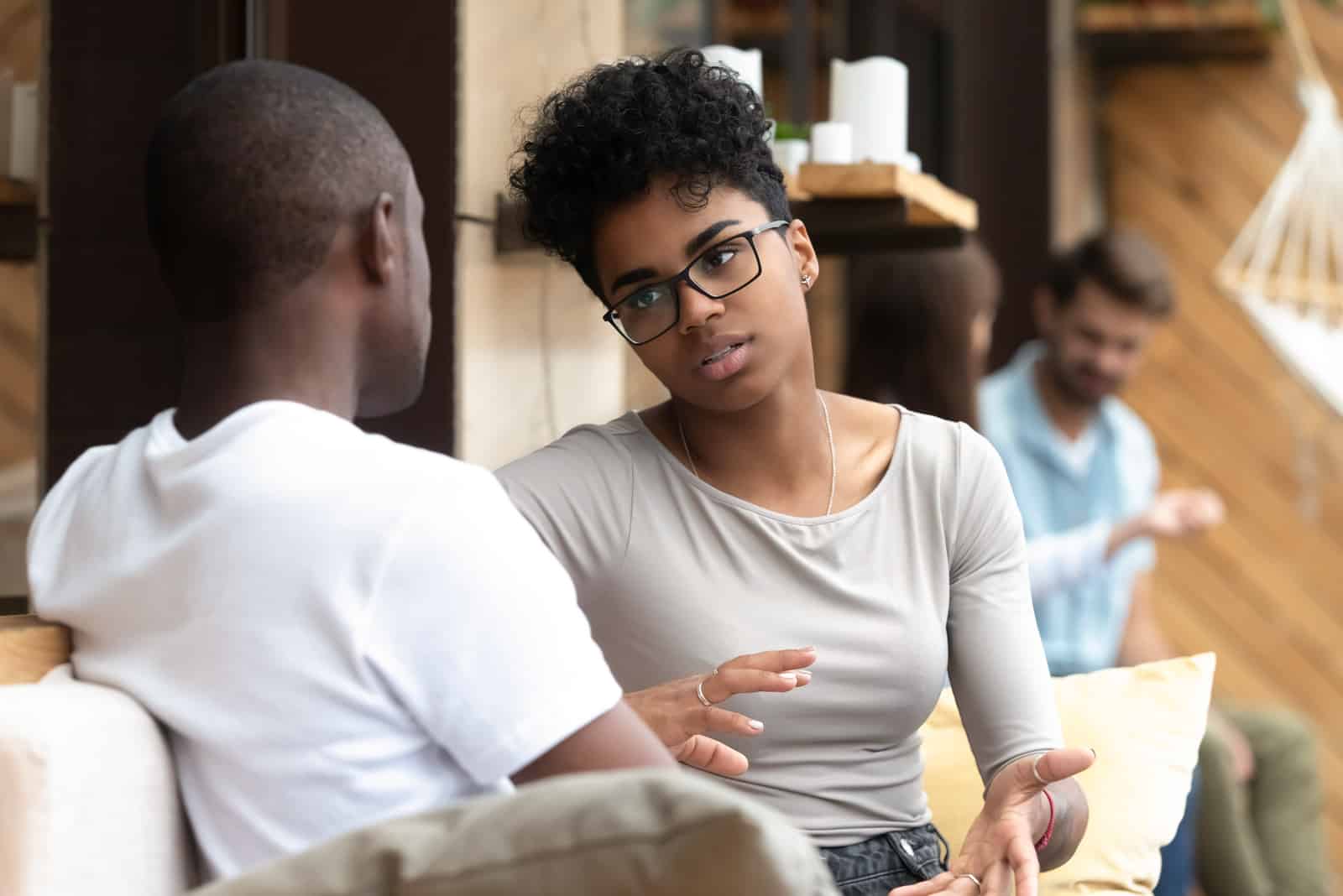 Their non-verbal signals are confusing and tense. They aren’t able to hold eye contact with another person, they have fast movements, and their hand gestures are pretty much all over the place while they’re trying to explain something…

All of this is because, deep down, they’re aware of their flaws and inabilities. And it all reflects in their super confusing nonverbal signals and vague body language.

Dumb people have that inability to think before they talk. That’s why they may seem even more stupid than they actually are.

They always say the first thing that comes to mind without thinking about it at all.

They hurt their loved ones and other people around them without even being aware of it. It’s probably one of the things that frustrate us about stupid people the most.

7. Being easily influenced by others 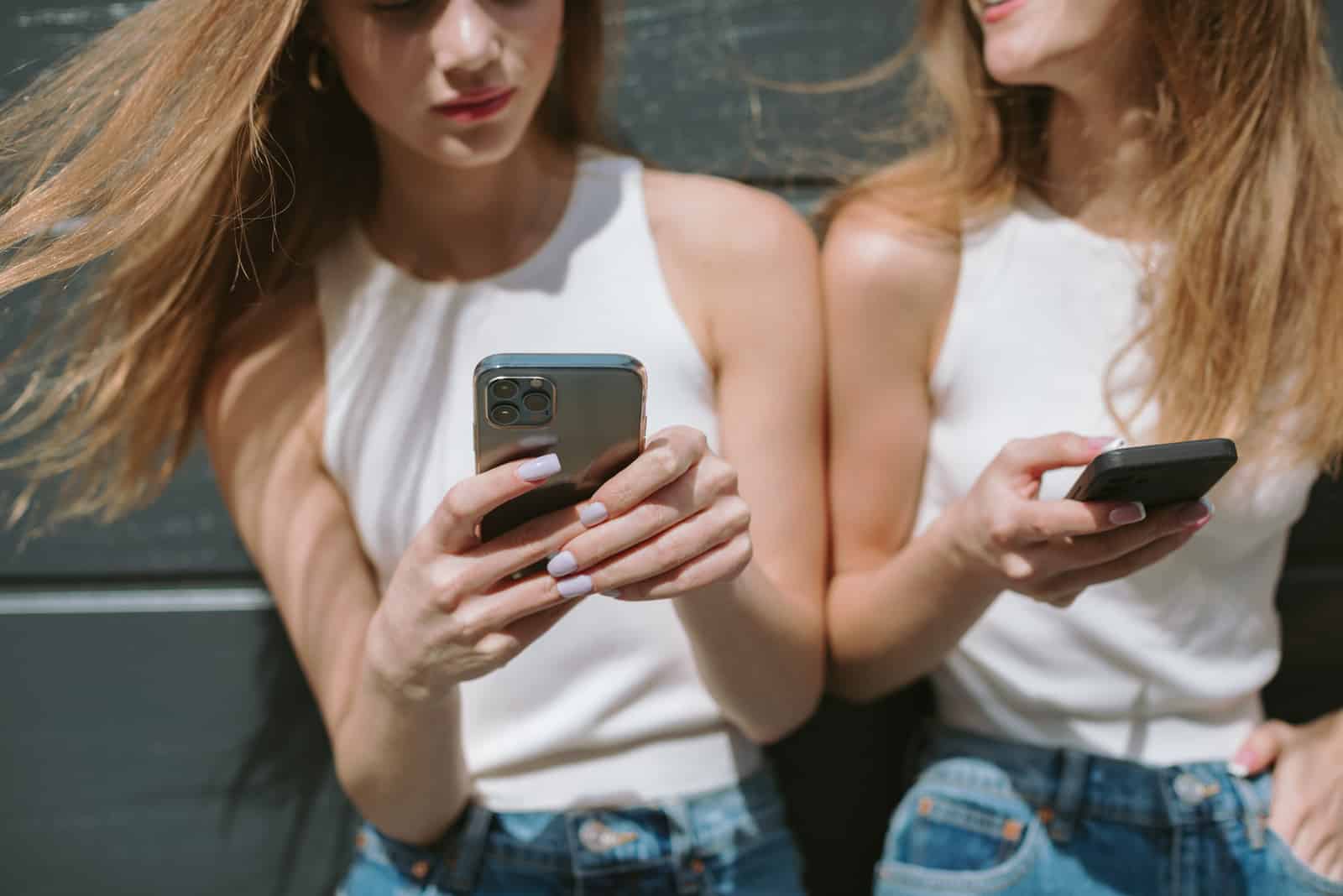 The fact is that people with a low IQ have no personality of their own. That’s why they’re so impressionable.

It also makes them weak and easy prey for others to influence them or manipulate them into doing something.

They don’t have the ability to recognize those manipulations, and, unfortunately, they fall for them almost every time.

My 9-year-old kid has his own style and, trust me, that’s the thing I love about my kid the most. It’s simply a sign that he already has his own personality, and I honestly love it.

How To Deal With Stupid People: 8 Awesome Tips

To be honest, smart people know that the best way to deal with stupid people is to avoid or, at least, distance themselves from them as far as possible.

Unfortunately, we were surrounded by morons in high school, and then they became part of our work-life… our social media is full of the stupid things they share every day, and we don’t have the luxury of cutting them out of our lives forever.

However, not everything is so bleak. I have here the most powerful tips that will help you cope with those morons and their everyday stupidity. 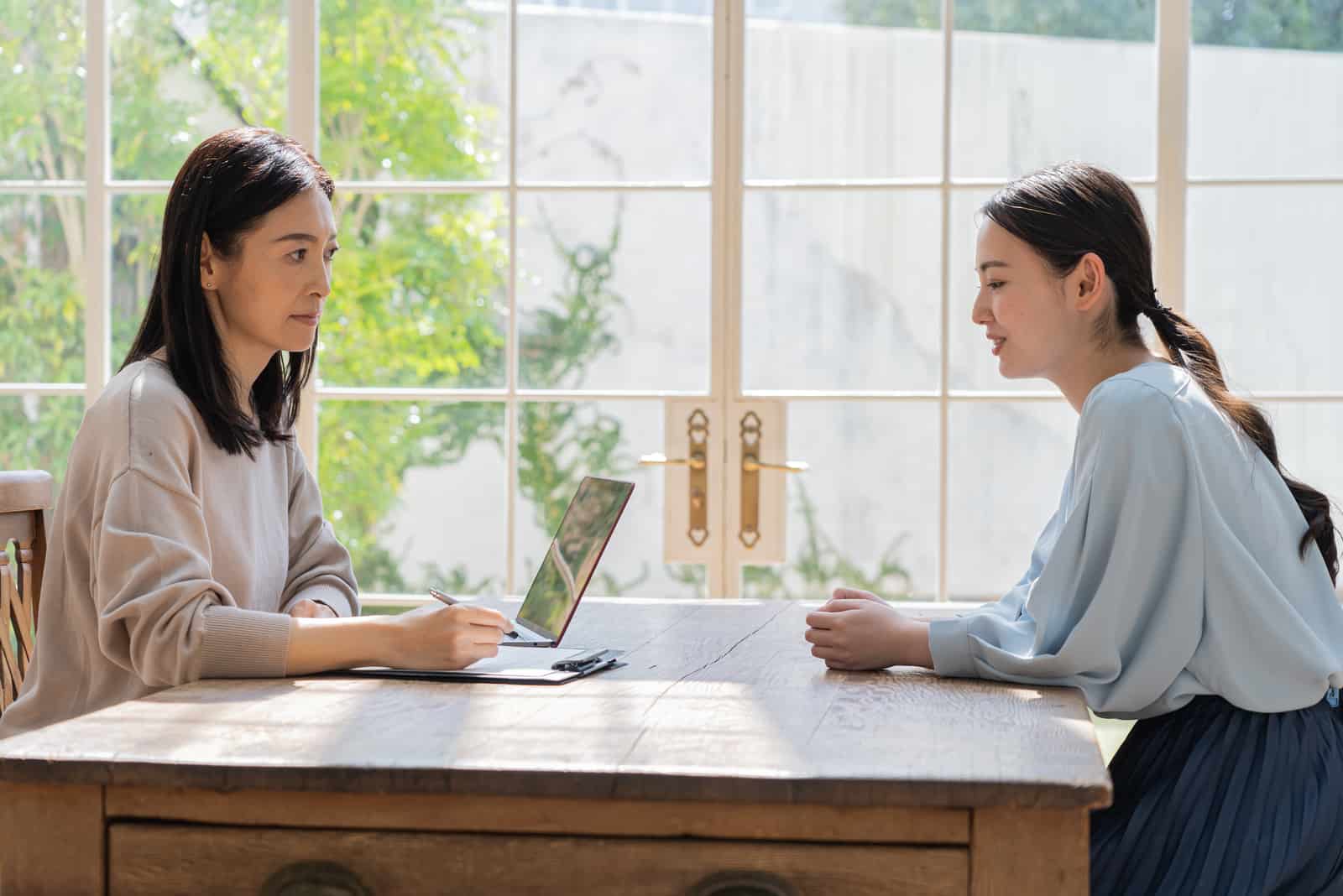 Knowing when to back off from a fight is one of the biggest signs of intelligence, especially when that fight is unreasonable and completely unnecessary.

When a person with a low IQ tries to get you into a fight, you need to resist the temptation and ignore them. Stooping to their level will only make you look stupid, and I’m sure that’s the last thing you want.

Simply told, just don’t get caught up in arguments that won’t bring you anything good.

2. Know when to pull back

We’re all different people with different points of view and perspectives on different things in life. I agree that some of those perspectives are beyond wrong, but it’s not your job to fix them.

It’s okay to discuss it with someone and maybe try to explain why their viewpoints or opinions are wrong, but you should also know when it’s time to pull back.

No matter how hard you try to explain it, some people just won’t get it. It’ll only cost you your sanity, and the other person will keep living their life with the wrong opinions and viewpoints.

3. Don’t get smart with them 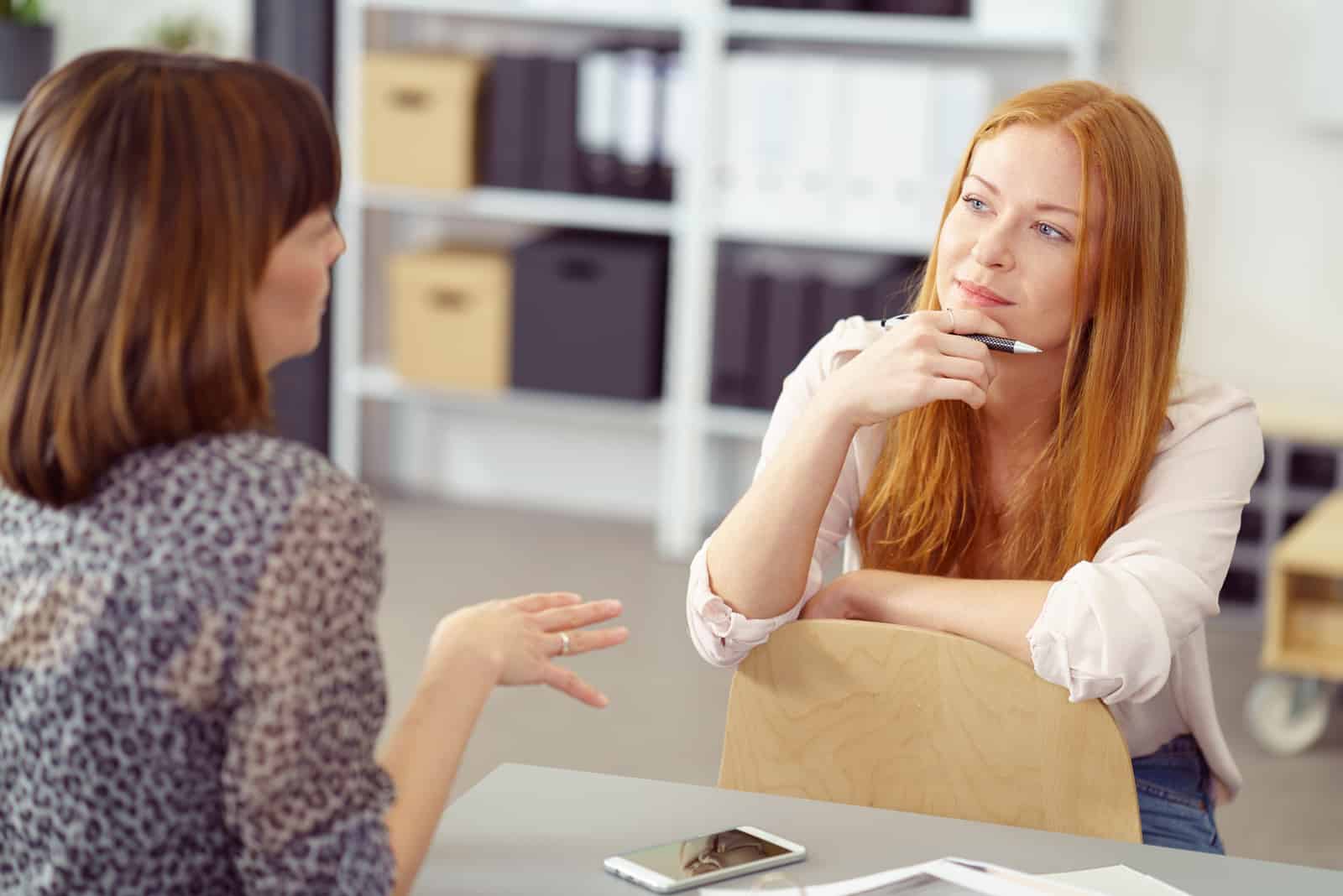 As previously mentioned, you can try to point out why their opinion is wrong, but you should never get too smart with them. Trust me, I’m telling this for your own well-being.

It may only bring about unnecessary discussions and leave you with a terrible headache. It’s impossible to explain certain things to some people, and all you can do is accept it, and let them be… Well, let them enjoy their stupidity.

4. Try not to use a complex vocabulary

When speaking to them, focus on using simple words. Try to adjust your vocabulary to their level of intelligence so you don’t have to waste time explaining terms they don’t understand.

Believe me, it’ll save both your time and sanity.

Also, try to control your body language. I know that most of us use hand gestures when explaining something to someone else, but try to calm your hands because they may be distracted by it, and, in that case, they definitely won’t understand a single word you’re saying.

5. TRY to be patient and understanding 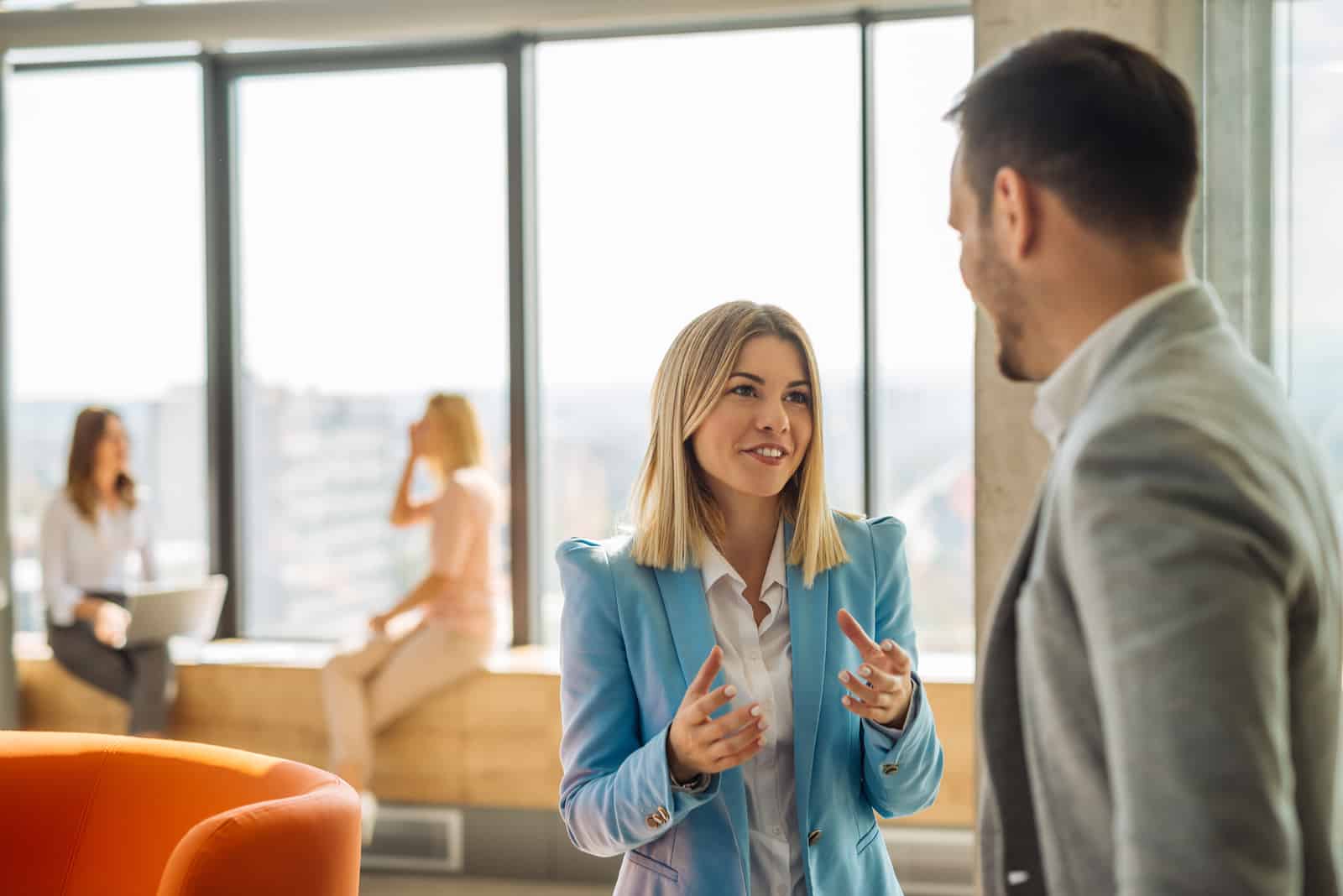 If you choose to help them, try to explain where and why they’re wrong. However, do it nicely, without insulting them or yelling at them.

What we all need to understand is that not all of us can be intelligent and smart. And in the end, that’s not the most important thing.

How you treat others is what counts the most. That’s why, no matter how much their stupidity pisses you off, you need to control your temper and try to remain calm.

6. Don’t say something that could hurt their feelings

Sometimes, the stupidity of others may frustrate you, but you should never allow yourself to say something or call them names you’ll regret later.

Don’t insult them. If you can’t help them, just distance yourself and do nothing. If you say something and your words end up hurting them, you’ll feel bad about it later and wish you could take them back but know that it’s impossible.

7. Mirror their body language as encouragement 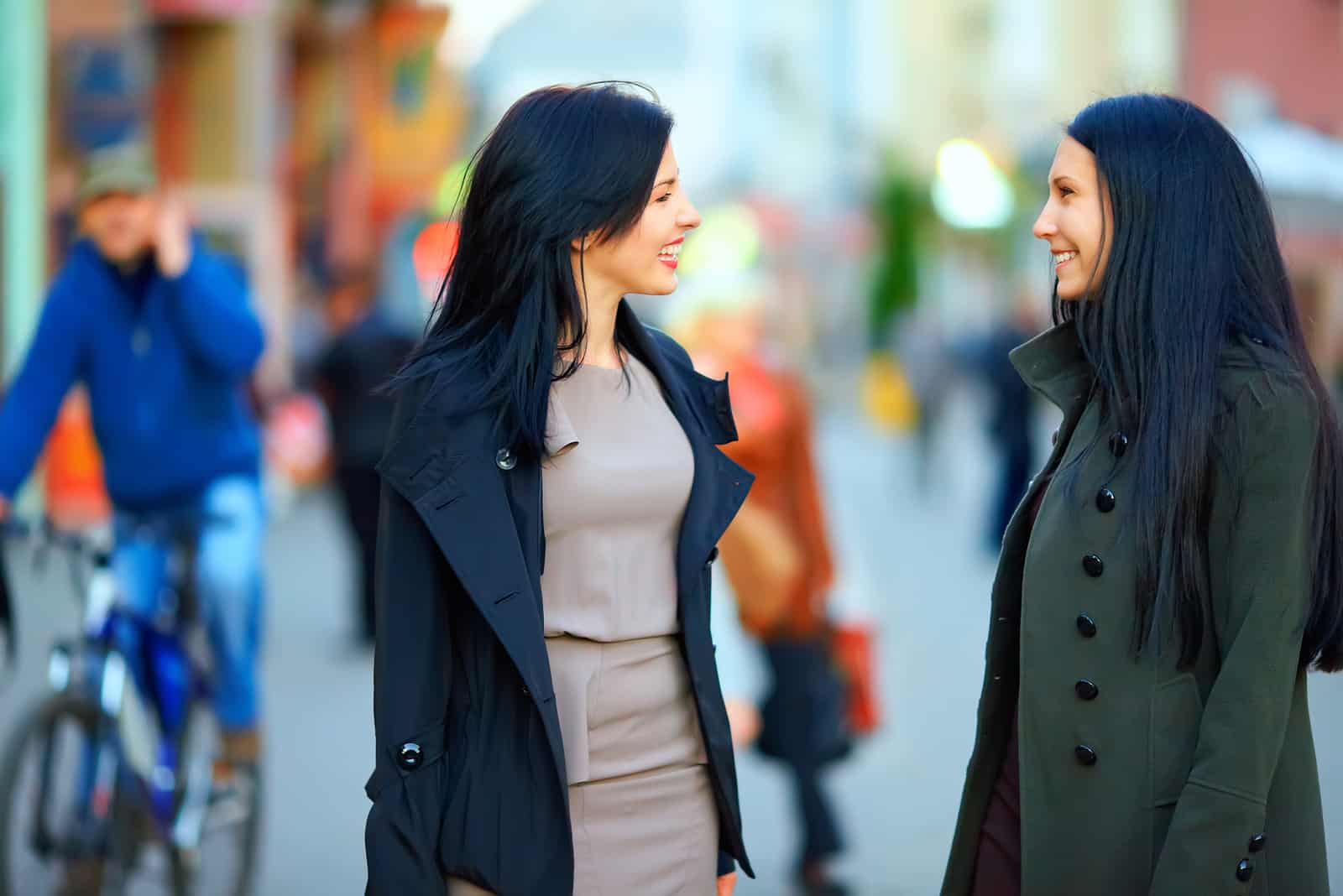 If you truly want to help them or encourage them, this is the way to go. Follow their hand gestures, facial expressions, and body language.

In most cases, people who are aware of their low level of intelligence (unfortunately, many of them aren’t) struggle with low self-esteem. They’re afraid to speak and say their opinion regarding certain things because of their fear of looking stupid.

Mirroring their body language will give them the support to talk because they’ll feel understood.

8. If they keep threatening your peace of mind, just ignore them

As I said above, intelligent people know that ignorance is the best way to deal with morons. Just pretend like they don’t exist, like you can’t even see them, and save yourself from their stupidity.

As a matter of fact, you should ignore anyone who threatens your happiness and inner peace. Don’t allow yourself to be troubled by someone else’s stupidity.

So, if you can’t help them with these above tips, if you can’t affect them positively, just let it go and distance yourself from them. Save yourself the trouble and let them live their lives. Let them keep destroying themselves with their stupidity. 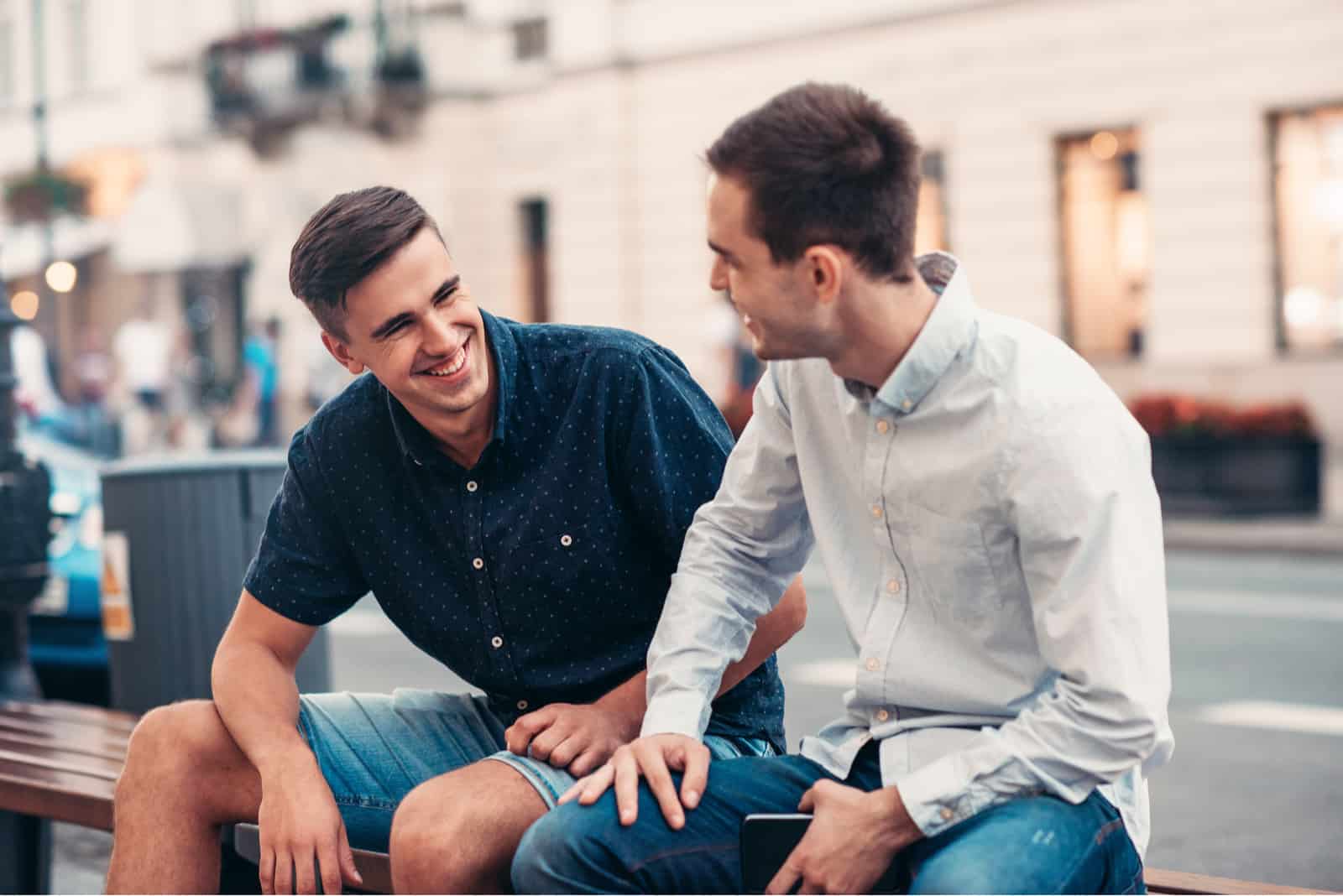 I strongly believe that intelligence isn’t something we are born with. Improving it and increasing our IQ levels depends solely on ourselves.

My intention really isn’t to insult anyone. So, if you’ve recognized any of these 7 signs of stupidity, you shouldn’t be offended but encouraged to work on yourself and improve those not-so-great parts of your personality.

Also, if you’re surrounded by stupid people who don’t want to admit or acknowledge it or try to change, I hope these tips will help you deal with them.

Just remember, don’t ever allow anyone’s behavior to affect your happiness or harm your inner peace.