Breakups are painful, but they are a sad part of life that we all must accept. Not all relationships are meant to last and breaking up is sometimes the only way to go. So if you notice red flags indicating the relationship is about to end, emotionally prepare yourself for the worst—remember it’s sometimes the only way to go, and the sooner you realize this, the easier and quicker you’ll move on. It can also come out of the blue, striking when you least expect it. Be on the lookout for subtle signs that your man is about to end things with you. If you notice the signs, you can still try to fix things, or just prepare yourself mentally for the shipwreck that’s about to come.

Contents show
1 1. There is no intimacy anymore
2 2. He is not mentioning you when talking about the future
3 3. He suddenly has a new obsession
4 4. He starts picking fights with you
5 5. He gives up on his appearance
6 6. He is not talking and listening to you
7 7. He lies to you and doesn’t care if he gets caught

1. There is no intimacy anymore

He is simply not meeting your intimacy needs. There is minimal or no cuddling and he avoids physical contact altogether. Cuddling and those little, random touches are what made you two feel close, especially at the beginning of the relationship. It felt natural and now that it’s gone, you feel weird around him. He might be doing that because he got tired of it, he fell out of love with you or he has someone else to cuddle with. Either way, the end will probably be the same and you should be prepared for that.

2. He is not mentioning you when talking about the future

This is not necessarily a huge red flag but still worth mentioning. Ask him about your involvement in that future he is planning. It can be harmless, but you have to be cautious because the talk about family and buying a house together can disappear just like that.

3. He suddenly has a new obsession

Everyone should have a hobby and passion they enjoy doing. But if a new obsession comes out of the blue and is using a lot of his time, especially the time he should be spending with you, then he might be using the new hobby to avoid the relationship and you all together. Pay attention to how much time he is spending on that hobby and confront him with that. That’s the only way to know what that new obsession is really about. 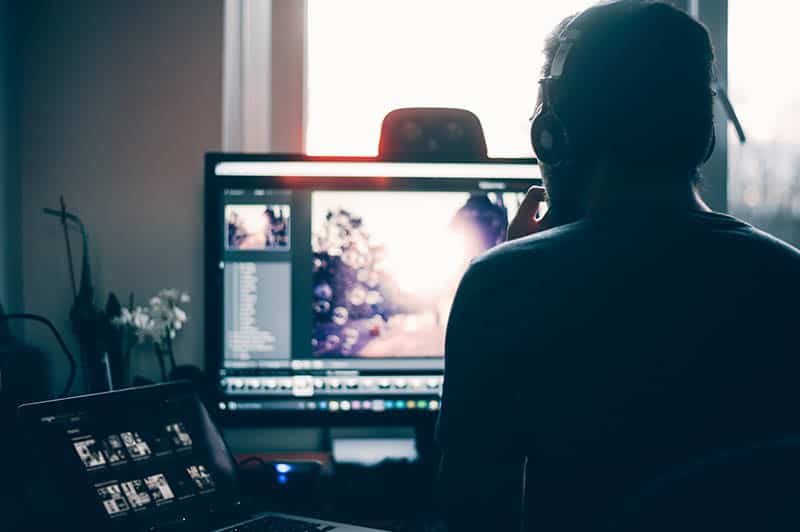 4. He starts picking fights with you

If he is planning to break up with you, one of the tactics men use is to start blaming you for everything and often picking unnecessary fights with you. This way, he will make sure you’re mad at him, and if it accumulates, maybe you’ll make it easier for him be taking the initiative to break up with him or he will finally have a reason for leaving you. It’s a win-win situation for him, but you should be able to see that and not fall into his game.

5. He gives up on his appearance

If he is not putting an effort to shave or clean up, he is actually showing no concern or worry that you find him attractive. People get comfortable in a relationship and stop caring about their looks that much—we’re all guilty of that—but if he doesn’t give a flying fuck about what you think of him, then he has had enough of you and will end things very soon.

6. He is not talking and listening to you

This just shows an overall lack of interest in whatever it is you do. He will stop asking about your day. Even if you mention something, he will change the subject or will just switch off and won’t listen at all. If something is bothering him, he won’t talk about it because it will make him feel uncomfortable. The best solution to discomfort is avoidance, and this is a very obvious sign that things are going to end between you two.

7. He lies to you and doesn’t care if he gets caught

If you catch him in small lies more often and he doesn’t seem bothered by that, there is a good chance that your guy wants out from the relationship. Even worse, if lying is an unusual thing for him or he was never lying to you before.

Whatever the signs suggest and whatever the reason for his behavior is, don’t be disheartened. Relationships may come and go, but you should never lose your sense of self-worth and self-respect. You deserve something better and if you continuously work on bettering yourself as a person, it will not be difficult to meet another person that is truly deserving of your heart.