Believe it or not, men aren’t only interested in the body of a woman. Most of the time they want the same things we want but in a different way.

That’s why it’s very important to understand that men have wants and needs that go way beyond sex and in order to have a loving and fulfilling relationship, we need to know what those things are. 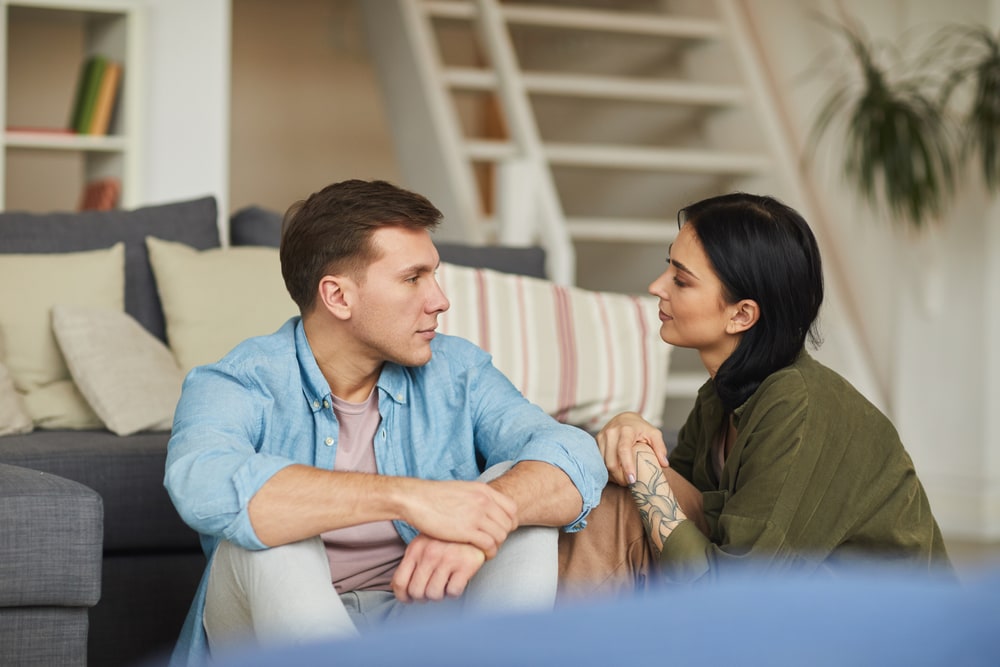 Your man loves this even more than sex—hen you can sit down with him and talk about his day, not asking too many questions, just listening to his problems and making him see that he is understood.

Understanding that he’s been through a lot and that you are willing to take a step back for a day or two is very important to him. 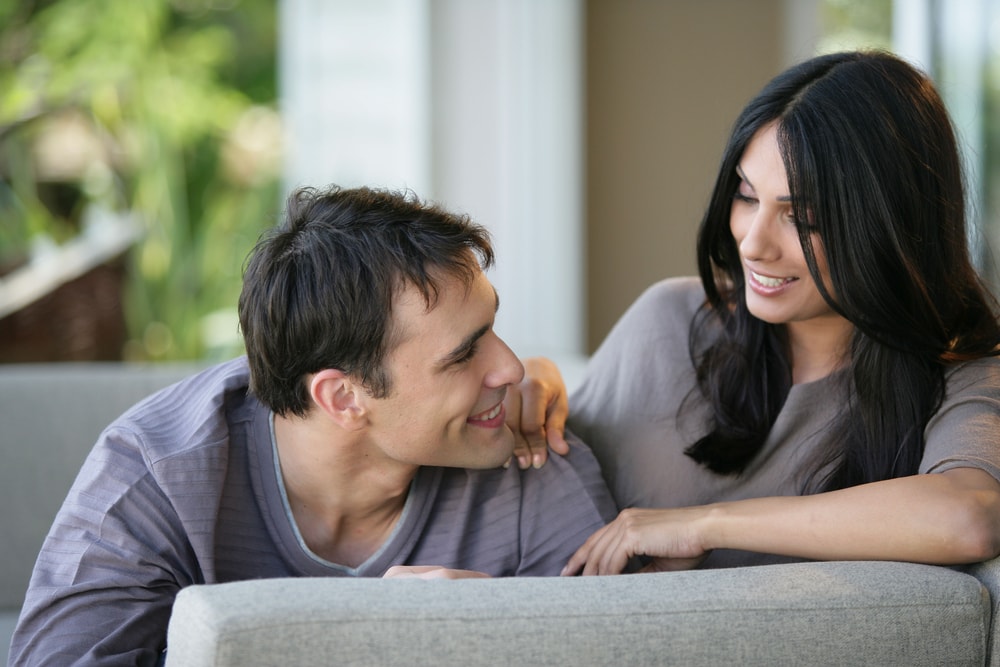 If you’re trying to change him all the time, it’ll only lead to arguments. If you didn’t like him in the first place, then why are you with him?

If you get to know him beforehand and you decide to start a relationship with him, than there is no need for you to try and change him.

I know that he probably leaves dirty socks all over the house, but love him anyways. Accept that he’s not perfect and show him that you don’t judge him for his flaws.

He will probably fail at a lot of things in life, but accept him for who he is. That’s the right motivation to make him see that you’ve got his back no matter what. 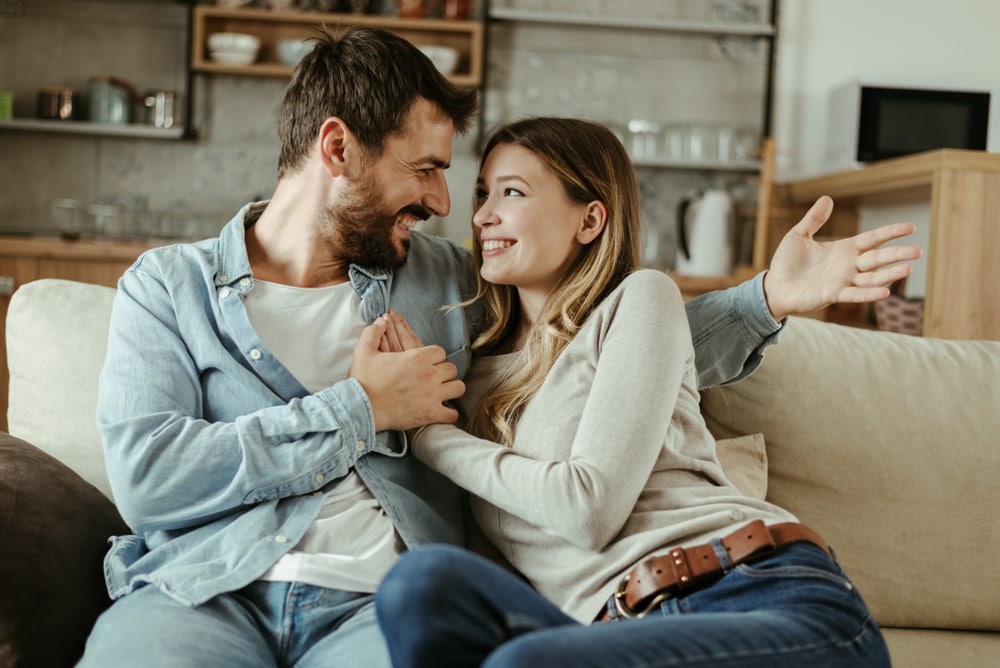 Just like we do, men love honesty. They don’t like being lied to or played. These things simply aren’t attractive and even those ‘white lies’ can make him mad.

So, stop hiding things from him and tell him what’s on your mind.

You wouldn’t like him keeping a secret from you too, am I right? He has had enough people in his life who’ve lied to him. Don’t be one of them. 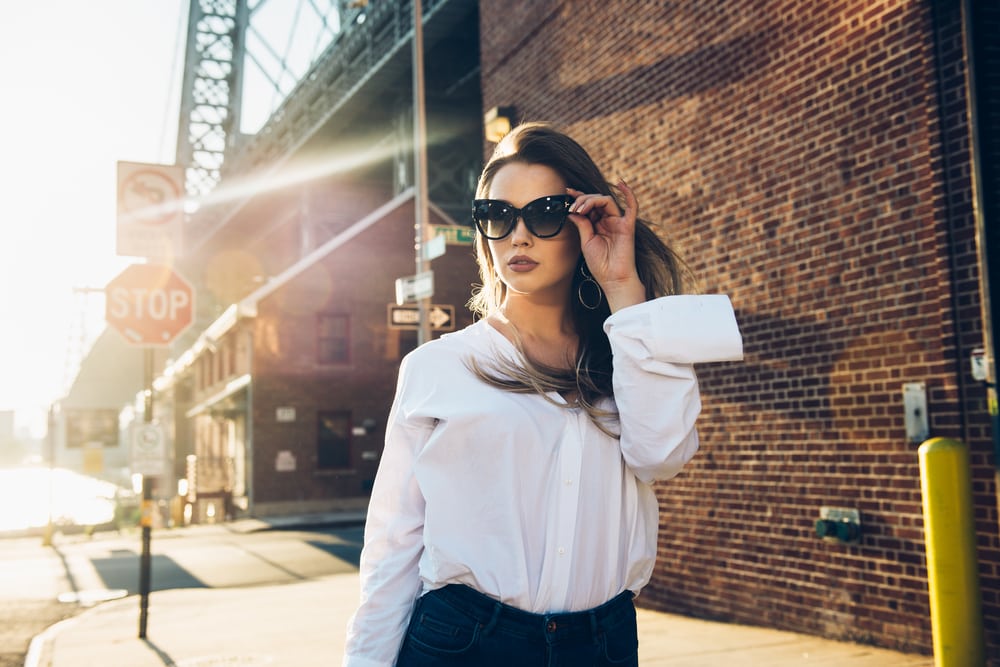 OK, just to be clear, we’re talking about a REAL man here—not a pussy who can’t handle a woman. That’s why I can tell you that every man out there wants a strong woman.

A woman who can take care of herself and him, if needed. He wants a woman who knows what she wants and goes after her dreams full-heartedly.

He wants a woman who has something just for herself, like her own paycheck, that can allow her to get herself whatever she wants without ever asking him for permission. Strong women are always a huge turn-on. 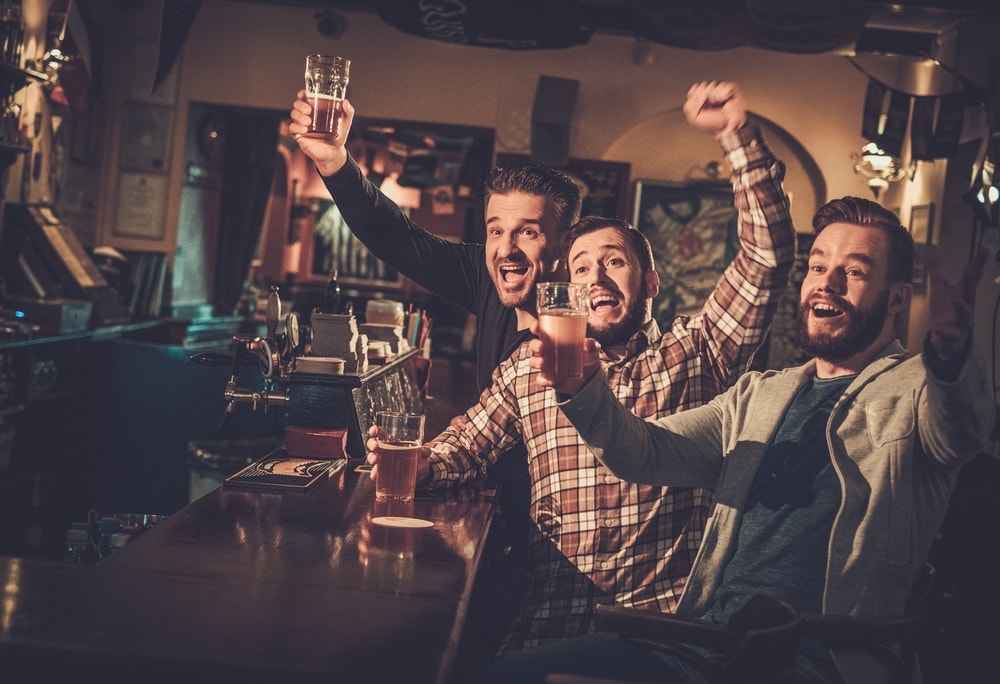 Men are known for their free spirits and that’s why they hate it when we’re try to take that away from them.

Of course, you need to set boundaries—freedom doesn’t mean that they can go around cheating—just that you won’t tag along wherever he’s going.

If he wants to spend a night with his friends at a bar, don’t come along. Let him enjoy it. 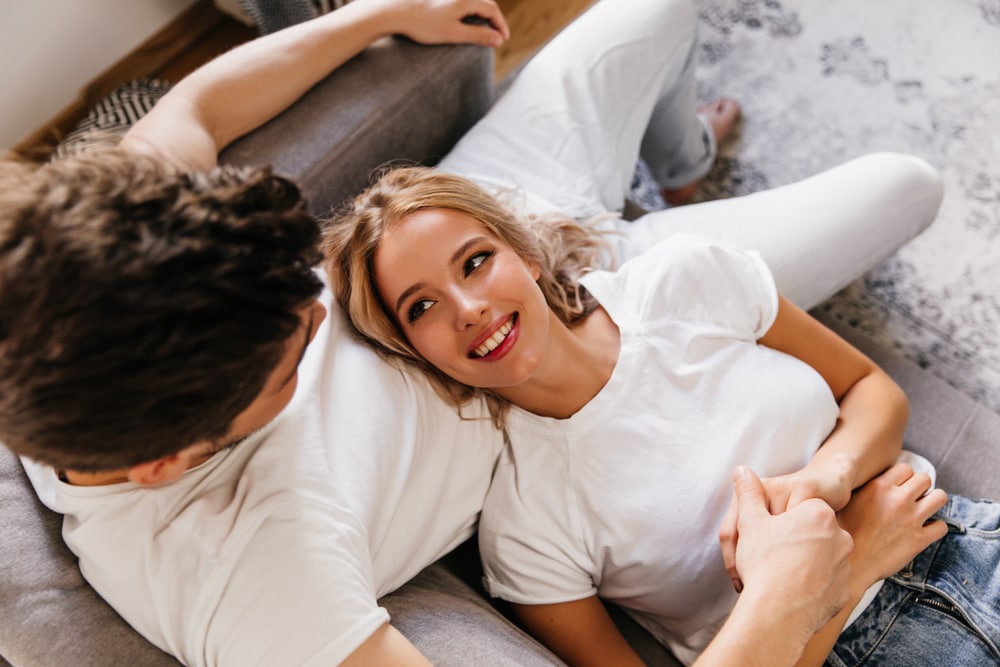 When your man sees you smile, it’s like the biggest reward you can give him.

Whenever you cry, he does feel guilty even if he wasn’t the cause for it. He’s feeling bad because he doesn’t know a way to make you feel better.

That’s why your smile is sacred and he knows how to appreciate every time you look at him with that spark in your eyes and a wonderful smile on your face. 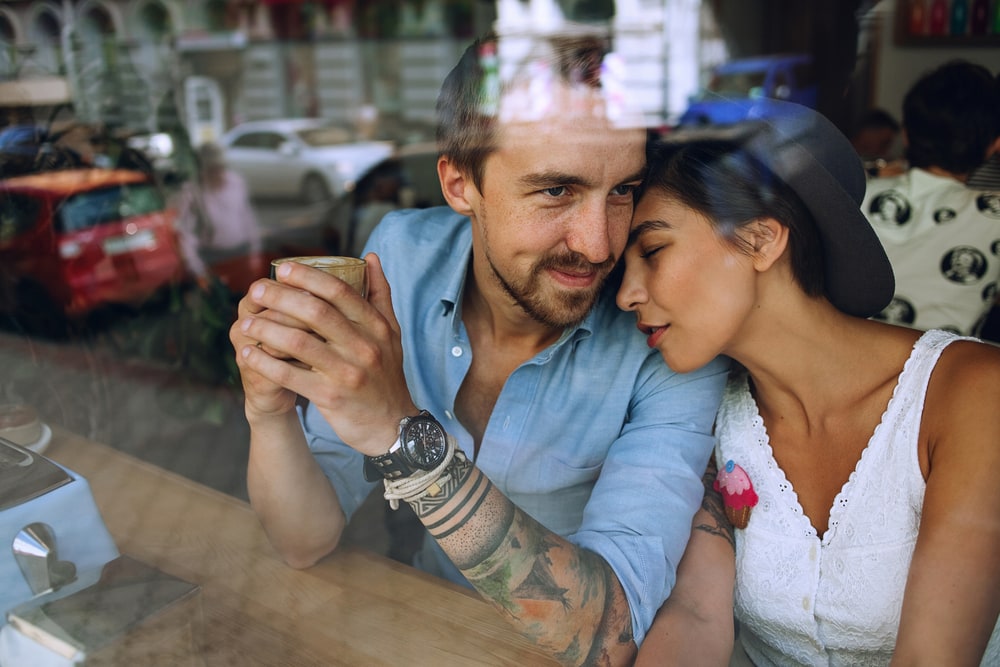 With or without sex, cuddling in bed is the best therapy.

It’s gives him the opportunity to feel close to you without the sweat of sex and it’s also a perfect time for him to talk about his feelings—which he wouldn’t do if it was any other scenario.

Random cuddling when he’s just laying in bed and you approach him, kiss him and hug him, means the world to him. 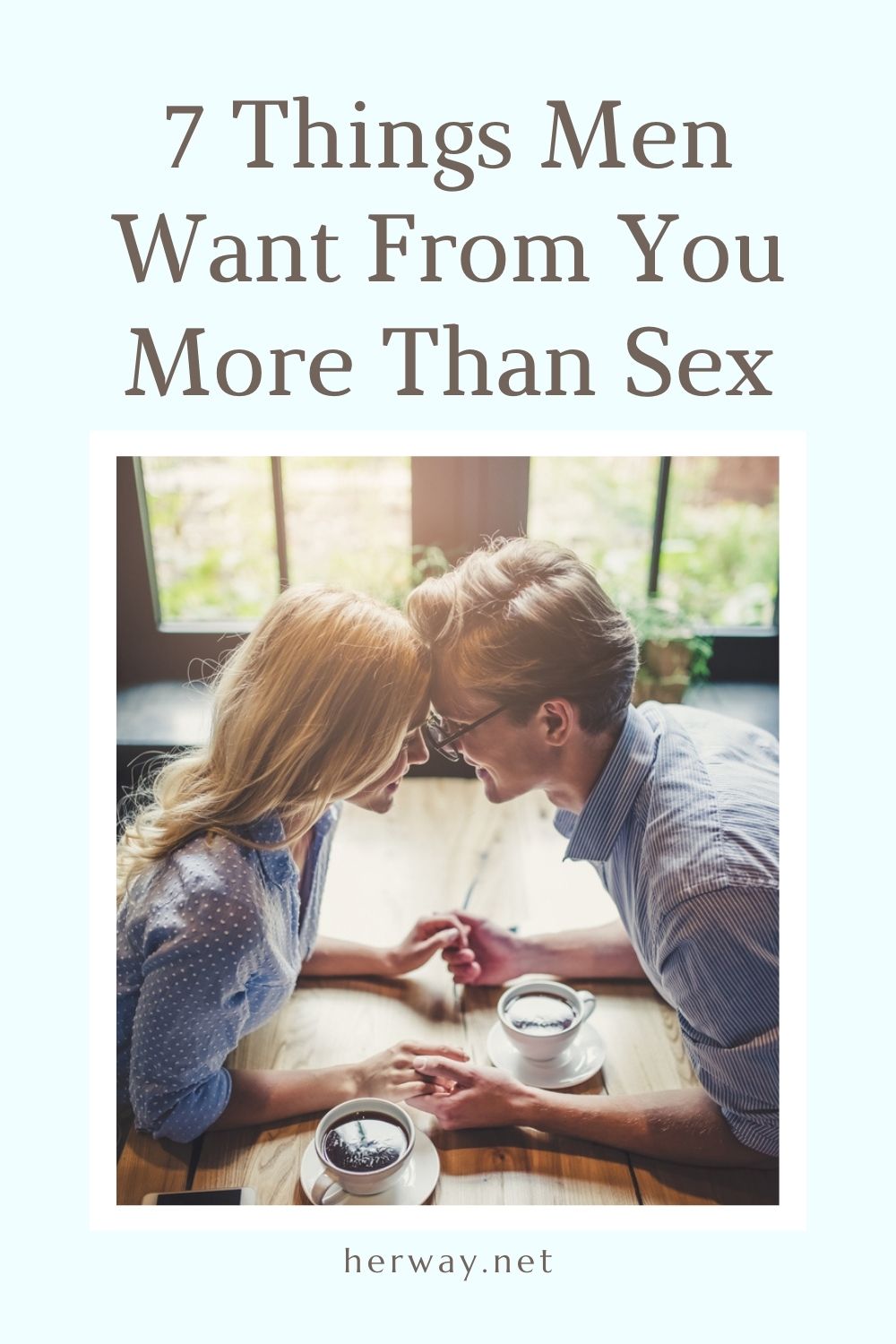