There is this special girl, a one of a kind girl who is different than every other girl you’ve met.

You might think that she is heartless and ruthless. Actually, she is someone who knows how to love.

She has been hurt before 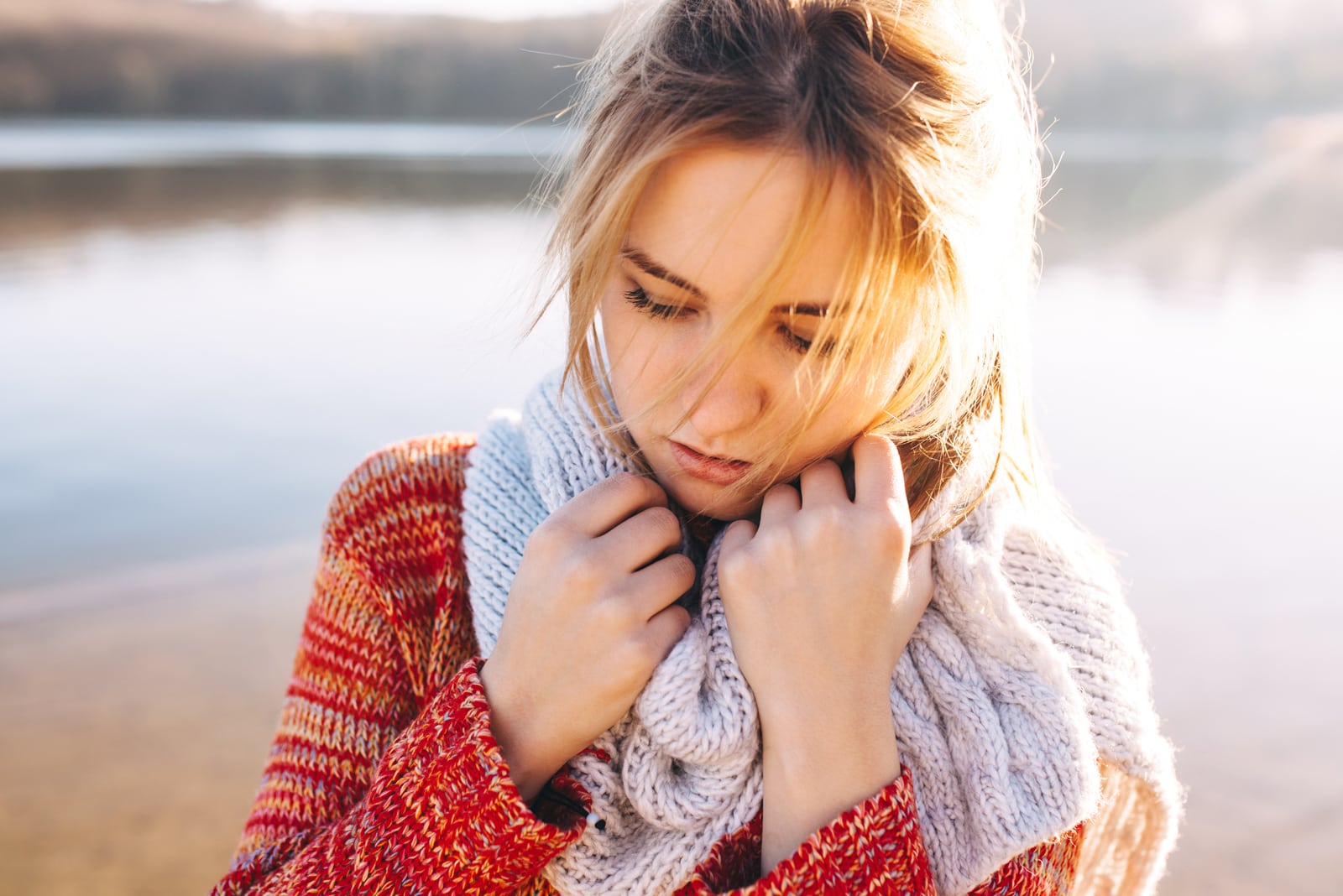 One of the first reasons why this woman is convinced she is not meant to be loved is the fact that she has been through a lot in the past.

She was this open-hearted, vulnerable and naive girl who was ready to carry her heart on the sleeve.

A girl who had faith in people and that brought her a lot of troubles.

But her past experiences taught her to be different.

Her heartbreaks and failed relationships taught her to become guarded and to protect herself the best way possible.

They taught her that the best thing she could do was build thick and high walls around her heart.

All of the pain she’s been through has made her skeptical and made her wonder if love even exists. 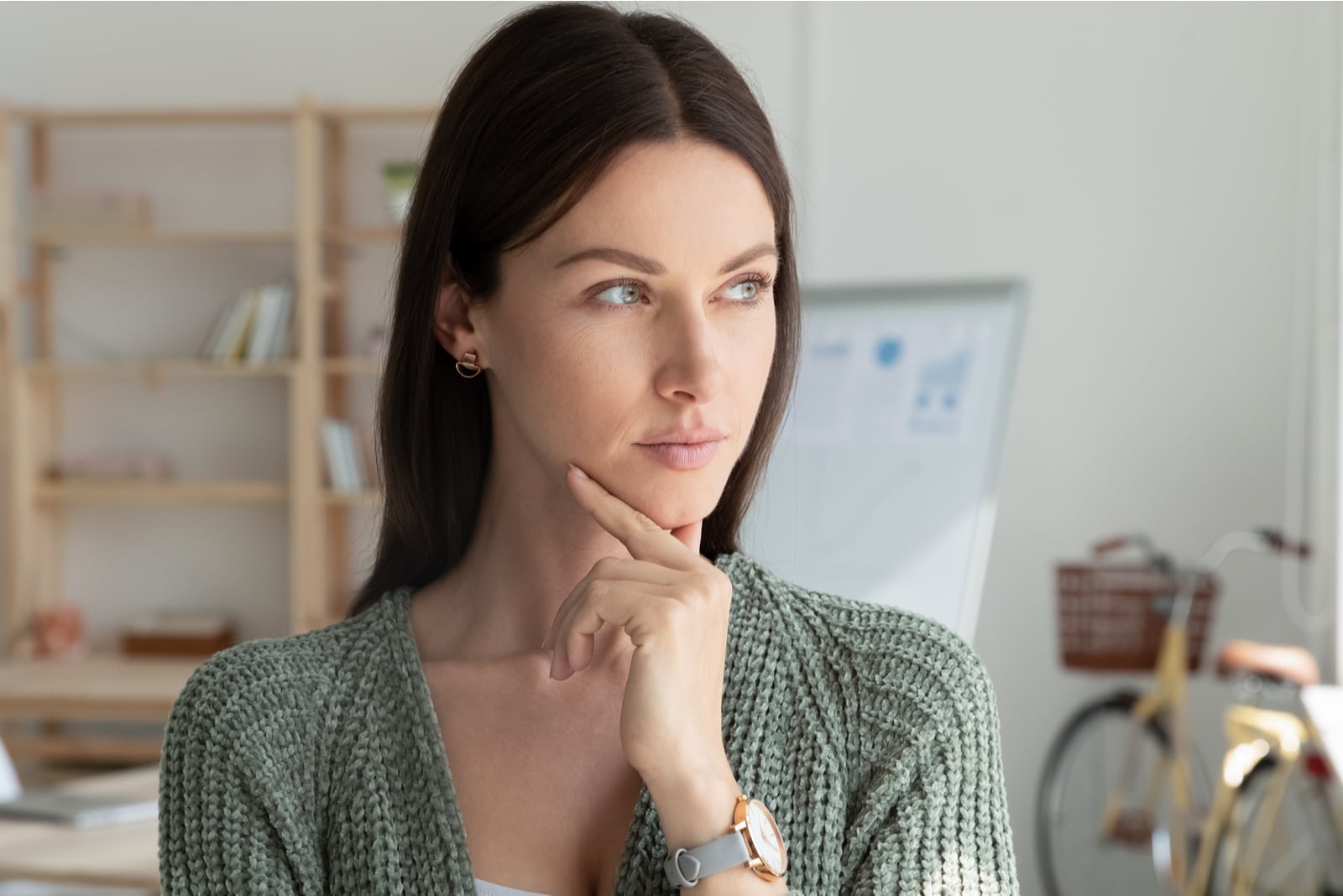 I won’t lie to you—this girl isn’t easy to handle. The truth is that she is challenging and that she has a complicated mind.

She is not easy to impress or amaze, and being with her takes a lot of time, energy and patience.

This girl has a complex mind. She doesn’t crave a simple life. No, this girl always wants more. She has big dreams, hopes and aspirations.

Being with this girl can sometimes make you feel like you are trying to solve a puzzle. She will always confront you, question and analyze everything.

And this is one of the things which has made her think she is hard to love.

She is convinced that she will never find someone who is ready to put up with this part of her.

That she will never find a man who will be ready to put an effort into someone like her.

She doesn’t want to change 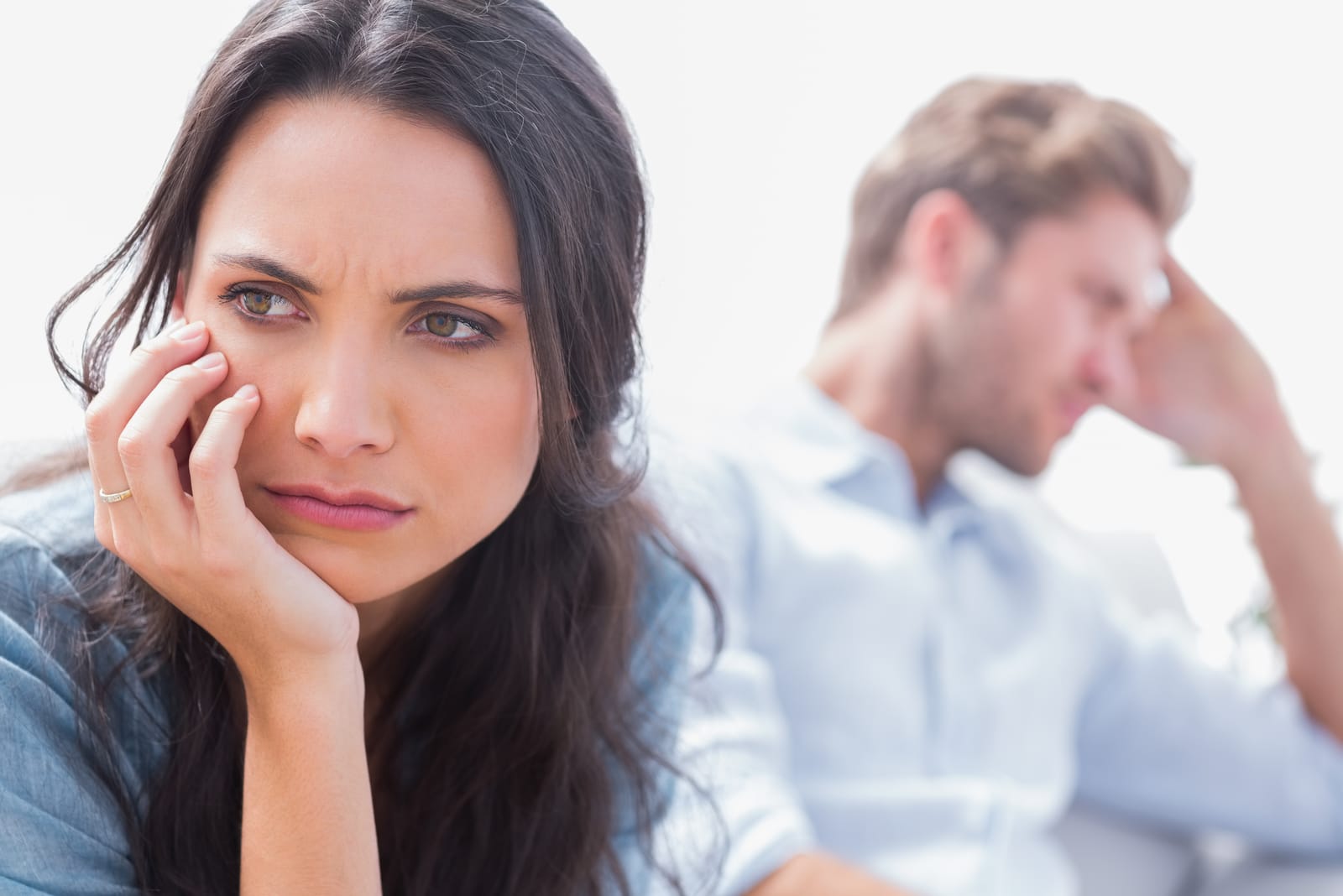 This girl isn’t willing to change for anyone’s sake. This doesn’t mean that she isn’t ready to compromise with her romantic partner.

But she will never change the essence of her personality, no matter how much she loves you.

And that is something that has bothered most of the men in her life so far. They’ve all wanted to mold her and to make her fit their standards.

But this is not something she would ever agree on doing.

She would never agree on being someone she is not because she doesn’t need a man who can’t accept her for who she really is.

She is strong and independent 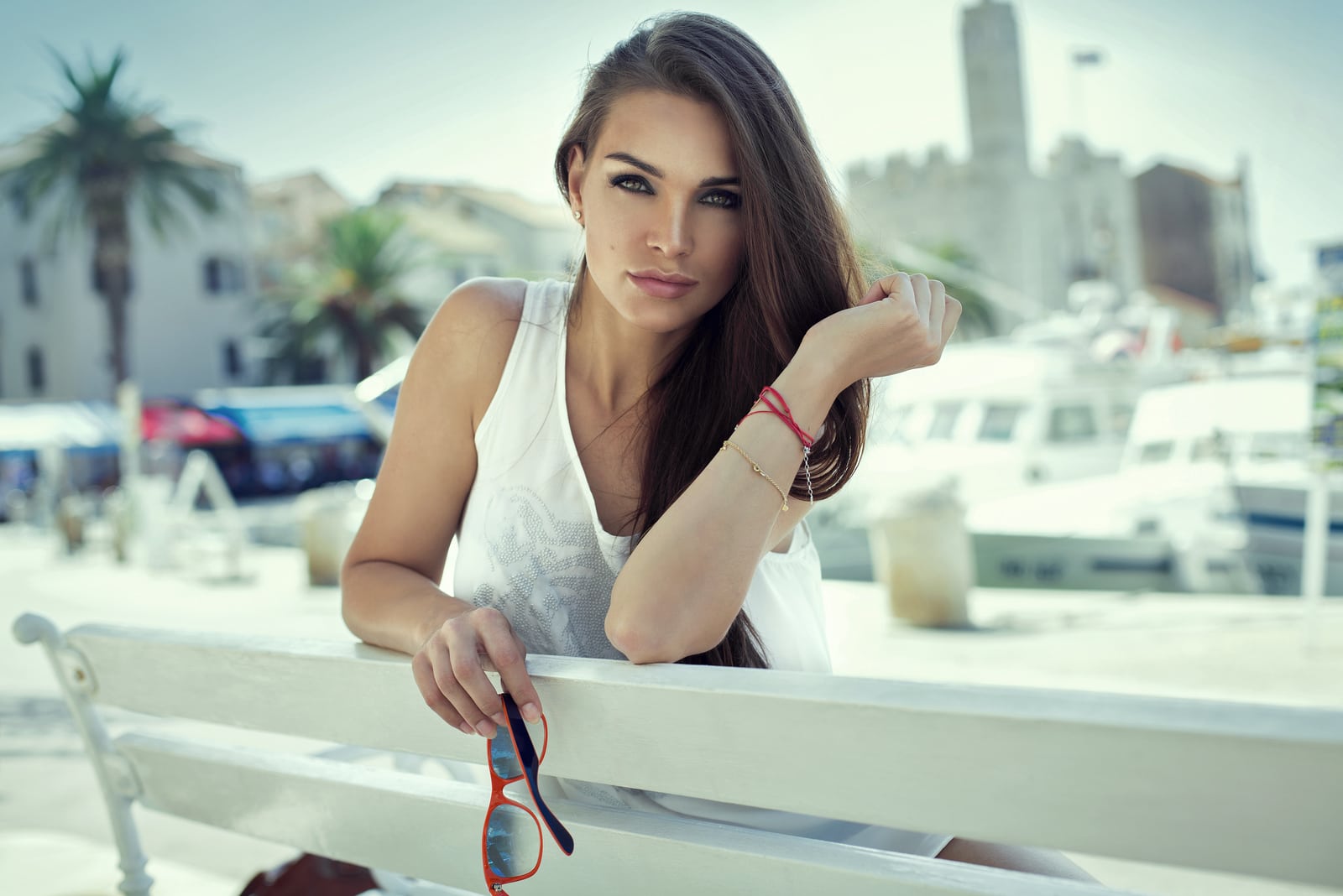 Everything this girl has been through in the past has toughened her.

It has made her a strong and independent woman who doesn’t need a man to feel good about herself. It has made her become the man she always wanted to have.

This girl has realized she doesn’t need a man to complete her nor to guide her through life.

And she definitely doesn’t need a man who will try to tame her or someone who will be intimidated by her. She doesn’t need someone holding her down.

All of this has made her think that she is simply not cut out to spend the rest of her life with someone.

It has made her think that she doesn’t need her other half and that she isn’t meant to find her soulmate and forever person.

She refuses to settle for less

When this woman looks around herself, she sees many couples who swear eternal love for each other.

But there is not much real love underneath that shiny surface. And this is not something she wants for herself.

You might think that this woman is too picky when it comes to men or that she plays hard to get, but the truth is that she only has high standards and deal breakers.

She is old fashioned 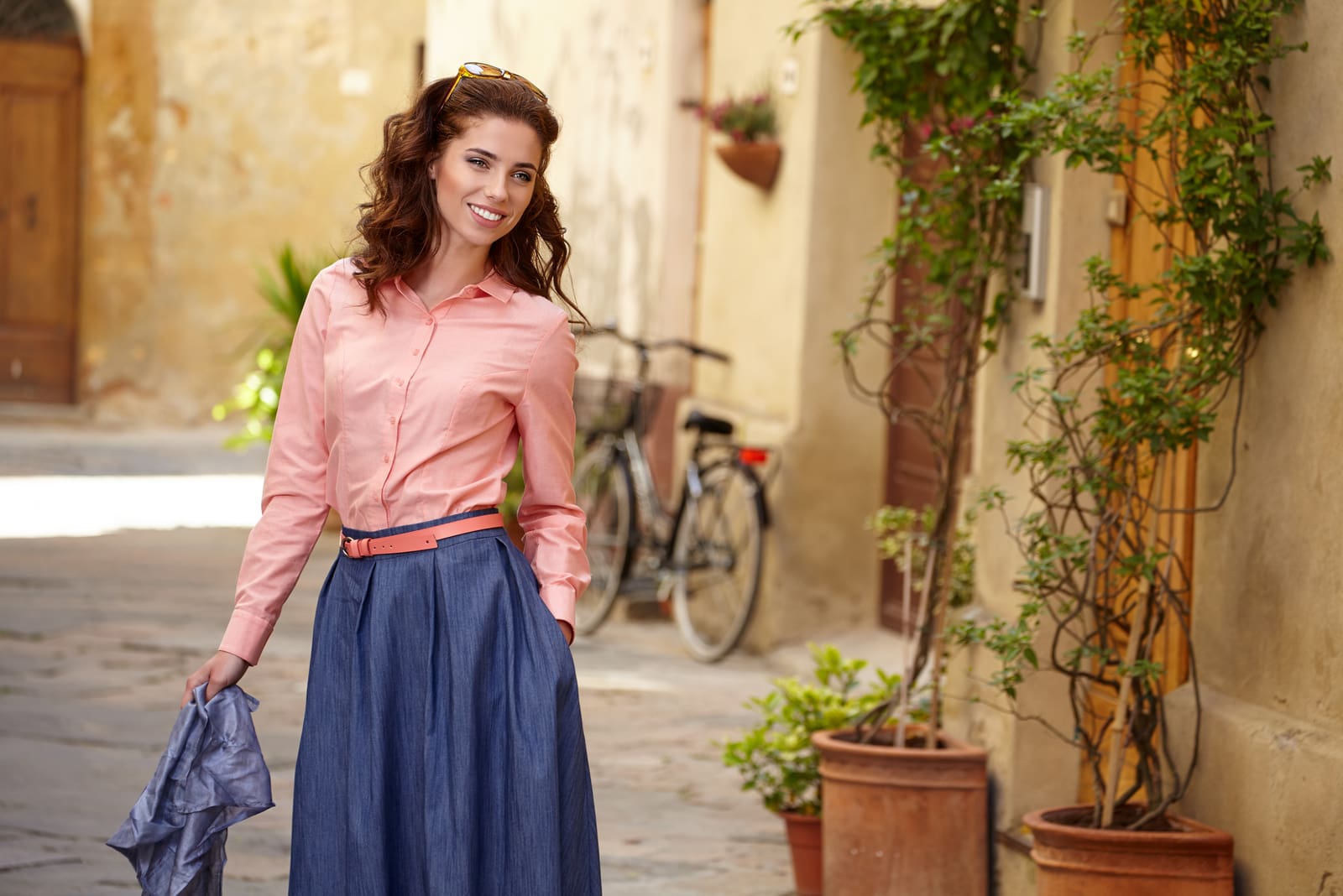 One of the things this girl despises the most is the concept of modern dating. She is an old soul and prefers to do things the old fashioned way.

But she can’t seem to find a man who will be the same, and she is convinced she could never find love in this era of one-night-stands and friends with benefits types of relationships.

Don’t get me wrong—she doesn’t judge anyone, but the point is that she is simply not made for meaningless flings and affairs.

She wants an old school love, a man who will court her.

A mature man who won’t be afraid to express his feelings for her, and a man who will put an effort into winning her over.

She wants a real gentleman, but she is scared that they’ve become a dying species.

She believes in fairytales 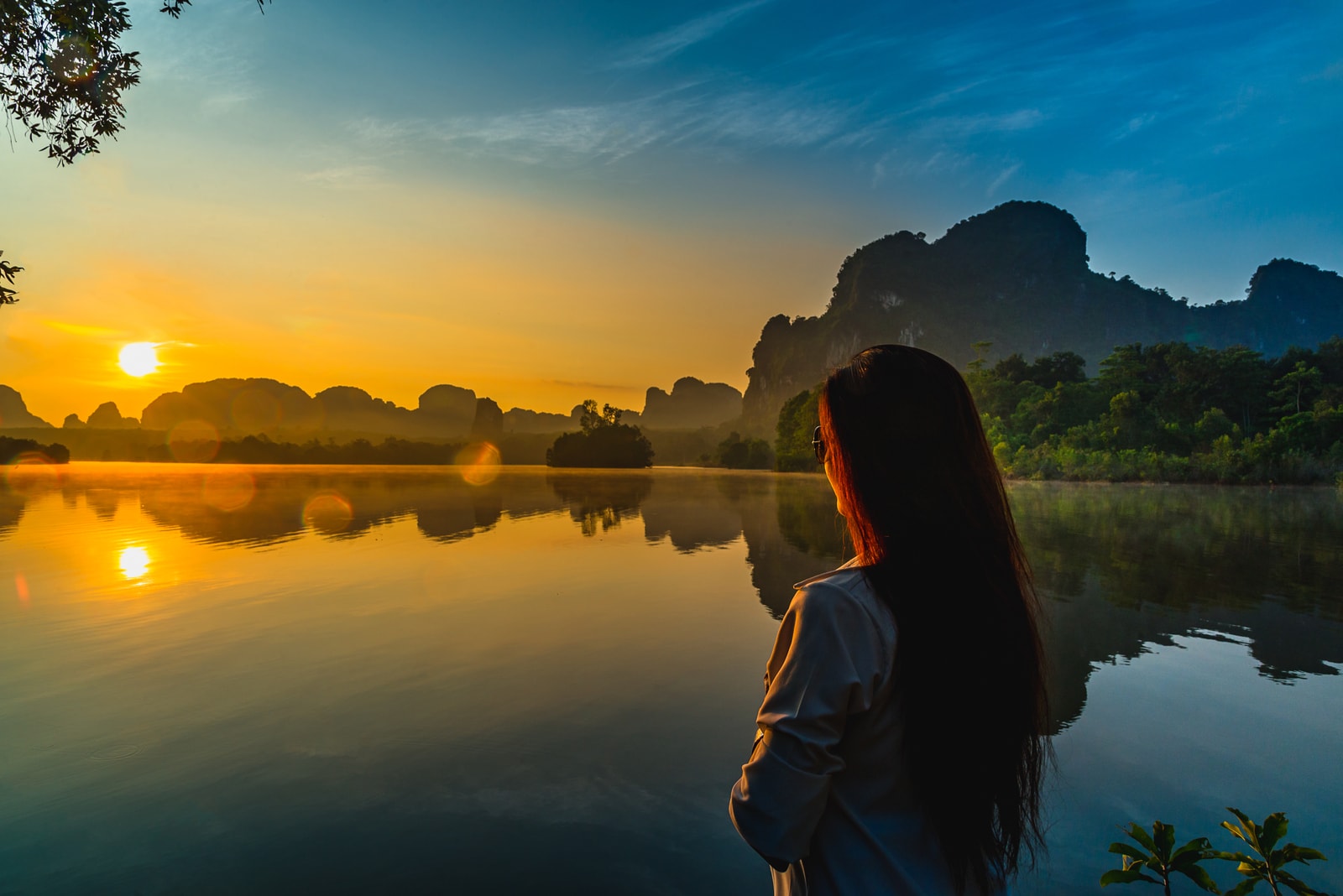 Even though this is a tough girl who knows what she wants from life, the truth is that deep down, she still believes in fairytales.

She still believes that love isn’t rational or logical and that it is a matter of the heart.

And she doesn’t want an ordinary love. She doesn’t want to be with someone just because it’s time for her to settle down or because she is afraid of being alone.

Deep down, she wants to experience a twin-flame love and a real life fairytale, and she doesn’t want anything less.

She wants to find a man who will be her true soulmate, but she also thinks she idealizes love.

She is convinced that she is being too romantic and that the love she wants for herself will never happen to her.

She’d rather remain single than be with the wrong guy 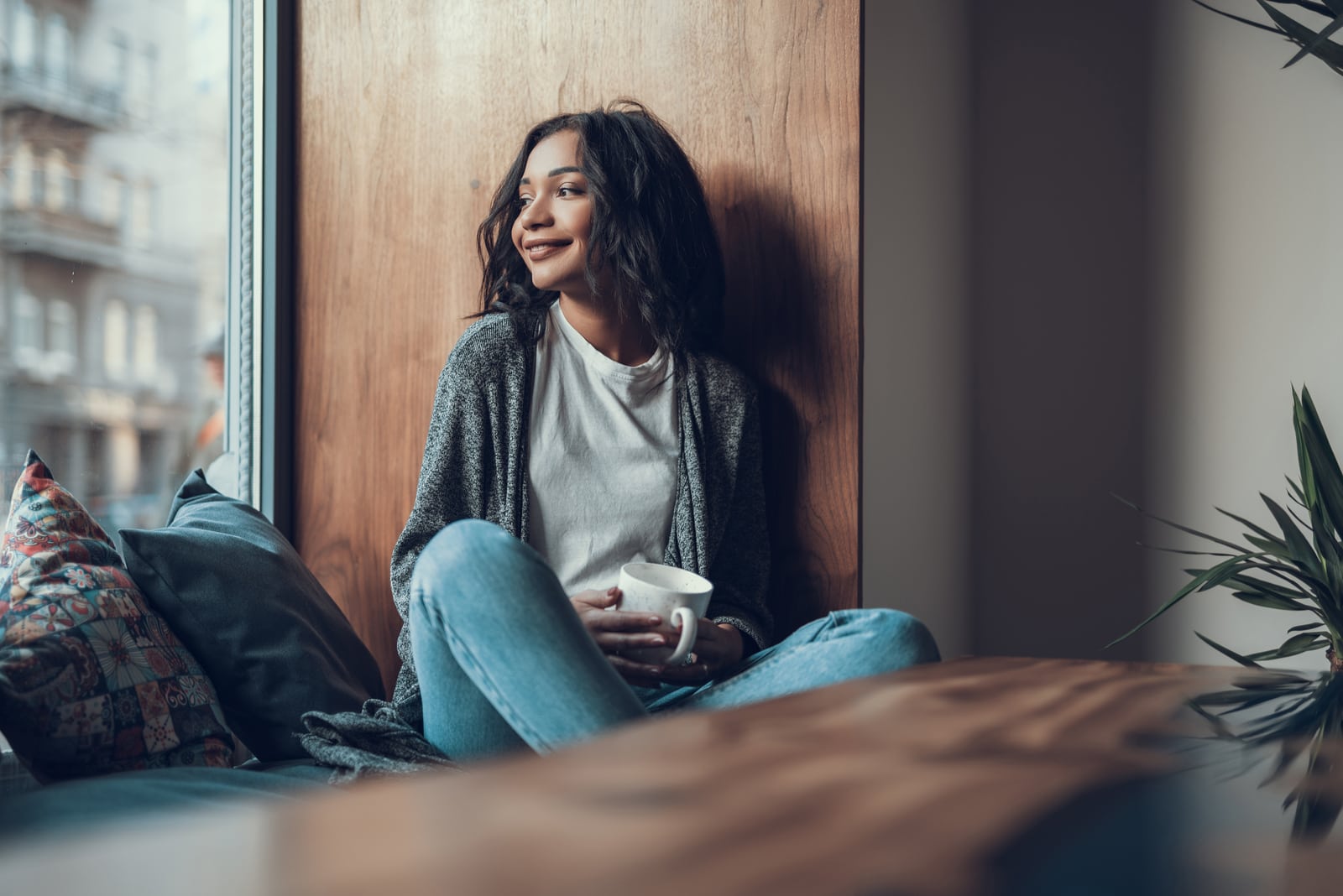 Another reason this woman is convinced that she is not meant to be loved is that she isn’t afraid of being on her own.

She isn’t scared of her single life, and she isn’t ready to be with someone just for the sake of being in a relationship.

She is waiting for the right guy who will give her everything she needs and deserves.

Sadly, she is slowly losing hope that someone like this will ever come into her life. 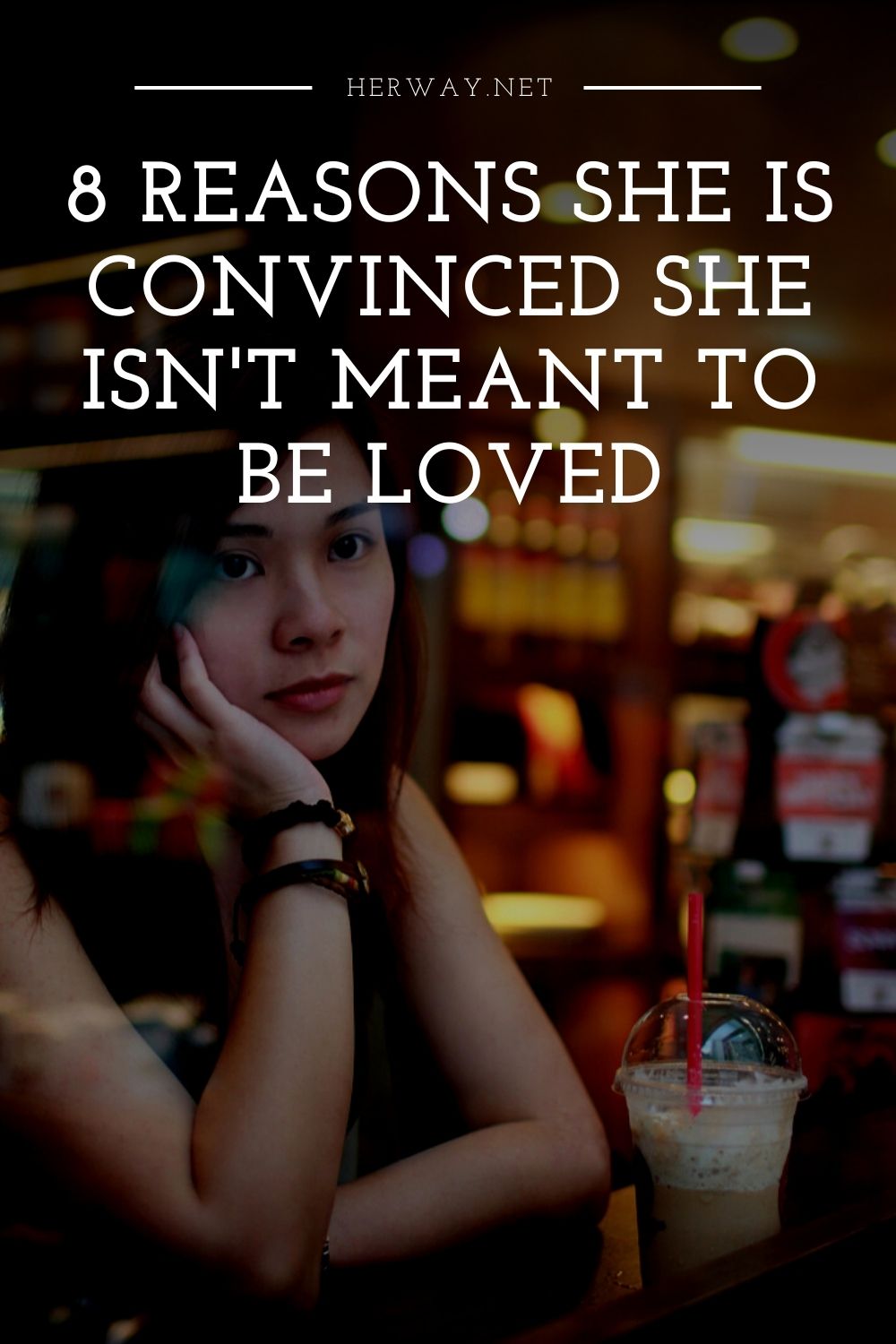 Amazing Post. Yes there are women like this. When her own people suggest them to adjust, compromise, seduce or manipulate a bit to mould the man in her way. But she can not do that because thats not her. But, what about these ladies are left alone till death ? These girls are insecure too. They also crave love, attention and support like everyone else does if not more.