Is it a good idea to date your ex again? In 9 out of 10 cases, I would say NO. But there are always exceptions to the rule.

Sometimes people are too immature and unprepared for a relationship. Sometimes there are so many ‘what-ifs’ left between two people that they crave one more chance.

Sometimes love is still alive in spite of everything. At those times, people decide to give it another go.

Sometimes people are willing to risk getting hurt again because they still feel too deeply. Sometimes they make it against all odds.

Dating your ex again can be a bittersweet experience. There are some things you become aware of when you decide to have that leap of faith.

Contents show
1 1. Heartache changes people
2 2. The feeling of familiarity will be very much present
3 3. You can’t undo the damage that was already done
4 4. Your loved ones might not be supportive of your reconciliation
5 5. Some things will make more sense at last
6 6. New things for a new beginning
7 7. They are more mature now
8 8. They finally learned to value you

Once your heart is broken, it can never be the way it used to. You are a different person now. You learned a lot, and you became stronger.

Dating your ex again will be a way of getting to know each other all over again. Don’t fool yourself into thinking you will pick up where you left off, and everything will be the same.

2. The feeling of familiarity will be very much present

Even though you’ve both changed, everything will feel familiar. You will know stuff about each other such as your likes and dislikes.

You have a history together that can be both a positive and negative thing for you—positive because you will feel comfortable around that person; negative because in the back of your mind, you will fear that the same bad things will happen all over again.

3. You can’t undo the damage that was already done

You had a reason for breaking up and it left a bitter taste in your mouth. You might find yourself distrustful and fearing that the same things will happen again even though you’ve both changed.

If you don’t leave the past in the past and forgive all that has been, there are slim chances you will make it this second time around.

4. Your loved ones might not be supportive of your reconciliation

Don’t blame them; they are just worried. They have been with you through your breakup, and they don’t want to see you hurt again.

They wiped away your tears. They listened to you. They were there for you to lean on, and it’s only natural that they are distrustful of your partner.

They want you to be happy. Make them see that you are well aware of the risk and that you appreciate their love and concern.

5. Some things will make more sense at last

Most breakups happen without closure, and there are millions of questions in your head that are left unanswered.

Now you have the chance to talk things through, see how your ex felt and why your ex did the things he or she did.

Just be careful—talking about your past is not good for your future. That’s why that talk should be limited to one or two conversations at the most.

If you keep rubbing the past up their noses and constantly making them feel guilty, you will always be stuck, and your relationship won’t be able to move forward.

6. New things for a new beginning

You have an opportunity to start fresh here, so don’t go back to your old patterns. Be more open and ready to communicate. Be more creative with how you spend your days.

There are always new things to do and new places to see. Don’t fall back into the rut you left behind. Try harder this time. Both of you.

7. They are more mature now

Assuming that you haven’t given a chance to someone who was manipulative, narcissistic, toxic or in any way abusive, you probably were with someone who was not ready for a relationship.

Commitment was the word they would get a rash from. They lacked efforts and investments. They were never there when you needed them. Basically, they were only halfway in.

They are all in now, and you can clearly feel the difference. They call and text regularly. You don’t have to beg for their time or affection. Everything flows freely.

8. They finally learned to value you

It’s like some kind of curse in people that they don’t see someone’s value in their life until they lose them. It was probably a long time coming, but they finally see your worth.

You will be able to see that they truly regret their actions. They will make more efforts the second time around because they will want to make all the wrongs right, and they will make you feel safe. 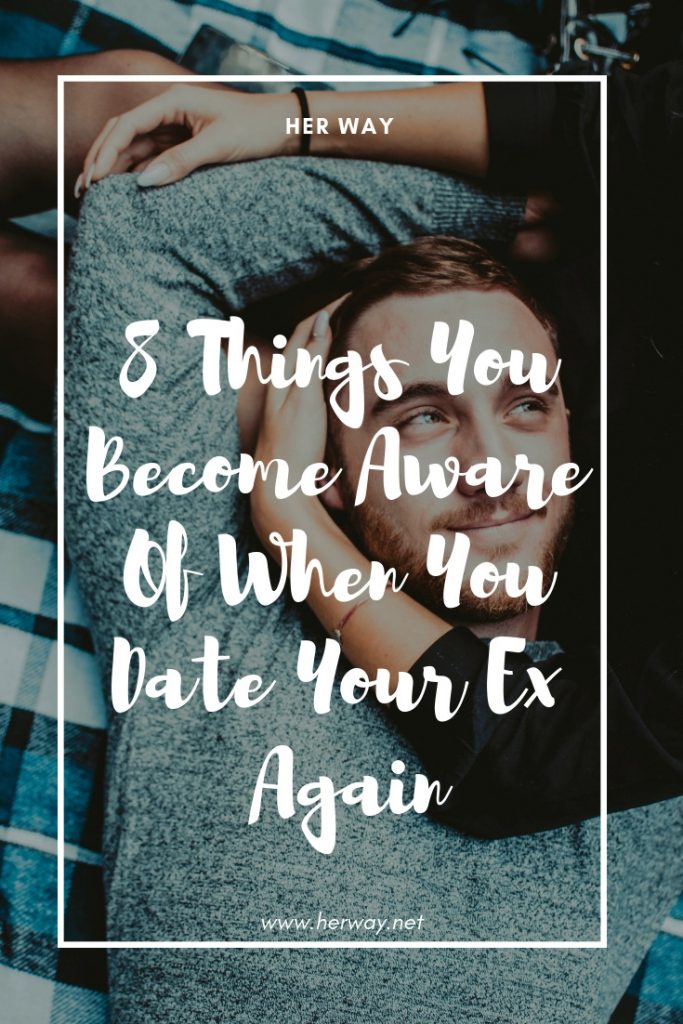