If you’re a shy guy, you probably have a hard time approaching girls because you worry about what they will think of you. You worry to that extent that you’re here reading this article, hoping to find the answer to your question: “Do girls like shy guys?”

As a female species, I am here to reassure you that your worries all this time have been in vain because girls LOVE shy guys.

Multiple times, I have heard girls talk about finding them intriguing and ridiculously cute (which I know is not the most masculine adjective) but the point is that most girls are actually crazy about shy guys!

And do you know why? Because shy guys have this mysterious aura around them which distinguishes them from the rest of the male species. They are not like an open book which many girls find hot and adorable at the same time.

Please, forget about all of those macho men that the media is constantly instilling into your brain, saying that girls fall only for macho, tough men who use Old Spice (to smell like a real man). Joking aside, just because you have a different type of personality and you’re not all that macho around girls, this doesn’t mean that they don’t like you.

On the contrary, the majority of girls would always choose a shy guy over an intrusive one who does not let them breathe. You see, shy guys are maybe not that macho but they have decency and style which is more important to every girl out there.

Let me tell you one secret about girls regarding shy guys. To them, you’re like a real gem that they need to discover yet, which is extremely exciting and inviting. Your introverted side is interesting as hell to them and they are dying to get to know you better, to understand how your brain functions.

And that is your biggest advantage. You don’t even have to make an effort to get a girl to like you, like the rest of them. You could simply be silent and let her do the introductions and then say a word or two and you will still amaze her without even trying.

How awesome is that? So, with all this evidence I now order you to stop being so self-critical and delete all of the negative thinking about your personality because you are freaking AWESOME and yes, girls LIKE you. If you still don’t believe me, here are plenty of reasons to assure you that you shouldn’t doubt it for a second. 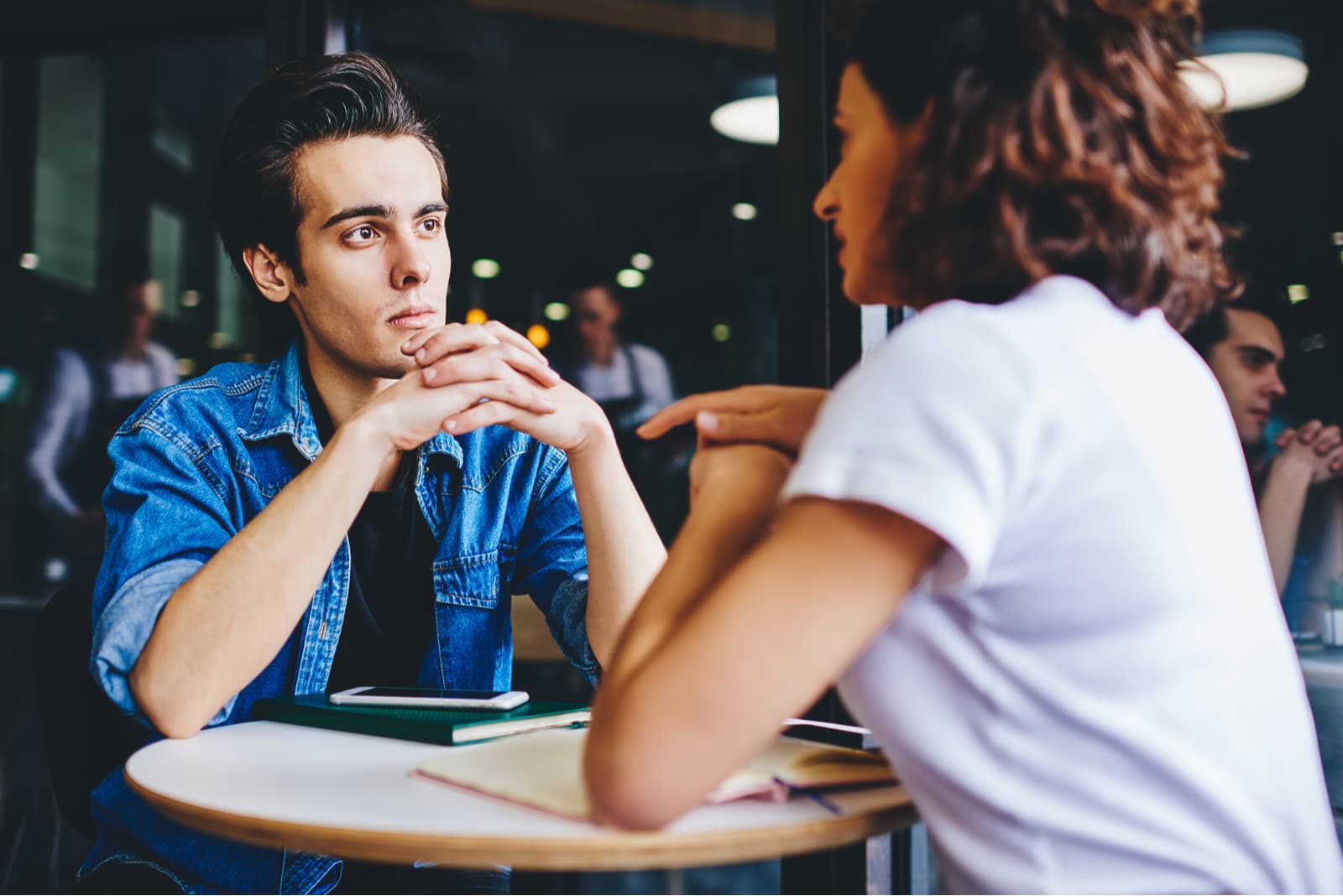 Since they are not that talkative by nature, shy guys are awesome listeners which is every girl’s dream. They know how to listen carefully and they are interested in everything they hear about others (without pretending to be interested).

Their listening skills are the most powerful weapon because most guys are only interested in what they have to say to others in order to amaze them with how cool, smart or similar they are. But shy guys don’t have any such problems and that is why girls simply adore you. 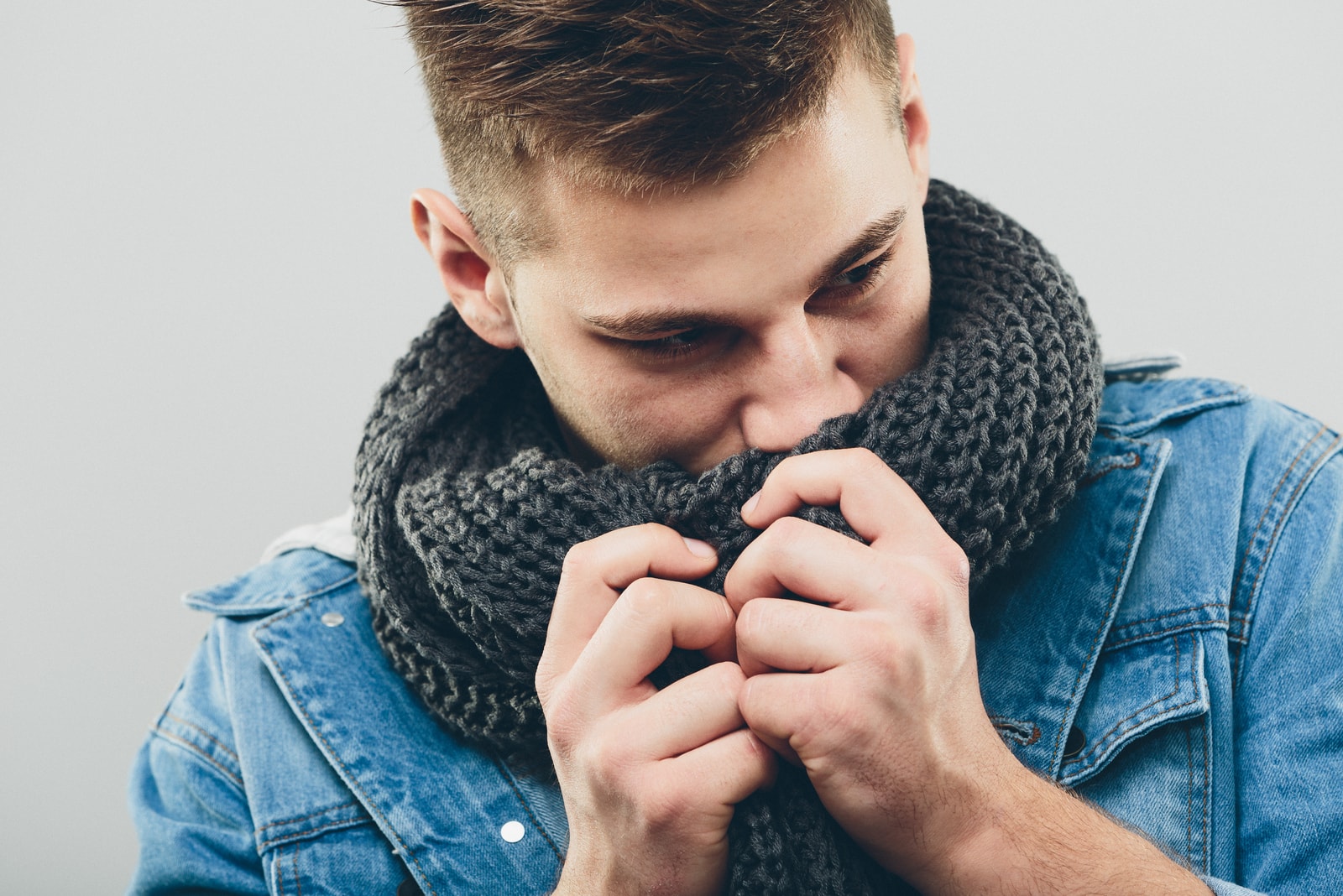 Another great predisposition of shy guys is their mysterious side that other guys would kill to have too. But to shy guys, being mysterious is second nature. They know the perfect timing when to say something to a girl and when to pull back and listen to her.

They know how to intrigue every girl’s mind by not giving them every single detail about their life and if you ask any girl out there, that is extremely sexy.

Girls will always be dying to hear something new from you so that they can solve that riddle of your mysterious nature.

They are great at talking (when they open up) 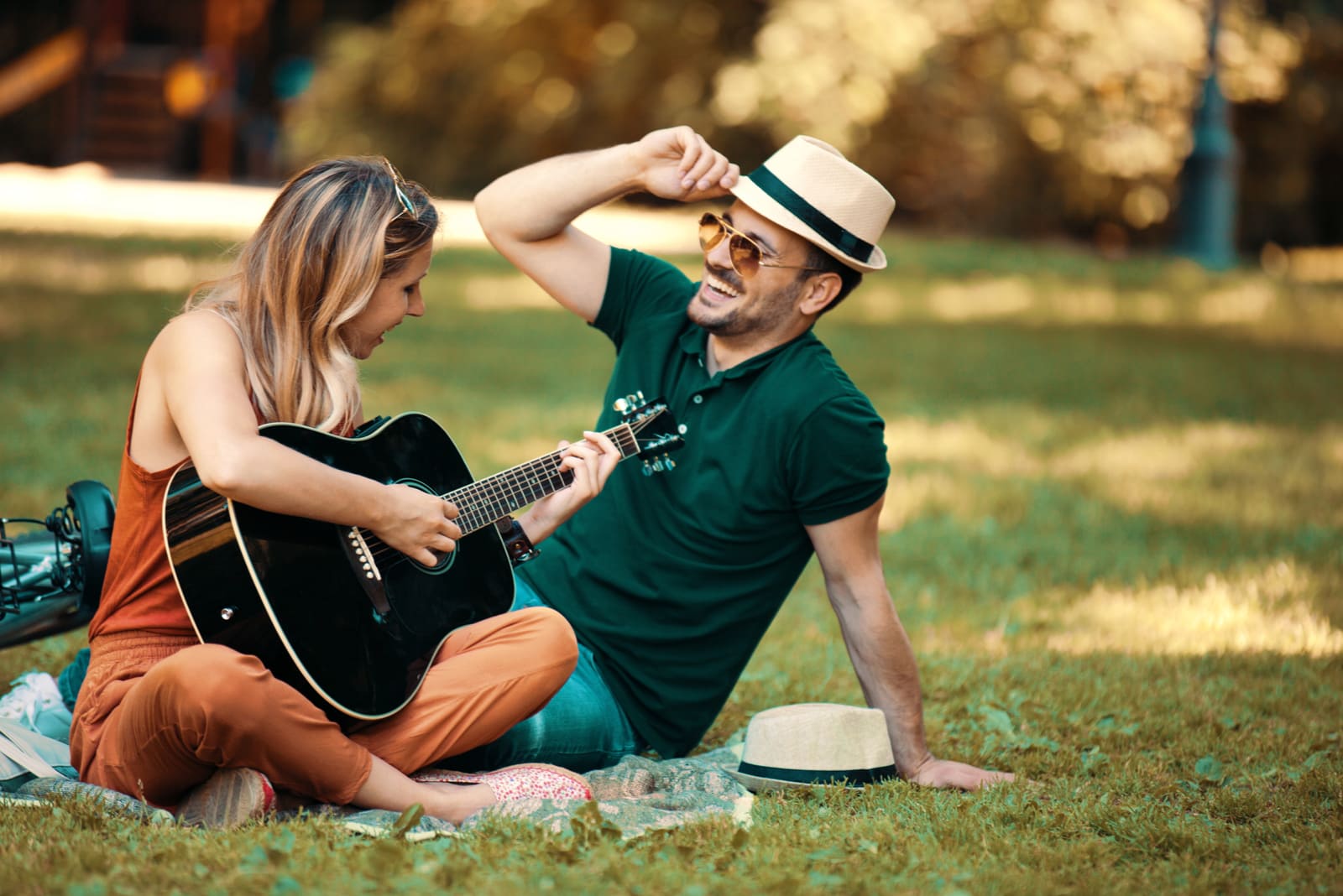 When they open up, shy guys are amazing conversationalists. The reason why this is so is because all of that time spent listening to others improves their ability to think critically and to improve their analytical skills.

When a shy guy decides to say something, he always makes sure to find the best way of sharing information.

They don’t talk just for the sake of talking, they strive to have an interesting and creative conversation with everyone (and especially girls) which is an amazing trait and necessary in the dating world.

And even if they say something that they shouldn’t, they easily find a way to alleviate the consequences and rephrase their words. 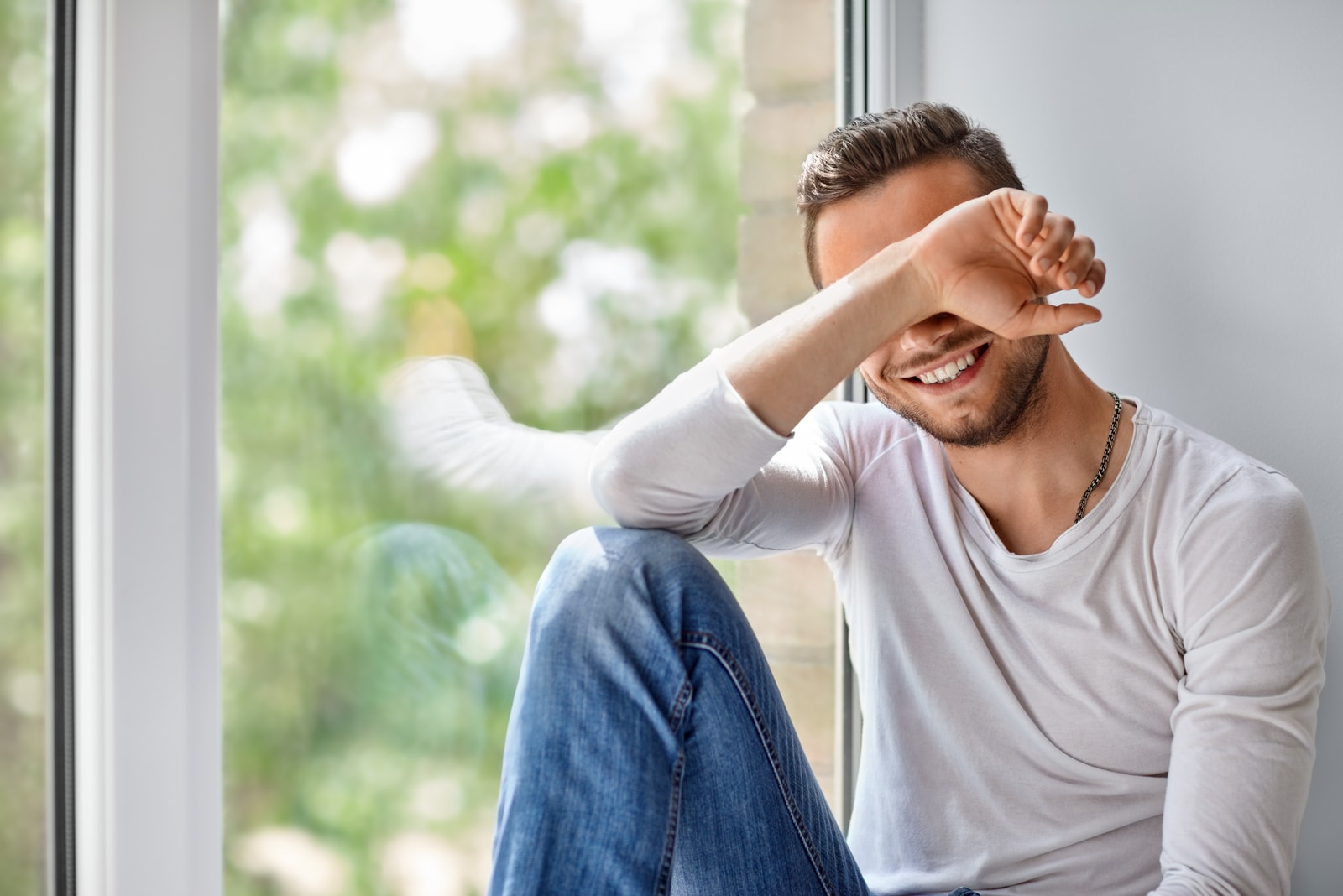 Shy guys are genuinely humble to the core. They don’t like to be at the center of attention like most guys do. They are not narcissistic assholes who only think about themselves and who degrade others around them because that is not how they are wired.

They are down to earth and humble about their achievements and everything they do in life. When they help someone, they don’t expect everyone to clap for them and give them a reward for it.

Instead, they will keep being silent and proud about something good they’ve done for someone. And that is what makes them totally awesome.

They are always into deep thinking which is HOT as hell 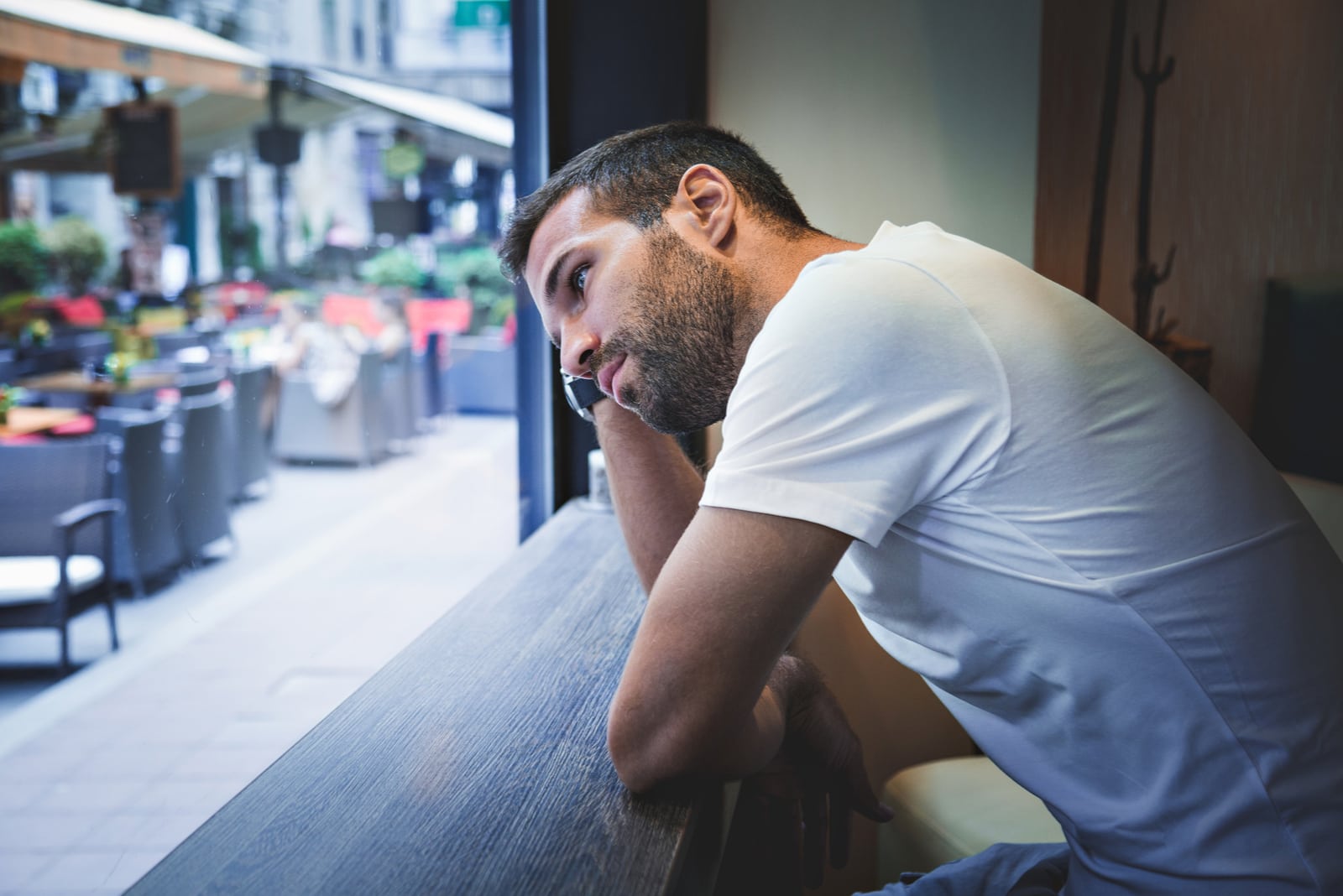 When they are silent, that doesn’t mean they are stoned or that they aren’t thinking about anything. There are hundreds of thoughts and much information their brain is processing when they are not talking. They are always into some deep thinking which is HOT.

Being with a guy who is using his brain’s potential and constantly thinking, calculating and connecting the dots is every girl’s dream because no one wants to be with a couch potato who is not interested in anything that is going on around him. 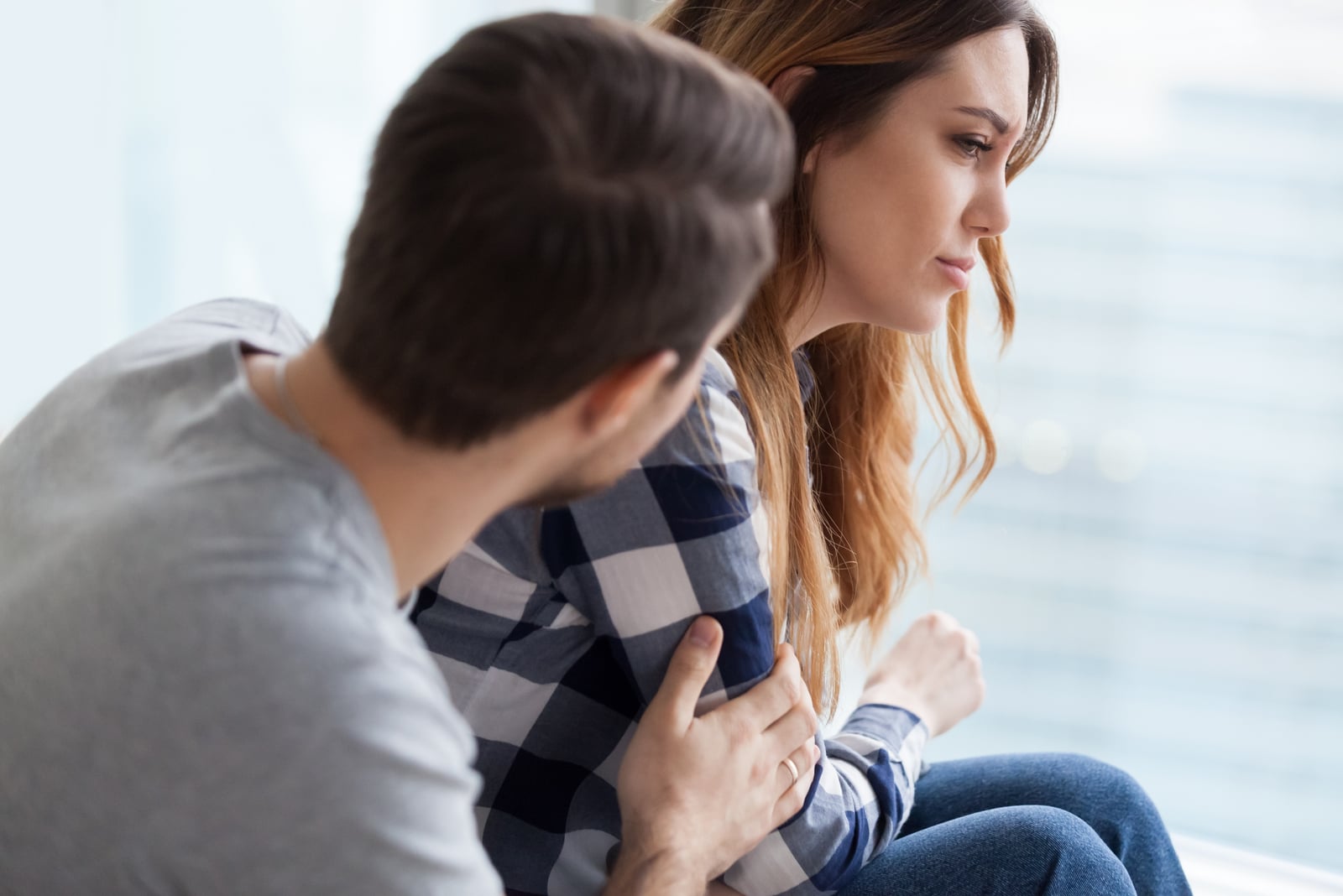 Even though at first they might seem reserved, when you dig deeper, you’ll see that shy guys are made of emotions and sensitive layers. They are sensitive to other people’s needs and they are always ready to help because they are selfless and giving.

They are also sensitive about the mistreatment of others and they will always stand up for you if needed.

They will always put other people’s happiness before themselves and not many of us out there are ready to do the same. Shy guys are the perfect combination of sensitive and brave which is rare to find today. 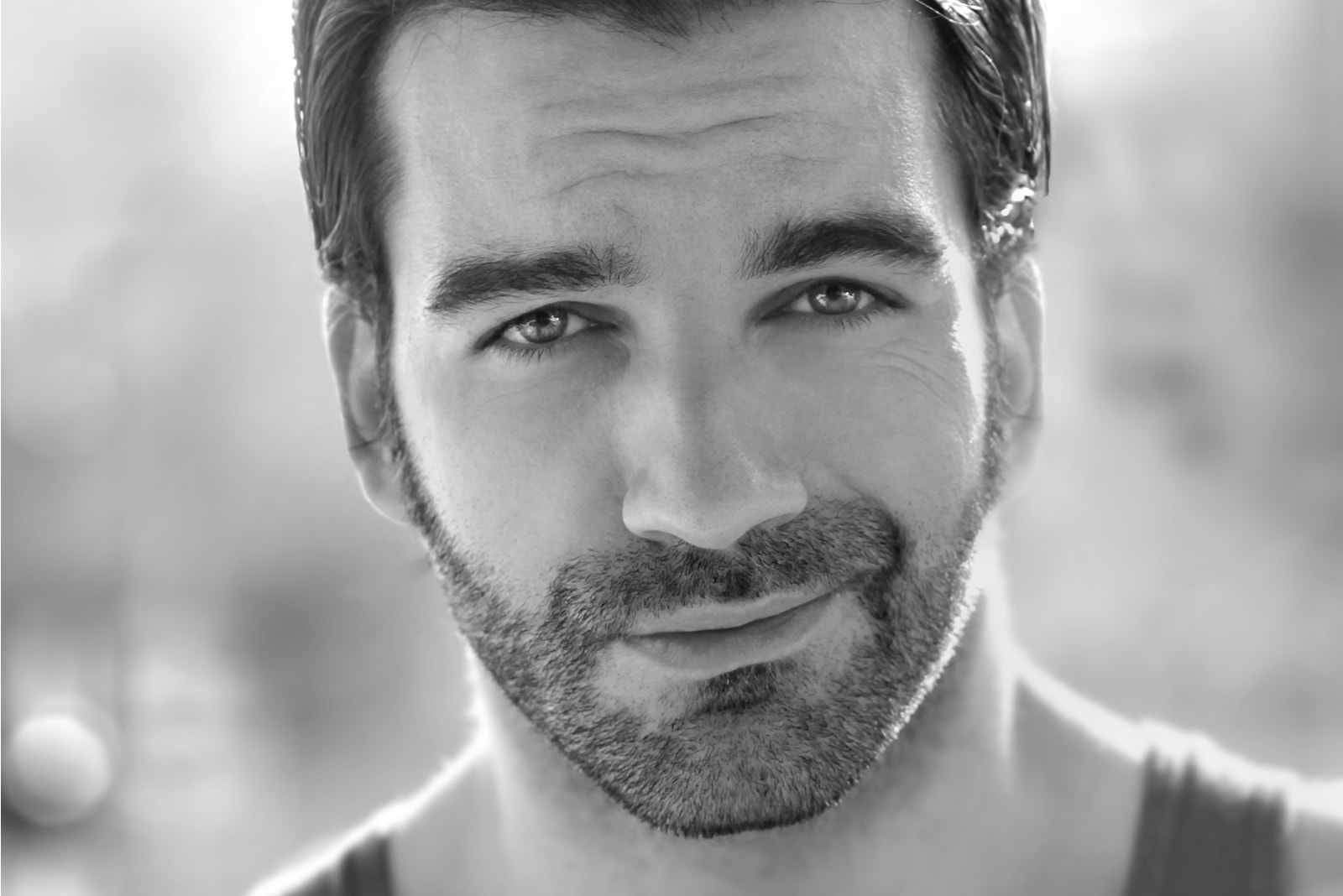 They have unusual hobbies and interests and they always have something to talk about it which makes them interesting. They are not afraid of what others will think of them if they say that their hobby is something really weird or rare.

As a matter of fact, they will proudly speak about it because they have lots of self-respect and confidence in their preferences and doings. 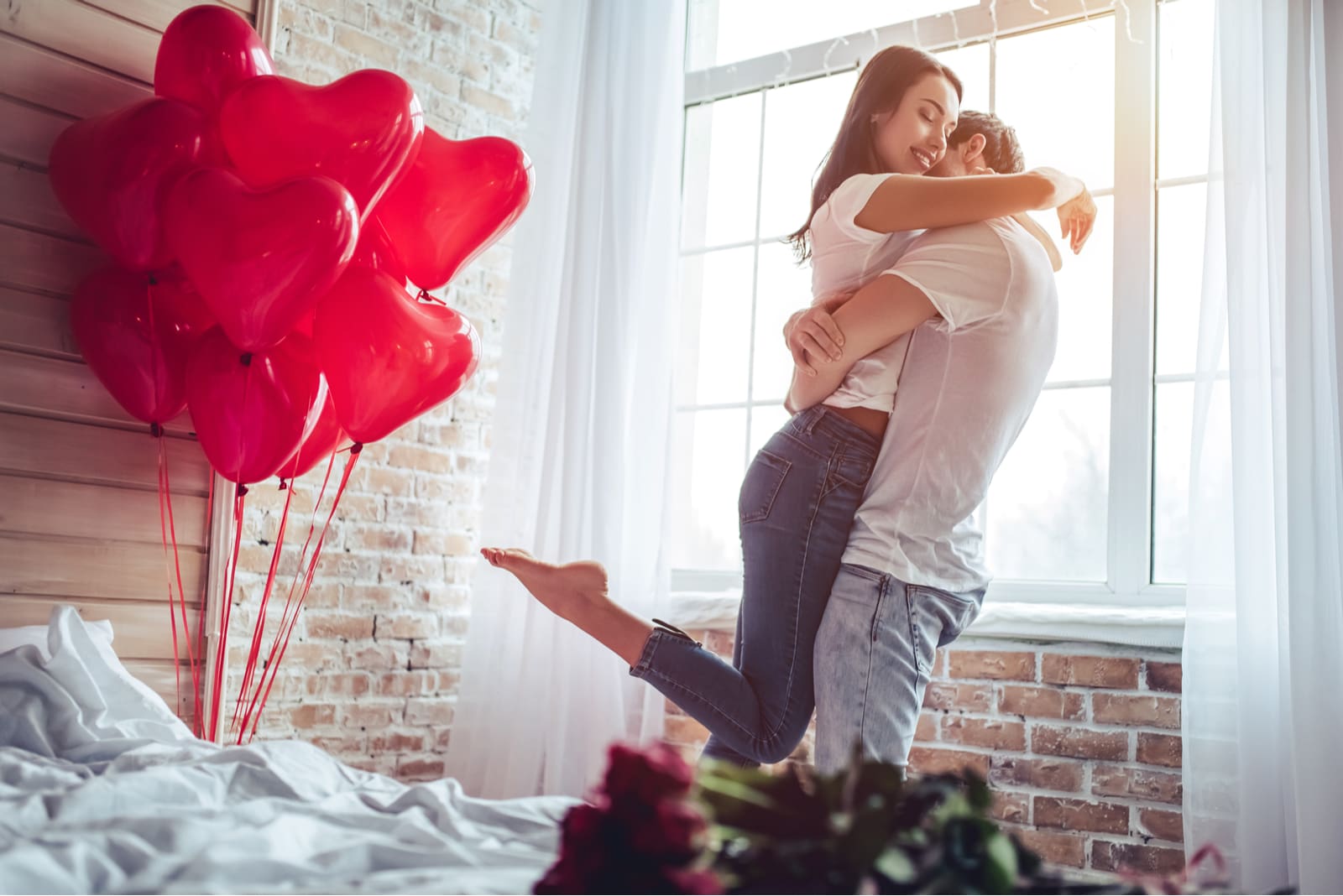 Most guys can be intimidating to girls but shy guys are the total opposite. They are down to earth, they have manners and they ultimately care. They make girls feel special without even trying because girls don’t ask for much, like many guys would think.

Holding their hand, giving them a subtle kiss or similar are the things that make girls feel special and shy guys simply rule at it.

They are not intrusive by nature, so girls don’t have to fear that they’ll be taken advantage of or similar. With a shy guy, they can chill and not worry about anything. 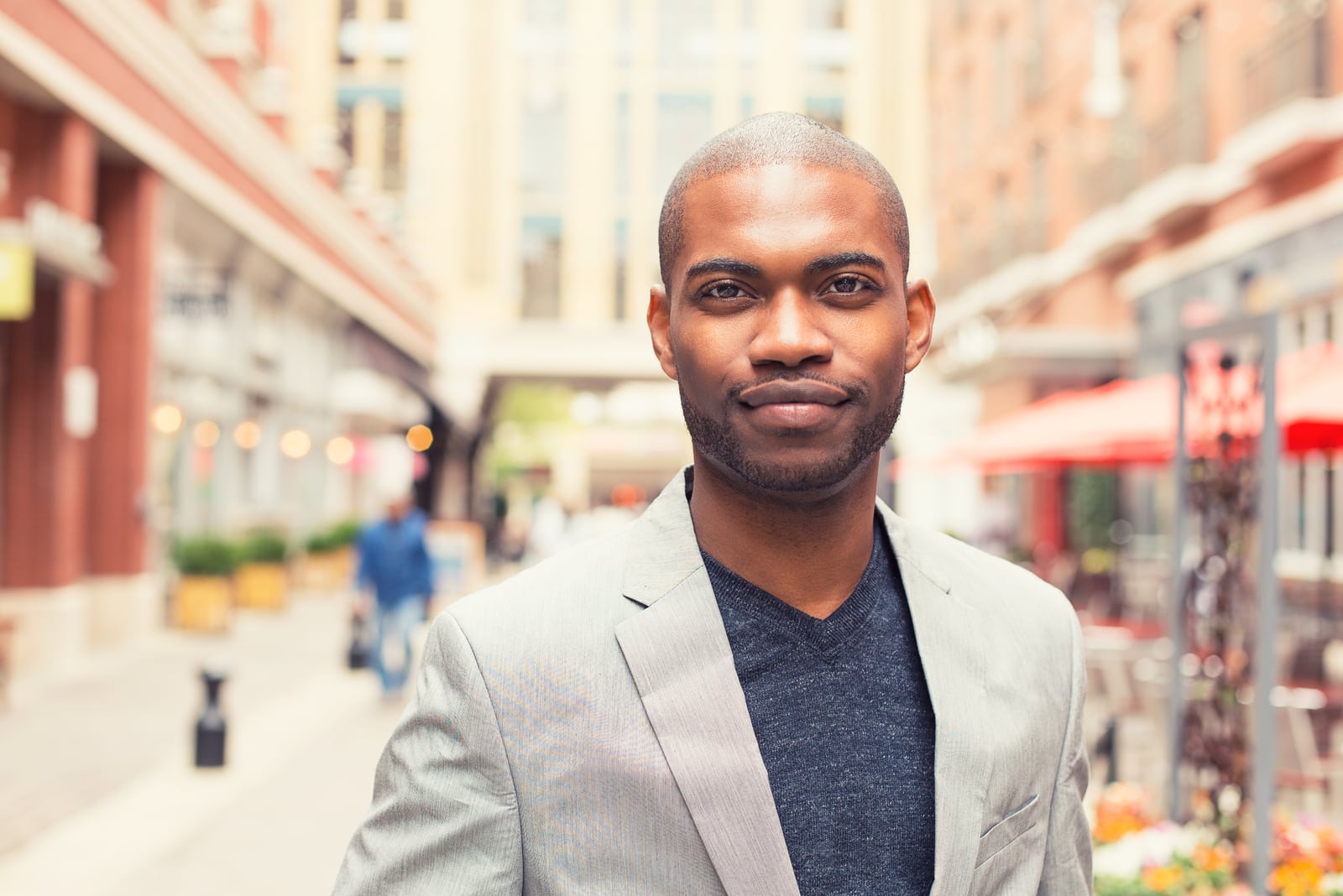 Shy guys are sincere to the core. They can’t handle lies or deceit because they are things they’ll never be able to do to someone. They will always tell the truth and nothing but the truth because they don’t want to play with other people’s emotions.

Unlike manipulators, shy guys are the opposite. They always say when something is bothering them but they never choose to lie or do something that will hurt others.

They appreciate honesty and good manners before everything else which is every girl’s prerequisite when it comes to dating. 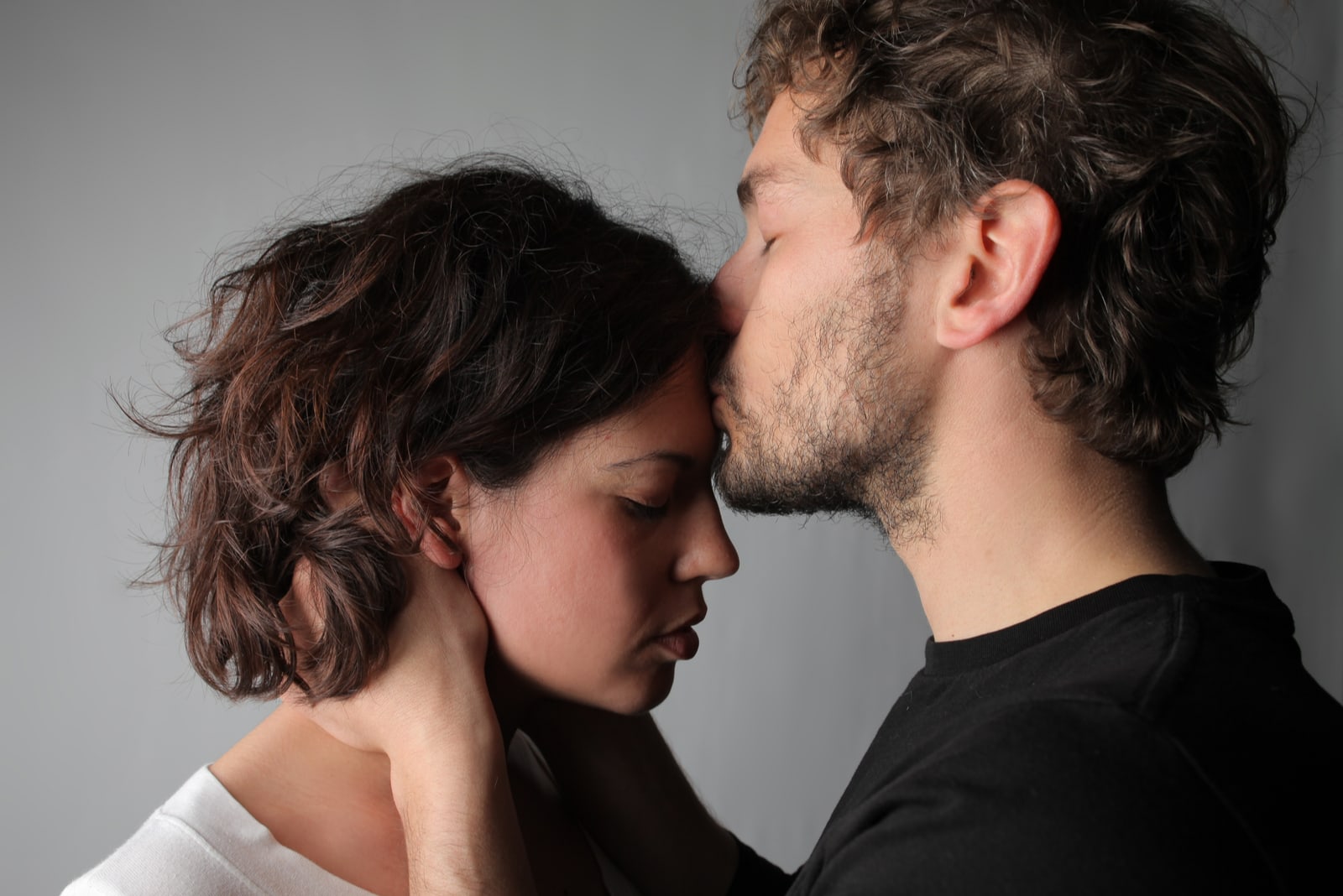 Because they think a lot and process lots of information on a daily basis, shy guys are simply great at giving advice. They are able to think of all of the pros and cons of every decision in a minute if needed, which is really helpful.

They are awesome at giving advice to others and they are also willing to listen to other people’s advice as well.

They don’t think that they know everything (because they know they don’t) and that is what makes them great at giving and receiving advice or words of encouragement.

I hope this list helped you realize the strengths you have, which the majority of guys out there lack. Now that you know your potential, use it to your advantage and I can assure you that girls will be more than happy to have such a wonderful guy in their life. 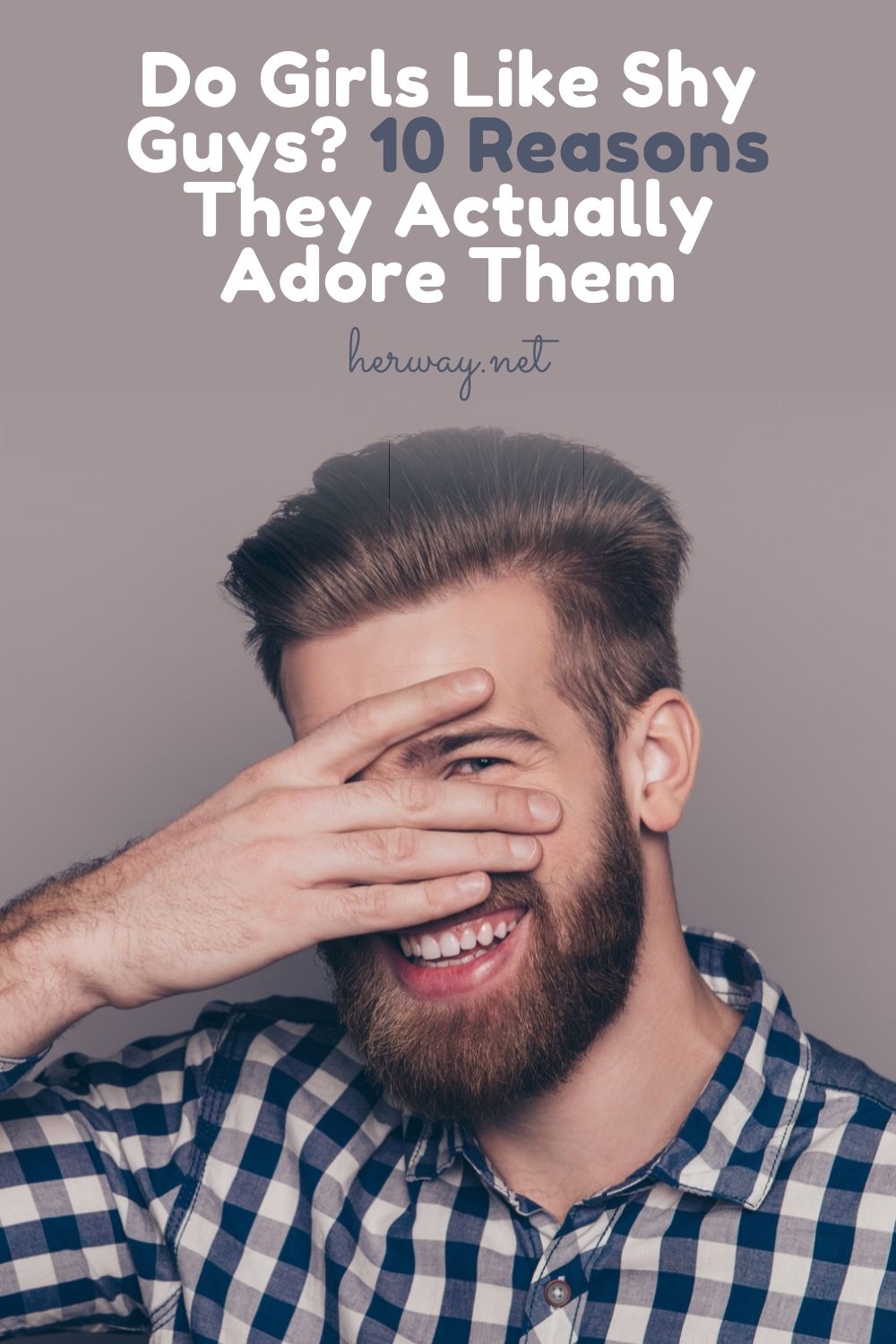