When your greatest love marries his greatest love… And you are not that person. Most of us girls have those great loves whom they will never get over. Is there any geting over at all when it comes to those men, like the one you loved with all your heart?

It was the 8th of March, a sunny day and a beautiful night after it, when me and my friends just had to go out to celebrate. You know how it goes, dancing and a few drinks… Having fun is guaranteed, as well as doing some crazy stuff!

Nothing gave me a sign or a warning about what was going to happen. I saw you in the crowd and suddenly music became muted, faces became blurry, and I felt like I had found something I had been searching a lifetime for. Love at first sight came out of nowhere and I just couldn’t wait with my hands crossed. I had to do something about the feeling that I had felt only in that moment. Never before or after.

Well, the next day, while I was looking for a way to contact him and collecting the pieces of my mind he had blown the night before, he did what I secretly expect from a guy who is as tall and handsome as him – he made the first step!

Nowadays, things start on social media more and more often, and we weren’t an exception but very soon we started dating and I felt like I’d lived with him all my life. We could just sit and talk for hours without running out of topics of conversation. Day after day, we realized that we were soulmates and there was no one happier than us. It seemed that never in a million years could it become boring…

We cooked together, watched movies, behaved silly in front of each other and we also had some seriously intelligent ideas. Without shame, without hesitating, we shared all the things and all the feelings we had. Our story just didn’t have any doubts or worries then. Somehow, we could feel that something perfect like this wouldn’t last. It was too good to be true.

Things were going great between us during the whole relationship but destiny just decided to divide our paths and nothing remained of our perfect love story that should have been about to reach the top. He wanted to stay in our hometown and I had some plans for the future that could include him but not necessarily. With time, we realized that we were both people who loved to have each other in our lives, but there was no passion. We never argued, and more and more it was like we were best friends or a part of the family…

He showed me how it looked to have everything in one person: a lover, a best friend, an older brother, support and many other things, but such is life. Some paths you just need to walk alone. So did I. 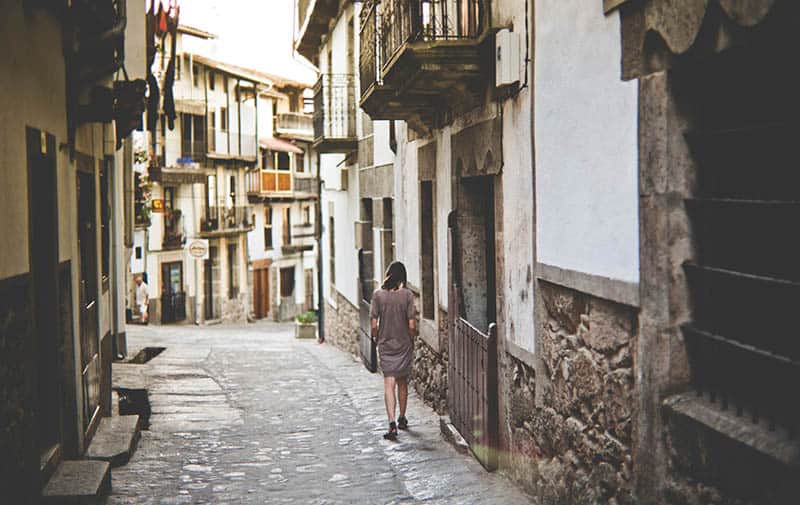 I left him because I knew that somewhere outside of our bubble, something better was waiting for him. I loved him too much to make him sit and wait for me – I couldn’t be so selfish. I knew it was the last night I was holding him in my arms, and considering the fact I decided to not be so possessive, I needed to stay strong and tell him we would never have the same relationship again. I told him everything and the most painful thing to say was that I wanted to continue my life without him and that he deserved someone way better than I could ever be.

Those words were breaking my soul so much that it felt like someone was breaking all of my bones at the same time.

He gave me the strongest hug that even today I can feel it… I went home without turning back, because I didn’t want him to see me like that. I had never wanted to be a drama queen or to show others my weaknesses. Later on, my pride didn’t allow me to do anything, so I suffered and cried but I was sure I would get over it.

I never did. I am sorry but I am not. But an undo is not possible.

With every new success he achieved, I was there to congratulate him and wish him even more luck as a friend. His new love gave me a hard time at first but I couldn’t do anything but wish them all the best.

His wedding was the last news I heard about before disappearing from his life. That was the final time for me to go, because I would never want to be a reason that someone feels bad. He deserves the best and every day of my life I will regret that I won’t be the one who will give birth to his kids, even though he is the kind of man you would want your son to look like.

This Is How I Married My Ex