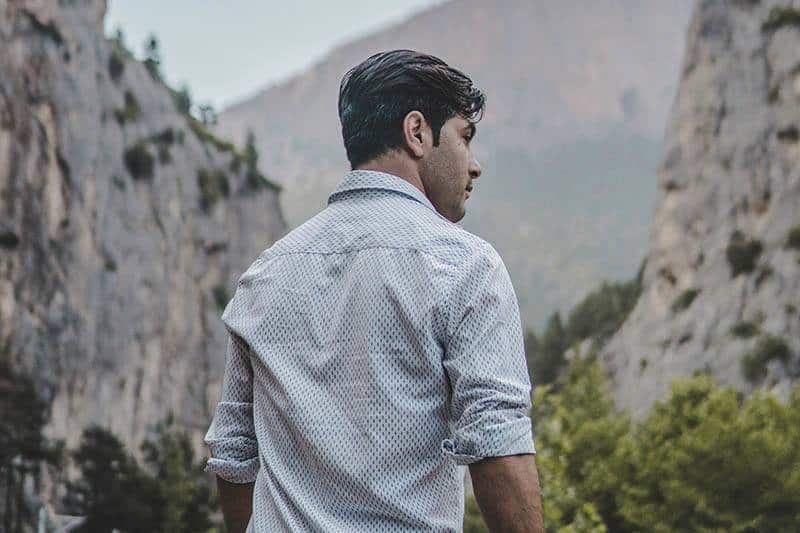 Although you may not know this, men do pay attention to what you wear. That is why we asked 35 men to reveal their biggest fashion turn-offs on girls and here is what they told us.

A lot can be said about you based on your make-up. Most guys will tell you they don’t like too much make-up but the truth is they like to see a woman who only LOOKS the way they think a natural woman should look. So that doesn’t mean they don’t like make-up—hey just don’t like it when it’s too obvious.

The same goes with fake tan which is too obvious. Most men told us they prefer to see a girl with no tan at all over a girl with an orange, fake tan.

You may think that every man would be turned on by a girl wearing too short shorts but the truth is actually different. They say it is a huge turn-off if they see you wearing shorts which don’t even cover up your ass, although it is proven that men fall for women with big butts.

Nobody likes to be near someone with an unpleasant body odor but guys also don’t like when you exaggerate with strong perfume because that can just be counterproductive.

Big, fake eyelashes is another turn-off for some guys. They simply say they are scary and unnatural.

There is nothing wrong with accessorizing your clothes but men say it turns them off if you have too much jewelry on yourself at the same time.

Most men don’t like when girls make a duck face. They don’t like it on selfies or in person.

Yes, almost all women like to wear high heels and shoes that look nice. But if you know you’ll have trouble walking while wearing a specific pair of shoes, it’s better to avoid them.

Apparently, men don’t see the point in waxing your eyebrows and then getting them tattooed back on. And apparently, they seem to notice tattooed eyebrows.

10. Too much plastic surgery

There is nothing wrong with using plastic surgery if you can change something you don’t like about yourself. But if you want to be more attractive to guys, don’t use it too much because according to them, they’ll think of you as insecure and shallow.

11. Fake fingernails that are too long

I know most of us girls, like to experiment with different styles of fingernails but guys prefer it when you keep it simple. They simply don’t like fake fingernails that are too long and have shiny patterns.

Your lips are one of your most important feminine traits. That is why you should avoid using, for example, black or blue lipstick colors, because it obviously turns men off.

Too many piercings, especially if they are on your face, turn most guys off at first glance. They simply perceive you as rebellious and therefore immature, although they are probably not right.

Most of us dye our hair and I’m not even sure guys notice that. But they will surely notice if you dye it green or any other ‘unnatural’ hair color. And not only that—they’ll also be turned off by it.

When a guy who likes you looks at your lips, his first desire is to kiss you. But that won’t happen if you are wearing lip gloss that looks too shiny or too sticky.

One of the biggest turn-offs for most guys is a girl wearing make-up at the gym or by the pool. There is nothing worse than your make-up covered in sweat.

Guys don’t enjoy seeing too much animal print on a girl they like. They simply connect it with trashy clothing.

It’s similar to wearing clothes that are too short. Contrary to popular belief, men don’t like when you show them all of your attributes right away. Instead, it drives them crazy when you are accidentally sexy.

Another fashion turn-off for guys is a tattoo that is too large and covers half of your body or even your face.

Nobody expects you to have perfect teeth but dental hygiene is always a must. Bad breath or missing teeth is a huge turn-off for most men.

When they first see us, men subconsciously look for our feminine traits. And long, shiny hair is one of them. Therefore, some men are turned off by a girl having too short hair.

Similar to make-up, when it comes to hair, men also prefer it as natural as possible. That means that overstyled hair is rarely a turn-on for men, especially if you try to do it yourself and it doesn’t end up looking the way you initially planned.

23. Showing too much skin

I am not saying that you should cover your body but the fact is that most men are actually turned off when you show too much skin right away. Obviously, they prefer to dream about your body before they see it all.

Every body type is beautiful and there is no doubt about that. But what is also beautiful is wearing clothes that fit your body type. Avoid clothing that is obviously too small or too large for you.

You like big, dark sunglasses because they protect you from UV rays and at the same time, cover half of your face. OK, just don’t wear them indoors because it’s rude and gives the impression of an untouchable diva and that is not something most guys find attractive.

27. Clothes that don’t flatter your figure

I am not saying you are not allowed to wear a certain type of clothing because you belong to a specific body type. But what turns most guys off is when you wear clothes that don’t flatter your figure. Instead, make sure to highlight your best features.

Shoulder pads go in and out of style but they are always unattractive to men. They say women look like bodybuilders while wearing shoulder pads and obviously, most guys are not turned on by bodybuilders.

29. Unappropriate clothes for an occasion

You are going for a cup of coffee in the afternoon? Then you shouldn’t wear ridiculously high heels or a tight clubbing dress. Just always make sure to dress for the occasion and you won’t have to worry.

Obviously, men don’t like capri pants. They say this type of pants points to the ‘ugliest part of a female leg’.

If you are wearing sandals, just make sure your feet and toes are ready for the season. Clip your toenails, scrub away dead skin and nourish your feet because then men definitely won’t be turned off by you wearing sandals.

Most men don’t like baggy clothes. It’s one thing if you are wearing his shirt at home but it is completely different if you are constantly wearing your oversized pajamas and sweatshirts everywhere you go.

The same way men are turned off by baggy clothes, they are also turned off by clothing that is too tight. It simply looks uncomfortable and it’s not as attractive as you might think.

When you ask most men what it is that they don’t like about Ugg Boots , most of them won’t know the real reason and they won’t have a logical explanation. But almost all agree that these boots simply turn them off.

Most guys like it when you keep it casual. They say they are usually turned off by extreme fashion and items that are almost impossible to wear.